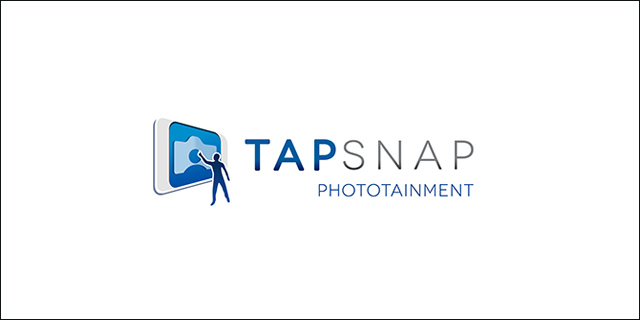 This year at our Tech Cocktail Celebrate Conference we had an awesome photo booth. It’s not just our team that’s fallen head over heels in love with the photo booth it’s kind of a big deal everywhere: weddings, mitzvahs, and corporate events.

But we’re not talking about the old school photo booth where you go in, close the curtain, make silly faces (maybe even kiss), and get your strip of printed photos. The tech community finds these older models a bit clunky, cumbersome, and out of touch with today’s times.

TapSnap has engineered a social media-savvy photo booth that’s not only sleek and portable, but also instantly uploads event photos to social media. The photo booth offers an interactive, 42-inch touch screen that showcases a range of customizable options and add-ons like digital props to corporate branding.

“We’ve done weddings to large corporate events, and it’s always the same reaction – guests love SnapCast,” says Scott McInnes, CEO of TapSnap. “It really does get the crowd involved as everyone wants to see their photos and messages up on the big screen. It’s also been a great way for companies to boost their social media engagement and maximize their brand’s reach.”

The company is based out of British Columbia, but they offer rental locations throughout North America, and even Dublin, to reach a wide range of users. Their latest and greatest feature, SnapCast, is a live, crowd-sourced photo feed of your event mixed with the Instagrams and tweets from the event.

“TapSnap is so much more than a traditional photo booth,” says McInnes. “TapSnap can transport a child’s birthday party to Candy Land – complete with giant gummy bears and unicorns – or make your company’s zombie apocalypse photo booth the biggest hit at the Chicago Auto Show. There are no limits to TapSnap’s customizability and connectivity.”