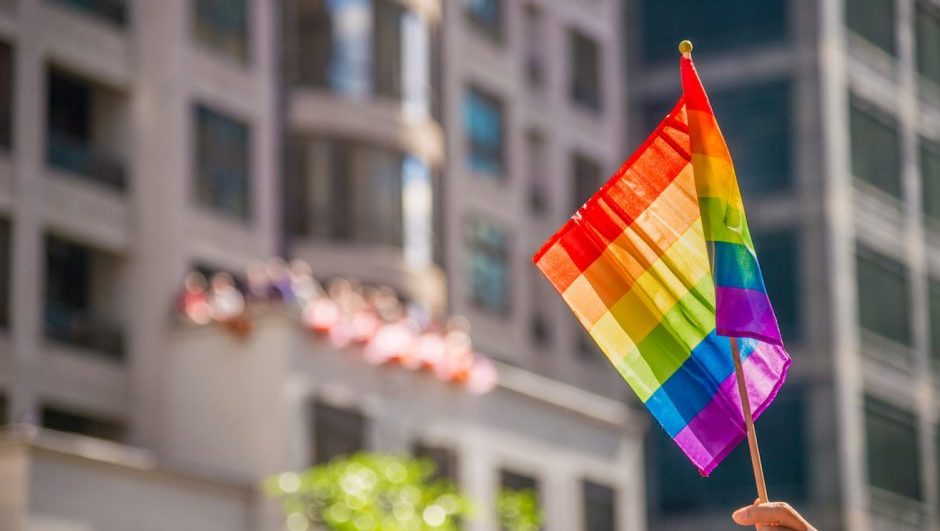 The tech community frequently boasts about its commitment to diversity, and this June's LGBTQ Pride Month has provided the perfect opportunity for some of the biggest tech companies to prove as much. From branded demonstrations of inclusivity to generous donations, we round up the various ways the tech giants are celebrating Pride Month.

Pride Month, a month-long celebration of LGBTQ people, was originally created to honor the Stonewall Riots in 1969. With parades, parties, workshops, picnics, and concerts, Pride Month is a chance to make the world a more inclusive place, and tech companies are happy to play their part.

Everyone from Apple to Spotify is taking part in the Pride celebration in one way or another. Take a look at what some other tech companies did to promote LGBTQ Pride this month.

The rainbow flag provides the perfect opportunity for companies to brand their products as supportive of the LGBTQ community. And, trust us, they really go all in with it.

Apple's Pride Month branding comes in the form of a rainbow-clad watch band for the Apple Watch. This is nothing new – Apple released the watch bands last year as well. But it's added a special twist to them in 2018: free rainbow-striped digital watch faces. 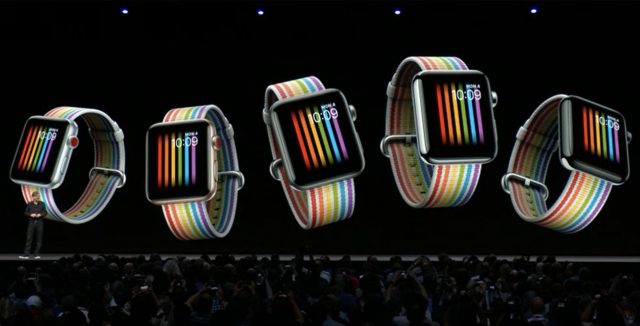 Announced during Apple's WWCD 2018 event, the new watch face can be downloaded completely free of charge from the watch face gallery in the Apple Watch app.

Being the most popular social media platform in the world comes with a certain level of responsibility. Fortunately, in recent years, Facebook has done its part to support LGBTQ users with Pride flag reactions and other branded content. And this year, it took things up another notch with a wide range of new Pride-focused features. 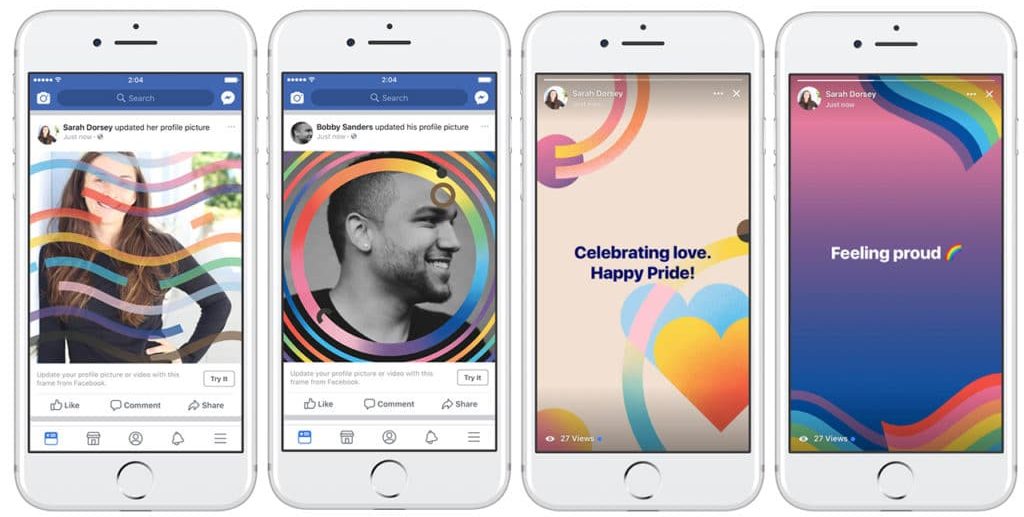 Rather than offering just a single Pride-related reaction for the month of June, Facebook has released profile badges, themes, stickers, and text backgrounds to celebrate LGBTQ Pride. It's even added a few new filters, frames, and AR stickers to its Messenger platform, so everyone can get in on the fun.

There's a wide range of LGBTQ advocacy groups, and June is their biggest month for charitable donations. Luckily, plenty of the big tech companies shell out the big bucks in honor of Pride Month.

When you're a big company like AT&T, paltry donations won't really cut it. Fortunately, AT&T dug deep this year, with a multi-year commitment to the Trevor Project, along with a $1 million donation.

“We’re proud to continue our longstanding tradition of inclusiveness through our relationship with The Trevor Project,” said Charlene Lake, senior vice president corporate social responsibility for AT&T in a press release. “In addition to our financial support, we’re bringing the power of our people and our technology to help Trevor continue expanding its mission to serve the LGBTQ community.”

The Trevor Project is a leading national organization providing crisis intervention and suicide prevention services to LGBTQ young people. The $1 million donation is the largest donation to the organization since its inception in 1998.

Apple re-released its popular Pride bands for the Apple Watch this June, as mentioned above. However, if you thought the massive tech company was going to pocket all the profits, you couldn't be more wrong.

Proceeds from the Pride Edition Woven Nylon band will go towards a number of notable LGBTQ advocacy groups, including Gender Spectrum, GLSEN, ILGA, PFLAG, The National Center for Transgender Equality and The Trevor Project. Head on over to the Apple Store to buy one now!

Selling rainbow-clad products and making donations are great, but in the spirit of Pride, actions speak louder than words. That's why a few tech companies inspired, supported, and lifted up the LGBTQ community in some really unique ways.

Celebrating LGBTQ voices is the best way to truly support the Pride movement. Fortunately Twitch has realized how important it is to lift up LGBTQ creators, which is why they're featuring a new creator everyday of the month!

Celebrating LGBTQ creators is a noble cause, but inspiring future leaders is on another level. This is why Instagram has put together a video series of five young influencers in the LGBTQ community meeting their role models. And tear-jerking doesn't even begin to cover it.

“Instagram is a home for diverse youth activism and expression,” wrote the company in a press release. “To help knit the community closer together, we gathered together five young leaders from the LGBTQ+ community in real life and surprised them with their role models for a conversation about their lives, their work and how they inspire people to be open and connect with others.”

Feeling less alone in the world is what Pride is all about, and having role models that not only inspire you, but also actively encourage you is the best way to make the world feel a little more inclusive.