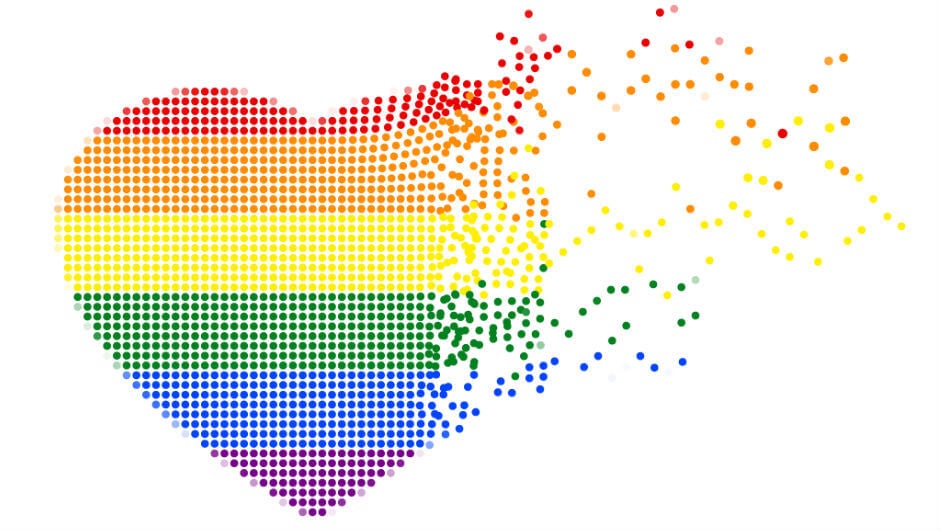 This year, LGBTQIA communities across the world celebrated Pride, marking the 50th anniversary of the Stonewall riots. Tech companies worldwide joined other corporations in supporting the Pride movement. But, for every genuine symbol of solidarity, there’s a risk of rainbow-flagged lip service. So, how can tech companies avoid such pinkwashing in future?

There’s been a significant corporate presence at major Pride marches, with a vast array of businesses draping their logos with the rainbow flag to mark their support. Among this, the support of tech corporations is to be welcomed and celebrated, and big tech has found plenty of ways to support the LGBTQIA community and celebrate pride sensitively in the past. Even so, it’s prudent to dig a little deeper into the way corporations may or may not genuinely engage with the spirit of Pride.

Pinkwashing is problematic. It provides a flattering veil for companies to briefly adopt LGBTQIA symbols and culture, without truly supporting such causes all year round.

Here are three ways big tech can be sure to get it right next Pride season, and, more importantly, the whole year through:

Rainbows do not equal pride, and pinkwashing your logo for a month does not replace supporting LGBTQIA causes all year round.

Salesforce is a great example of a tech giant living the Pride values. The company routinely honors the community and its contributions as part of its Outforce community. Outforce is one of Salesforce's employee-led communities, designed for allies in the diversity of sexual orientation and gender identity.

Bookatable.com also sets the standard with its conscientious Pride marketing by recommending gay-owned restaurants. For a further good example, look at Harrys, a razor manufacturer with a huge online marketing presence. Harrys donated 100% of the profits of its Shave with Pride merch to the Trevor Project (and the Albert Kennedy Foundation in the UK). Financial support should be a fair and accurate reflection of appreciation and alliance with the queer community.

These examples are a big step up, compared to simply using Pride as an opportunistic marketing gimmick to sell a rainbow coloured phone case.

Unless a significant percentage of the profits from Pride marketing directly benefits the LGBTQIA community and organisations, corporations may come under fire for pinkwashing and even exploitation. Be ethical in your advertising and remember that Pride is about more than just glitter and rainbows.

Corporations are often accused of eliciting the pink pound with one hand, only to funnel profits straight back into homophobic causes with the other. This could be by funding anti-gay politicians, or supporting arms deals in countries where LGBTQIA people are routinely prosecuted.

Take Uber, for example. It offers extensive support for trans employees via its Gender Transition Guidelines. But, Uber also continues to operate in countries where LGBTQIA people are persecuted, and trans drivers have even been kicked off the app due to biased arbitrary facial recognition requirements.

Retail giant Primark celebrates its support for the LGBTQIA community by donating 20% of profits from its Pride Range to Stonewall. However, the brand came under fire when it was revealed that this merch is manufactured in Turkey, China and Myanmar. Pride has been officially banned in the Turkish capital, China has a history of censoring the LGBTQIA community, and anyone engaging in same-sex relationships in Myanmar can face a lifetime in prison.

3) Give credit where credit is due

It may be easy to forget amidst the sea of rainbow clad supporters marching at Pride, but the LGBTQIA community faces hidden hurdles all year round due to the knock-on effects of overcoming marginalisation.

If, as a brand, you plan on using someone’s art, image or cultural capital in your marketing or as part of your Pride float, credit them appropriately. Corporations that are passionate about pride should elevate queer individuals to make this statement authentically.

Big tech has some great examples, here. This year, you only had to ask Alexa to tell you a ‘Pride fact’ to hear a member of the Glamazon community share historic quotes and achievements form the LGBTGIA community.

Cynics towards corporate pride may still admit that it’s better than nothing it all. And indeed, big business support is important. Beyond the generous financial donations associated with corporate pride, the added representation helps overcome stigma and suggests that these businesses provide safe spaces for the queer community to exist within. And, movements like Black Lives Matter also need to be celebrated as part of corporate Pride, lest we forget that Pride is in honour of a riot sparked by a black trans woman resisting heavy-handed police tactics.

The tech giants are some of the biggest international companies in the world, and when they celebrate Pride, it sets a precedent that can feel like a lifeline for individuals living in countries where the LGBTQIA rights are more restricted. The most important thing is that companies let that support live on even when Pride season has finished.

Rebecca is feminist writer and poet who has previously published on gal-dem.