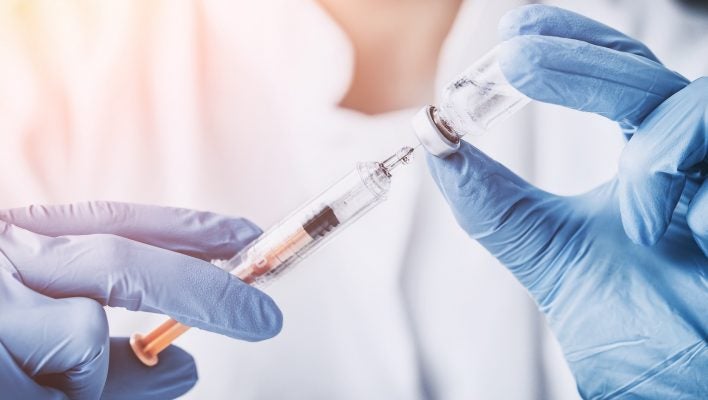 As the world slowlyachieves successful Covid vaccine rollouts, tech giants Netflix, Google, and Facebook are now seeking to keep their employees safe by imposing strict vaccine mandates within their US workplaces.

Debate is raging across the US about the requirement for vaccines – not least on Facebook itself – but the tech trendsetters are insisting that their own staff are fully vaccinated before returning to work. So far, these rules only apply to their US offices, but may expand to international branches as vaccines become more accessible worldwide.

Smaller businesses across the country are considering similar rules for their own workplaces. So, what can be learned from the standards being set by campus-based companies such as Facebook and Google?

Preparing for hybrid working? Set your business up for success with the Best Video Conferencing Apps

Which Tech Companies Are Mandating Vaccines?

This trio of tech giants are among the largest companies that have publicly stated vaccine mandates for US staff seeking to return to on-site work.

In Netflix's case, it isn't just enforcing this rule in its offices. It's also insisting that anyone working on a Netflix set – from production assistant to star actor – is fully vaccinated. In fact, Netflix is the first major Hollywood studio to make such requirements.

Facebook is allowing its employees to work from home, as long as their jobs allow for easy remote work. However, to return to the office, it's similarly demanding full vaccination.

Google is implementing the same guidelines, looking for a return to office around mid-October. While this rule is kicking in with Google's American offices, the search giant claims that it'll be extending this rule to the 40-odd countries in which it operates.

Why Are Tech Companies Implementing Such Rules?

Of course, it's not just tech companies insisting on vaccines. But, huge names such as Google, Facebook and Netflix can set the tone for wider workplace cultures, at a time when only around 10% of businesses are asking for employee documentation showing proof of vaccine.

In the looming shadow of the extremely contagious Delta variant, some companies are being especially careful to make sure that their workplaces won't be responsible for any spread among their employees or their loved ones.

These businesses are stepping in to use whatever power they have to mandate vaccinations, as the government has yet to fully enforce the vaccination countrywide. There's a hint of positive PR at play, as well as the very real incentive to keep their employees and workplaces safe.

“This is the stuff that needs to be done, because otherwise we are endangering workers and their families. It is not fair to parents to be expected to come back to work and sit shoulder-to-shoulder with unvaccinated people who could be carrying a potentially deadly virus.” – Dr. Leana Wen, a public health professor at George Washington University and a former health commissioner for the city of Baltimore

Looking Towards to a Vaccinated Future

With these massive companies making such hard and firm rules, it's possible that other tech companies will follow suit and insist that their own employees are vaccinated.

While the return to the office has been delayed by the Delta variant, we're still inching toward a future where Covid-19 may be a thing of the past.

The ethics of big tech firms may have been in question over the past year – especially Facebook's mixed responsibility as a hotbed for anti-vax rhetoric. But, when it comes to the modern world of work, they are cultural touchstones, and their insistence on vaccination is a positive move that may yet compel smaller businesses to think along similar lines.

Duncan (BA in English Textual Studies and Game Design) is an Australian-born writer for Tech.Co. His articles focus on website builders, and business software that allows small businesses to improve their efficiency or reach, with an emphasis on digital marketing or accounting. He has written for Website Builder Expert and MarTech Series, and has been featured in Forbes. In his free time, Duncan loves to deconstruct video games, which means that his loved ones are keenly concerned about the amount of time he spends looking at screens.