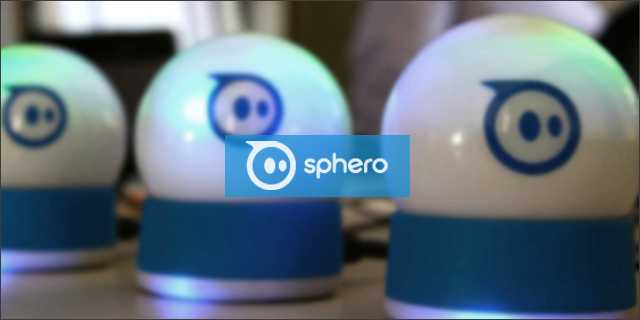 Blank slate has never been so colorful.

At last year's SXSW, Tech Cocktail covered a new robo-ball-toy called Sphero.  The robotic ball, controlled by your smartphone, puts a heavy emphasis on design.  While the ball's clear exterior rotates in order to achieve movement, the interior remains balanced. The result- Sphero's bottom half continually faces the ground (similar to how the same side of the moon always faces Earth), while the top half of the interior shines a variety of brightly colored lights.

At the time of Sphero's SXSW demo, the technology showed promise, but its application left something to be desired.

At this year's CES, the robo-ball-toy began to better demonstrate its potential.

“We demoed two games; the first is an arcade-style space invader game where you physically tilt Sphero to interact with the interface on your iPhone.  The second game is called Chromo, where you correctly match the colors on the screen by physically moving Sphero in the right direction. These are just the beginning of what’s possible,” says Paul Berberian, Sphero CEO.

The two way interaction between Sphero and a mobile device is cool, but in reality these games are only the tip of the iceberg for the robotic ball's capability.  Now that the company has opened its SDK and API to developers, Sphero is limited only by imagination.

I reached out to Berberian to help paint a clearer picture of what we could expect from Sphero moving forward (or sideways and backwards).

Tech Cocktail: What was the inspiration behind Sphero? Clearly its use (at least as of now) is entirely recreational. What sort of opportunity do you see in recreationally-focused technologies outside of traditional gaming hardware?

Paul Berberian: Our founders, Ian Bernstein and Adam Wilson, had this idea of controlling real world objects from their smartphones. Initially they were controlling light switches and garage doors and starting their cars but as they advanced their ideas in TechStars, they heard the same question from all their mentors, “Do you love what you are doing?” The answer was no – they just turned their iPhone into an inexpensive remote. Following the “Do what you love” advice of mentors, they came up with idea to build a ball robot. Ian has been building robots since he was 12, and Adam was also a hardcore hacker/maker. The notion of building a phone-controlled robot was equally appealing.

The ball robot is a really special device. It never gets stuck, it has no parts that stick out and get in the way, it is super elegant, simple to understand and just cool. Making a ball robot, especially one as small as Sphero, was a huge technical challenge that Ian and Adam were determined to solve.

Let's first dig into driving. You have never owned a device that has known its presence in three dimensions – let alone two – that can report it's position and take commands from the user. For example, your car’s GPS knows where it is, but your car doesn't. On top of that, the motor in your car is not controlled by the GPS – it is controlled by your foot on the gas pedal.

Every RC gadget in the world works like your car. Every gadget, except for Sphero.

When you direct Sphero forward, you are really making a request – for example “move on a heading of 10º at 80% power.” The computer on your phone and in Sphero then translates that request into action. Sphero's motors are commanded at over 400 times a second, ensuring that the ball goes 10º and stays on that heading. A computer is involved in every request and every action. This allows for the creation of some really cool and innovative types of games. Imagine a simple racing game where you can send your opponent a “virtual” oil slick and cause his Sphero to lose control momentarily – you can't do that if you are simply commanding the motors wirelessly.

Now let's dig deeper. Sphero's ability to retain its heading is remarkably sophisticated. We use the same algorithms used on airplanes and spacecraft. But unlike airplanes and spacecraft, Sphero's heading is still intact even after violent collisions with a wall (don't expect your plane to still fly if it hits a wall). This little robot can be commanded to perform actions that reference the user's original position. For example, imagine playing Minesweeper on your living room floor. The only way for Sphero to be able to track a grid is to be able to keep track of its position – and it can.

Finally, there is Augmented Reality. Within AR, real world objects must be identified so that virtual objects can interact with them in a spatially correct manner. Sphero is the ideal real world object to detect.  It looks the same from every angle, its size never changes, you can change its colors programmatically to help identification, and you can make it move. We have an AR pong demo in the works, where users look through the cameras on their devices and volley Sphero back and forth using virtual paddles on their screens.

Beyond gaming, we have a lot in the works but I can’t really disclose much at this time. Let’s just say there are plenty of people that would love a super cheap, highly accurate, 6 axis IMU [inertial measurement unit].

Tech Cocktail:  What is your vision of Sphero moving forward? Since releasing your SDK, are there any apps in development that have stood out to you?

Berberian:  Sphero is a magical robot ball, but the true magic happens when you see what apps are possible. I have the fortunate position of seeing things well before they are developed into any apps or firmware release, and I am constantly amazed at what this little guy can do. We have a handful of third-party developers starting to dig into our SDK as well, and we are giving them all the love we can to make sure their dev experience goes well. AT&T made an app for a developer conference and that was a huge hit – but right now I can't really disclose anything more. I can say that as we ship more units, we expect to engage even more developers. Over the next couple of months we will be hosting events that folks can come and hack away to learn about the Sphero SDK.

Tech Cocktail:  You certainly have a proven track record: six companies started, six start-ups sold. What learning lessons do you bring from your previous successes? What makes Sphero different from any of your previous ventures?

Berberian:  Focus on the product, focus on the customers, and the rest will take care of itself. Sphero is an emotional product. People either love Sphero or they don't get it (most love it). I never had so much customer emotion and passion tied into a product. I have never had this much momentum before launch, never had this much press interest, and never had a product that used such remarkable technology in such a deceivingly simple package. Plus I never had this much fun. We're making a robot ball with games – it's like the world’s best job for a gadget geek like me.

Tech Cocktail:  One columnist said that Sphero wasn't the future of gaming, instead it was “the future of cat toys.” How would you like to respond to this criticism? What challenges does Sphero face moving forward?

Berberian:  Everyone sees the world through the lens of his or her own experience. Some folks can see potential, and others can only see what is two feet in front of their face. Sphero is absolutely magical from a technological standpoint, and the potential is just beginning to be tapped. If you bought a new computer and all it had on it was a chess app, all you would see is an automated chess machine. But what makes your computer special is it can run numerous apps. You might use your computer for writing, while someone else uses it for gaming. Same machine, different function. Sphero is the same – there are a small number of apps today, but what is developed tomorrow will change how you think about robots.