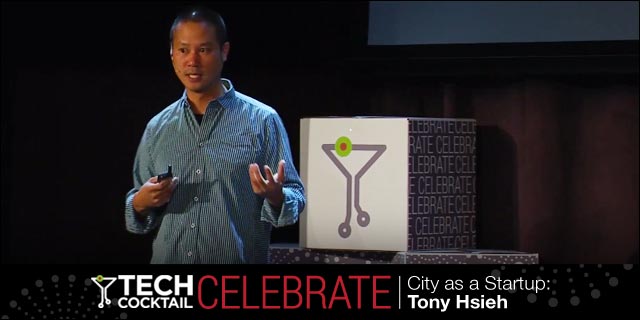 Up until 1954 people thought it was impossible to run a mile in under four minutes. But then somebody broke the mile time, and in less than one year other people were shattering the four-minute mile time as well. What changed?

According to Tony Hsieh, it was doable because one person had conquered it and others found themselves believing they could do it too. That’s precisely how Hsieh approached Downtown Vegas with the Downtown Project.

“If we can do it here [Downtown Vegas], maybe we can be the four-minute mile for the world,” says Hsieh.

The Downtown Project is continually breaking the metaphorical four-minute mile time with their focus on return on community (ROC) and return on luck (ROL) over the traditional return on investment (ROI). It’s helped them establish a culture of openness, collaboration, creativity, and optimism as they show the world new paradigms for tackling big initiatives.

We heard Hsieh discuss his theory on a City as a Startup at this year’s Tech Cocktail Celebrate Conference. Here’s the video: