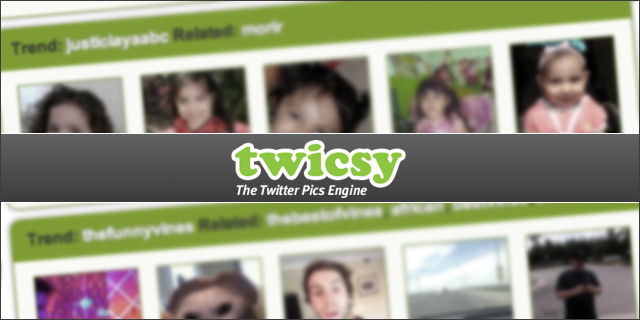 Last June here in Melbourne, we had an earthquake – which is completely unheard of for Australia. The room shook, and I was not quite sure what to make of it…was it an earthquake?

Knowing that the national news would take some time to pick up the story, I turned to Twitter with a quick search: #earthquake. 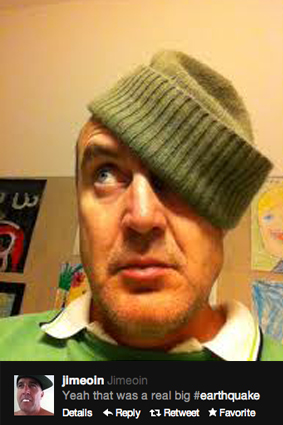 Sure enough, as the news reeled in, it was obvious that there had indeed been an earthquake. People started making jokes, or they were concerned about a possible tsunami, and a barrage of tweets from fellow Melbournians filled the stream. This is the beauty of Twitter.

Its one flaw, however, is that you cannot see what is happening. It's one thing to get text updates, but if you really want to know what is going on, you want to see what is happening on the ground. What if it were a serious earthquake? What damage did it create? Is there a tsunami on its way? Do people have photos of all these things?

This is where Twicsy comes in. It’s a way to search through all those images attached to people's tweets. Twicsy's rapidly growing fanbase is further proof that this was a problem for a wide audience.

Twicsy's founder, Chris Seline, has over 14 years experience in search. He knew that Google's traditional model of crawling the web can't keep up with the rate at which information is added by social networks. He made Twicsy highly optimized to index pictures from Twitter within seconds of being tweeted.

Since its inception, Twicsy has ingested more than 2 billion pictures posted to Twitter to create one of the largest picture search engines on the web. More than 6 million people per month visit Twicsy to see what's happening right now in the world.

So next time news is breaking, or your favorite celebrity has had too many drinks, be sure to check out Twicsy to really see what's happening!

Twicsy was a showcased startup at our Tech Cocktail DC mixer in May.

Guest author Chris Joannou is a serial entrepreneur with businesses in everything from tech to tequila. He’s the CEO and founder of Perceptar, a live mobile-to-mobile video application, CEO of Startup Melbourne, and director of the Startup Grind Melbourne chapter.