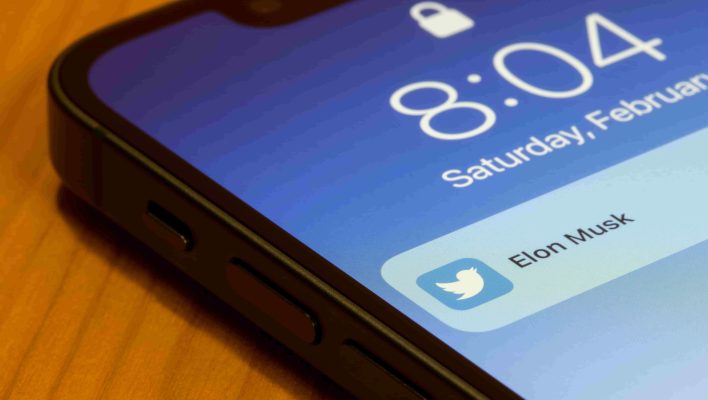 After months of murmurs, rumors, and then real-life contracts and agreements, Tesla boss Elon Musk has backed out of a deal to buy social media network Twitter.

The social media platform – which recently fired a third of its recruiting staff team – has already signaled its intention to sue Musk, roping in an elite law firm to take the case.

If Musk's buyer's remorse holds up in court, it could be a good thing – his absolutist approach to free speech means many experts predict Twitter could turn into a cesspit of bigotry with him at the helm.

Just this weekend, Elon Musk announced he was planning to end his bid to buy the social media network, on the grounds that it had breached several aspects of the deal.

The billionaire business mogul has backed out because, he claims, Twitter failed to provide enough information regarding the number of fake and/or spam accounts present on the platform.

In the regulatory filing Musk put forward, however, Musk also highlighted that Twitter fired a number of employees in leadership positions after the agreement with Musk was reached prior, and in turn, failed to comply with its duty to “conduct its business in the ordinary course”.

Twitter – which has seen its share price tank more than 30% since the two parties agreed the initial deal – has hired law firm Wachtell, Lipton, Rose & Katz in an attempt to stop Musk from reneging on the deal.

Interestingly, the same firm once defended Musk in a lawsuit brought by Tesla shareholders regarding an improper bailout of SolarCity. In that case, Musk was acquitted.

According to the Financial Times, the lawsuit will be filed with the Delaware Court of Chancery this week.

Although there are several legal disagreements born out of Musk’s contractual row with Twitter, by far the most integral is the row over how many spam, fake and/or ‘bot’ accounts there are on the platform.

Spam and/or fake accounts could realistically inflate statistics like the number of active users using Twitter, which is intimately tied to the monetary value of the platform and would have ramifications relating to, for instance, advertising potential.

Twitter claims that less than 5% of the accounts active on the platform are spam accounts.

On Thursday of last week, Twitter revealed that it was suspending and removing around one million spam accounts every day – presumably to keep it bobbing around or under 5%.

Musk, on the other hand, believes that number could be as high as 20%, and says Twitter won’t disclose the relevant information relating to spam account figures when he’s requested it.

But Twitter’s 5% figure – which has been public for a while, and always qualified as an estimate – along with Musk’s lack of evidence to the contrary, means many legal experts are eager to see how such a claim will hold up in court (if at all).

That Elon Musk has pulled out of the deal is a surprising one, The businessmen’s vast wealth, influence, and obvious love the platform – coupled with his finger firmly being on the pulse of meme culture – meant many saw it as a foregone conclusion.

In April 2022, Twitter’s board accepted an offer from Elon Musk to buy the social media network, for a sum in the region of $44 billion. The bid for the whole company came shortly after Musk purchased a 9% stake the same month, amounting to over 73 million shares.

The possible sale of Twitter to the Tesla chief attracted considerable criticism. Musk has not exactly been shy about his free speech absolutism and how he’d like the platform to operate, an attitude that would seemingly clash with the need for heavy content moderation.

The purchases were ultimately put on hold in May – only temporarily, however – as Musk demanded to know precisely how many fake or spam accounts populated the platform.

Now, that disagreement seems to be the crux of why the entire deal has come unstuck – which is how it will remain if Twitter is unsuccessful in its case against him.

Musk’s Refusal: a Blessing in Disguise?

If this does mean Musk’s deal for Twitter falls through, many will see it as a good thing. But the legal consensus – at least at the moment – seems to be that he will have to go through with the deal.

If his public pronouncements are true to his beliefs, Musk takes a ‘wild west’ approach to free speech and is an absolutist through and through. In a nutshell, for proponents of this philosophy, anything but the unfettered freedom to say whatever you want, whenever you want represents some sort of gloomy slope to tyranny.

Part of this argument rests in the idea that Twitter, Facebook, and other social media sites are, as Musk puts it, the “de facto public town hall”. In other words, they’re exactly the kinds of places we should be allowed to speak freely and unrestricted.

Even in Musk’s self-proclaimed free-speech utopia, there would still be commercial considerations and algorithms that prioritize content Twitter “thinks” you’ll like. They have to, too – there's simply much too much information not to do this to some extent.

But that makes sites like Twitter and Facebook more akin to newspapers or publishers, rather than public squares. There is an editorial–like function they play in the process of delivering us the content we see.

Viewing Twitter and Facebook solely as blank canvases upon which users place their content is unfaithful to how they actually function and perpetuating such as view gives sites leverage to not fund and carry out content moderation in the way they should be.

Besides, the public square – or town hall, as Musk calls it – is not a free for all. In real life, there are still rules and consequences for breaking them. To use a really simple example, you are not “free” to scream at the top of your voice during a theatre viewing because you are affecting the experience of others. You will be removed from the screening.

Robust content moderation and site rules are not only compatible with, but in line with free speech.

If Twitter does indeed force Musk to honor the deal – and his views on content moderation and ‘free speech’ remain unchanged – it’s hard to see how Twitter will ever be the same again.