When the social media activism organization Sleeping Giants drew attention to ads for Uber running on the far-right website Breitbart, Uber blocked the site. But its ads didn't stop. So Uber paused ten percent of its ad spend, expecting a big drop in user acquisitions. Instead, they found a worse problem.

The bulk of Uber's ad fraud issues went down in 2017, which means that the dust is just starting to clear now. Entering the new year, brands would be wise to revisit the highest-profile volley in a billion-dollar battle still faced by brands today: Ad fraud.

Ad retargeting companies are the third-party services that businesses hire to track their potential customers' activity around the internet, following them and serving them ads on their favorite sites. At least, that's what they're expected to do. But it's easy to miss the target: Poor conversion tracking, poor targeting, a service that no one wants, or a leaky sales funnel can all lead to an ad campaign that gets clicks but doesn't convert.

Outright fraud comes in when the retargeting company claims it has made conversions that don't exist. Uber reported seeing users click on ads and then logging into Uber two seconds later — far too quickly. There are few repercussions for getting a little shady with which sites those ads are served on, but the benefit is huge: millions of dollar from clients' marketing budgets

“If you’re just relying on the higher-level reporting, you just don’t catch it,” Kevin Frisch, former head of performance marketing for Uber, summed it up in a 2020 interview, adding that businesses “should start by assuming that half of what’s on the display channels is fraud.”

And it can be impossible to distinguish between fraud and an ineffective ad campaign, which is just why fraud thrives in the world of programatic advertising.

Uber's initial 2017 suit was against U.K. mobile ad agency Fetch, for alleged fraud, which it later voluntarily dismissed. Fetch then turned around and countersued Uber in 2018 for failure to pay its invoices (the same ones Uber claimed were fraudulent).

Since then, Uber has continued to tangle with multiple ad agencies over this exact issue. In 2019, Uber sued five ad networks — Hydrane SAS, BidMotion, Taptica, YouAppi and AdAction Interactive — for a similar issue, alleging the networks had wasted tens of millions on “low-quality or fraudulent” ads.

One revealing element of the whole debacle: Uber's new 2019 suit cited around 100 unnamed companies, which marketing watchdogs have presumed are the myriad of sub-publishers that Uber claims its ad networks partnered with in order to created fraudulent traffic. In other words, the number of companies willing to commit ad fraud — just in this one instance — numbers in the triple digits.

Extrapolate that across an entire industry, and it seems clear that ad marketing has a huge fraud problem. 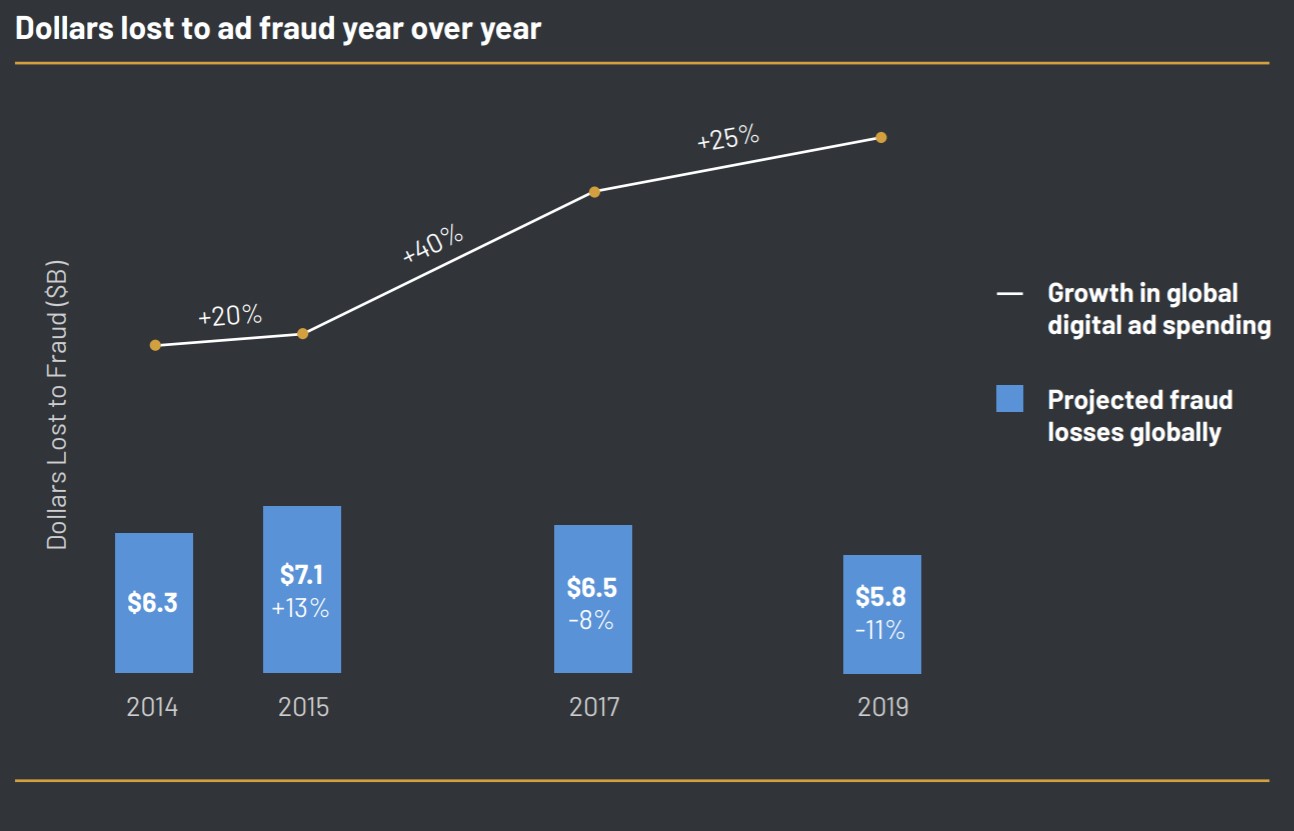 Total projected fraud losses hit $5.8 billion globally in 2019, according to one annual report. That's nothing to sneeze at, but interestingly, that number has dropped since the Uber news broke, down from $6.5 billion in 2017 after a peak of $7.1 billion in 2015.

And, during period of declining fraud, digital ad spending continued to rise, growing 25.4 percent between 2017 and 2019. That's good news, given that digital spending will likely be higher than ever in 2021, thanks to the pandemic keeping everyone solidly behind their screens.

This pushback against ad fraud didn't happen by itself, and it could start trending in the wrong direction once again. Brands can respond by investing more heavily in marketing channels that aren't as murky as programmatic ads: Email marketing is far easier to track and verify, for example. We've rounded up the top ten email marketing agencies here, none of whom have been sued by Uber.

But the main lesson to learn here? Companies willing to invest in a comprehensive audit of their ad spend's efficacy could easily reach their acquisition goals while also saving a few million. Or, if you're Uber, a tidy 100 mill.