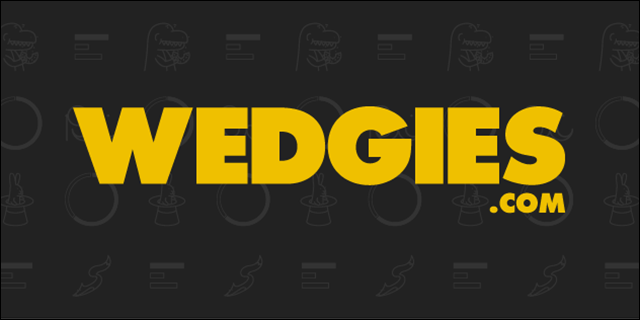 “There's really no lightweight tool to use to collect opinions on the internet. You have to go to a survey landing page, you have to take the survey; someone has to spend a lot of time creating it,” Wedgies Co-founder and CEO Porter Haney explained this pain point in an early promo video. Today, Wedgies.com is a SaaS product that completely redefines the survey market, and after tremendous growth in the last 12 months, they are able to announce that they have added $700,000 to their seed financing. Greycroft Partners led this round, with participation from VegasTechFund, KBS+ Ventures, and Battle Born Venture.

It was not long ago that Wedgies announced that they had processed one million votes in 2013, after having launched in April of that year. The company now announces that in 2014, they have powered polling across 10 million pages and 2 million voters a month for national publications like USA Today, The Wall Street Journal, Engadget, and The Weather Channel. A few months ago, they also created an importer to be able to support the polls made on Polar after it was acquired by Google.

“We spent the last year building a product to change the way survey creators engage respondents and voters through social polling,” says Haney. “In that time, we’ve seen some incredible impacts from Wedgies. For instance, when The Wall Street Journal gathered ratings of President Obama’s speeches with our polls and when the The Weather Channel utilized Wedges to name this season’s winter storms.”

“Wedgies is poised to make the Internet a legitimate and secure platform for voters and to give them an opportunity to vote through social media,” says Co-founder and CTO, Jimmy Jacobson. “We’re excited to bring more Wedgies to more places.”