The new year is just hours away, which means that shortly, thousands of journalists will be flocking to Vegas to attend CES – home of the largest annual tech showcase on the planet. Flesh will be pressed, complimentary bars emptied, but most importantly we'll get a first look at some of the gadgets that will dominate 2020.

So what can we expect to see? From robotic buddies to super high definition TVs, there will be plenty to catch up on and look forward to in the coming year.

We take a look at what's coming up, including some of the most outlandish inventions that will be dropping at the conference.

CES, short for Consumer Electronic Show, is the world's largest consumer tech event, and an opportunity for companies to show their latest innovations at the start of the year. Held in Las Vegas, the event always falls in January, and this year will run from Tuesday January 7th to Friday January 10th.

As for who will be in attendance, the show has always managed to attract big name brands such as Sony, Samsung and Microsoft, as well as smaller startups, who often bring some of the most extraordinary products with them.

The scope of the show in recent years has widened drastically, including tradional tech such as laptops and phones, and expanding to electric cars, and home products such as smart fridges and even internet-connected irons.

Rise of the Robots

It wouldn't be CES without a few robots on display- humanoid automatons whose deepest desire isn't to enslave mankind and rule the world, as science fiction writers would have us believe, but instead tell us what the weather will be like and read our emails to us.

One of these will be piBo, a Samsung product that is aimed at ‘single person households'. The exact reason for this remains to be seen, but the insinuation appears to be that piBo is intended as a companion as well as a utility. The small white robot with a rounded, friendly face will deliver news reports to its user, as well as read their emotional state and respond accordingly (at least, according to the press release). Samsung has also stated that it will be able to expand piBo's feature set with future updates. 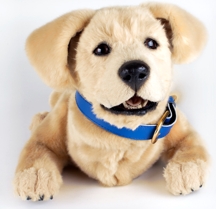 Along the same theme, TomBot will also be making an appearance. A robotic puppy designed to offer all the benefits of a dog without the unpleasantness (you know, the stinky stuff), it's a fluffy, fully articulated dog created with help from Jim Henson's Creature Shop. Decidedly more cuddly than your average robot, and said to be priced at around $500, it could prove a hit. Despite the toy-like appearance of TomBot, it was actually designed with seniors in mind, to offer companionship to the elderly suffering from dementia. CEO of TomBot, Tom Stevens, will be appearing at a panel at the event to discuss ways that robots can improve humans lives.

Traditionally, CES has been the place to get a good first look at this year's batch of TVs, as well as more “out there” proof of concept models. In the past we've seen models that roll up and fold, as well as some that are so ludicrously large that you wouldn't actually be able to fit them into you house (last year's ‘Wall' TV from Samsung).

In 2020, you can expect 8K displays to be the order of the day, even if right now there's very little native material to actually watch on them. In-built virtual assistants will also likely be more common place, with the tech filtering down from high end models to cheaper ones.

There's word that Samsung might have something special up its sleeve, with Korean media sources claiming that the tech giant will be announcing a bezel-less TV this year. This rumor seems supported by a recent trademark by the company for ‘Zero Bezel‘. According to some sources, the display is a true edge-to-edge panel. If true, it's bound to snatch some headlines in January.

We might also see some invisible TVs on the show floor – models with transparent screens that effectively make them a window when not in use. Home applications are somewhat limited, but there's been a lot of interest from the commercial sector. Both LG and Panasonic showed off the tech in 2019, but we're yet to see an actual product available for purchase.

When it comes to smartphones, you can expect to hear a lot about 5G this year. While the technology became available in 2019, 2020 will likely mark its infiltration into the mainstream.

We might also see some more folding phone tech. While Samsung's Galaxy Fold has had a bit of a rocky start, and the technology is expensive, Huawei and Motorola are already committed to producing flexible displays, so there's a good chance others will follow.

If you're anticipating the latest iPhone news, then you're out of luck. Apple doesn't participate in CES, much preferring to hold its own events for announcements. But don't worry, as sure as the sun rises in the morning, there will be another iPhone launch this year, we just won't hear about it in January.

In terms of rumors, OnePlus has been making a stir online with several hints stating that they will be ‘showing something special' at CES this year. Quite what that is remains to be seen, but there's a chance it could be the already-confirmed Concept One, a high end model, or the OnePlus 8 Lite, a mid-range smartphone that was leaked earlier this month.

One of the more unorthodox products featuring at this year's CES will be an automatic pizza-making robot, from company Picnic. Capable of making 300 12-inch pizzas an hour, it's sure to attract plenty of attention as visitors clamour to see it in action, and grab a pepperoni slice at the same time. Intended for corporate events rather than home use, Picnic say “the sky's the limit”, and there's the potential to make other fast food meals en masse in the future. 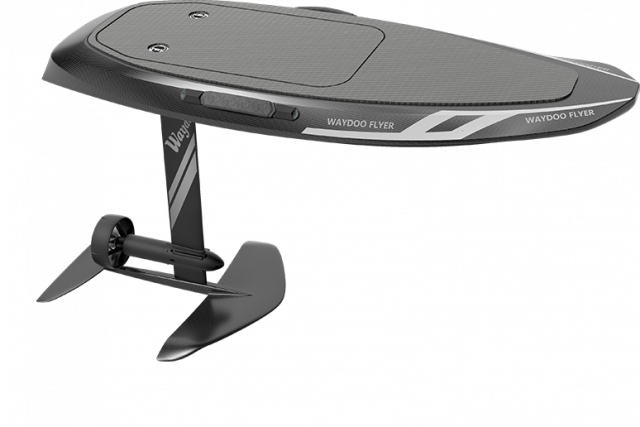 Thought hoverboards were the future? Pah, that's old news now. How about a flying surfboard? The Waydoo Flyer glides through the water, with the rider standing on a platform above the surface. Battery powered and with enough juice for over an hour of surf time, it promises to be a lot of fun. Hands on demonstrations at CES might be rather limited, but with a top speed of 28 MPH, it's sure to make waves on the water. It'll cost you $6,500, mind.

Pets are big business too, and owners love an excuse to treat their furry friends to the latest gadgets. Company NovandSat SAS are appealing to cat owners with the Cue Caremitou– a connected cat litter tray that analyses your feline's waste for signs of health problems. It will also weigh your puss, and tell you how many times its has visited the litter tray, with results delivered straight to its dedicated app.

To catch all the CES news and new product releases, check back next week. CES beings on Tuesday 7th January, and runs until Friday 10th January.