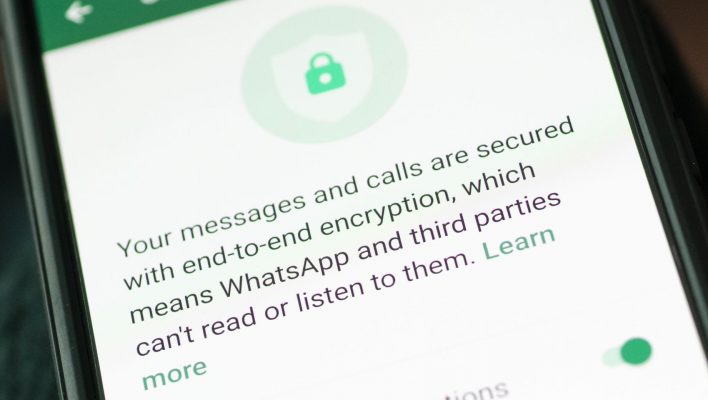 One of the world's most popular messaging apps just got a bit more secure, as Facebook announced that WhatsApp will be getting end-to-end encryption on its message backups for all users.

Online security is quickly becoming one of the most important aspects of the digital world. With the gravity security breaches and ransomware attacks finally reaching everyday users, new security features are popping up in smartphones, apps, and other devices and services on a daily basis.

Now, the largest messaging app in the world is finally catching up by providing end-to-end encryption on all cloud backups.

Announced this week, Facebook — the parent company of WhatsApp — revealed that the popular messaging app would be getting end-to-end encryption on backups. The app has provided end-to-end encryption by default for the last five years, but this added security should add an extra layer of protection for your peace of mind.

“No other global messaging service at this scale provides this level of security for their users’ messages, media, voice messages, video calls and chat backups.”

To be fair, there is no messaging service operating at the scale that WhatsApp is. The messaging app boasts nearly two billions users around the world, which means that this kind of security measure probably should've already been in place.

Still, it's good to see Facebook making some kind of effort when it comes to security.

What is End-to-End Encryption?

In so many words, end-to-end encryption is a type of security protocol that allows only the communicating users to view the messages. It's considered one of the most proficient and effective means of encrypting data, making it an incredibly attractive feature point for any user concerned about security.

Zoom is a notable example. After its meteoric rise at the start of the pandemic, the newly popular video chat tool was inundated with security issues due to the influx of users. However, Zoom recently added end-to-end encryption by default for all calls, even if you use the service for free, so users are ensured of a secure experience.

How to Protect Your Business Online

If the largest and most popular messaging app in the world is taking added security measures to its backups, it's safe to say your business should probably be taking some kind of security measures yourself. Whether it be protecting employees passwords or encryption access to your system, something needs to be done. Fortunately, we've got your back.

At Tech.co, we've done a lot of research on the importance of security at your business, collecting a wide range of digital resources and online tools that can help you make sure your company data is as safe as possible.

From remote access software and password managers to VPNs and antivirus software, we've found the best, the cheapest, and the easiest to use so you can get started with protecting your business today.