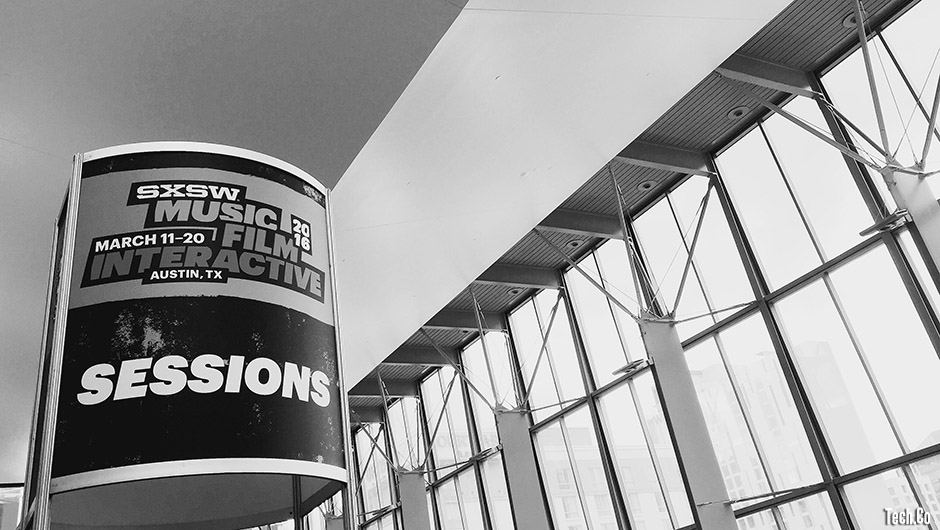 At SXSWi 2016? Consider coming out to one of Tech.Co’s many events!

While it's easy to make fun of SXSW – the pointlessness of it all, or the belief that it's just a giant party with no particular aim – the annual event in Austin, TX continue to be one of the most significant events for those in film, music, and technology. Every year, innovators from around the world make their way to Texas just for the opportunity to connect with others in their own respective fields, extend their reach to other industries, and build relationships that eventually benefit them along the way.

Especially when it comes to tech, large companies like Google and Samsung to smaller companies like Tech.Co itself continue to have a large presence at South by. In more recent years, we've seen the emergence of smaller tech ecosystems – like that of the D.C. area's – leave an increasingly stronger impact. The festival has gained so much popularity and has left so much relevance on our modern ethos that President Obama made his very first trip to SXSW this year – the first of any U.S. president – to deliver a keynote on the importance of America's innovation sector.

Withal, the decision of whether or not to attend SXSW is an important one for many companies. Considering the sheer cost of attending the event, the decision to attend or to not attend depends on whether companies can actually benefit from having a presence. Tech.Co reached out to several companies and asked them whether it's still worth it for companies to attend SXSW. Read some of what they had to say:

“As a company that works with startups at all stages of development, attending South by Southwest has played an integral role in helping us increase our presence in the United States and collaborate with a larger network of hardware startups all over the U.S. and the world. By attending the festival, we have also been able to build relationships with new potential partners and have had the chance to act as mentors for these young hardware creators, which has allowed us to greatly expand our network.”

“SXSW is one of the few events where founders from all over the US meet together with a large contingent from overseas. The alchemy of composed music, culture, and film definitely brings creativity to some founders who are are very (too) focused on technology for the sake of it.Over the years the audience and types of startups present may evolve, but it will remain a place for founders, VCs and brilliant minds to meet fellow diverse thinkers, and to discuss the market beyond technology and meet ecosystem leaders in a fun and relaxed context.”

“As one of the largest and most prominent technology conferences of the year, SXSW brings together thousands of people from all over the world. Startups that participate in SXSW not only are leveraging the conference for its massive audience, but also for a captive media opportunity. It is easy to get lost in the crowd, but for companies that are able to navigate and identify the right targets, it has proven to be an extremely effective launching pad. Brand recognition is one of the strongest assets for startups, and SXSW still provides companies with a significant platform to differentiate themselves and be recognized. For 5miles, SXSW will give our team the opportunity to build local connections (and beyond), and expand our mobile marketplace presence among consumers by interacting with them, face-to-face. We get to show users through hands-on app demonstrations what makes the hyperlocal 5miles experience so unique and powerful.”

“For me, the value in SXSW has always been about meeting new, interesting people. It's kind of like a social platform, like Twitter or Reddit or Medium. There are all kinds of people on those networks, just as there are at SXSW. So whenever people say “I hate Reddit” or “Twitter is a waste of time,” they probably just aren't following or interacting with the right people.

Similarly, if you don't find the SXSW experience useful, maybe you're simply following the wrong people.. If you're having a great experience, it's probably because you've dived in and tried to meet new friends, and there are plenty of interesting people there to meet. People who can help your startup, partner with you on interesting projects, or just be a new drinking buddy.

So if you really want to get value out of the SXSW platform, here are some tips:

“I attended SXSW last year and had a blast – the event was a tremendous opportunity for me as an entrepreneur. However, the event is large, can be overwhelming, and potentially of low value if you aren't deliberate in how you approach the event.

While plenty of companies look to SXSW as an opportunity to release and hype a product, and this can be beneficial (as Meerkat proved) we looked at the event as an opportunity to not only showcase our product…but also to meet with experts on product, sales and marketing that would not normally be aggregated in such close quarters.

By scheduling a number of coffee chats, drinks meetings and impromptu lunches between panels and parties, we were able to have 1-on-1 meetings with a number of subject-matter experts that we could not have otherwise connected with, in an intimate and casual setting.  As valuable as the content of SXSW is, the concentration of human capital is just as, if not more, important from a learning perspective, and some of these folks are now our most trusted advisors today.”

“SXSW is 100 percent still relevant for startups as Austin becomes over-saturated with every brand under the sun – all who are there to seek new opportunities. You have all the right people in one town. The challenge is this over-saturation creates tremendous noise and distraction. So the question is not whether a startup should go to SXSW but rather, how to stand out at SXSW and grab the attention of brands and the true decision makers.”

“As a tech exec, digital media tech CEO, and also angel investor I find SXSW to be extraordinarily valuable.

The event may have ‘jumped the shark' in terms of trying to get noticed for a product or company LAUNCH, but in terms of meeting with potential investors, partners, distribution channels, and customers / clients the event is unparalleled. Much as CES is in the consumer electronics space, SXSWi is for the software / media ecosystem. Most of the people you’d normally have to travel all over the country to see will be in Austin, and with a modicum of pre-planning, as a tech exec, you can be wonderfully time efficient with scheduled meetings this coming week.”

“As a startup in Austin, SXSW is a huge opportunity for our company — but not for the reasons you might expect.

SXSW has tapered off in the past few years but I’m only comparing it to itself. It is clearly one of the largest, most sought after, most attended and most purchased media outlets nationally. Is it still relevant for startups to attend? Not if their goal is to stand out from the crowd. South by will be dominated by the major corporations and, even the startup owner’s paradise, SXSW Interactive, will be overcrowded by hundreds of other innovative companies. SXSW is a place where the exceptional is expected. Anything less than extraordinary is considered subpar.

How is SXSW still relevant for startups? Standing out from the crowd is too expensive, but working inside of the crowd pays dividends. The amount of networking opportunities alone is mind-blowing. Our team will be taking several days off to attend other marketing events — we intend to leave our impression one by one.”

“I can say that for us, SXSW would be a huge expense that's totally not worth it. Working in Silicon Valley, we already have easy access to investors. We've also had solid press through cheaper avenues like phone calls or sending products for review. [South By is worth it]:

Tech.Co has partnered with Arlington Economic Development to bring you news and stories from the Arlington tech and startup region. Check out some of their events this weekend at SXSW:

Rock Out with Your Chalk Out

On Saturday, March 12, Tech.Co will be joining with the Arlington Economic Development and the Alexandria Economic Development Partnership for Rock Out With Your Chalk Out. The pool tournament will take place at Buffalo Billiards from noon to 4 PM. This is a free event, and gives you the opportunity to meet up with your other local peers.