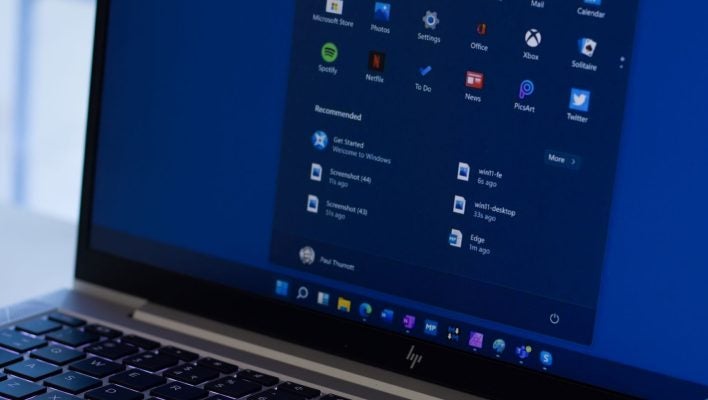 Ever wonder which apps are gathering the most information on you? Well, you might not have to wonder much longer, as Microsoft has announced that it is testing a new feature that will give more detailed information about which apps are spying on you.

There's no denying that protecting your personal information is become a high priority for the average consumer. Distrust in data gathering practices is at an all-time high and users are itching to have more control over their data. Plus, with targeted ads getting a bit creepy at times, it's fair to assume that users want to keep track of who's listening in.

Windows 11 could soon provide that, as Microsoft is said to be testing a feature that would give users more data than ever when it comes to who is tracking them.

Users got a glimpse at what the future of Windows 11 holds, as David Weston, Vice President of OS Security and Enterprise and Microsoft, tweeted the new Privacy Auditing feature that would allow users to see which apps were spying on them.

Right out of the gate, this is a big step in the right direction for personal device security. While many users are given the opportunity to opt out of data tracking and Apple is making it easier than ever on iPhones, it's often quite difficult to know exactly what kind of data is being gleaned from your device.

This new Windows 11 feature will provide some concrete evidence of sensitive data like microphone use, which is something we should definitely be well-informed about.

How to See Which Apps Are Spying on You

As we mentioned, this new Privacy Auditing feature from Windows 11 is still in testing, so users do not have access to it just yet. However, as we can understand from the screenshot provided by Weston, the path seems fairly straight forward:

You'll then be able to access your sensitive data, like the microphone and camera, to see if any of your downloaded apps are taking in a bit more information than you're comfortable with.

Online security is important, and you likely don't want to wait around for this feature to hit before you shore up your defenses. Fortunately, we've done a lot of research on a bounty of digital security tools that can help you feel a bit safer online.

Password managers are a great place to start. Considering password best practices are barely followed by the average user, these services are designed to take the often-tragic guess work out of your first line of defense against hackers. VPNs are also a solid option, as they provide encrypted web use to deter any would-be hackers.

Finally, the value of antivirus software cannot be overstated. With malicious links and ransomware attacks lurking around virtually every corner, having a more advanced setup to keep you and your business' information as secure as possible is always a good idea.