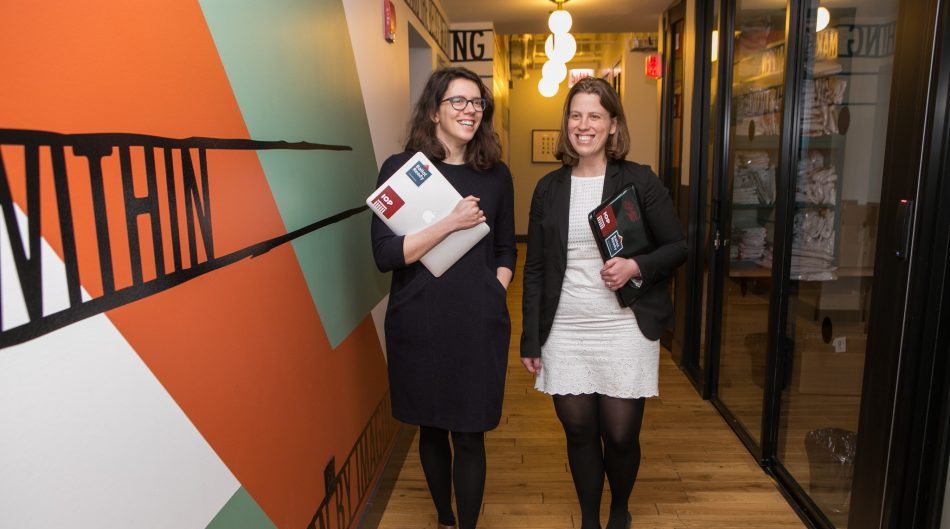 Being a woman in the startup world isn't easy. With capital going to their male counterparts at an alarming rate and more than enough pay discrepancy to make you red in the face, the gender gap has been a notable problem across the business landscape for far too long. However, despite these trials and tribulations, women founders around the world are innovating new ideas, founding thriving businesses, and making the business world a better place. And a lot of them have WeWork to thank for the help.

As perhaps the most recognizable coworking space in the world, WeWork is dedicated to bringing business resources to everyone. Their commitment to inclusivity and diversity are undeniable, as is evident from the Creator Awards and other meaningful initiatives. Their support of women founders is inspiring, and if you don't believe us, meet a few of them for yourself.

Shaniqua Davis was tired of being turned down for jobs that she knew she was qualified for. She had seen multiple studies that showed having a whiter sounding name can get you an interview a lot easier than anything else. After changing her name on applications to get in the door, she realized that there had to be a better way, which is why she founded Noirefy.

Noirefy is a digital platform that connects diverse talent to jobs at top startups and companies. Their goal is to increase diversity at corporations globally by connecting individuals from underrepresented backgrounds, African Americans, Latinx, Native Americans and Women, to jobs through the power of referrals.

These friendpreneuers had always considered themselves educated voters. Until, of course, they forgot about midterms elections one year and realized how little they knew about the candidates. That's when BallotReady was born.

BallotReady aggregates information from candidates’ websites, social media, press, endorsers and board of elections data for the latest, most accurate details about the candidates and referendums on your ballot. Their mission is to create a more informed electorate and strengthen our democracy by helping voters vote informed, all the way down the ballot.

Kane is a driven teacher that is committed to working with refugees thanks to her past experience with English language leaners. Prior to GirlForward, Kane was a teacher in Des Moine, before joining Teach for America Milwaukee, which inspired her work with refugees as the Director of Education at GirlForward.

GirlForward is a community of support dedicated to creating and enhancing opportunities for girls who have been displaced by conflict and persecution. GirlForward supports girls through three core programs. Their Mentoring Program, Camp GirlForward, and Safe Spaces Project all educate and encourage girls to expanding their horizons.