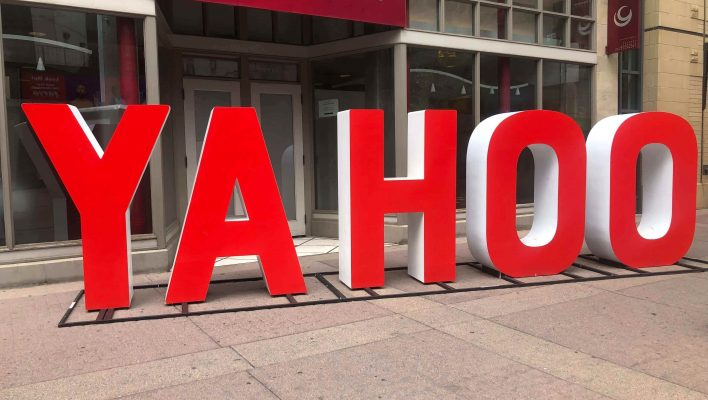 Yahoo is the latest tech company to cease operations in China, following other firms, that decried the increasingly hostile business environment fostered by the government.

The news may prompt a further exodus of companies from the world’s most populous country as regulations continue to tighten, and businesses continuing operations in China need to be aware of the rules the government expects companies to follow.

Why Have Yahoo Jumped Ship from China?

Although Yahoo wrapped up operations in mainland China this week, the writing has been on the wall for some time – Yahoo News and Yahoo Mail, for instance, have not been available in China for at least seven years.

The company had also closed its Beijing office – which largely dealt with research and development – as far back as 2015, which led to 300 employees losing their jobs. It was around this time that Yahoo also sold its stake in Alibaba, the Chinese e-commerce platform, after becoming one of the first investors to take the company’s potential seriously.

“Yahoo remains committed to the rights of our users and free and open internet. We thank our users for their support” – Yahoo.

Now, however, Yahoo no longer sees China as ripe for investment or expansion opportunities. Chinese visitors to Yahoo’s website will now be greeted with a message stating that their content is not available. If you, your staff, or your business relies on Yahoo services in China for business, you'll have to use a VPN to connect to a server in a country where Yahoo is still operating.

Is China Becoming a Hostile Environment For Business?

China’s approach to the relationship between business and government has always been different from what western democracies expect in their respective societies. But the reason for Yahoo’s move centers around a recent, major crackdown on not just US-owned or foreign technology companies, but also its own native corporations.

The Personal Information Protection Law (PIPL) – one part of China’s far-reaching five-year plan designed to regulate the economy – was recently passed by the government. All companies processing data of Chinese citizens must now have a presence in China.

Whilst Western democracies generally try to limit government influence to picking up the pieces when things go on, China’s authorities play a much more active role in steering the market to certain ends.

It’s not completely dissimilar to some of the data protection initiatives that have come into place in Europe and the UK – such as GDPR – and it’s unclear how it would be implemented, but the government’s attitude to censorship, data and surveillance means few businesses are sticking around to find out.

Already, China has banned the trading of Cryptocurrency, said many of the country’s most popular stock-trading apps were illegal, caused shares in a huge taxi firm to plummet after accusing it of illegally processing customer data. The gaming industry is also facing new and sector-changing regulations. Rarely has it been so hard to operate a tech company freely inside the country – and this is exactly what the state wants.

“If you’re an online game creator aiming to be active in China, you have to make a facial recognition program, as companies have to know whether the person playing the game is 18 or younger…breaking this law means facing incredible penalties, and no foreign company wants to take this risk”. – Nabat Garakhanov, Digital Communications Expert.

Market intervention in China is very different from most Western countries; whilst liberal democracies focus on maximizing market efficiency by allowing companies to trade without too much government intervention, the actions of China’s private sector is intimately connected to things like the government’s national development goals.

There is an onus on private companies that floated on China’s stock market to align with the goals and strategies of the central government in a way that entities operating in western private sectors would find overbearing.

If your business has branches or offices in China, then you’ll have some big decisions to make regarding whether you’d like to continue operations in light of the new regulations. If you decide you do, then you’ll need a business strategy that complies strictly with the government’s five-year plan.

Are Other Companies Joining Yahoo?

Last month, Microsoft took Linkedin out of China but confirmed that it was going to create a country-specific job listings app that adhered to new compliance standards – immediately after a report went public that some scholars were being blocked from using the site.

Epic Games, the company that produces the wildly popular videogame Fortnite, has also confirmed that it will have ceased operations in China by November 15th. The Chinese version of the game, which is called ‘Fortress Night’ and much less violent than the western version, never got out of the beta testing phase nor was approved by Chinese regulators.

If you’d like to access Yahoo and you’re currently on a business trip or holiday in China, then you’ll need a VPN. A VPN will keep you safe and secure whilst also unblocking websites by masking your IP address and connecting you to various servers in countries where Yahoo is available. However, in a country like China, you’ll want a VPN that can hide the fact you’re even using a VPN because the technology is so heavily restricted.