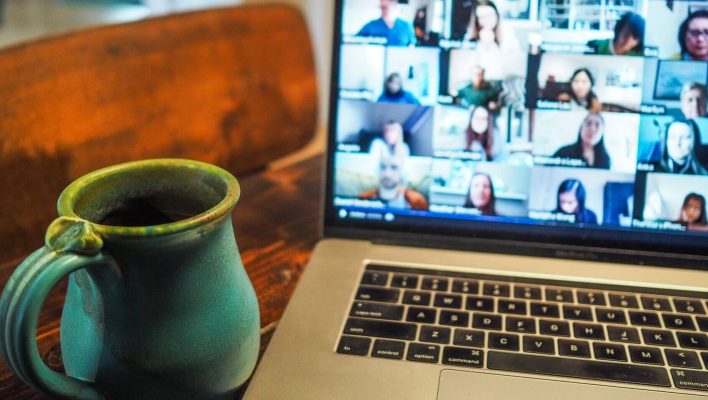 The web conferencing giant, which grew to prominence during the pandemic, is rolling out a collection of new features alongside the change of name.

A lot of companies currently use Zoom’s free and paid video-calling services in tandem with a collaborative hub product like Slack, but the new, improved Zoom Team Chat may change that.

Zoom will now let you share in-meeting chats in Zoom Team Chat, and also schedule meetings in chats or channels. This feature should be available to users by the end of the month.

“When you need to elevate a chat conversation to a phone or video call or share an idea via whiteboard, you can do so at the touch of a button right in Zoom Team Chat.”

Security is an area Zoom will have to work on if they want to compete with Microsoft Teams and Slack, considering it previously claimed to be end-to-end encrypted long before it actually was, and also suffered a number of other security-related scandals during the pandemic.

Zoom has added a string of new features to help compete with the leaders in the business comms/collaborative hub market, such as Slack. Slack has over 10 million users and is particularly popular among high-revenue businesses, with almost 80% of Fortune 100 companies using it.

However, the user base Zoom will really want to muscle in on is Microsoft Teams, which reportedly has over a quarter of a million users on its books.

Zoom itself has 300 million active users, many of which will also use Microsoft Teams or Slack alongside its video conferencing software – although developing Team Chat looks like it could turn Zoom into more of an all-in-one product.

Will the New Name Serve its Purpose?

So, why did Zoom change the name of its product from Zoom Chat to Zoom Team Chat?

According to reports, the idea to change the name arose due to users consistently confusing Zoom Team Chat (the collaboration and communication product) with the chat function you can use during Zoom meetings.

It’s an interesting move, not least because “Zoom Team Chat” isn’t exactly a clean break away from “Zoom Chat” (it’s not like it's been renamed Zoom Office Hub, for instance).

Considering the lengthy administrative aspects of a product name change, including all the subsequent marketing and advertising, you’d think Zoom would attempt to reduce the risk that they might have to do it again.

With change so slight, whether this will remedy the confusion between the company's two distinct but interoperable products is anyone's guess. But as we saw throughout the pandemic, the way Zoom can be seamlessly integrated into almost any company's existing digital infrastructure puts it in good stead.