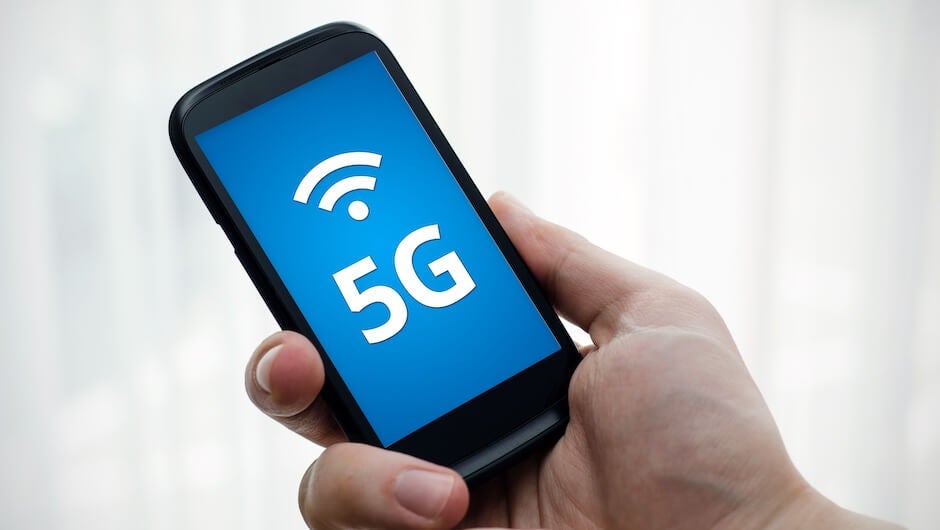 5G phones are on the way. Whether you’re an avid first adopter, a diligent tech news buff, or just an average consumer, you’ve likely heard rumblings of 5G networks on the horizon. Tech companies and service providers alike have confirmed that the faster, more comprehensive network should be here in 2019, but what exactly does that mean for the future of mobile technology?

Understanding the latest innovations in the tech industry is hardly a simple task, and 5G is certainly one of the more complicated subjects. We’ve done our best to break down exactly who is getting 5G, when it will be live, which phones will be available, and what kind of speeds you can expect from the improved network.

Take a look at some of the basics of 5G and get ready for a whole new kind of mobile living.

The biggest question for 5G networks is obviously how fast they’re going to be. The answer is “eye-wateringly fast”. On a good 5G connection, you'll be able to download an entire HD movie in just 5 seconds.

While technology has certainly improved in recent years, 4G and 4G LTE networks have struggled to keep up with the growing data demands of an increasingly plugged-in population. 5G has the capacity to change all of this.

The emergence of 5G will bring upon some of the fastest network speeds you’ve ever experienced. HD movies, gigantic Spotify playlists, and virtual reality games will all be downloaded or streamed quickly and efficiently. Take a look at how the speeds compare to some of our older networks.

When Are 5G Networks Coming?

There’s been a lot of anticipation about when 5G networks were going to become the standard. Fortunately, a lot of providers have started announcing their specific plans for the improved networks, giving consumers a better idea of when they can expect these faster speeds. Take a look at when these service providers will have 5G in the future:

While all these providers scramble to get 5G up and running for their customers, it’s worth noting that cellular service isn’t the only factor when it comes to getting this faster, more efficient network up and running for everyone. You're also going to need a compatible phone.

As of right now, there are no 100% confirmed 5G phones for 2019. But, that is likely to change quickly, with brand announcements expected early in the year. Brands including Samsung, Apple, LG, and Huawei have invested a lot of money in the innovative technology, but it’s still anyone’s bet who could launch the world’s first 5G smartphone. Here are a few potential devices that might include the faster network:

For more information on the launch rumors surrounding 5G phones, dig a little deeper with us below. And get your wallets ready, because when these devices arrive, they aren't going to be cheap.

As well as the S10, Samsung announced a larger S10 Plus and cheaper S10e. All of these phones are available to buy from March 2019, but none of them will connect to 5G networks. Instead, Samsung is releasing a Galaxy S10 5G variant. It's available in South Korea from 5th April, and will launch in other markets later in the year.

The Galaxy S10 5G is likely to have the same specs as the S10 – or S10 Plus if there's a larger variant – but will include 5G compatibility to take advantage of faster networks.

We can expect this phone to be pricey when it arrives – the non-5G Galaxy S10 launched with a $999 price.

Apple has shown no interest in being first into the fray when it comes to launching a 5G device. Still, the biggest tech company in the world has plenty of loyal followers who will wait patiently for a 5G iPhone rather than crossing the aisle for an Android device.

Many experts have said that a 5G iPhone is unlikely in 2019, and that the 2020 model will be the most likely device to be compatible with the new networks.

Unlike Apple, LG is going all-in on 5G networks. Its partnership with Sprint was built on the potential for a 5G push that could see both brands dropping the shackles of their “less-than-the-best” status.

LG just announced that the V50 will indeed have 5G capabilities, along with a seriously improved battery. The launch date has been confirmed for February 24th, so keep an eye out for this innovative phone.

Huawei is also making a big push to get 5G phones on the market before everyone else, hoping the innovation will make everyone forget about any security concerns in regards to their unsettling relationship with the Chinese government.

Huawei is expected to announce their 5G device at Mobile World Congress 2019, so keep an eye out and check back for more information as it becomes available.

Should You Wait for a 5G Phone?

Upgrading to 5G networks isn’t like the getting the newest iPhone when it comes out. 5G rollout involves a lot of moving parts – there's infrastructure, devices and call plans to be settled. All of this makes jumping on the bandwagon right when it launches a bit of a risky move.

So, should you wait to grab a 5G phone as soon as they come out?

If you’re the kind of person that needs to be at the forefront of technology, then you’ll obviously need to get a 5G phone the second they hit the market. Keep in mind, you'll be paying top-dollar for the privilege. The handsets will have inflated launch prices, and the networks will have steep monthly plans – think back to how expensive 4G contracts were when they first debuted.

Our advice? Wait a little. It probably wouldn’t hurt to let service providers work out the kinks before you go and test out a brand new mobile network for them.