It can often seem like smartphones are all the same nowadays – monochromatic slabs of glass and metal, with all the same specs made by all the same companies, with the only discernible choice being an iPhone or something else.

It’s also a competitive, fast-moving marketplace, with flagship phones from the biggest manufacturers being released every year claiming bigger and better features so even keeping up can be hard at times.

However once you start breaking down the key features of each phone (more on that later), it’s easy to work out which ones are the best for you, and which ones offer the best value.

Just want to know which phone is the best? Read our full guide to the Best Phones for 2023

There’s a lot of jargon when it comes to choosing a smartphone, which can take a lot of the fun out of your buying decision. Fortunately, each phone feature can easily be explained in simple terms to help you choose.

So, what are the main features to consider when choosing a phone?

It used to be the case that more megapixels = better photos. However, times have changed and now clever software can help cameras adjust their settings on-the-fly to take the best pictures possible, without any increase in the megapixel count.

It’s typically the case that two cameras are better than one, and three (in the case of the Huawei P20 Pro) are better than two. One of the cameras will be designed to excel at taking wide angle photos and the other for taking more detailed, narrower field-of-view shots, with the software harmonising the two images.

If you take a lot of photos on your phone, and want to take the best photos possible, it’s worth checking out DxOMark scores to find out which is best. They also have lots of images taken with the phones, so you can see what the scores mean in practice.

The front-facing cameras on phones have improved hugely over the years, too. While these were originally designed for video calls, the boom in selfie-culture means brands know all-too-well that customers expect top quality shots of themselves, too. 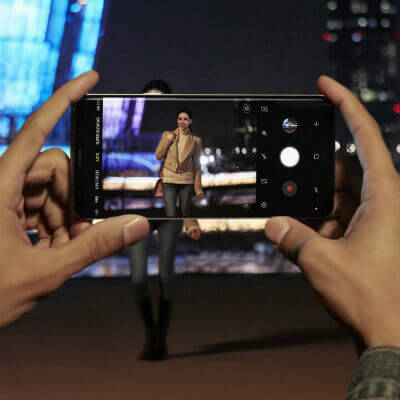 Battery life is one of the perennial issues with smartphones. The big brands are always trying to outgun each other with battery life claims. Embarrassingly, Apple found itself in some serious hot water after throttling the processors on iPhones to extend ailing battery lives on older models.

Typically the biggest smartphone batteries are around 4,000mAh, with typical batteries for top end phones are between 3-3,500mAh. This means you’ll likely get between a day or even a day-and-a-half of standby time in the real world, and somewhere between 10-15 hours of video playback.

However, the phone’s processor, screen size and screen tech will all have a bearing on its battery life. So while one phone might have a bigger battery, it might not be as long lasting.

Phones are getting bigger every year. This has been the truth since the first smartphones came into existence – the first iPhone only had a 3.5” screen, which is tiny compared to the modern iPhone range.

This has largely happened for three reasons. Firstly, we began using phones as our main devices to browse the internet, requiring bigger screens to display whole websites. Secondly, we began watching more content on our phones – peering into a tiny screen simply isn’t going to cut it when you’re trying to watch Netflix on your commute. Thirdly, bigger phones means that you have more space for a large battery, making them able to last longer.

However, there was a time when people feared that phones were getting too big to fit into people’s hands. Fortunately, most companies have managed to overcome the issues by changing the aspect ratio of the screens – basically by making it significantly taller than they are wider.

Most of the phones on this list have abandoned the 3:2 aspect ratio preferred by older phones and have instead opted for a 16:9 ratio. This means that most phones are nearly twice as tall as they are wide, so they’ll still fit in your hands, while keeping the large screen size intact. 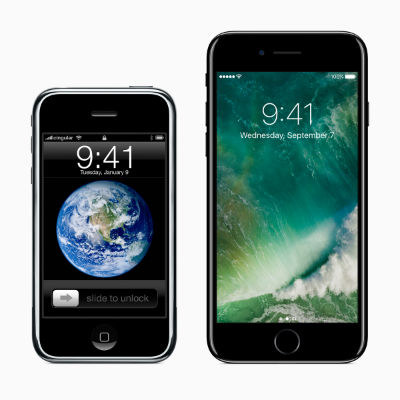 In general, the higher the number of pixels, the better and more detailed the screen. Some companies will list the exact screen resolution (like 1920×1080 for a Full HD screen). Others will give the name of the display resolution standard – for example, the Samsung S9+ has a Quad HD+ screen – giving it a resolution of 2560×1440.

However, you won’t be surprised to hear that the numbers aren’t the be-all and end-all of the screen quality debate. For example, the Pixel 2 XL’s Quad HD+ display should have been a knockout, but in many people noticed at the time of launch that the display seemed to be washed out and a bit pixel-y.

LCD, OLED and AMOLED
Another factor in the screen quality debate is the tech used to create the screen itself. Some phones, like the iPhone 8 used LCD screens, whereas the iPhone X and many other top-end phones nowadays, are using OLED-based screens.

LCDs, or Liquid Crystal Displays, use backlit liquid crystals (hence the name) to create the images you seen on-screen, this means that, even in areas where there is supposedly nothing on the screen, the phone continues to emit some light. They were the gold standard at one stage, but have now been surpassed by OLED or AMOLED displays.

These use tiny light-emitting diodes to display the colours you seen on screen – so unlike LCD displays, they can be either on or off. AMOLED displays have a layer of film behind the regular OLED panel which speeds up the rate at which the diodes can be turned on or off.

OLED and AMOLED displays tend to have greater contrast and often a larger color gamut (literally the number of colors a screen is capable of displaying), meaning better image quality. So, if a great display is top of your priorities list, go for a phone with an OLED or AMOLED display and a high resolution.

This isn’t as big an issue as it used to be – particularly with the older iPhones, which were restricted to just 16GB (or less with the earliest models). However, for many people, having to choose between their favourite apps and photos of their nearest-and-dearest is simply too difficult a choice to make.

Many Android phones (although noticeably not the Google Pixels) support micro-SD cards. These cards act like a second drive on your phone. Insert a card and you can store photos, videos, music and sometimes apps. This means for $20-30 you can double and sometimes triple the available space on your phone.

MicroSD cards aren’t the only method of boosting your storage, though. Apple has its iCloud service, which allows you to keep photos, phone backups, app, and messaging data securely stored in the cloud.

You get a paltry 5GB for free, but for just 99 cents a month you can store up to 50GB and, should your selfie game really be that strong, you can opt for a 2TB plan for $9.99 a month.

Google made a big song-and-dance when it launched the Pixel 2 and Pixel 2 XL about offering unlimited photo storage with Google Photos. This means you can snap away with impunity and keep all the other data you need on Google Drive or on the phone itself.

However, if you need a lot of storage, and you don’t want to keep data in the cloud, an Android phone is a smarter choice than an iPhone, simply because you can add a memory card.[/techco_cpa_linkable_block} 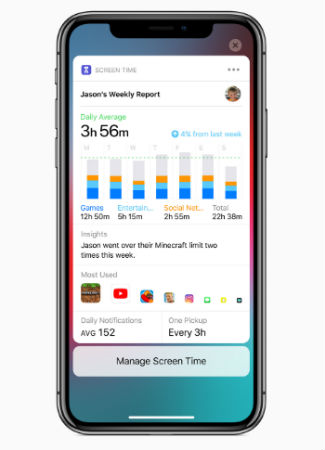 The choice between Android and iOS has become one of the fundamental choices for smartphone users all over the world.

The two operating systems perform similar functions, but are quite different in their approaches.

Apple iOS is closed-source, meaning that only Apple can access the fundamentals of the operating system and make changes to it. It also means that Apple has a large amount of control over the devices and what can be used on them – hence why malicious iPhone apps are much less common than malicious Android apps, for example. iOS also syncs brilliantly with other Apple devices (from MacBooks to Apple Watches), thanks to Apple’s control over hardware and software. 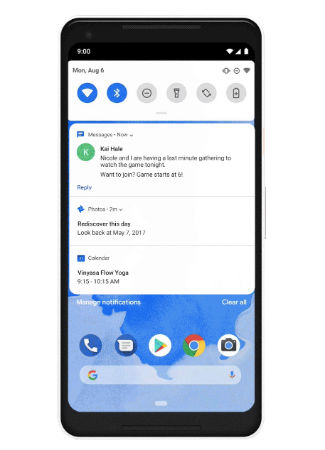 Android is an open-source operating system. This means that other companies and developers can change and modify the OS as they please, even creating so-called “forked” versions of the OS with similarities only at the most fundamental levels. This is why Huawei has OxygenOS, based on Android. You typically get more freedom to customize and change Android than iOS and a greater choice of devices.

It’s often easier to stay with one system, rather than changing back-and-forth between the two choices. This is largely because it is easier to import your old data, such as contacts and photos, from an iOS device to another iOS device or from an old Android phone to a new one.

That doesn’t mean it’s impossible to change between the two, however, so don’t let that put you off if you’re tempted to switch loyalties.