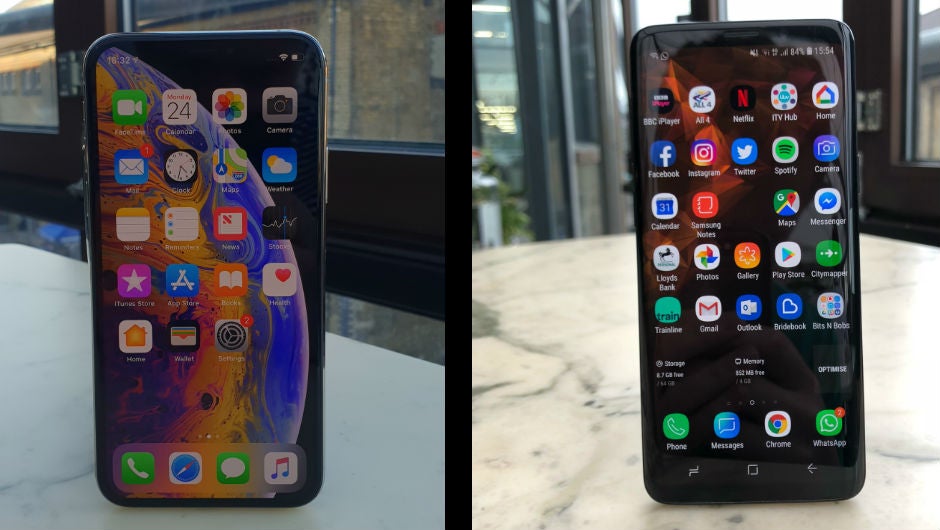 The Samsung Galaxy S9 and the iPhone XS are probably the two most important phones in the world this year. They’re, respectively, Samsung and Apple’s leading flagship smartphones. But head-to-head, which is truly the leader?

Picking between them can feel like a struggle. The XS and the S9 are about the same size, both are good looking and both should be similarly powerful.

However, at Tech.Co, we’re here to help you split the hairs between these two phones and work out which is perfect for you.

These phones are important for Samsung and Apple. The iPhone XS has to follow in the footsteps of 2017’s iPhone X which was surprisingly successful, despite its $1,000 price tag.

The S9, on the other hand, has been on sale since March 2018, and hasn’t sold as well as its predecessor the S8. This alone has been enough to eat into the Korean company’s profit margins.

Both phones are packed with technology that’s helping to push the smartphone market forward. The XS features an improved processor with extra capabilities for machine learning, making it potentially the fastest phone on the market. It also has some new camera smarts that allow you to take superior snaps, with improved HDR capabilities and an improved Portrait Mode.

The S9 still has an upper hand on the XS in terms of practicality. It has an SD-card slot, a 3.5mm headphone jack and a USB-C charger.

So, which is better?

In this guide, we'll see which phone wins in the following categories: 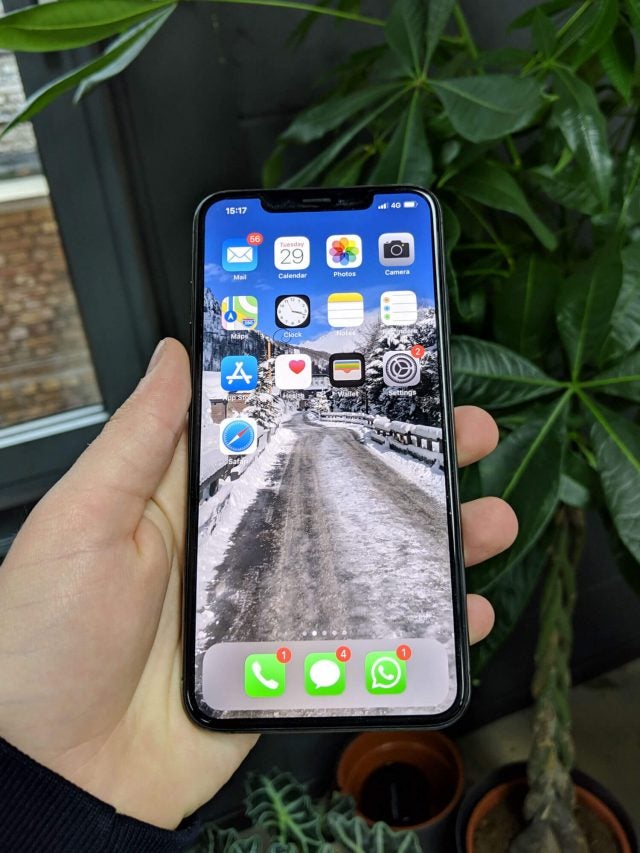 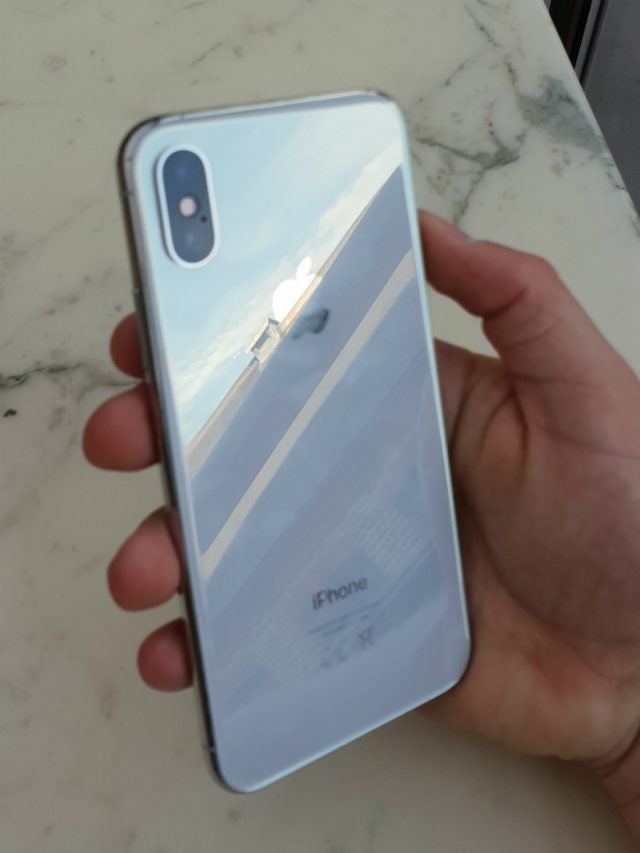 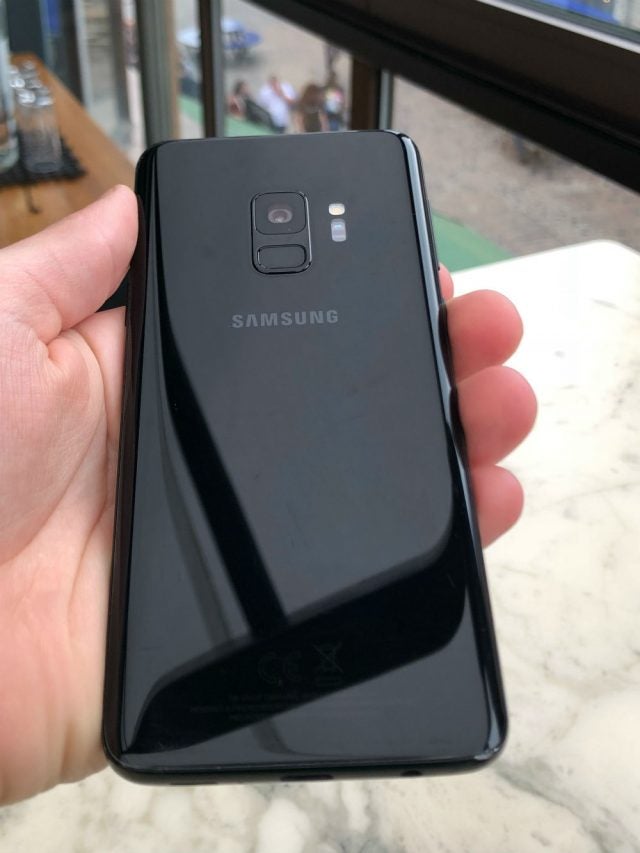 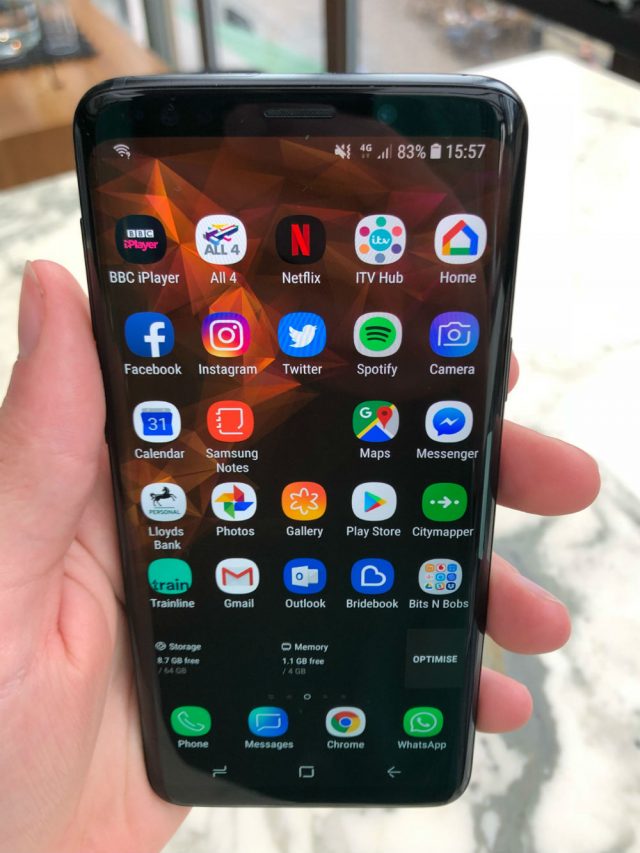 It’s almost impossible to separate either phone in the design stakes. Looks are a subjective assessment, sure, but these two phones are each stunningly designed.

Both feature glass on the front and rear. The iPhone uses a stainless steel band to connect the two panels, with the S9 using aluminum. This makes the S9 lighter, but the XS has a reassuring weight. 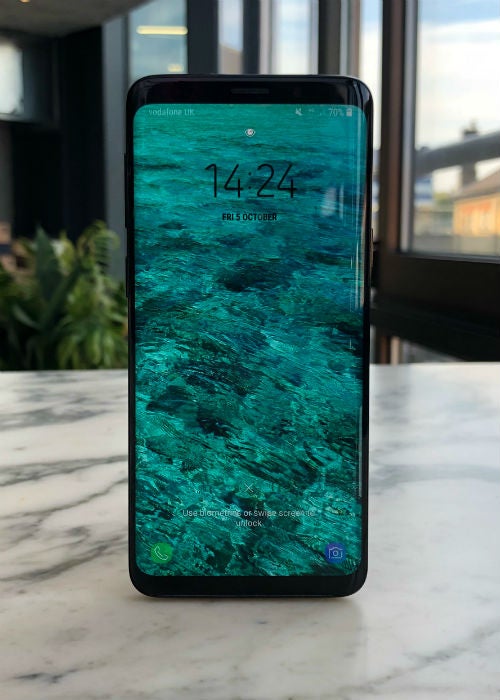 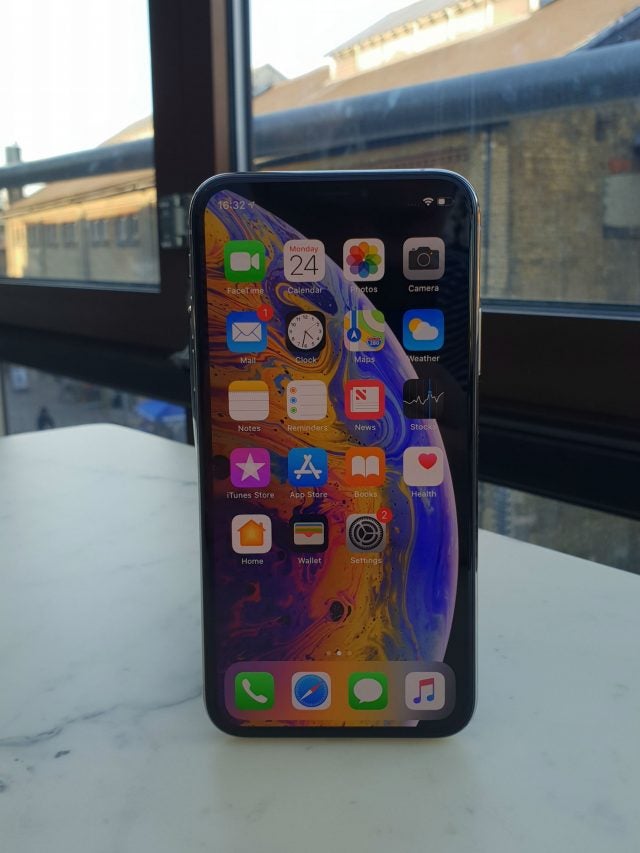 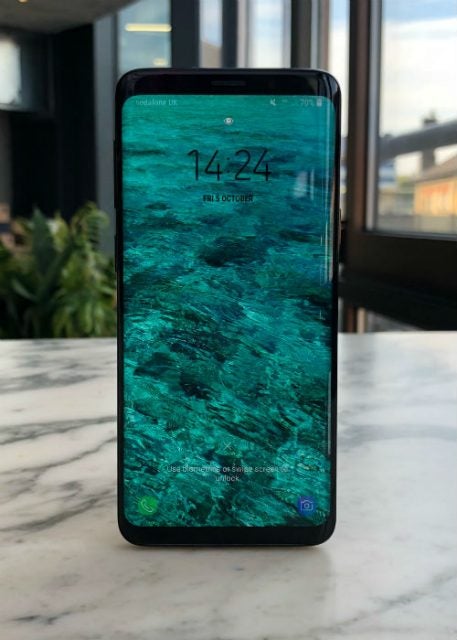 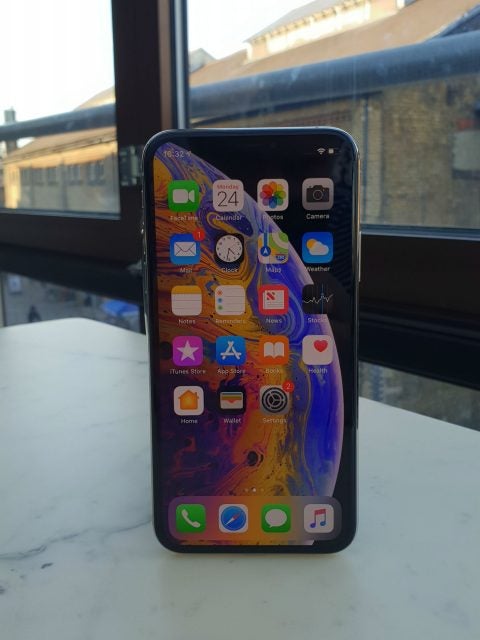 The S9 has no ‘notch’ at the top of its screen, instead having two thin bezels at the top and bottom of the display. However, XS uses the area surrounding the notch to display useful information, while preserving screen size.

The front and back of the S9 curve towards the sides making it feel nicer in-hand.

On the back, the XS has a sizable camera bump, which isn’t present on the S9.

However, the S9 puts the LED flash off to the side of the camera stack, disrupting the central line and making the rear look slightly untidy.

Verdict: Too close to call – they’re both fantastic-looking phones.

Again, both phones go tit-for-tat with the quality of their screens.

In practice, the S9’s screen will only be slightly more detailed, and you’ll struggle to see the extra sharpness with the human eye.

However, the XS supports HDR and Dolby Vision. This means the iPhone’s screen will be able to display a wider range of colours, with greater contrast. If you’re watching HDR- or Dolby Vision-enabled content, the images should really pop.

If we’re honest, both screen are fantastic, and stand out as the very best on the market at the moment. And, frankly, screen quality isn’t the attribute to study if you’re trying to work out which phone is better

Verdict: Another dead heat, you’ll be impressed by either phone screen.

There has already been some controversy surrounding the new iPhone and its cameras, with reports of excessive “smoothing” firing up internet forums.

However, this isn’t because of an effort by Apple to create some sort of “beauty filter” on the new iPhone – instead, it comes from the new HDR system. You can read more about how it works here. But, in practice, the smoothing effect is part of an effort to improve the contrast on photos – and it works. 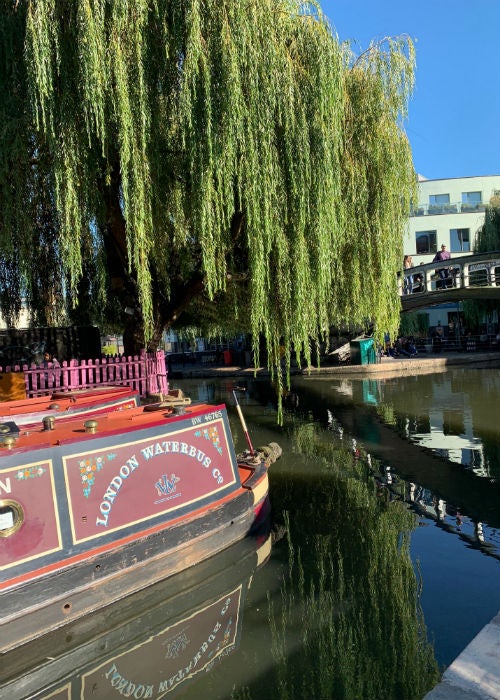 A shot from the XS' dual cameras

The XS’ cameras take bright, detailed landscape photos, with the new HDR controls working well. The headline-grabbing Portrait Mode is improved from the X, and isn’t without fault. But, it still captures excellent subject photos. 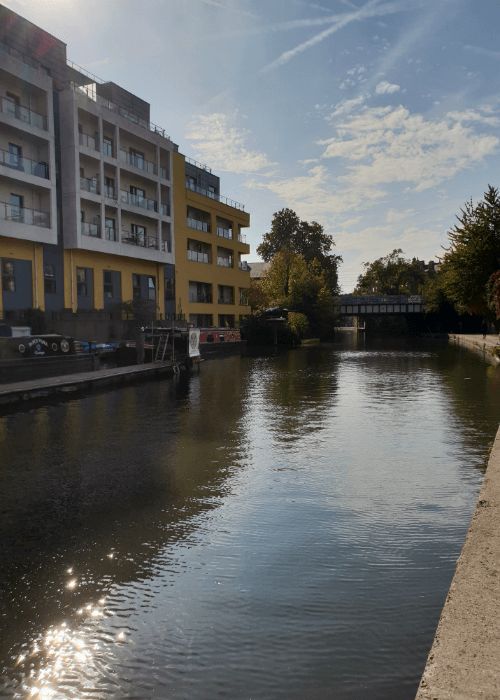 A shot from the S9's rear camera

The S9’s camera, on the other hand, can’t match the level of detail produced by the XS, although it manages difficult lighting conditions very well. For instance, in the shot above, with low sunlight creeping over the top of the buildings, the S9 still captures an impressive amount of detail in the darker parts of the image.

The bottom line? Even though Apple has the edge here, you’re still likely to be impressed by photos taken on the S9, which has one of the best cameras on any smartphone.

Verdict: The XS’ detailed shots see it edge out the S9, but only just.

There’s little to pick between the XS and S9 when it comes to features. For our money, though, the S9 wins by better combining future-facing neat touches with sheer day-to-day practicality.

Both offer facial/iris recognition tech to make the phone more secure, both offer AR emoji type-things in Animoji and Memoji for the iPhone and AR Emoji for the S9. Both support wireless charging, and are IP68 certified. 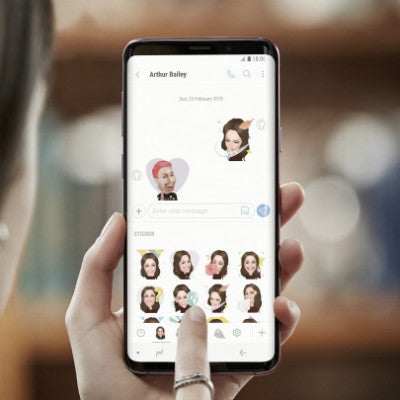 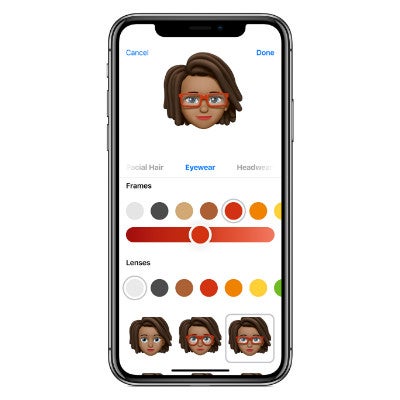 However, the S9 pulls away in some key areas. For example, you can opt for Google Assistant to be the phone’s digital assistant. Google Assistant is a much better choice than Samsung’s own Bixby or Apple’s Siri – it’s smarter, faster and integrates better with other smart tech.

The S9 also supports Dolby Atmos, a sound tech which mimicks the feeling of surround sound by intelligently directing sound around you. Apple made a lot of noise about its louder-than-ever speakers, but it can’t match Dolby Atmos.

Verdict: The S9 takes this round, largely thanks to its reluctant ties to Google.

This round isn’t much of a contest. The S9 starts at $250 less than the XS. That’s a huge saving given the relatively parity of the devices’ features.

Both offer 64GB storage in their cheapest versions, but the S9 offers support for up to 400GB Micro-SD cards. This means that you could buy an S9 with 464GB storage for less than the price of a 64GB iPhone XS.

If you want to save on an iPhone, Apple does have a generous trade-in scheme. This will give you up to $525 if you’re trading in an iPhone X. Samsung’s equivalent scheme will only offer you $200 for an S8.

It’s not much of a consolation, but if you’re set on an iPhone XS it should help soften the blow.

Verdict: No contest here, the S9 is much better value.

The Verdict – Samsung S9 or iPhone XS, Which is Better?

Given that the S9 wins two out of the five categories, and the XS only manages one, with the others tied, the S9 is the better option on paper, at least.

However, as with all smartphone purchases, convenience is often a defining factor. If you’ve previously owned an iPhone or another Samsung phone, moving over to another device from the same brand is markedly easier than trying to make the switch.

Put simply, if you own an iPhone, you’re probably better off buying another iPhone.

Having said all that, though, its difficult to argue with the massive savings offered by the S9 over the XS. If you’re going to buy a new phone tomorrow, we’d recommend Samsung’s excellent Galaxy S9.