Given the sheer amount of choice on offer, buying any Android phone — let alone picking the best one — can be overwhelming.

Fret not, though – we’re going to round up the best Google-powered phones on sale right now. And, unlike iPhones, you won’t always have to pay $1,000+ to get the best ones – in fact, some of our favorites cost as little as $350.

In this guide to buying the best Android phone, we’ll cover:

Which is the Best Android Phone?

When it comes to Android phones, the amount of choice can make it difficult to definitively choose the ‘best’ phone. For example, do you want the phone with the best camera? Or the one with the most power? What about the best screen? Some phones might tick one or more of these boxes, but none manage to be the best at everything.

You might have to make a compromise, but with so much choice, you’re likely to find a brilliant phone regardless.

Scroll horizontally to view the full table on mobile

How to Choose an Android Phone

When it comes to choosing an Android phone, it pays to keep the price and brand in mind at all times.

While all Android phones use the same core Android operating system, companies differ greatly in the way they actually implement the operating system on their phones. For example, some brands will apply skins on top of Android, changing the whole look and feel of their devices.

Some companies also release Android updates at a slower pace than others. Samsung and LG, for example, are known for taking a while to issue new versions of the OS to customers’ phones. Meanwhile, Google Pixel phones – unsurprisingly – get Android updates as soon as they’re ready. You’ll also find some phones using the Android One operating system – basically a completely stock version of Android – that get updates shortly after the Pixel phones.

If you go for one of the cheaper options, it’s worth considering that while you might not lose out on paper, it might not be constructed of the same high quality materials, and it might not have the same customer support offered by bigger brands.

If you’re considering ditching Apple for Android, you’re not alone. It’s easier than ever to switch, and more people are jumping ship every day.

You might be worried about Google search tracking, but the problem is almost as bad on iPhones now as it is on Android phones, with Google being Apple’s default search engine.

So, with all that out the way, let’s take a look at the best Android phones for 2019.

The Google Pixel 4 XL is the best Android phone on the market. It has a class-leading camera, runs a clean, stock version of Android, is beautifully made, and has performance to match even the fastest phones on the market.

Sadly, it’s not perfect. It doesn’t feature a headphone jack or expandable storage – both of which are still relatively common sights on Android phones. Plus, the battery life lacks compared to other models, which can be a real deal breaker.

However, the Pixel 4 XL offers the most complete and fully realized Android experience out there. While there are small tradeoffs, you’ll still be getting an incredible phone. 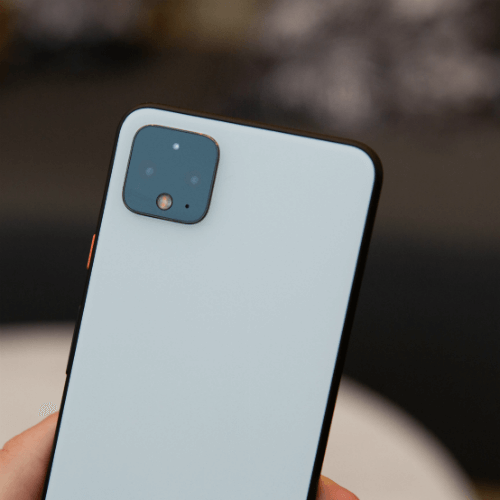 The Galaxy S10 is Samsung’s latest flagship phone, and it is stunning.

Samsung phones have had brilliant displays for a while now, but the S10 takes it a step further with an incredible Dynamic AMOLED panel, virtually no bezels, and a new punchhole camera cut out. It also has support for HDR10+, which will make the content you watch look better than ever.

Beyond that, you get a new Snapdragon 855 processor, loads of Ram, a headphone jack, and expandable storage. It also uses OneUI, a new and significantly improved version of Samsung’s Android skin. It’s easier to understand and use, as well as looking a lot cleaner. If you’re the type of person that needs a phone that can do just about everything, the S10 is the perfect phone for you. 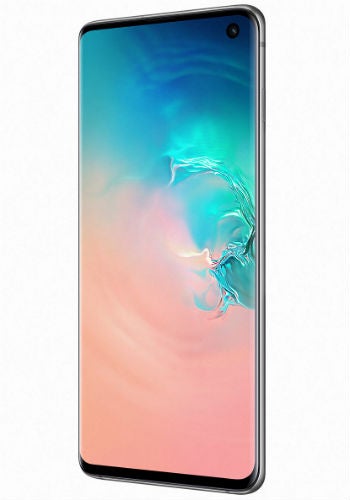 The S10e might be the baby of Samsung’s new S10 range, but it’ll still blow your socks off.

It uses the same knockout Dynamic AMOLED screen tech as the bigger S10, and the same punch hole front camera design (although it loses the S10’s curved sides). It also uses the same Snapdragon 855 processor and has 6GB of Ram, so performance won’t be an issue.

In fact, there’s precious little that separates the S10e from its larger cousin – apart from the price. The S10e costs $749, a whole $250 less than the S10. This makes the S10e one of the best value phones on the market. 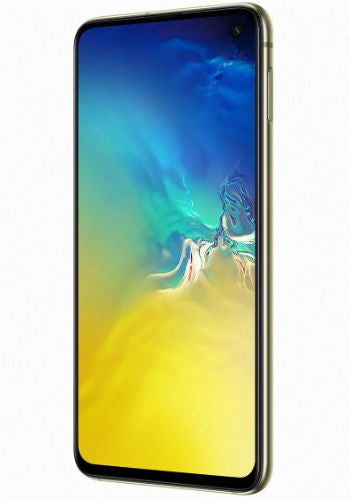 The Samsung Note 10 Plus is designed for people who need their phone to do literally everything, unlike the S10, which does just about everything.

Like the other Samsungs in this list, the Note 10 has a brilliant display and features stunning triple rear cameras, and is exceptionally well-built.

Its signature pop-out stylus (known as the S Pen) brings a range of new ways to interact with the phone, from using it as a camera remote, to sketching and note-taking while the phone itself is locked.

The Note 10 is a mobile worker’s dream. It offers split-screen multitasking, a large battery, and a powerful processor capable of running everything from Microsoft Excel to Fortnite.

However, it might be simply too big for a lot of people, as it dwarfs other large phones on the market. It’s also expensive, with prices starting at $949. But, you’re getting a crazy amount of phone for your money. 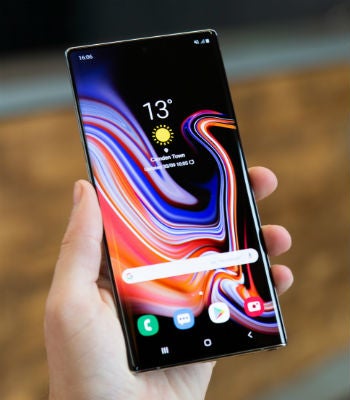 Samsung Galaxy Note 10 Plus Review
If you need a phone that can do everything, you can't do much better
4.5
In Short

The Pixel 4 is like the Pixel 4 XL we spoke about above, but smaller. The smaller screen, combined with the smaller battery, make for a more portable device, but it definitely doesn't have the long-lasting battery life of competitors.

However, you get the same incredible front and rear cameras, the same clean Android experience, and the same impressive performance. Build quality remains excellent, too. 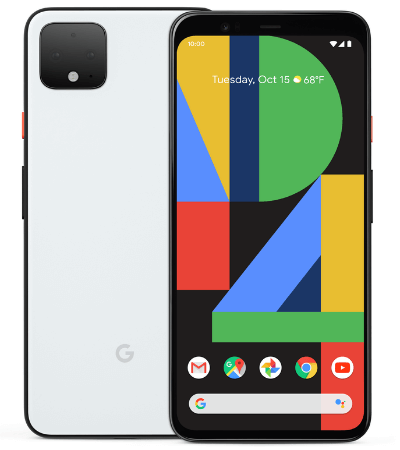 Chinese company Huawei has been on a roll recently, announcing killer phone after killer phone – despite its phones not being offered by any US carriers.

The Mate 20 Pro is a powerhouse of a phone. It uses a 6.39-inch OLED display, runs Huawei’s own crazy-powerful Kirin 980 processor, and uses 6 or 8GB of Ram depending on which storage option you select. You get a huge 4,200 mAh battery and three rear cameras, including one with a 40Mp wide angle lens. 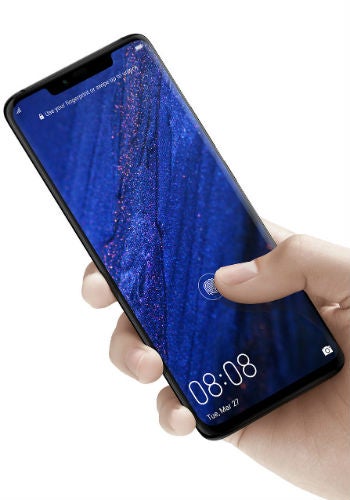 The recently released P30 Pro is a technical tour de force. It features a 6.47-inch OLED display, with a tiny semi-circle notch and curved sides. It has the same large 4,200 mAh battery as the Mate 20 Pro, as well as the same powerful Kirin 980 processor.

However, the biggest improvements have been to the cameras. The P30 Pro features a 32Mp front camera and four rear cameras, including a time-of-flight depth sensing camera and an innovative ‘periscope’ camera which allows for a remarkable 5x optical zoom.

Again, though, you’ll need to pay through the nose to get at all those cameras. Prices start at €999 ($1,126), and there’s no guarantee you’ll be able to get one stateside, either. 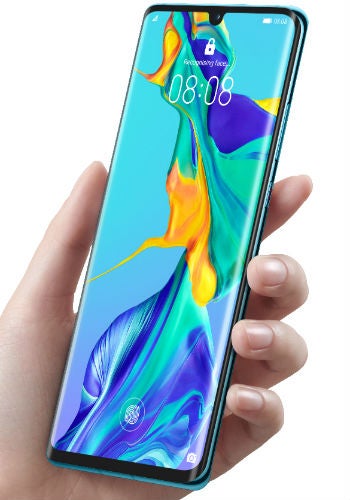 Huawei P30 Pro
Crazy specs, crazy camera features, and no longer that expensive (if you can buy one at all)
In Short

OnePlus has long been the go-to choice for people after a great value Android phone. With flagship specs and a surprisingly low price, the 7T Pro is definitely a phone worth considering.

The 7T Pro features a bezel-less 90Hz refresh rate 6.55-inch Full HD OLED display, which is stunning, and is running the Qualcomm Snapdragon 855+ chipset, which is quite powerful.

All this top-notch hardware will set you back just $599 – remarkable value considering the specifications. 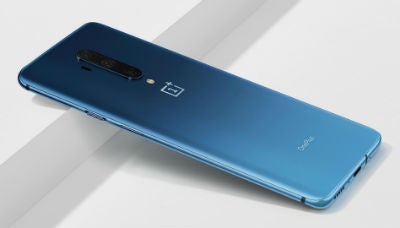 The Moto g7 Power is one of the most impressive phones on the market today. It costs just $249, but it looks like it should cost more than twice that.

It features a 6.2-inch display with 720 x 1520 pixels resolution, Snapdragon 632 processor, 3 GB RAM, and 12-megapixel rear camera. Plus, with a massive battery, you'll be able to enjoy a seriously long lasting smartphone.

Its Snapdragon 632 isn’t the fastest on the market, but it’s more than acceptable for everyday tasks. And, like the OnePlus, its materials aren’t quite as premium as some flagship phones. However, it feels reassuringly solid, and is very comfy to hold. 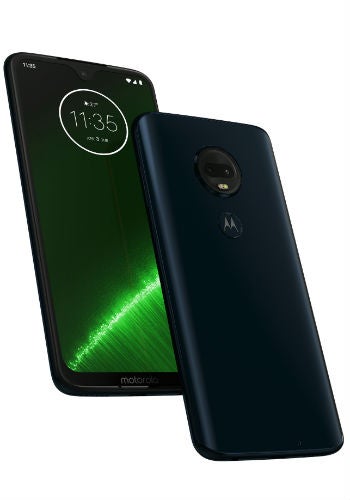 Which Android Phone Should You Buy?

The latest Samsung S10 is probably the most-featured packed phone on the market, so if you want to wow your friends, that’s the one to go for.

If you’re on a budget, get the OnePlus 6T or Moto g7 Plus. And if you simply want the best Android on the market, you should get the Google Pixel 3 XL.