This content has not been updated since May 2019. For more recent tech advice for your business, why not check out our review of the Google Pixel 4a.

The Google Pixel 3a costs just $399 – but at first glance, you wouldn’t know it. You get an incredible camera, a sharp screen, and a bloatware-free version of Android. It’s a good-looking phone, as well.

Dig a bit deeper, and you’ll find the Pixel 3a isn’t quite perfect – but you’d have to spend twice as much to find a better phone.

The Pixel 3a is Google’s offering for people looking in the mid-range phone market, and it’s a very impressive effort. It costs half as much as the regular Pixel 3, but offers an incredibly similar experience.

In fact, we like the Pixel 3a so much, we’re not sure why anyone would buy the Pixel 3.

However much we approve, Google needs to turn our enthusiasm into sales – the Pixel 3 series hasn’t sold anywhere near as many models as it deserves to, and Google’s got some egg on its face as a result. With the Pixel 3a (and 3a XL), it might have found the perfect phones to get its house in order.

The Pixel 3a is blessed with one of the most impressive rear phone cameras on the market. It knocks similarly-priced competition out of the park, while giving phones that cost twice as much a serious run for their money.

While it doesn’t look too special on paper – it uses just a single 12Mp rear lens – the phone’s software takes it to another level. The photos it takes are detailed, bright, and have fantastic contrast. What’s more, the special camera modes all work brilliantly, whether it’s Night Sight for low-light photography, or Photo Booth for getting a photo in which everyone is actually smiling.

The Pixel 3a doesn’t have the dedicated camera processing chip found in the more expensive Pixel phones, so it doesn’t process images quite as quickly – but it’s still a remarkable camera.

Round the front, the Pixel 3a only has one 8Mp front camera. However, it’s a very strong selfie camera – colors are captured well, although details can occasionally become a little bit blurry. There’s nothing better out there for selfies at this price. 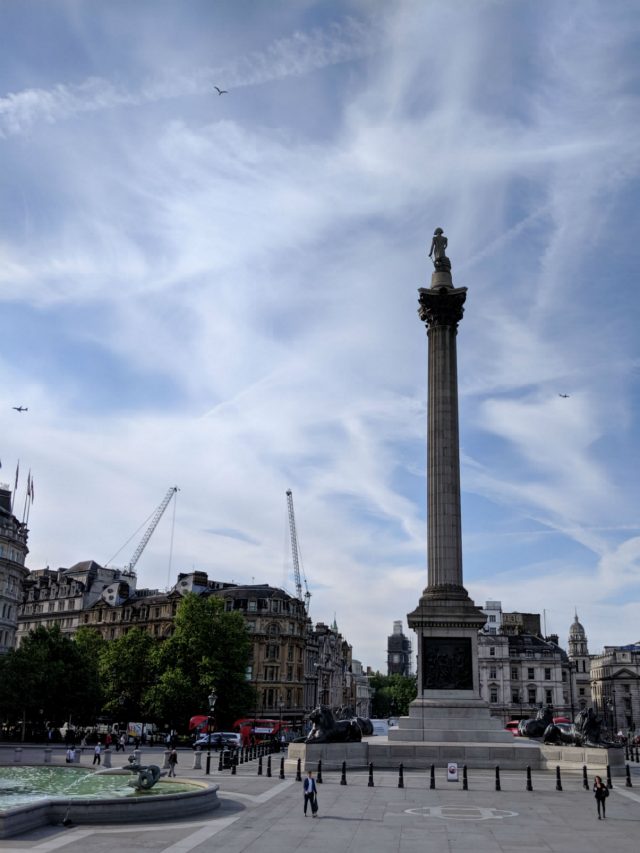 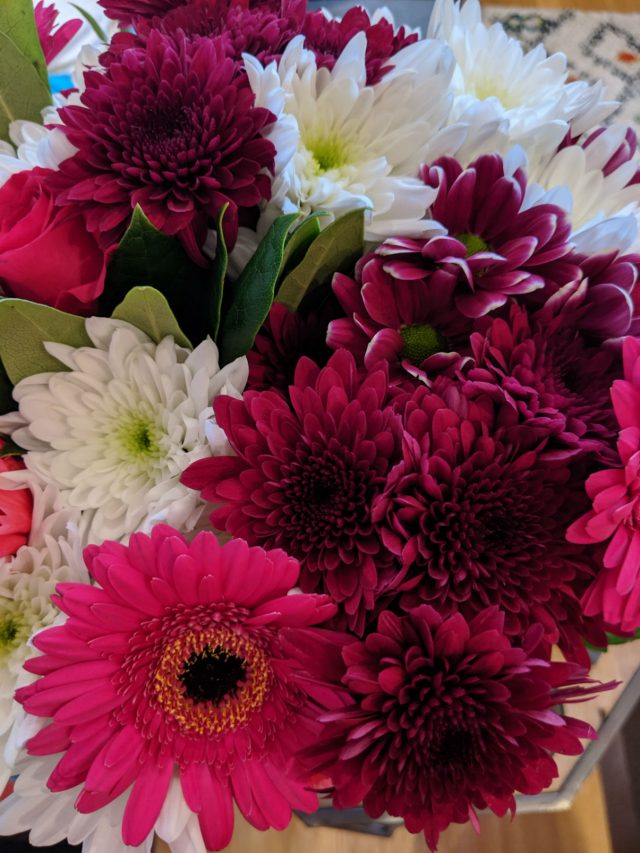 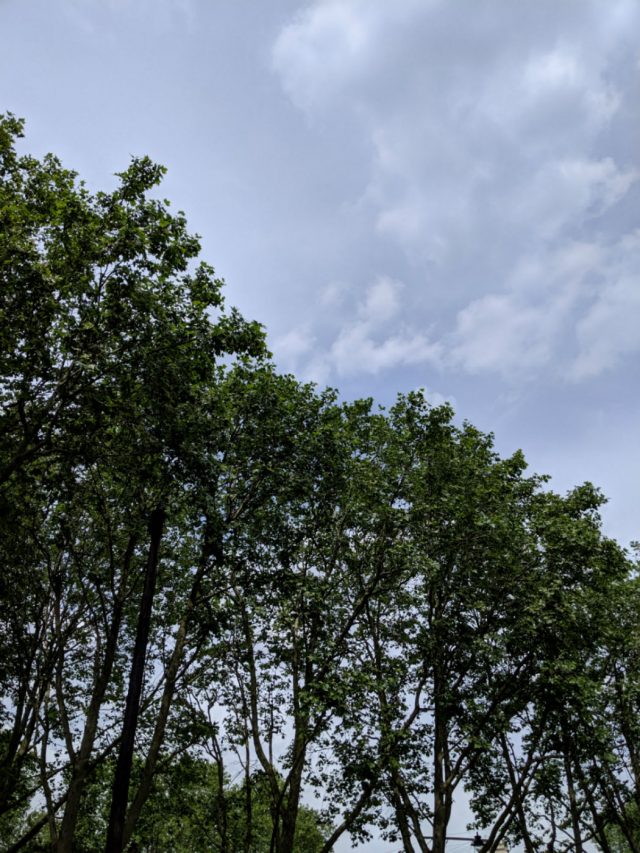 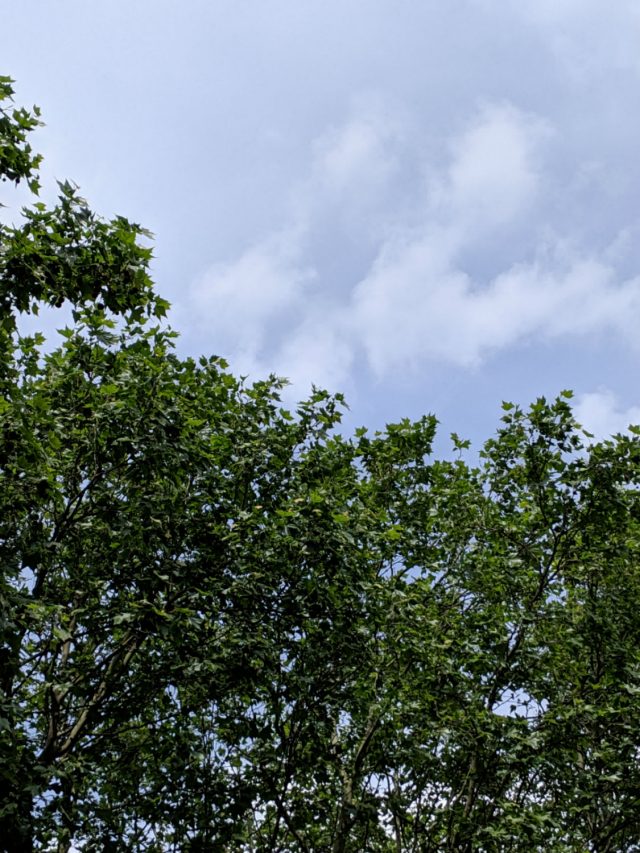 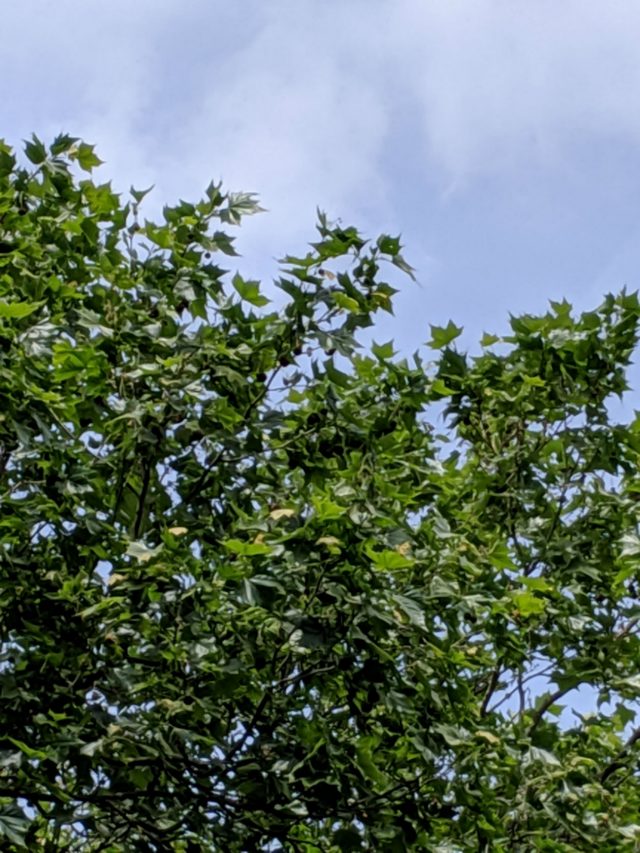 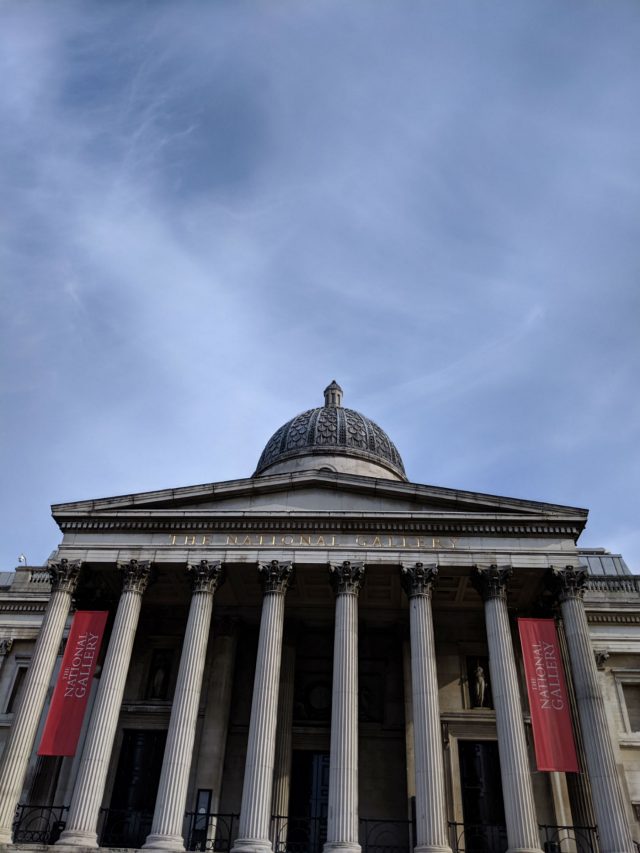 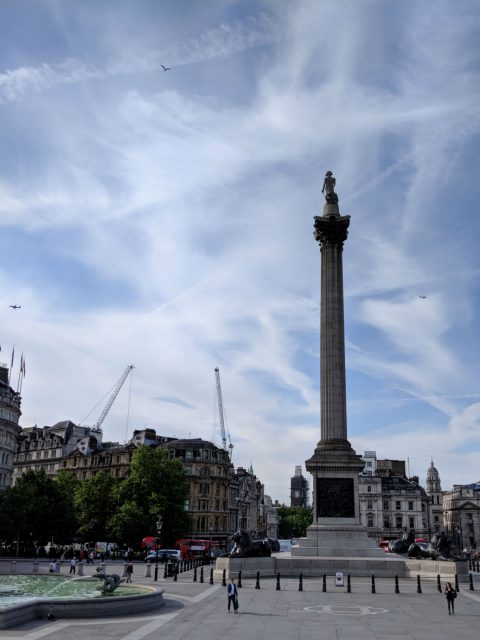 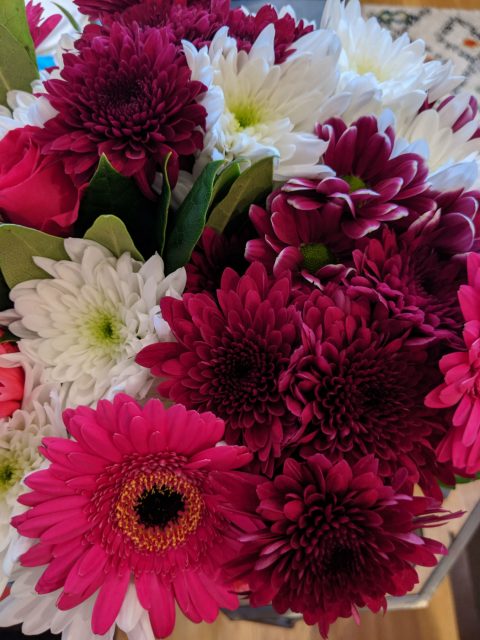 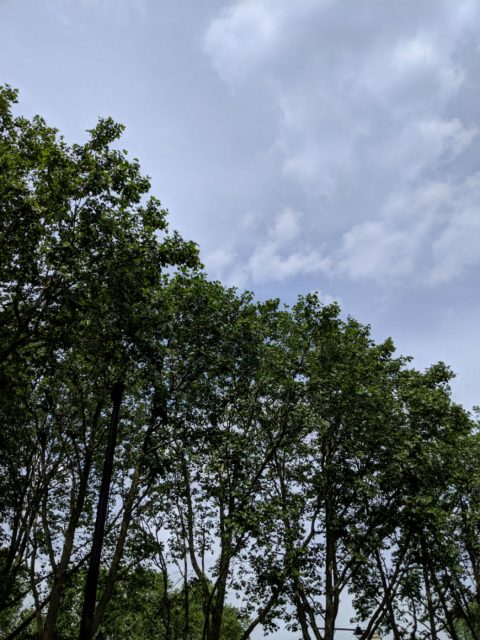 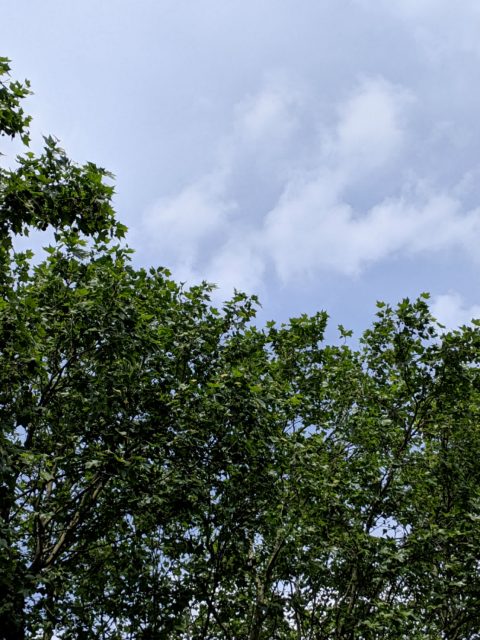 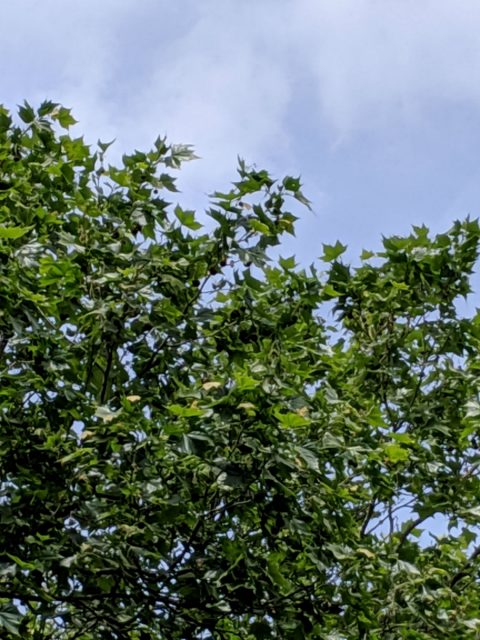 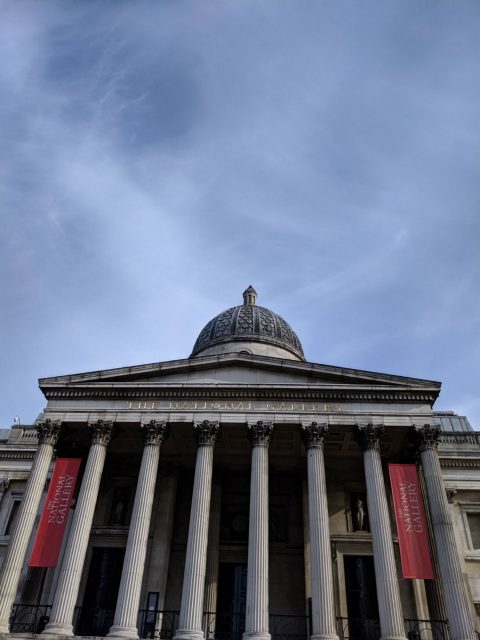 Google Pixel 3a design and screen

However, it loses the HDR capabilities found on the more expensive Pixel phones, and as a result, colors can look slightly muted. You can alleviate some of the issues by fiddling around in the display settings, though.

The screen has an 18.5:9 aspect ratio, making the display two-and-a-bit times taller than it is wide. As a result, the Pixel 3a is super easy to use one-handed – you’ll rarely find yourself engaging both hands, unless you’re sending a particularly lengthy text.

The Pixel 3a also has slim, but noticeable bezels. And, while this makes it stand out from many new phones on sale, it actually makes a nice change. The bezels give you something to hold whilst watching videos or gaming, and stop you from accidentally pressing on the screen.

Our Pixel 3a review unit was in the Clearly White color, and its all-white plastic body with bright orange power button is certainly distinctive. The rear case is split into two parts – a glossy section surrounding the camera at the top of the phone, and a matte, textured finish on the lower portion of the phone. It looks great (to our eyes, at least), but it’s not quite perfect.

As we mentioned above, the Pixel 3a is made from plastic – not glass. And, as a result, it doesn’t have quite the same high quality feel. But again, for a phone that costs this little, you can’t expect much more. It also has a headphone jack, which is nice.

Buy the Google Pixel 3a from Verizon

On paper, the Pixel 3a doesn’t look like it’d make for the fastest phone in the world. It uses a middling Snapdragon 670 processor with 4GB of Ram – nowadays, companies such as OnePlus will sell you a phone with three times as much memory.

However, it actually performs pretty well. Games run smoothly, apps switch quickly – although start-up can be a touch slow compared to flagship models. We experienced no random app closures, even when using a few apps at once.

If you’re looking for a phone that can run PUBG Mobile at its highest settings for hours on end, this isn’t it. But, if you’re after a phone to use, y’know, like a phone, then the Pixel 3a should have all the performance you need. 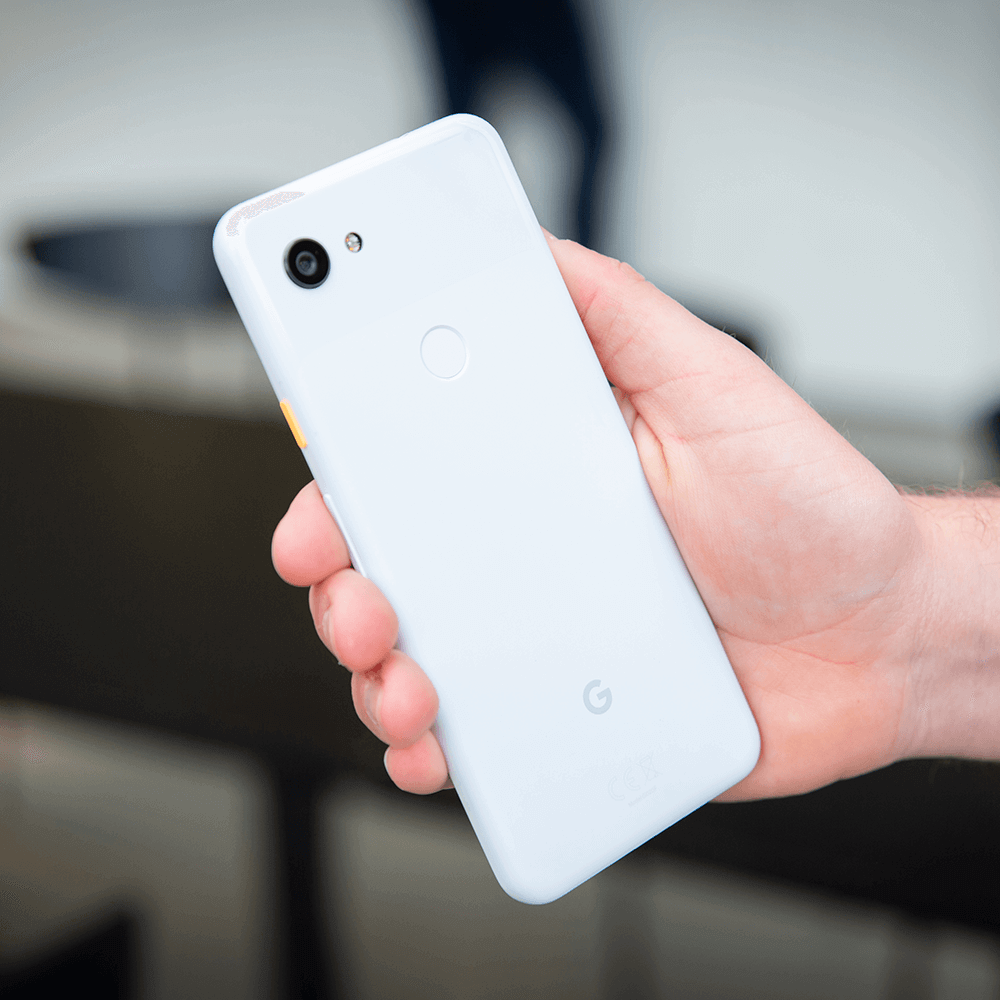 The Pixel 3a uses a 3,000 mAh battery – that’s 700 mAh smaller than the unit in the Pixel 3a XL – but it’s still a decent size for a phone with this screen and processor.

Typical phone usage will see you through 12 hours, but for long days, you’ll likely need to switch the battery saver on. For most people, that should be ok, but we’d recommend keeping the USB-C charging cable handy.

Google Pixel 3a cost and value for money

We’ve already mentioned that the Pixel 3a is one of the best value for money phones on the market, but it’s worth stating again.

For $399, you’ll genuinely be getting a slimmed-down flagship experience. The camera is incredible and the performance is strong. The screen is good for this price, and the battery life is decent. Admittedly, the quality of the materials has dropped significantly compared to the Pixel 3 phones, but Google has to save money somewhere.

In our opinion, there’s only one other phone that offers such a compelling package for such a low price – the Google Pixel 3a XL.

Google Pixel 3a vs Pixel 3a XL

So what are the differences between the two new Pixel phones?

If you really want to keep the cost down, get the Pixel 3a.

However, if we were picking between the two, we’d choose the Pixel 3a XL. The larger screen is a bit better for gaming and watching videos. And, though it might sound ridiculous, the weight and size (an extra 20g) makes the Pixel 3a XL feel just a touch more substantial in our hands.

With plastic phones, the first thing you notice compared to a top-of-the-line model is the weight – the metal and glass used in the expensive phones ooze a quality that plastic (even if you call it polycarbonate, like Google does) can never match.

Having the same rear camera and clean operating system does help. And, while there’s not a great deal of difference in performance, again, the Pixel 3a’s lightweight plastic body just doesn’t do it for us. If that kind of thing doesn’t concern you, though, get the Pixel 3a and save $400.

Google Pixel 3a – The verdict

Don’t let our lack of enthusiasm for the Pixel’s construction put you off – this is a great phone at a great price. You get top-drawer cameras, enviable performance, a great Android experience, and a good-looking phone to boot.

Buy the Google Pixel 3a from Verizon