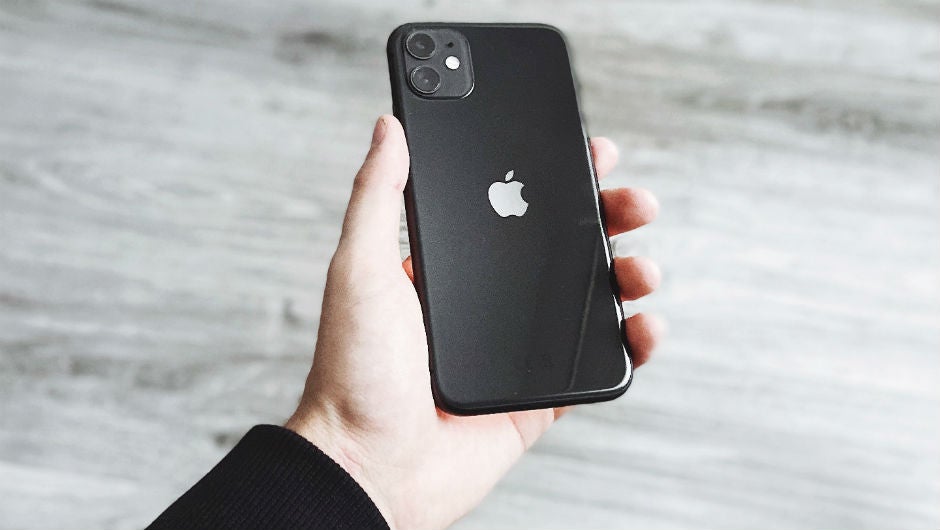 The iPhone 11 range has only just launched, but the hype cycle for the 2020 iPhone series is already starting up.

We've long suspected that Apple is saving big things for the 2020 iPhones. The iPhone 11 range was, essentially, a fairly minot upgrade over the iPhone XS range. In fact, we've argued that unless you desperately need a new iPhone immediately, there's little sense in opting for the iPhone 11.

The next iPhone, however, could be a different proposition entirely. The early leaks and rumors seem to suggest a complete redesign for the iPhone 12, or whatever Apple chooses to call the 2020 iPhone range.

Let's take a look at all of the rumors and the leaks we're already aware of.

One of the biggest rumors about the 2020 iPhone series is that the design will mimic that of the most recent iPad Pros.

This means a notch-free design and squared-off edges — in some ways, the look is quite reminiscent of the classic iPhone 4 design.

Exclusive: One of the 2020 iPhone prototypes has 6.7-inch display with Face ID and TrueDepth camera system housed in the top bezel. pic.twitter.com/sAJE7J12ty

This information comes courtesy of renowned Apple leaker Ming-Chi Kuo, and was seems to be supported by tech leaker Ben Geskin.

5G phones are steadily coming to market, with companies such as Samsung and Huawei continually expanding their 5G-compatible ranges.

It seemed slightly amiss when Apple chose not to bring out a 5G iPhone in 2019 – another reason we cautioned against snapping up the iPhone 11.

However, in 2020, we should see all three new iPhone models come with 5G as standard. This information, again, comes from Ming-Chi Kuo so it's likely to be pretty accurate.

For 2020, Apple will launch three iPhones with different screen sizes, compared to the 2019 models. It's believed that all the 2020 models will have OLED screens – even by 2019 standards, the iPhone 11 seems behind the times with its non-OLED display.

Apparently, the reason for dropping the screen size on the 11 Pro successor is to create even more space between the base and middle model. It's no secret that Apple's best-selling phone over the past year was the cheaper XR, so creating a handier 11 Pro successor could get more consumers to shell out the extra $250-ish.

One of the most interesting rumors about the upcoming iPhones is that they might feature screens with switchable refresh rates.

Companies such as OnePlus have been pioneering screens with faster refresh rates, such as the 7 Pro and newer 7T. But, a switchable refresh rate screen would be something new altogether.

The benefit of a faster refreshing screen is smoother images, but you do take a battery life hit. A variable refresh rate could allow for a brilliant multimedia experience when you want it, and decent battery life when you don't.

The latest Apple Watch has a screen that can change its refresh rate from as low as 1Hz when in the always-on display mode, to 60Hz when you're interacting with apps. Hopefully, we can see similar tech on the 2020 iPhones.

While the 2020 flagship iPhone has been getting a lot of attention, even before the launch of the iPhone 11, it's apparently not the only iPhone that'll be hitting shelves in 2020.

According to reliable sources, Apple is planning on releasing an update of the popular iPhone SE that will seriously turn heads as far as affordability goes. The reports state that the iPhone SE 2 (name pending) will be quite similar to the iPhone 8, but will have the same chip as the iPhone 11 (Apple's A13 processor) and 3GB of RAM. This new iPhone is expected to be available in the first quarter of 2020.

Considering the original iPhone SE came in at a mere $400 and the newer device could have a similarly attractive price tag, it's safe to say this decision comes in response to the growing trend of affordable smartphones hitting the market. Granted, Apple lowered the price of the iPhone 8 and iPhone XR substantially at its last event, but if they really want to attract users to update their phones, the iPhone SE 2 is going to need to hit a pretty low price point without dipping too low in quality.

We'll continue to update this guide as further rumors and leaks surface.

Read more of the latest phone reviews and news on Tech.co