The Moto g7 Power is a phone designed for one thing – exceptional battery life – and it certainly delivers. We saw well over two days’ battery life in regular use, and over a week sitting on standby. While the g7 Power’s battery life is incredible, it needs to do more than just last a long time to be a great phone. So, when you look beyond its longevity, does the g7 Power stand up to scrutiny?

There's a new version of the Moto G7 Power – check it out here.

It also has one of the biggest batteries of any phone on sale, at 5,000 mAh. In fact, it’s almost twice as large as the battery in an iPhone XS.

But beyond the enormous battery, the g7 Power’s spec sheet doesn’t read too well. For example, it only has a 720p display, uses a middling Snapdragon 632 processor, and has a polymer (rather than glass) rear casing.

In many ways, it can be tricky to work out who the g7 Power is actually aimed at. Sure, we all want more battery life, but do we want it at the expense of other features?

For some people, the answer might be yes. If you’re one of these people, the g7 Power is perfect. If not, we’d look at the Moto g7 Plus.

How long does the Moto g7 Power's battery last?

Motorola claims that the g7 Power’s enormous 5,000 mAh battery will give you “up to 2.5 days on a single charge” – and we believe it.

In fact, we’d even say that Motorola has low-balled that battery figure slightly. When we tried the g7 Power, we could get close to three days’ power in typical usage – playing lightweight games, browsing social media, taking photos, and the like. When on standby, the g7 Power seems like it could last for a week.

Whenever we picked up the g7 Power, it always seemed to have ample power for the day ahead, even if we hadn’t charged it overnight. In fact, when we wanted to test the fast charging capabilities, we had to continuously play YouTube videos to get it to die.

The g7 Power’s fast charging is just that – fast. In one fifteen minute charge from flat, the g7 Power was able to give us close to 16 hours of battery.

Does the Moto g7 Power have good cameras?

Images from the rear camera are well-balanced and free from over-saturation, but aren’t quite as detailed as we’d like. The rear camera also seems to struggle with focusing at times, often taking a little while to work out and properly grasp the point of focus and adjust.

The front camera, on the other hand, isn’t quite as impressive. It produces overly-smoothed images which lack a fair amount of detail. The portrait mode works relatively well, and takes fairly decent snaps. But, if you’re after a phone to take the ultimate selfie, we’d steer clear of the g7 Power. 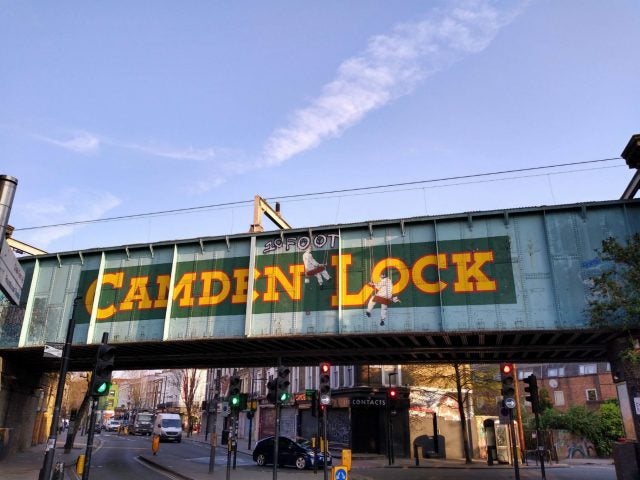 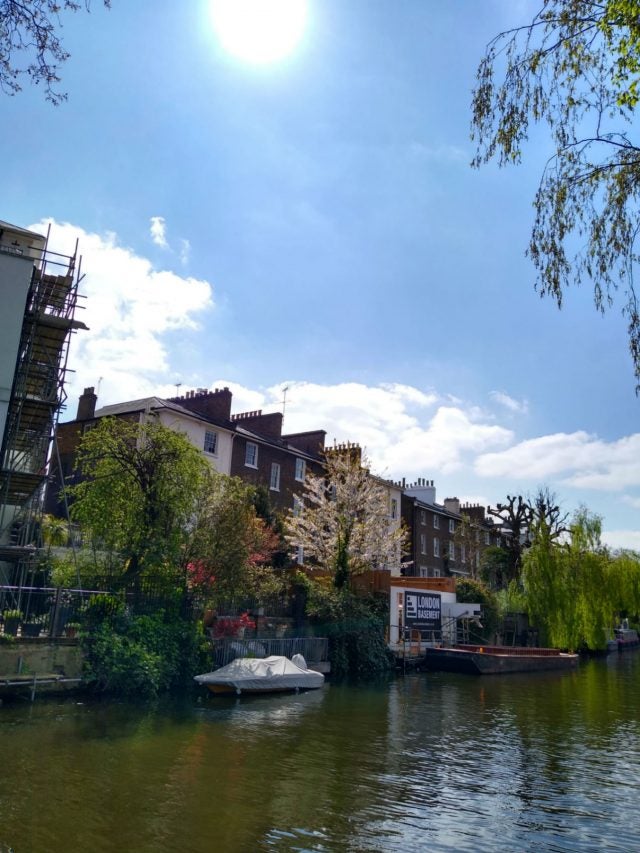 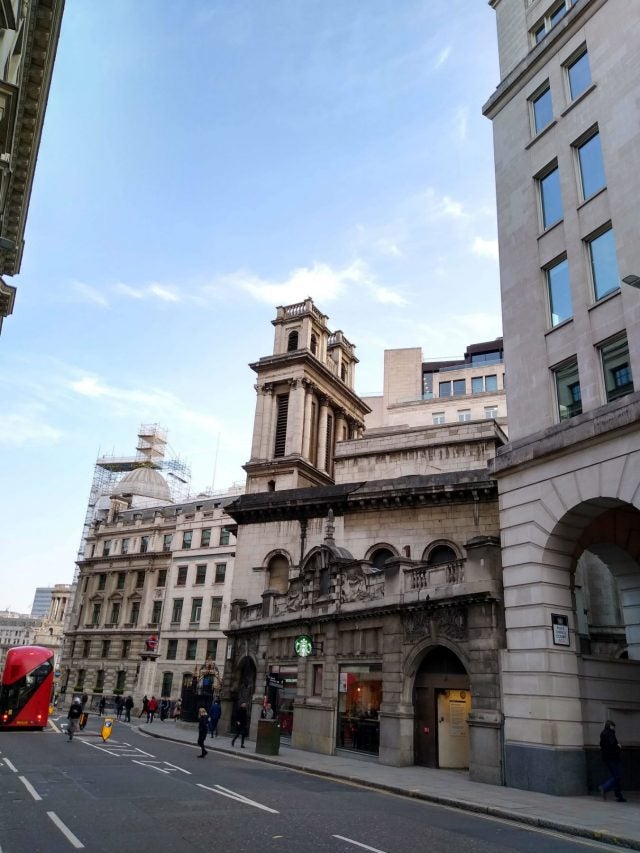 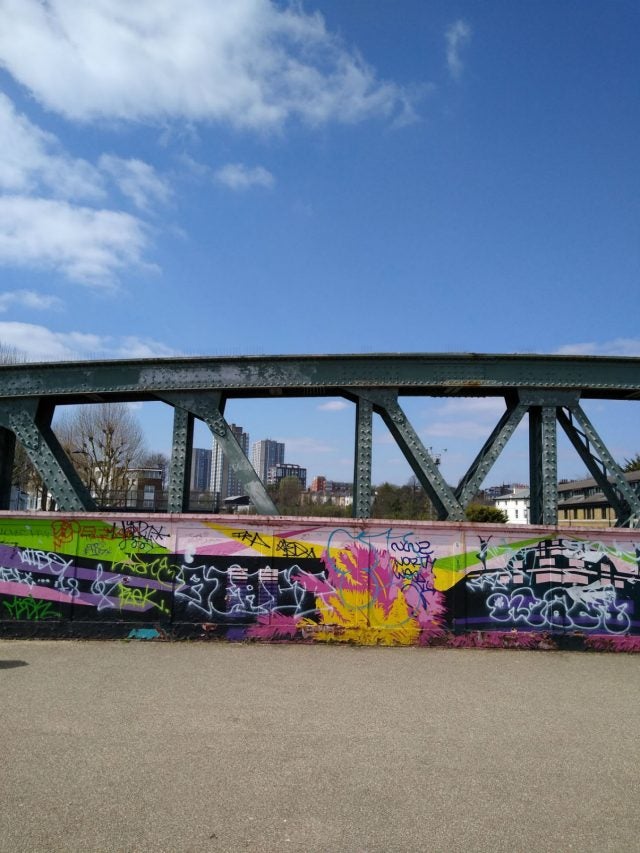 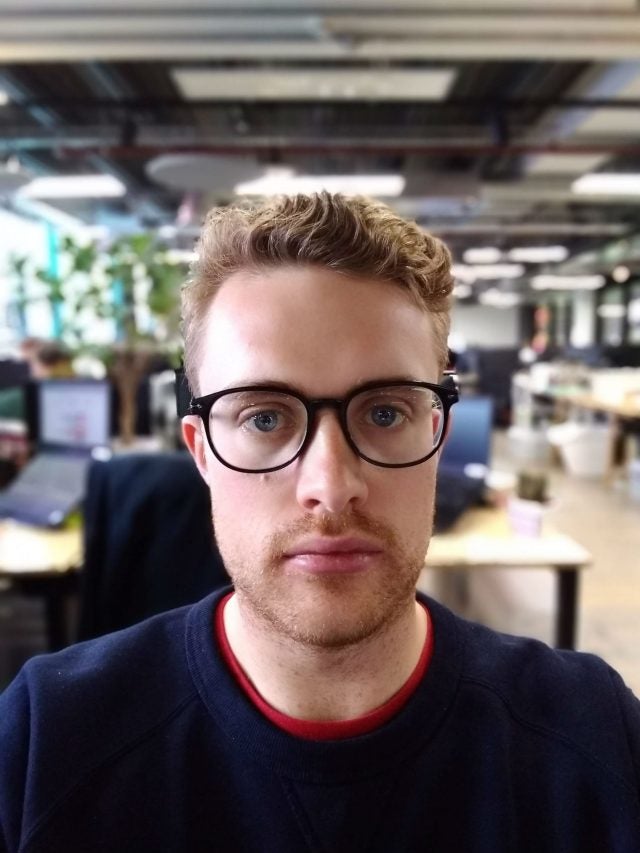 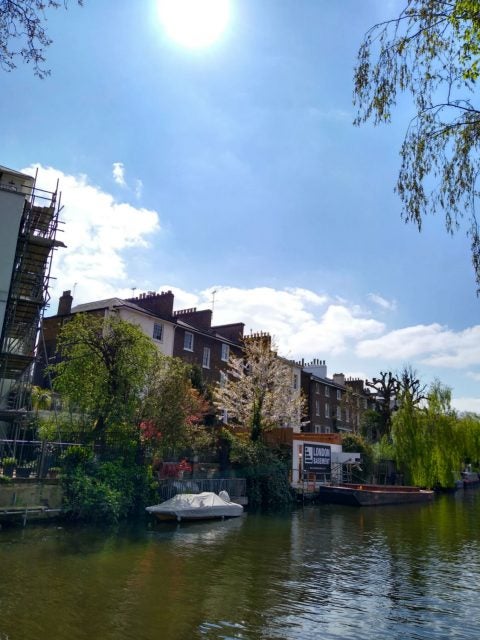 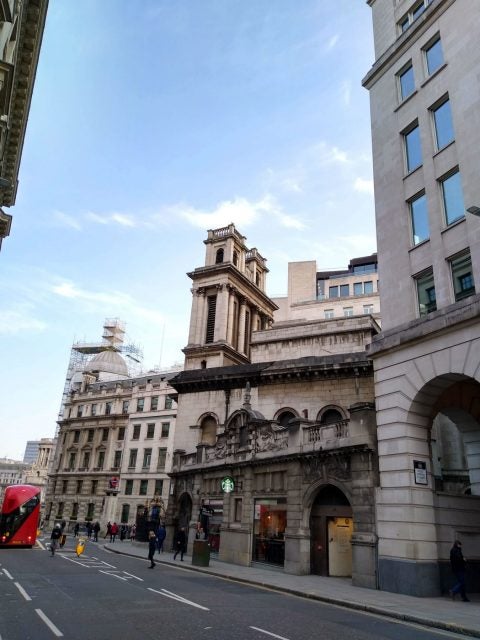 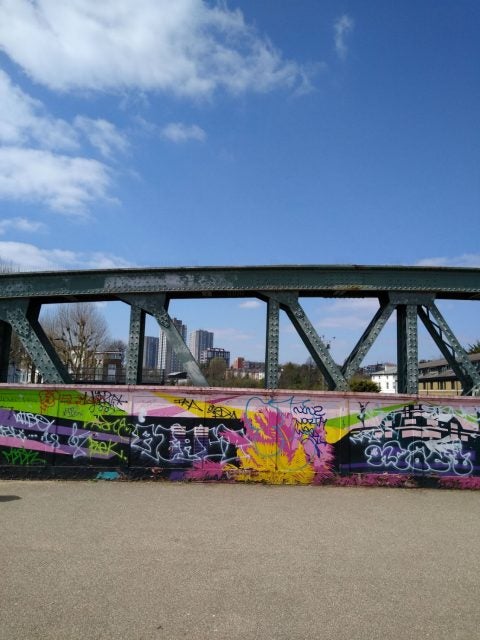 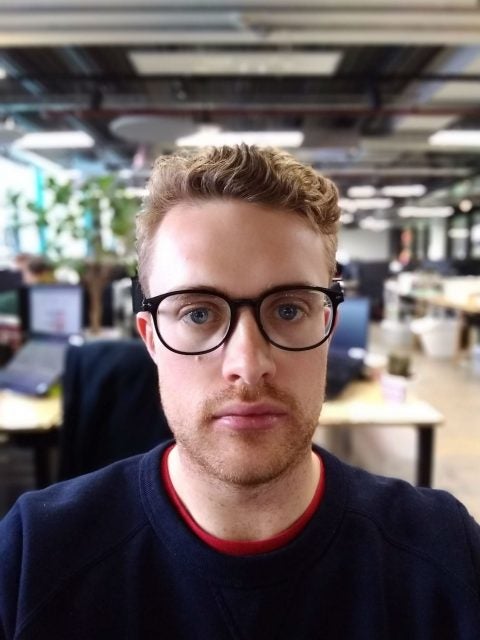 How fast is the Moto g7 Power?

As the g7 Power costs just $249, don’t expect it to challenge the fastest phones on the market. However, for most people, the g7 Power will be absolutely fine.

The g7 Power uses a middling Snapdragon 632 processor and has 3GB of Ram. That’s enough to run social media apps, watch videos, and do some basic multitasking without a hitch, but not enough to play the most power-hungry games.

The slower processor also means that it exerts less strain on the battery, helping to extend the g7 Power’s battery life even further.

How good is the Moto g7 Power’s screen?

It’s a real shame – especially when the g7 Plus’ 1080p display is so impressive – but it is worth remembering that the g7 Power does only cost $249.

Like most phones nowadays, the g7 Power copies the designs pioneered on premium phones with a notch and slim bezels. The notch at the top of the screen, and bezels on the sides, are far from intrusive. The chin is quite large, but it does give you something to hold, which is particularly useful when playing games or watching videos.

For a $249 phone, the g7 Power feels solid. Much of this feeling comes down to the sheer heft of the device – the g7 Power tips the scales at 193g. That’s only slightly less than the iPhone XS Max and Samsung Galaxy Note 9, both of which have larger screens and use metal and glass in their construction, rather than plastic.

This extra weight is one of the only real downsides to the g7 Power’s large battery. The plastic rear does feel on the cheap side, but again, this is a cheap phone. There is a little bit of wiggle in the g7 Power’s side-mounted power button and volume rocker, but nothing overly concerning.

You do get a headphone jack and expandable storage, both of which are nice to see. However, the headphone jack is top-mounted, like an old iPod, which is a slight annoyance when you have to turn it around after pulling it out of your pocket.

It’s also the only phone in the g7 range with stereo speakers – this isn’t a deal-breaker, but it’s definitely nice to have. 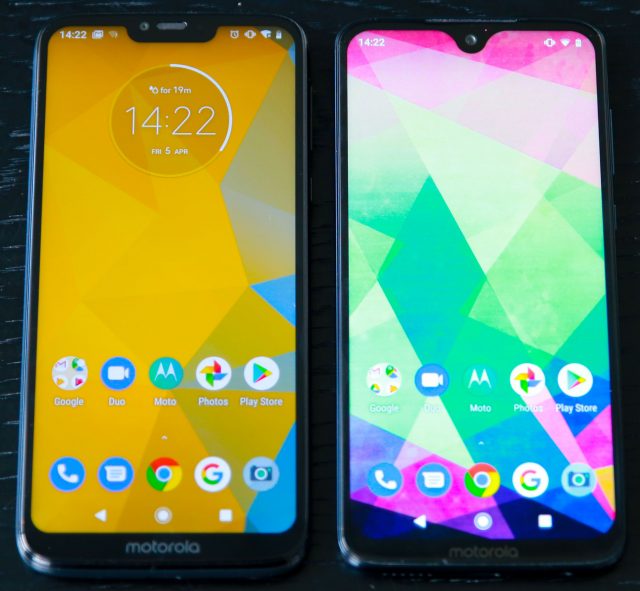 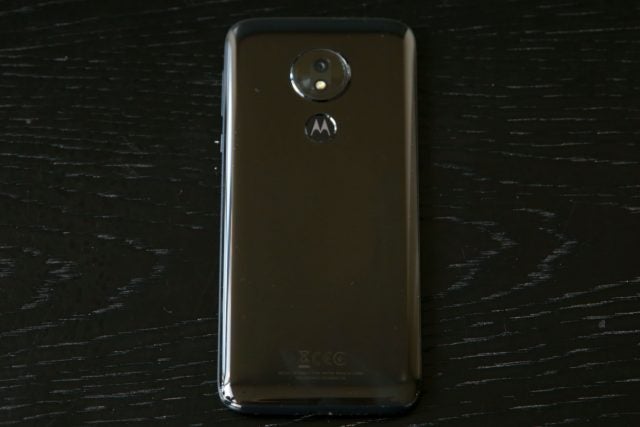 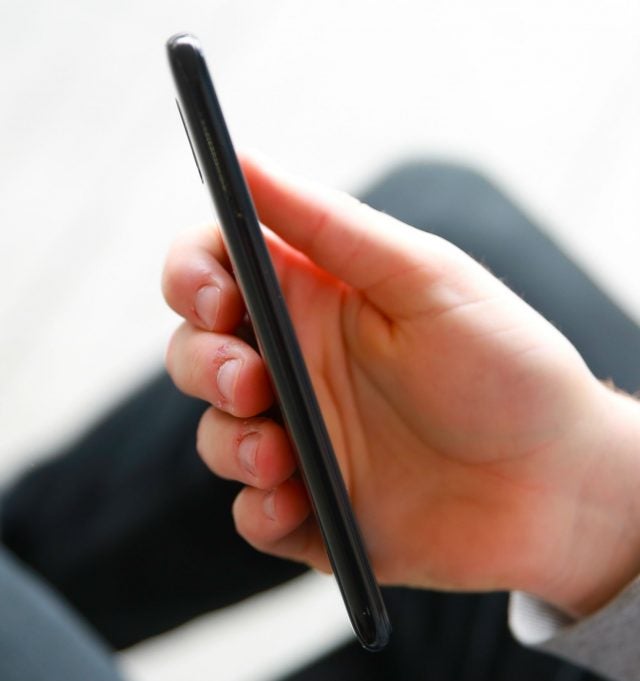 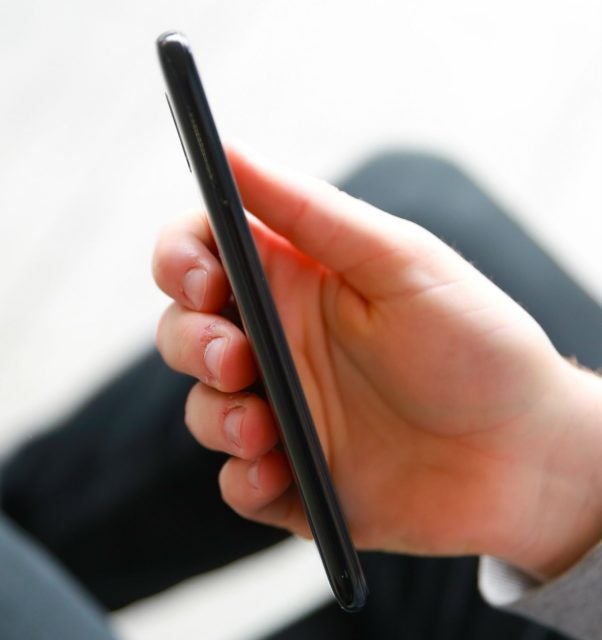 Is the Moto g7 Power good value for money?

Undoubtedly. At $249, the g7 Power is a very strong phone. It’s got enough oomph to handle all manner of everyday tasks, and the cameras – while unremarkable – are perfectly good enough. The screen isn’t the best, but again, is fine for casual use.

However, both the regular Moto g7 and the g7 Plus have better displays and better cameras, while packing similar amounts of power. Neither cost significantly more, either.

So, if you really value a long battery life – perhaps you’re a frequent traveller, or you just don’t use your phone that much, and don’t want to get caught short – get the g7 Power. However, for regular use, we’d probably choose the g7 Plus.

Moto g7 Power verdict – Should you buy it?

At $249, the g7 Power is good value, and is well worth considering if you’re after a cheaper Android phone.