This content has not been updated since November 2019. For more recent tech advice for your business, take a look at our article that picks out the best phones of 2021.

Motorola One Macro Review
Macro lens doesn't blow us away but battery life does
3.5
In Short

The Motorola One Macro is, on paper at least, a fairly underwhelming phone. It has a range of largely unspectacular specs, and costs around $230. However, as with all of Motorola’s One series phones, there’s a twist. The One Macro comes with a dedicated macro lens for extremely close-up shots – but does an unconventional lens in a fairly conventional phone make it worth buying?

Let’s start with the camera that the phone is named for: the dedicated 2Mp macro lens. It sits isolated above the rest of the One Macro’s cameras, just to reinforce that this is a special lens.

So are the One Macro’s macro photos impressive? Yes – if you can get the macro lens to work reliably. During our experience with the phone, we found it difficult to consistently focus the lens, although when we managed it, the results were impressive. Images have a lot of detail and colorful – exactly what you want in macro photography.

Aside from the macro lens, the One Macro has a 13Mp lens and a 2Mp depth sensor. And, as has been the case with many of Motorola’s recent phones, these cameras are impressive. They’re not Pixel 3a standard (and nor do they match the Moto G8 Plus), but considering the One Macro’s low price, the images it gives are pretty good. Photos are colorful and, thanks to the depth sensor, have a good level of contrast. There are occasional instances where photos lack a bit of detail, but for this price, you’ll always have some compromises to deal with.

Images from the 8Mp front camera, meanwhile, are passable but nothing special. There’s a decent amount of detail, but colors can appear slightly bland and washed-out. 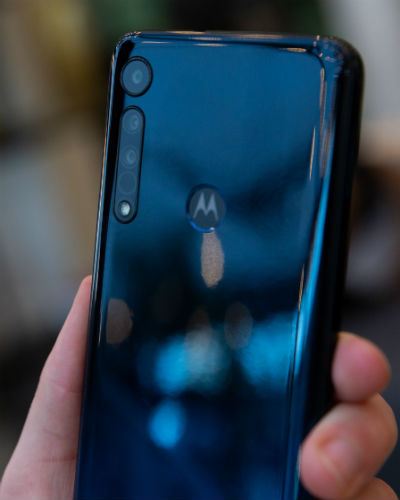 The One Macro, while not particularly groundbreaking in its design, is far from ugly. There are slim bezels all-round, with the bottom chin noticeably thinner than previous Motorola phones. There’s a teardrop notch at the top of the phone, which isn’t too intrusive, but looks quite a bit larger than it perhaps needs to in order to house the front camera.

The rear case, however, isn’t quite as pleasing as the front. We like the gradient color designs (our review sample was in the space blue variety), and they certainly add a touch of class to an otherwise run-of-the-mill design. However, the plastic used in the rear case isn’t of particularly high quality – and, perhaps even worse, the glossy design was a magnet for fingerprints.

Fortunately, the One Macro gets 10W fast-charging via a USB-C charging cable, as well as space for a MicroSC card and a headphone jack. These features are relatively commonplace at this price point, but it’s good to see Motorola standing firm by offering them across their range.

Sadly, the screen is where our biggest gripes lie with the One Macro. The 6.2-inch LCD display has a 720×1520 resolution, and it isn’t the best. When reading text or looking at images, it’s fine, but the screen turns quite pixelated when watching videos or playing games. 720p LCD displays are never going to match the best OLED-equipped models, but the One Macro’s effort is pretty wide of the mark. 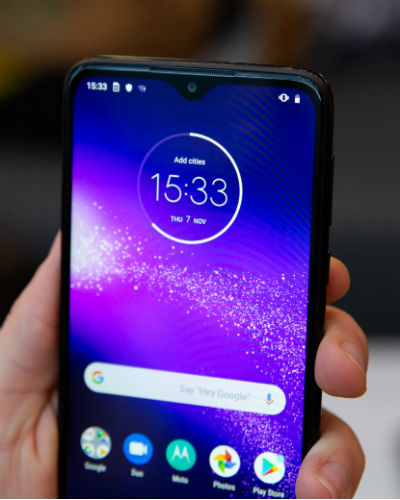 The One Macro uses a MediaTek P70 processor, and has 4GB of RAM. It’s far from the fastest phone on sale, but if you keep the workload light, it should be enough to get all your jobs done. If you’re looking for a phone for gaming, however, you should look elsewhere.

However, while the raw speed might not be the best on the market, the One Macro has a very impressive battery life. It has a 4,000 mAh power pack, which Motorola claims will be enough to give you 45 hours of battery life.

During our testing with the One Macro, we found that getting well over a day’s power from the phone was never a struggle. This impressive battery life is, of course, one upside of having a low-end processor and low resolution screen.

Like all other Motorola phones, the One Macro has an almost completely clean version of Android, with no bloatware or skin to speak of. This makes it delightfully easy to wrap your head around – especially when compared to something like the Oppo Reno 2, for example.

The One Macro also eschews face recognition for a fingerprint sensor. This is a good decision – as we’ve seen with other low-powered phones, facial recognition doesn’t always work. The fingerprint reader itself is centrally mounted on the rear case, and is easy to reach.

Beyond that, however, there isn’t a great deal to say about the One Macro, other than it is completely intuitive and approachable, even for an Android novice. 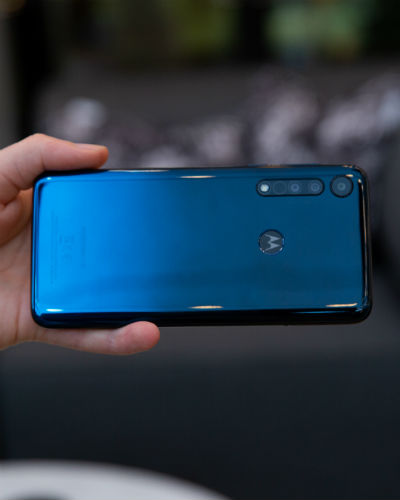 At $230, it’s hard to say that the One Macro is bad value for money. You get good cameras, a nice design, and a fuss-free operating system. The battery life is great, as well.

However, there are a few similarly priced phones which might make you think twice before setting your sights on the One Macro. Unsurprisingly, perhaps, these other phones also come from Motorola. You can pick up last year’s excellent Moto G7 Plus for around $250 in the US, for example, while the new-and-improved G8 Plus will cost you just north of $300.

If we’re being honest, we’d choose either of these phones over the One Macro – the G8 Plus has similarly impressive battery life, strong cameras, a sharper screen, and snappier performance. The G7 Plus, meanwhile, retains its impressive cameras and is now even cheaper.

The One Macro isn’t a bad phone. In fact, it performed reasonably well across the board in our testing. However, it didn’t really blow us away. Sadly, the screen and processor speed left us feeling fairly underwhelmed.

What’s especially disappointing is knowing that Motorola can produce better all-round phones for similar prices. Indeed, with this in mind, we’d recommend you pick either the G7 Plus or G8 Plus to be your next cut-price phone.

Buy the One Macro from Amazon