This content has not been updated since June 2019. For more recent tech advice for your business, get the lowdown on 2021's best phones.

The One Vision is a new bargain phone from Motorola. Despite its cheap price, the One Vision is designed to lure in buyers of more expensive phones, using its great cameras and Android One operating system.

Let’s start with the rear cameras. The One Vision packs two of them – one with a 5Mp depth-sensing lens, the other with a whopping 48Mp wide angle lens.

That 48Mp lens uses a technology called quad pixel, which – in theory, at least – brings more light into the lens by combining every four regular pixels into one big pixel. This means that you don’t actually get 48Mp images – instead, you get better lit 12Mp photos.

You’d be forgiven for thinking that more megapixels equals better pictures. But that logic doesn’t always follow. Thanks to its quad pixel tech, the One Vision’s photos look brighter, and have a greater contrast between colors. 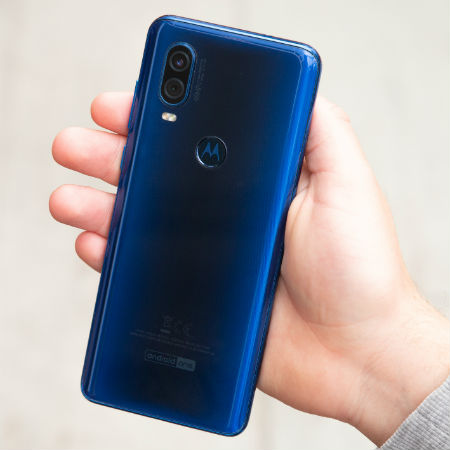 Motorola also made a big song and dance about the special features found on the One Vision’s rear camera, including its Night Vision mode. Night Vision mode draws light out of dark areas, bringing enhanced detail and clarity, and it works pretty well – although it can take a while to process the photos.

Round the front, you get a single 25Mp camera. The camera is housed in the top left corner of the display, with no notch in sight. However, the punchhole is large. The actual lens isn’t too big, but it’s circumscribed by a wide black ring. All told, though, it’s better than a notch.

Anyway, what do the pictures look like? Again, they’re good. Not the best, but certainly strong for a $350 phone. There’s a good amount of detail to the photos, although the contrast is noticeably less pronounced on the front camera compared to the rear cameras.

Again, there are loads of extra features on the front camera, including a portrait mode which can blur the background of selfies and a group selfie mode that stitches two photos together to simulate a wide angle lens. The portrait mode works well enough, but it can’t match portraits taken with a depth-sensing lens. The group selfie mode, like most other photo stitching tech, isn’t great.

The One Vision definitely punches above its $350 price tag when it comes to photography. But, if we were after good photos on the cheap, we’d try and stretch to the $399 Pixel 3a. 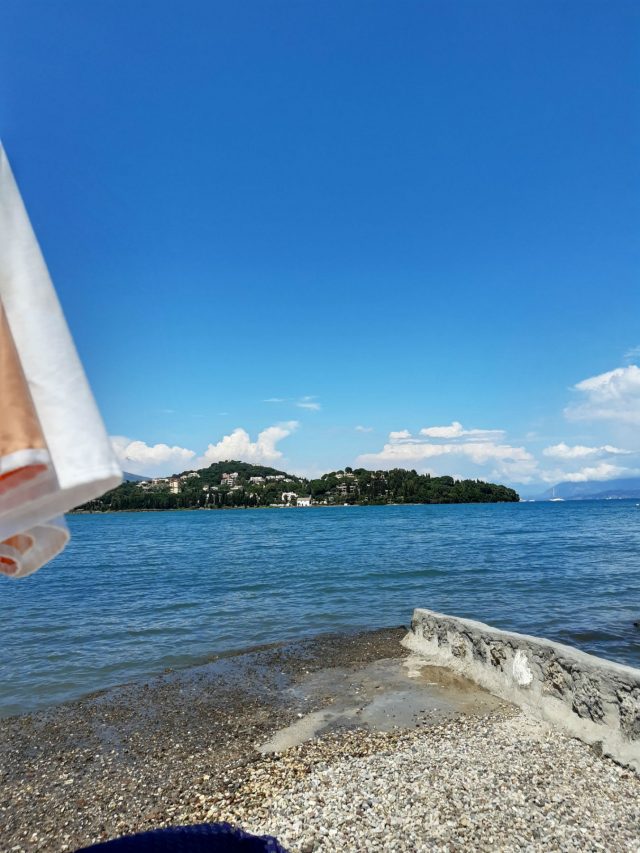 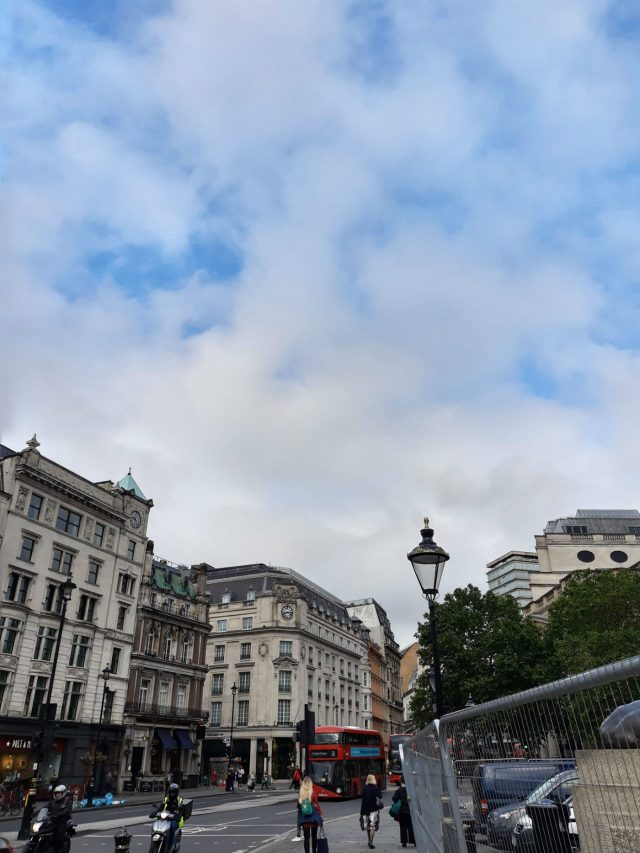 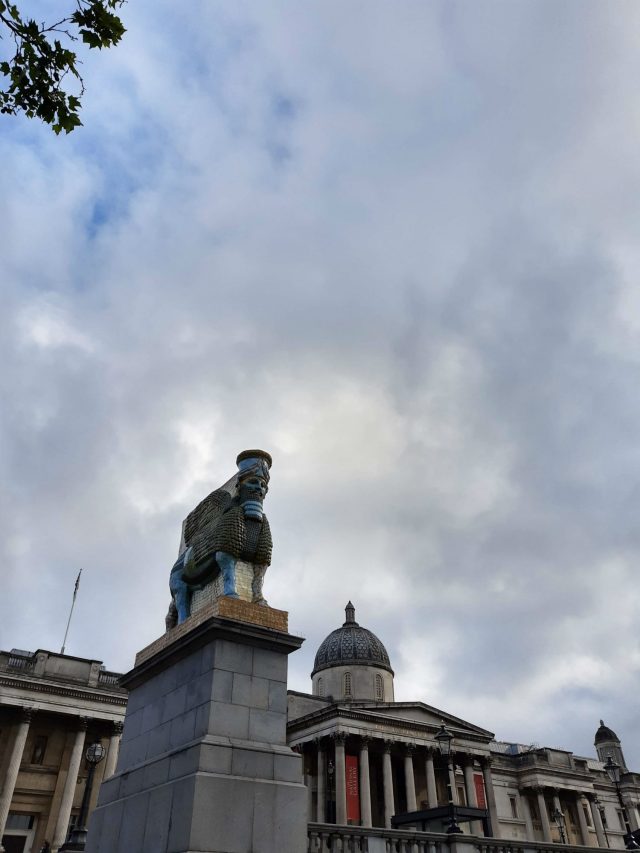 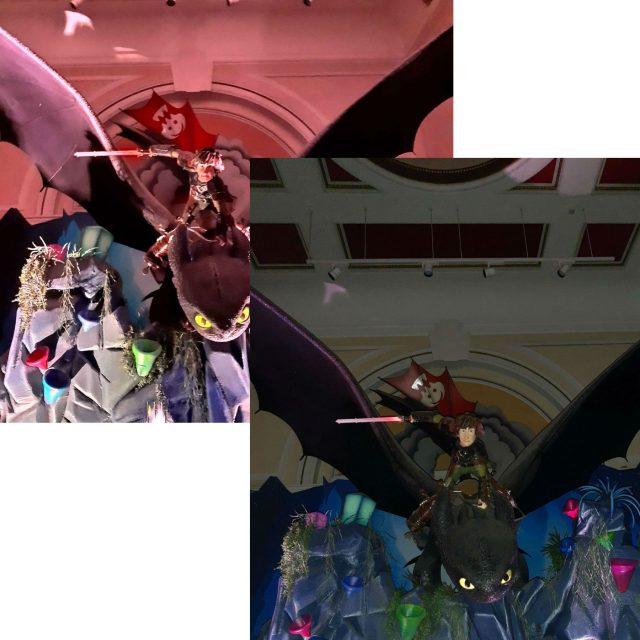 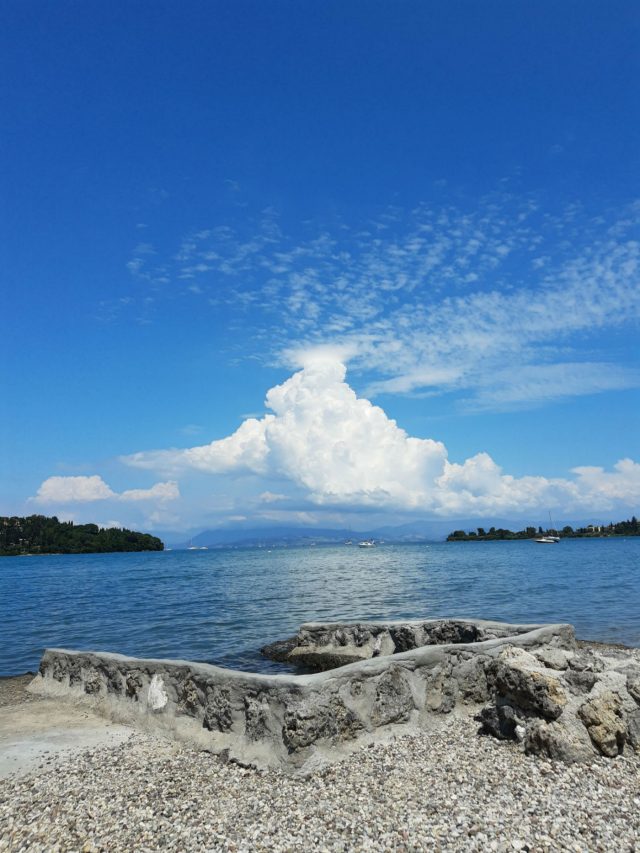 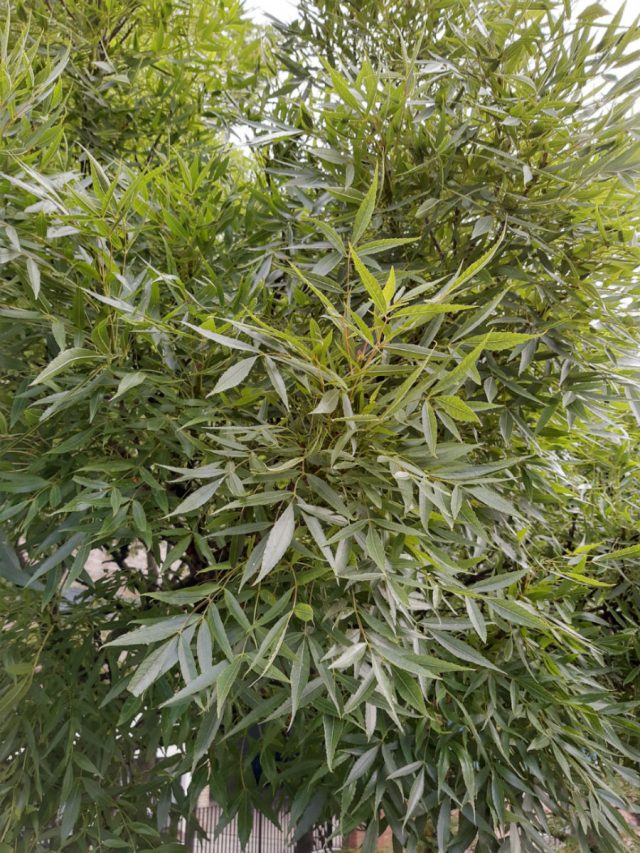 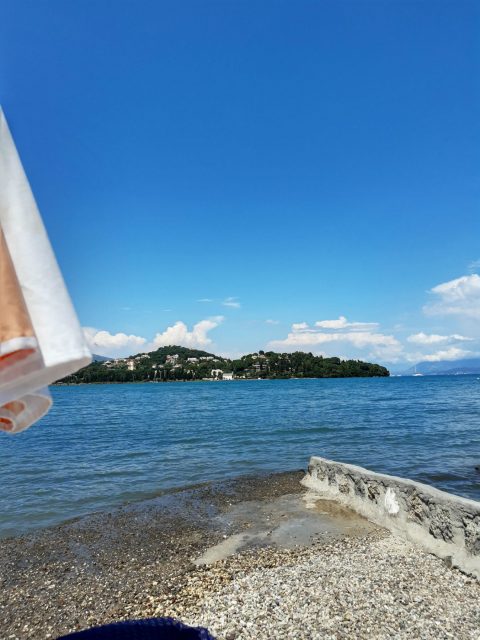 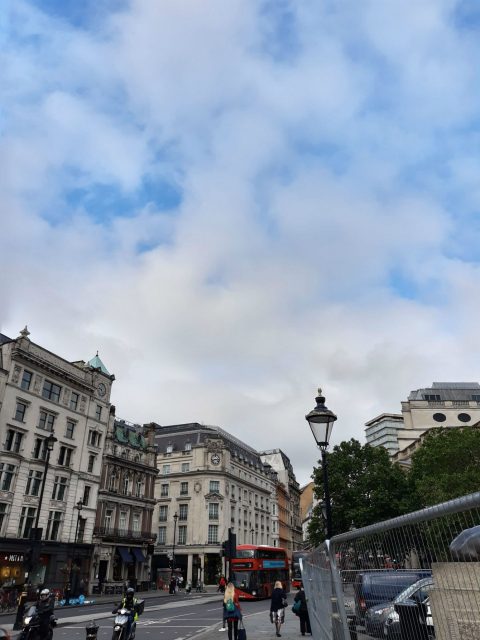 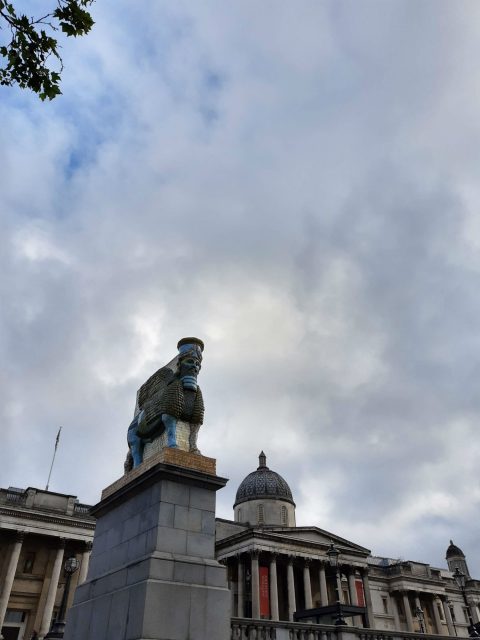 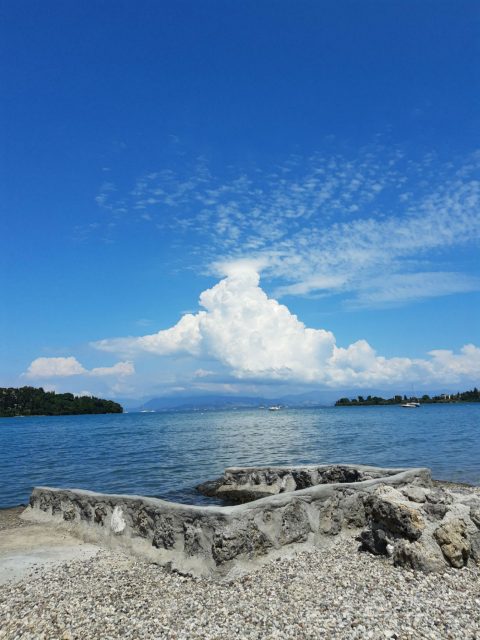 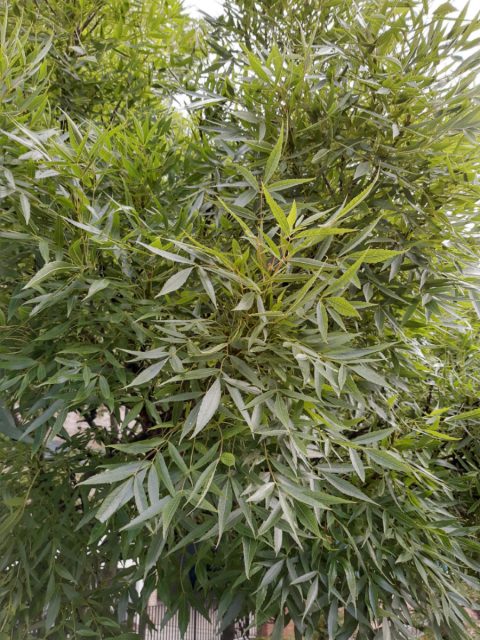 It’s not the sharpest display on the market, but it’d be naive to expect otherwise, given the price. Moving images on the screen can become a touch blurry, but the contrast isn’t too bad, and the colors are nice and warm.

The screen did struggle in bright sunlight, though, so if that’s a big concern for you, we’d recommend something with an OLED display.

There are, however, two big quirks with the One Vision’s display. First, the punch hole camera. Perched in the top left corner of the display, at first it can seem like a big black hole intruding on your display. However, after you spend some time with the phone, you genuinely stop noticing it.

This is down to the software, primarily. When using apps, the area surrounding the camera becomes effectively useless. It either turns completely dark, or matches the color of the app – making it seem less of an issue. Punch holes are, in our minds at least, much better than notches.

The other quirk is that the One Vision has a 21:9 aspect ratio. We’ve expressed concerns over this display type before, but in the One Vision, it works better. That said, we still found it slightly too tall on occasion.

The One Vision is a distinctive phone. The model we tested came with a bright blue plastic rear case, which faded to a darker blue in the middle.

It also has a large camera bump. In fact, it’s massive. Coupled with the glossy plastic case, this bump makes the One Vision incredibly slippery. Place it down on a surface, and the One Vision will be carried off the side by even the slightest of gradients – if you’re ever caught short doing DIY without your spirit level, you’ll find the One Vision a worthy substitute.

It’s not all bad news, though. The One Vision uses a USB-C port and Motorola’s Turbo Charging tech to get you out of a tight spot when you’re low on battery. It also supports microSD cards, and has its own headphone jack.

Buy the Motorola One Vision from Amazon 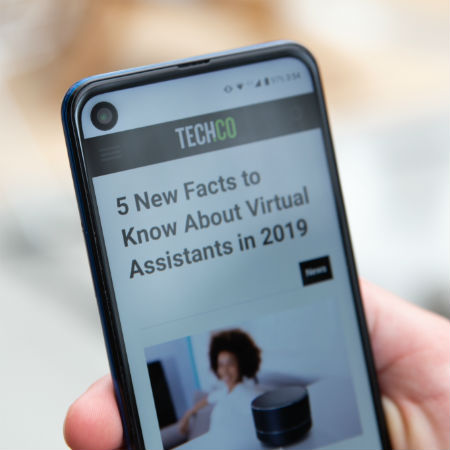 The One Vision isn’t the quickest phone on the market. It uses a Samsung-made Exynos 9609 processor and 4GB of Ram.

It’s about as quick as phones with Snapdragon 630 series processors, which means no hardcore gaming, and mutlitasking has a bit of lag. Apps take a good while to start up, as well.

The One Vision isn’t a phone for power users. We also found that the One Vision ran hot after being used intensely, or for longer sessions.

However, the One Vision uses the Android One skin, rather than a Motorola-specific version. This means that you get two years of OS updates, and don’t have to waste memory running apps and functions you don’t want or need.

The One Vision has a 3,500 mAh battery, and again, it’s perfectly good. We were typically getting about a day and a half of careful battery use, and closer to 10 hours of screen time in regular use.

It’s pretty unremarkable, but considering the compromises Motorola’s had to make in order to achieve the $350 price tag, the One Vision’s battery life isn’t bad.

Motorola One Vision Cost and Value for Money

The Motorola One Vision costs a touch more than Motorola’s own g7 Plus – and if we’re honest, we’d be more tempted by the g7 Plus. It’s a more orthodox phone, and while it doesn’t have as strong a camera, it offers many of the same features.

So, what if you want the best camera quality? At this price, there’s only one real contender – the Pixel 3a. However, at $399, the Pixel is $49 more expensive than the One Vision.

So can the One Vision compete? Not really. It’s not as fast, the camera isn’t quite as good, and with a Pixel phone, you get longer support than Android One phones. If you can afford it, get the Pixel. If you can’t, the One Vision is a great camera phone for the price.

The One Vision is a decent phone, but it’s not without its quirks, and certainly won’t be to everyone’s tastes. The screen is arguably a bit too tall, the materials aren’t the best, and it struggles with speed.

However, it has an excellent camera for the price – and what a price it is. So, if you’re eyeing up the One Vision, you need to question how much you value the camera. If you’re not that bothered, get the g7 Plus.

Buy the Motorola One Vision from Amazon