This content has not been updated since October 14, 2019. For more recent tech advice for your business, why not try our guide to today's best phone models and brands?

At less than $200, the Nokia 3.2 (or 3V) is very much a cheap Android phone. However, that doesn’t necessarily mean it’s a bad phone – in fact, some similarly priced models have proven to be surprise bargains. But can this little Nokia compete with the likes of Motorola’s G7 series? Or is it a swing-and-a-miss from the resurrected Finnish phone brand?

Unless you require the absolute basics from a smartphone, the Nokia 3.2 isn’t going to be the phone for you. It’s a good-looking phone, with slim bezels and a small notch, but those looks can’t atone for a number of issues.

The performance is sluggish to say the least, and the measly 16GB of storage is barely enough to hold the Android operating system – there is a microSD card slot, but we’d still expect 32GB from a new phone these days. If we’re honest, the 3.2 is only really sufficient as a backup phone for emergencies.

We had a review sample of the Nokia 3.2 — its European phone name. However, in the US, the phone is a Verizon exclusive called the Nokia 3V.

The Nokia 3.2 looks smart – it has slim bezels, and a small notch for the selfie camera. The clear plastic rear case has a tendency to attract fingerprint marks, although this is a problem that plagues phones costing ten times the 3.2’s price. The lack of a camera bump is also refreshing to see.

The 3.2 feels sturdy in a way that a $150 phone shouldn’t. Any flex in the case or screen is almost imperceptible, and the side-mounted buttons and volume rocker have a pleasing amount of resistance.

However, it’s not all good news. Perhaps the most obvious omission is the lack of a fingerprint reader – instead, you get facial recognition from the front-facing camera. It’s not clear why Nokia chose to go for facial recognition over a fingerprint sensor, but it was perhaps a misstep. It’s sluggish and often fails to read faces at all, forcing you to unlock the phone via the pin – an annoyance that could have been avoided.

Another annoyance is that the 3.2 uses a micro-USB charger, rather than the newer, better USB-C connector. At this price, that’s not uncommon, but a USB-C would have been extremely welcome.

The Nokia 3.2’s 6.3-inch screen, on the other hand, is pretty decent. It’s not the brightest – LCD panels never are – but the colors are sharp, and contrast is OK. It did struggle with TV shows and films – especially ones with lots of low-light shots – but it was otherwise perfectly serviceable. 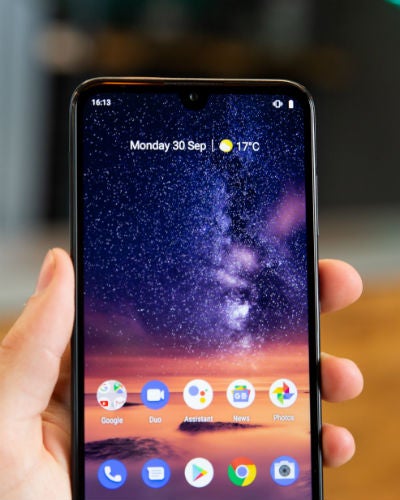 The Nokia 3.2 has a single rear camera, with a 13Mp sensor and a relatively narrow f/2.2 aperture. As a result, shots can seem a little underexposed, and lack a little detail.

The rear camera does have autofocus, but during our time with the phone, we found that at times, it was remarkably difficult to get the camera to fix a point of focus — just take a look at the final image in the gallery below, for example . This is likely due to the phone’s lack of processing power, meaning that it can’t make the most of what should be a decent camera.

The front camera suffers from similar problems – shots seem underexposed, and there can be some real smoothing of textures. If you’re a selfie connoisseur, this isn’t the phone for you.

Want a cheap-ish phone with a great camera? Check out Google's Pixel 3a 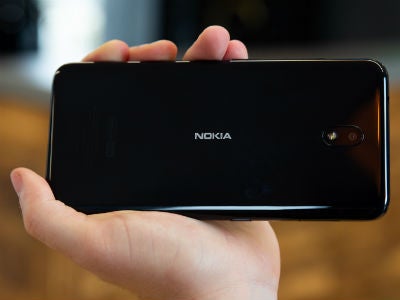 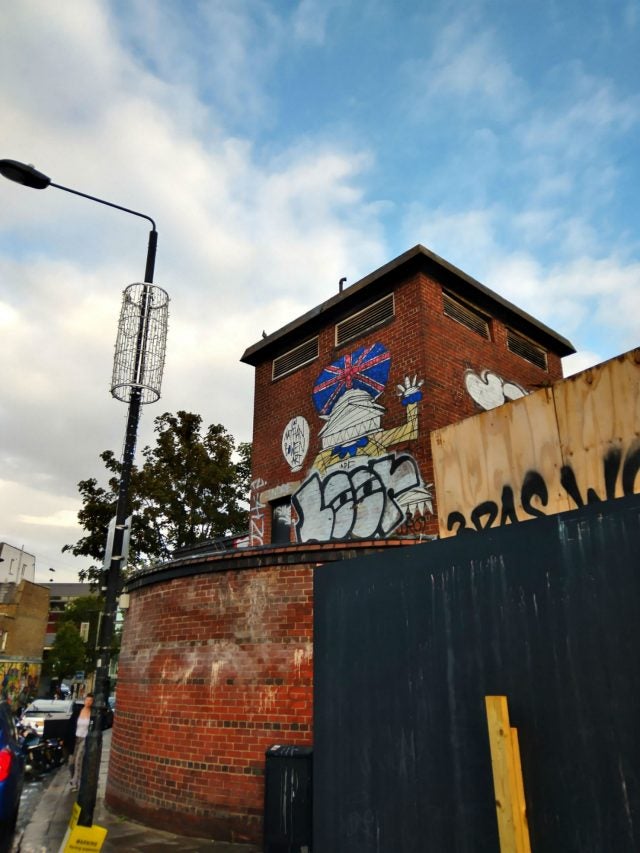 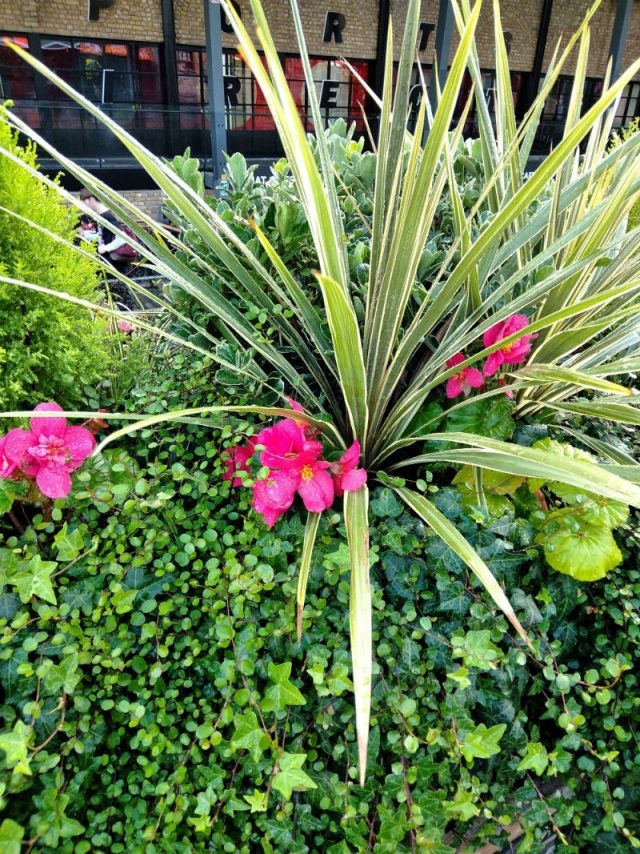 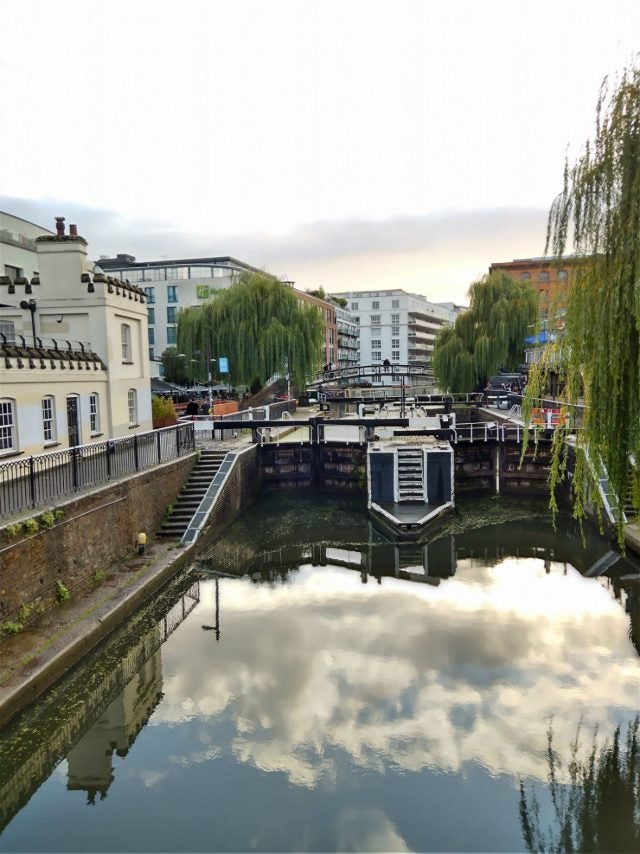 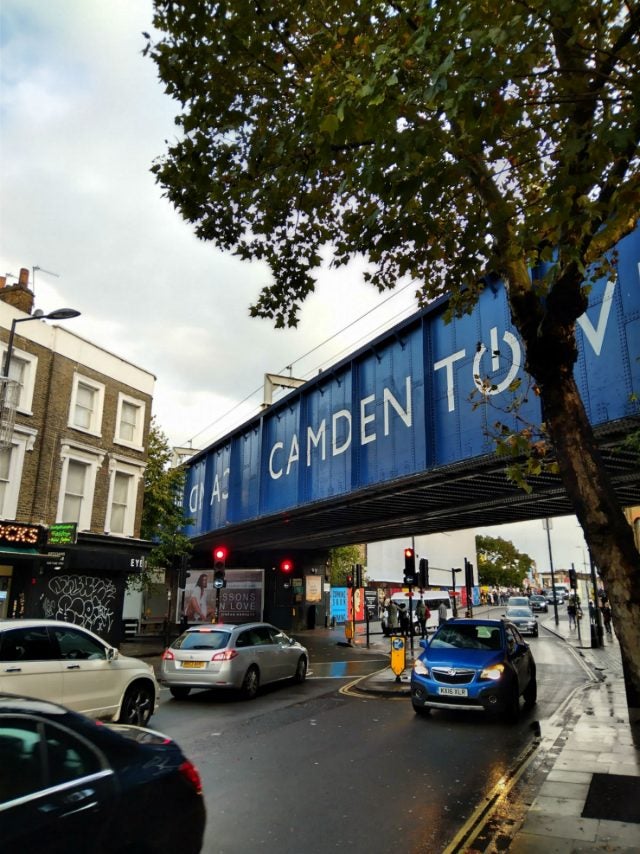 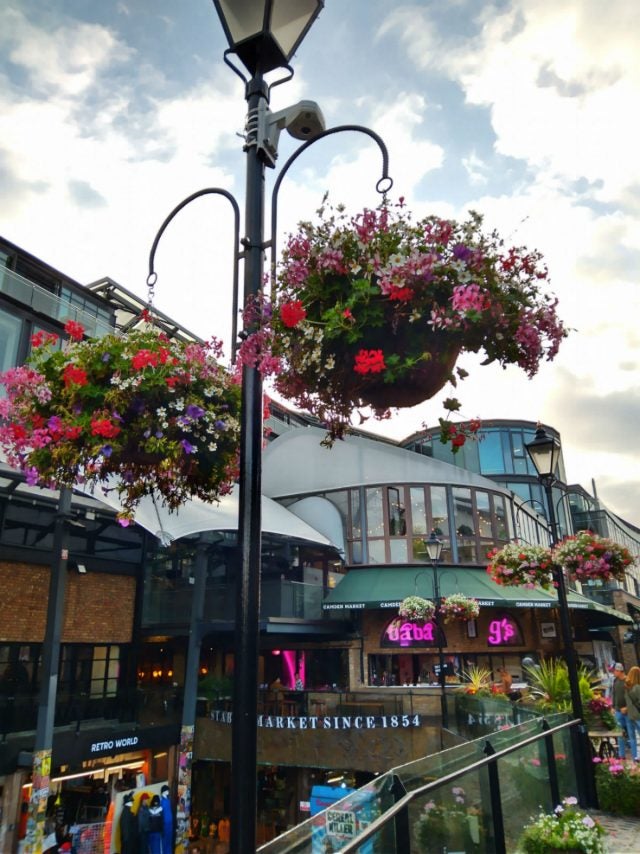 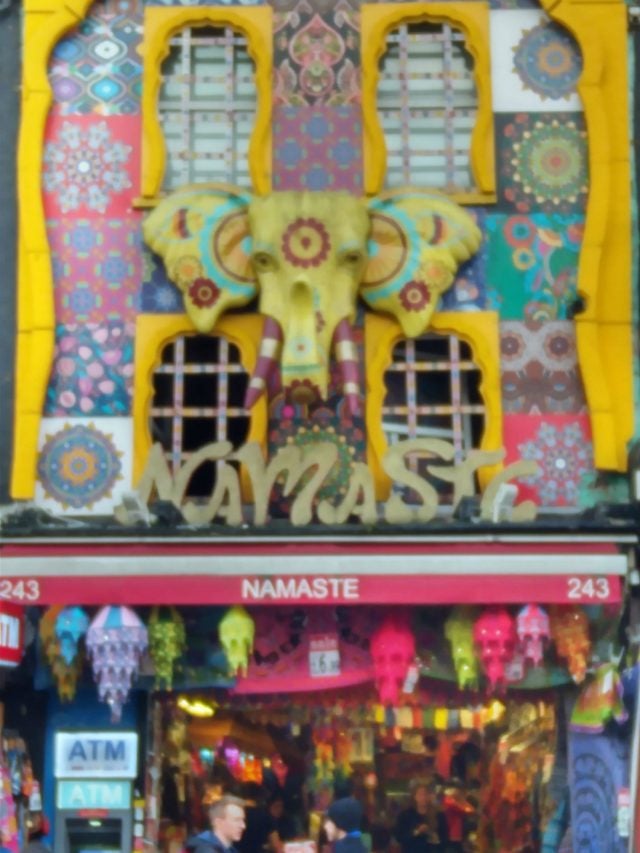 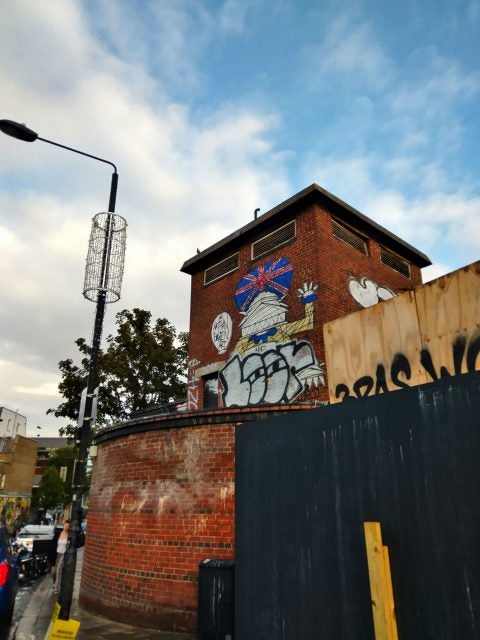 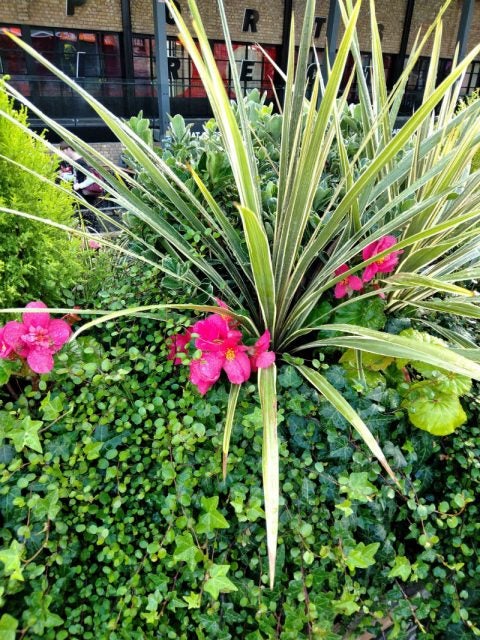 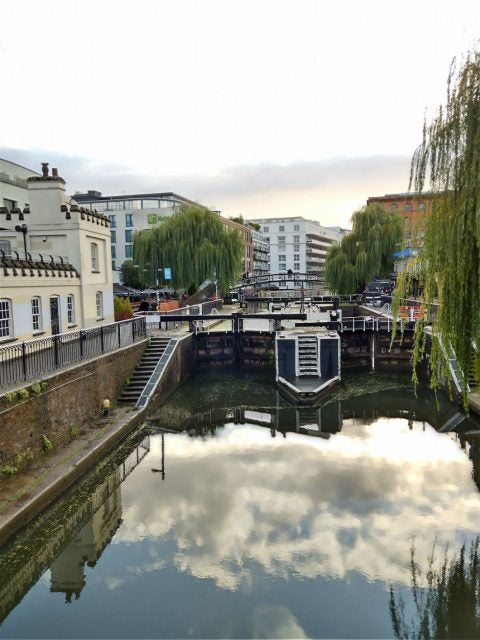 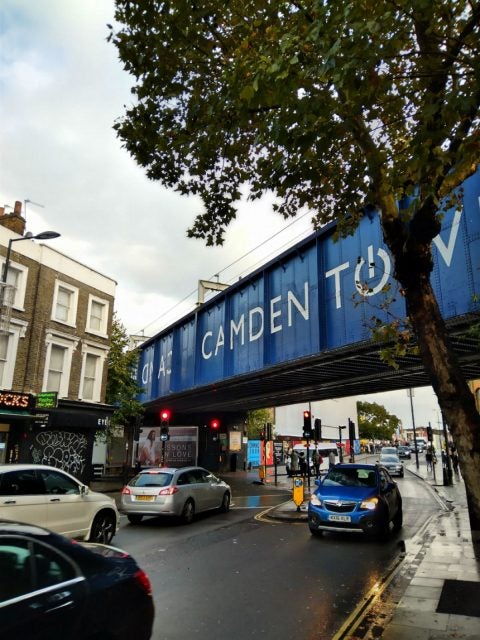 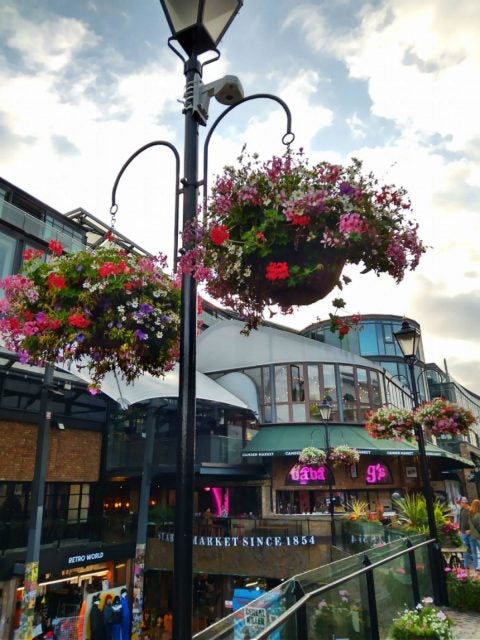 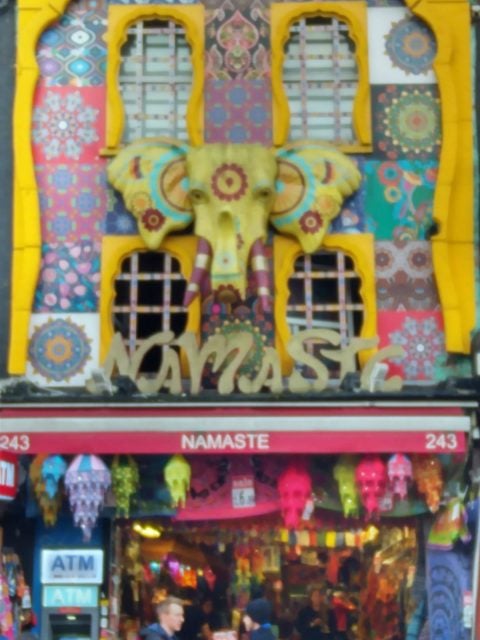 This is where the Nokia really struggles – put simply, it’s a very slow phone. It’s powered by the Qualcomm Snapdragon 429 processor, and our review sample had a measly 2GB of RAM.

This meant opening apps was a protracted process, and playing games involved a decent amount of juddering. But the lack of performance was most noticeable with the facial recognition tech. We mentioned it above, but we’ll mention it again here – trying to open the Nokia 3.2 when you’re in a rush is annoying. If the camera does detect that it is indeed your face, there is a definite pause.

However, one advantage of the 3.2’s lack of punch is its great battery life. We were able to easily extract over a day and a half of regular use from its large 4,000 mAh battery.

This would make the 3.2 a great option if you were looking to take a phone to a festival, for example. The excellent standby time would mean that it will almost always be ready to go whenever you’ve lost friends in a crowd.

Equally, as a backup phone, the 3.2’s battery life means that you’ll never be caught short when your main phone has a problem.

Need a phone with great battery life? Check out the Motorola g7 Power

The 3.2, like most other Nokias, runs an almost completely stock version of Android – that means no bloatware, and no unusual UI or layout changes. As a result, the 3.2 is an incredibly simple phone to get to grips with.

However, its side-mounted Google Assistant button isn’t really necessary in our opinion. Accidentally pressing it is remarkably easy, and it arguably could be built into the power button – similar to Samsung’s approach with its Bixby button.

Despite the 3.2 having a relatively large 6.3-inch display, and being relatively thick at 8.6mm deep, it doesn’t feel unnecessarily large or unwieldy in the hand.The rear plastic case isn’t particularly slippery, either. 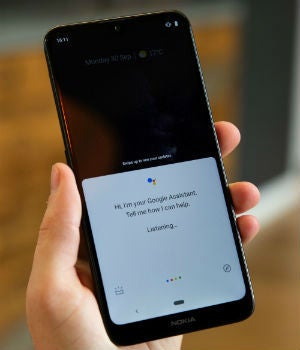 Nokia 3.2 Cost and Value for Money

This is where the Nokia really shines. Considering it costs $150, it’s hard to expect much more from a phone compared to what you get with the 3.2.

Sure, the camera isn’t great, and nor is the performance. But the screen is perfectly serviceable, and the battery life is impressive. If you don’t need a lot from a phone – which, if you’re looking at this phone, is probably the case – then you could do worse than the Nokia 3.2.

After a bargain smartphone? See our guide to the Best Cheap Phones and Budget iPhones

Perhaps the biggest test for the 3.2 is how it fares against Motorola’s g7 Play, which costs a shade more at $199. Motorola’s G series has long been held aloft as the best range of cheap Android phones on the market, and while the g7 Play isn’t the best model in the current lineup, it’s difficult to get anything better for less.

If it were our money, we’d try and save the extra $50 for the g7 Play. It offers everything that you need from a phone to cover the basics – plus it has better cameras, quicker performance, and no unusual facial recognition quirks..

The Nokia 3.2 may be cheap, but it isn’t the best phone on sale even at this end of the budget spectrum – the sluggish performance alone should be enough to make you stop and think before buying one.

However, if you only need it as a backup or emergency phone, then the 3.2 will have enough to cover the basics. If we were buying a cheap phone, though, we’d still choose the Motorola g7 Play.

Buy the Nokia 3.2 from Verizon