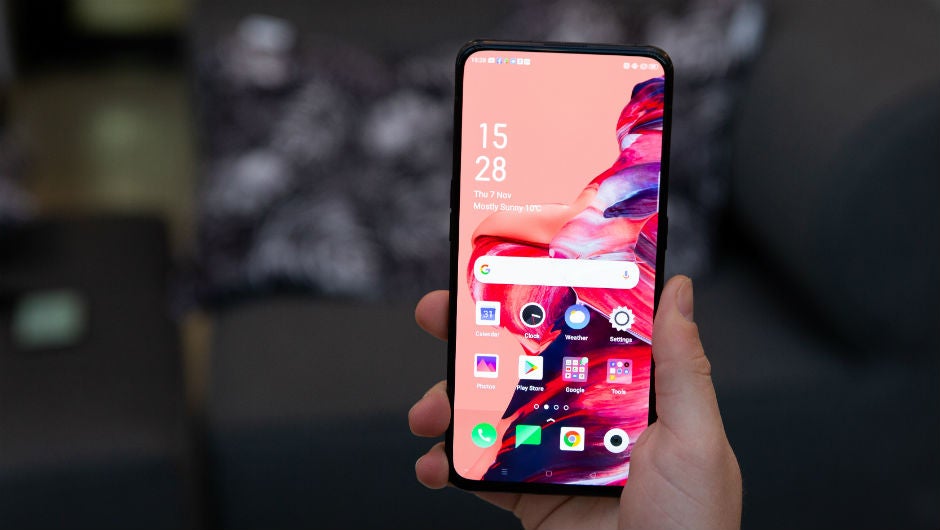 The Oppo Reno 2 is pitched as a mid-range Android phone with a raft of high-end specs, making it a pretty compelling package. As we mentioned above, Oppo doesn’t have an official sales presence in the US at the moment, but you can still pick up its models from Amazon and in a growing number of European countries. 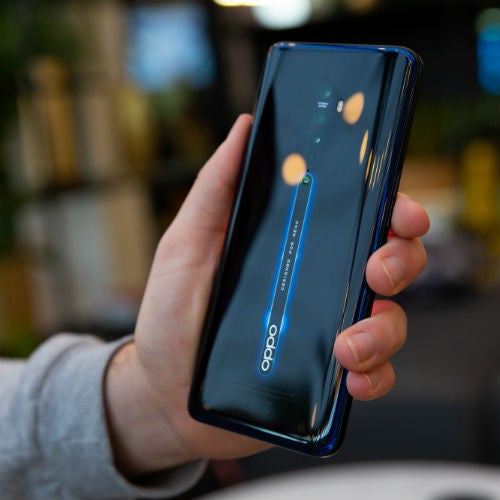 We’ve already taken a look at the Reno 10x Zoom, an updated version of the original Reno. We liked it, praising the cameras, performance, and battery life in particular. However, there were concerns over the phone’s OS and its pop-up selfie camera.

Sadly, many of these concerns persist on the Reno 2. However, despite these foibles, the Reno 2 is still a good phone – if you can get your hands on it.

In this review, we'll cover everything you need to know about the Reno 2, including:

In a world of relatively identikit phones, the Reno 2 has a couple of pretty noteworthy design traits. 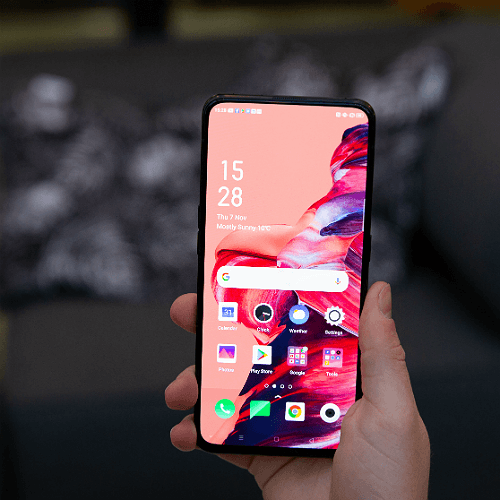 Let’s start with the most obvious – that pop-up selfie camera. Oppo decided to retain the ‘shark fin’ style from previous Reno, which sees the camera rise up from the right hand side of the phone. This means that Oppo can fit better camera tech inside the slider, as well as making it seem sturdier. It also means that there is no notch interrupting the 6.5-inch AMOLED display.

Oppo has also reduced the time it takes for the camera to rise up and down from inside the phone. It now takes just 0.8 seconds, which makes taking a selfie or unlocking the phone via facial recognition much less laborious.

The other significant design trait is that there is no rear camera bump whatsoever. Camera bumps have become so ubiquitous over the years that finding a phone without one almost feels strange, like there’s something missing. But it feels great, and it really rounds out the minimalist design: no notch, no bumps, no unnecessary frills (if you ignore the motorized camera, that is).

The Reno 2 is also significantly lighter than the Reno 10x Zoom, at 189g compared to 210g, making it feel handier and less like a heavy implement in your pocket.

When it comes to actual screen quality, the Reno 2 is, well… fine. As we mentioned, it has a 6.5-inch AMOLED screen with a 1080×2400 pixel resolution. It’s bright, sharp, and clear – exactly what you’d want from a phone in 2020, but it isn't anything remarkable. 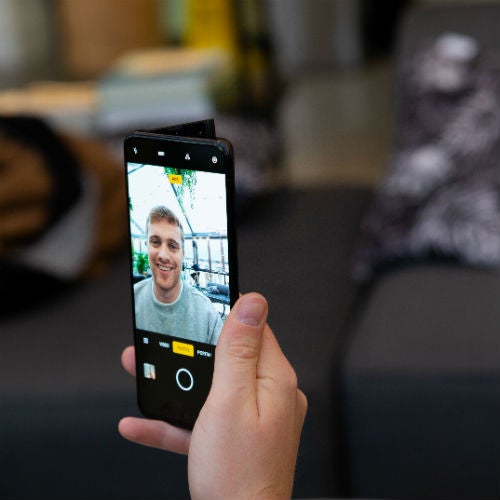 This vast array of rear lenses actually work really well in practice – and are a marked improvement over the Oppo Reno 10x Zoom’s capabilities. Images are sharp and colorful, although we did encounter some noise when taking challenging shots with a lot of detailed elements.

Particular praise, however, must be reserved for Oppo’s HDR implementation. The contrast between even similarly-colored areas is brilliant – particularly for a phone that costs around $550.

We also liked the Oppo's night and macro modes. The night mode is good, but not a patch on the latest Google phones, for example. Meanwhile, the macro mode (designed for taking extreme close-up shots) is a neat trick — check out the photo of the leaf below. We're not entirely convinced of the macro mode's utility, nor how many people will actually use it, but it's impressive nonetheless.

Video quality from the rear cameras is good, if not spectacular. Colors can look slightly muted, and it’s definitely worth upping the recording speed to 60fps from 30fps.

Round the front, the pop-up selfie camera uses a 16Mp wide-angle lens. The selfies it takes aren’t bad, either – there’s a good amount of detail, no pesky face-smoothing, and they’re pretty well-lit.

All told, the Oppo Reno 2 has a pretty impressive array of cameras. Not quite as good as the Pixel 3a XL, mind, but they’re still nothing to be sniffed at. 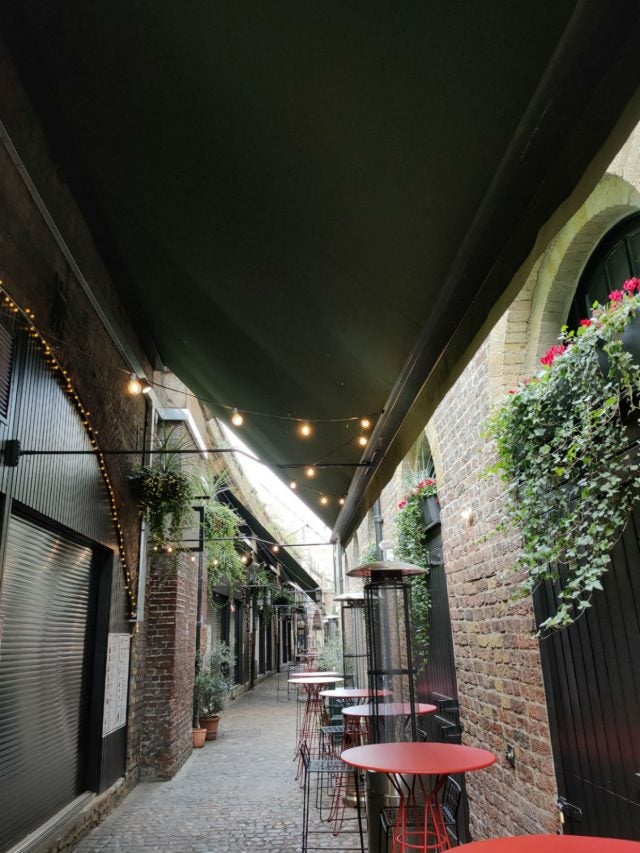 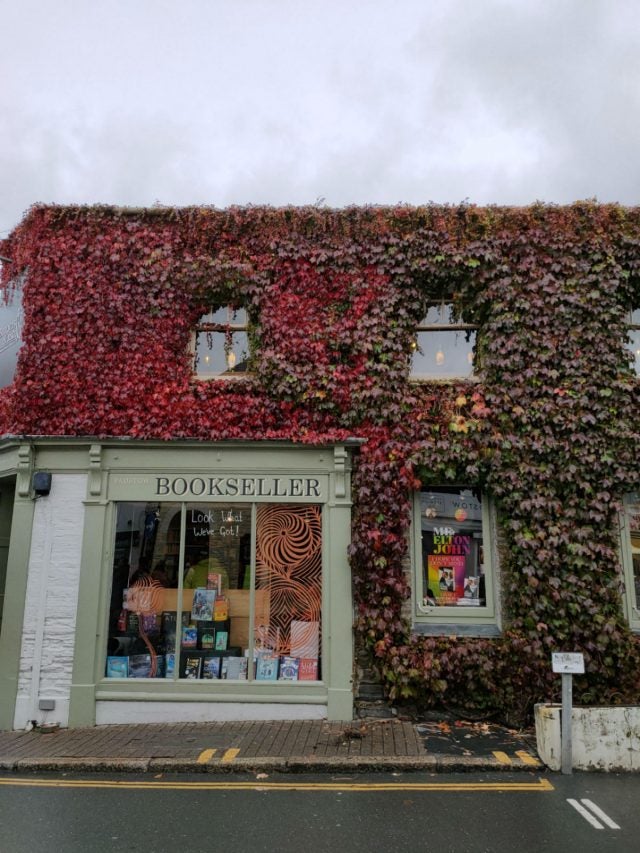 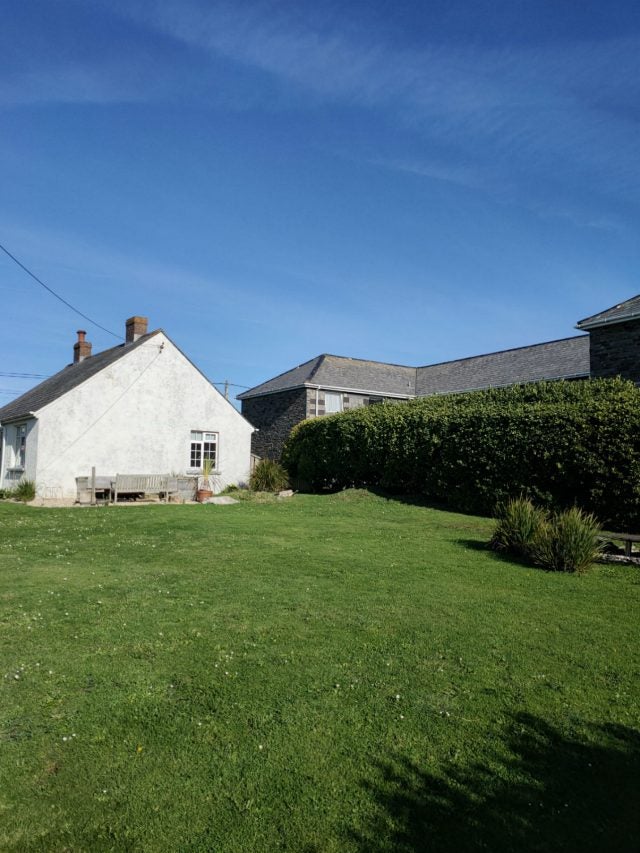 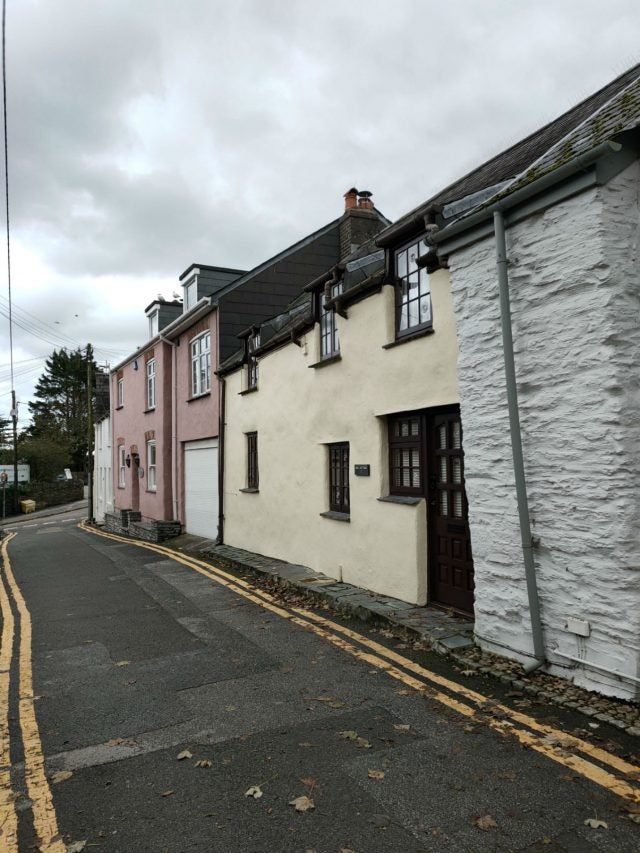 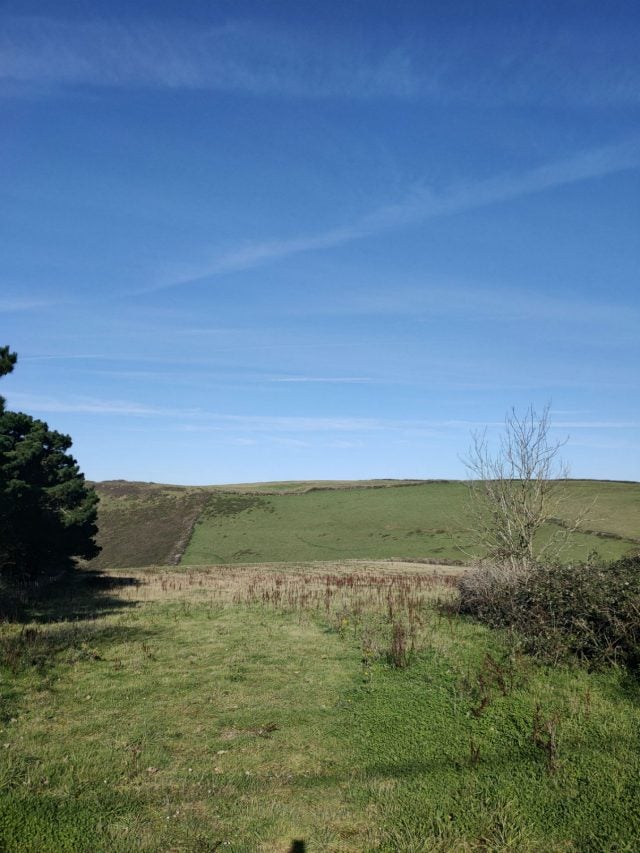 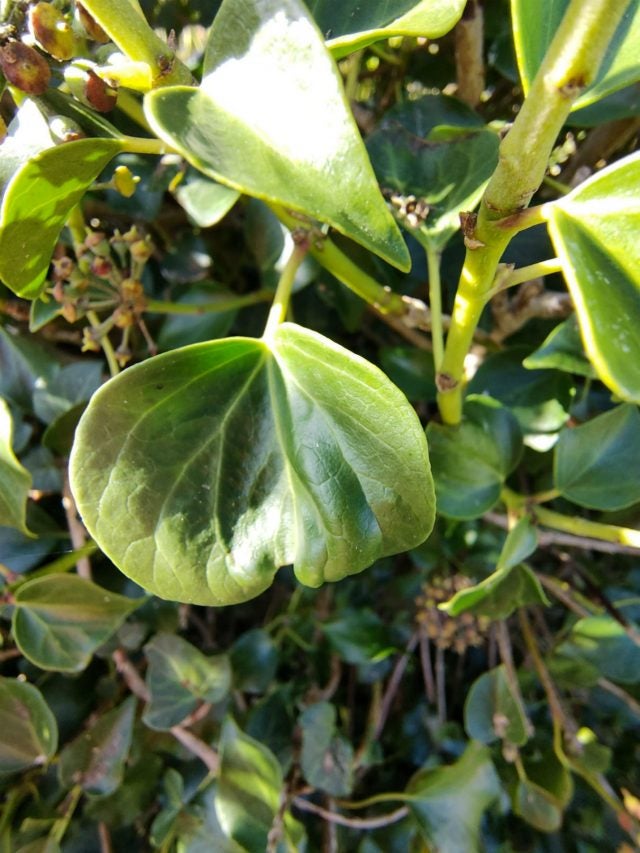 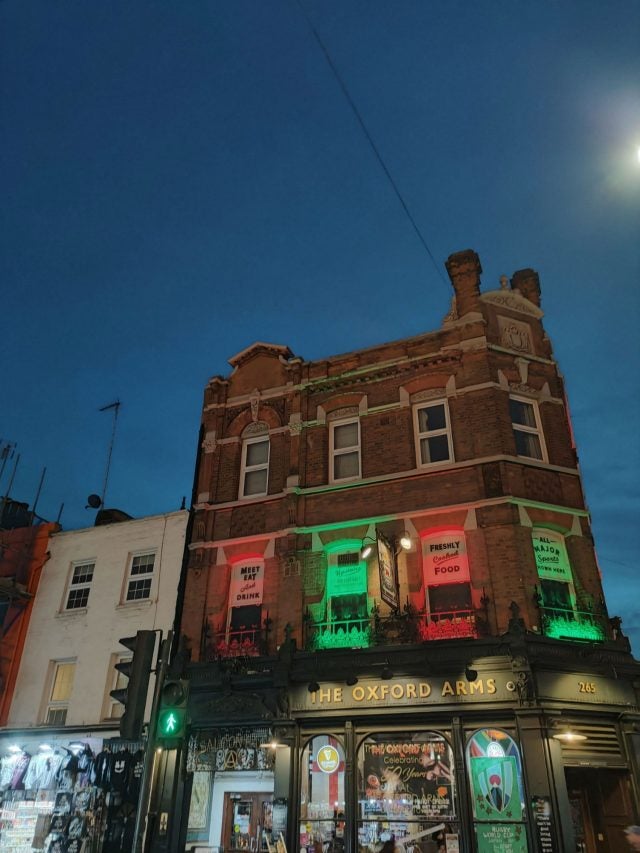 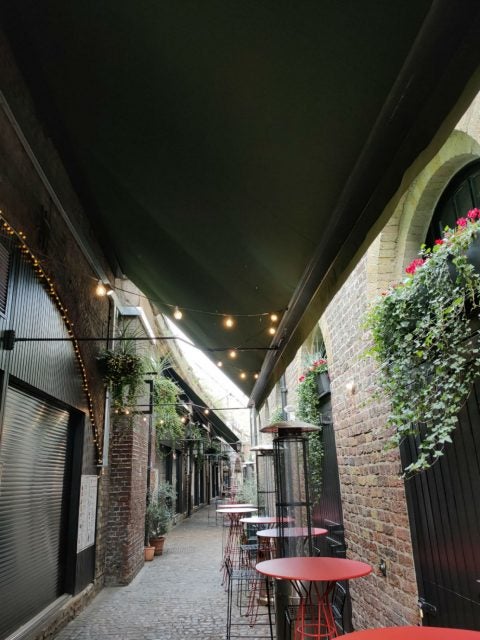 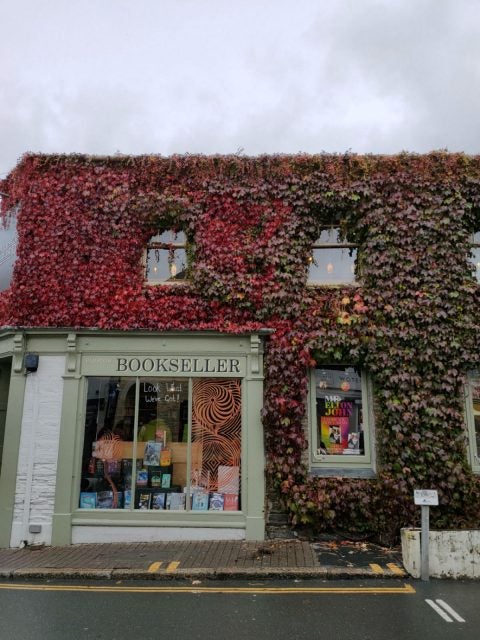 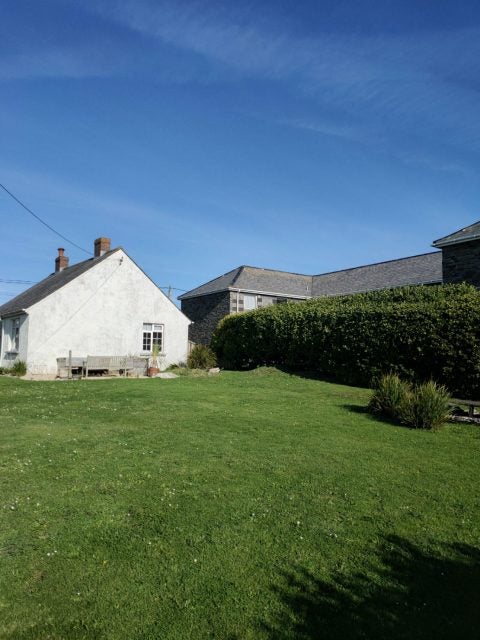 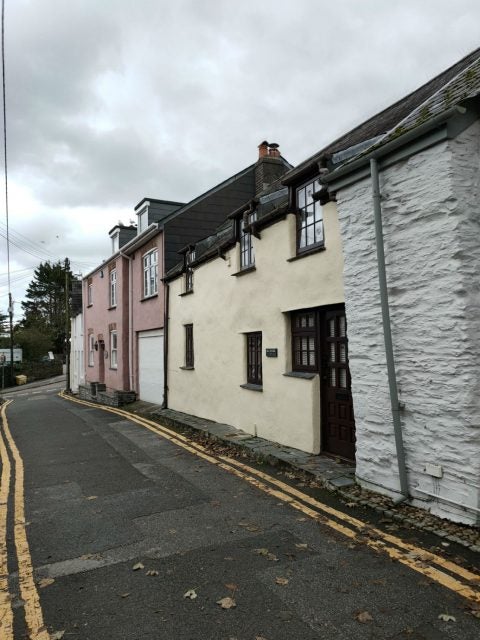 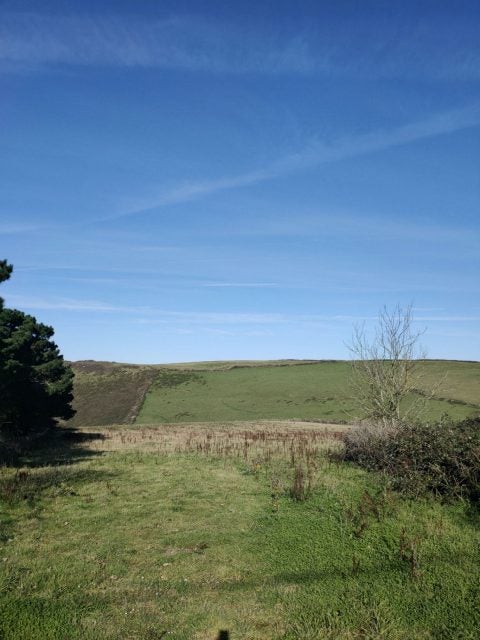 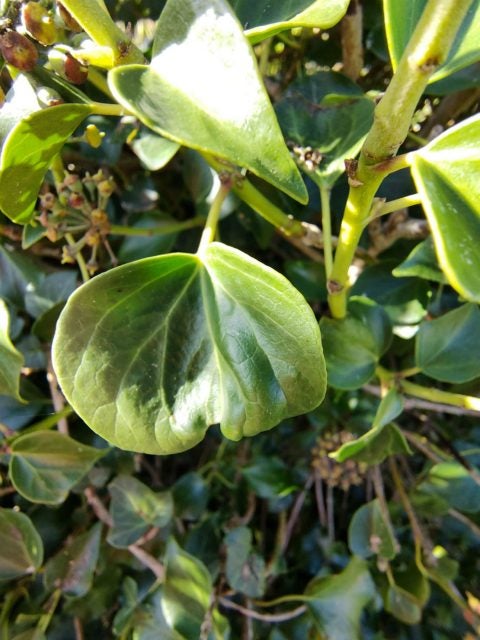 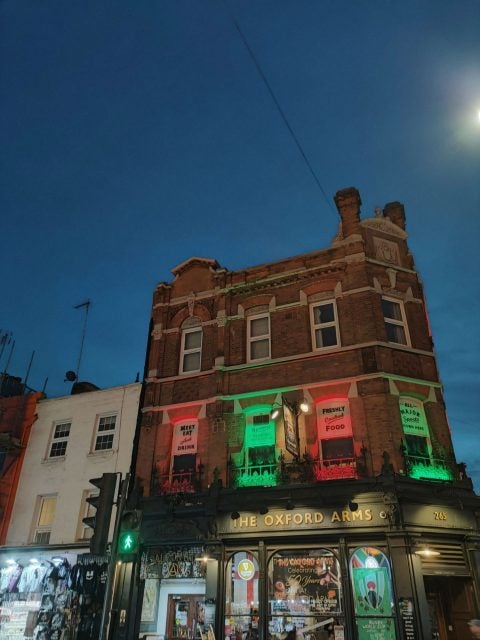 The Oppo Reno 2 uses a new and relatively speedy Snapdragon 730 processor, but gets a very healthy 8GB of RAM. As a result, the Reno 2 isn’t the quickest phone on sale, but it certainly has enough power to get the job done. 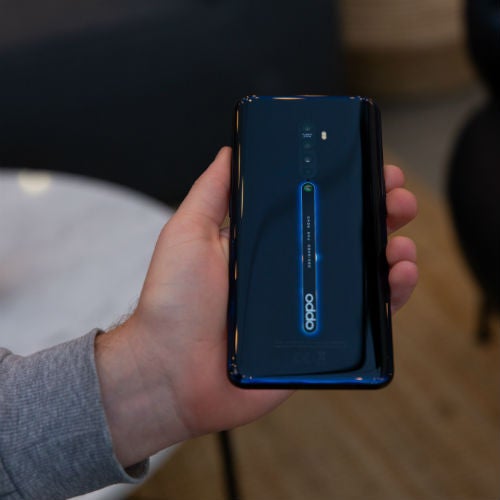 We found that we were able to play resource-hungry games such as Call of Duty Mobile and PUBG Mobile without too much difficulty, while loading and swapping between apps was speedy. The Reno 2 did run quite hot under heavy loads, but if you’re looking for a cheap, competent gaming phone, you could do a lot worse.

Battery life, on the other hand, is impressive to say the least. With a large 4,000 mAh battery, we were easily able to get around a day and a half’s use from the Reno 2. Plus, with Oppo’s 20 watt fast-charging – which can give 50% battery in half an hour – you’re very unlikely to get caught short.

The Reno 2 is something of a mixed bag when it comes to ease of use. The overall ergonomics of the phone are great, from the curved plastic back sans camera bumps, to the headphone jack and MicroSD card.

However, ColorOS – Oppo’s Android skin – is still a big departure from the Android skins you’re likely to be familiar with. There’s a lot of bloatware, and a number of features which, if we’re honest, seem fairly superfluous – Game Space, for example, promises improved performance and limited notifications. This would be fine on a serious gaming phone, but on the Reno 2, it feels unnecessary.

Cost, Value for Money, and Availability

Let’s address the elephant in the room: you can’t currently buy the Reno 2 from mainstream retailers in the US. You can get it from Amazon, but this will be an imported model, and likely won’t come with full warranty protection.

Despite this, you’re still getting a pretty good deal, considering the Reno 2 costs around $550. The cameras are strong, performance is quick, and you’ll definitely stand out with the pop-up selfie camera.

But, if we were spending our own $550 or so on a brand new phone, we’d probably choose either the Google Pixel 3a XL or OnePlus 7T.

The Pixel 3a XL costs some $80 less than the Oppo would, whilst offering better cameras and an easier-to-use operating system. The OnePlus 7T, on the other hand, costs $599, and comes with a better 90Hz refresh rate screen, speedier performance, and even faster fast charging.

With these two phones on the market, it’s pretty tricky to make a solid case for the Oppo – especially in the US. If you’re in Europe, we’d respect anyone who bought the Reno 2, but we wouldn’t do it ourselves.

The Reno 2 isn’t a bad phone. It performs strongly across the board in our tests, with enough performance, a high quality screen, and innovative design. It’s even relatively affordable.

However, given the range of quality options already on offer, as well as the peculiarities of trying to buy an Oppo phone in the US, we would advise (with a somewhat heavy heart) that you look elsewhere.

Buy the Oppo Reno 2 from Amazon