This content has not been updated since October 10, 2019. For more recent tech advice for your business, why not try our guide to today's best phone models and brands?

Samsung Galaxy Note 10 Plus Review
If you need a phone that can do everything, you can't do much better
4.5
In Short

The Samsung Galaxy Note 10 Plus is something of an oddity. The Note line of phones has always been home to Samsung’s latest and greatest tech. However, with the excellent and innovative S10 range and the new Galaxy Fold, the Note 10 Plus feels slightly homeless. But does that make it a bad phone? Not at all. The Note 10 Plus excels across the board and has some neat new features to make it stand out. But, is it the phone for you?

The Samsung Note 10 Plus is the larger and more expensive of the two Note 10 series models from Samsung. The Plus model gets a huge 6.8-inch display, four rear cameras, and a larger battery than the smaller Note 10 — and you’ll have to pay $150 more for the privilege.

However, perhaps the most controversial aspect of the Note 10 Plus is what Samsung decided to remove, rather than add. The Note 10 Plus (and Note 10, for that matter) is the first Note series phone to lose the headphone jack — Samsung claims this was to add a larger battery. However, we’re not convinced it’s a step in the right direction.

Both phones retain the Note series’ trademark S Pen stylus. Samsung has made it smarter than ever, allowing you to control your music, play and pause videos, and even take photos. The S Pen also has a new range of gesture controls, allowing you to perform a range of actions in Samsung’s own apps.

So, is the new Note 10 Plus worth buying? In this review we’ll take a look at: 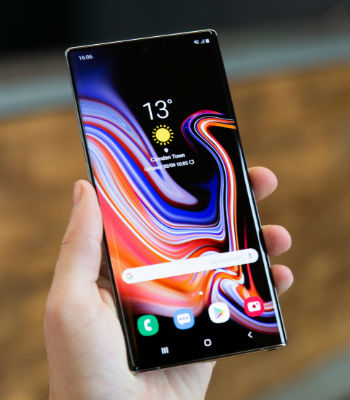 One of our (admittedly not deal-breaking) complaints about the Samsung Galaxy Note 9 was that it looked a bit, well…boring.

The Note 10 Plus, on the other hand, is a design triumph for Samsung. Our ‘aura glow’ sample looked incredible, with the light reflecting off the rear case into a spectrum of colors. The single hole punch front camera is small and unobtrusive, making the device seem like it is made purely of screen.

And, as you’d expect on a device that costs over $1,000, every button and fixture of the Note 10 Plus exudes quality. There’s even a distinctly weighty feel when you remove and replace the S Pen.

The screen itself is a 1440×3040 resolution AMOLED panel with support for HDR10+. To put that in less technical terms – it’s great. Samsung has been knocking out brilliant screens for a while now, and the one on the Note 10 Plus is no exception. It’s bright and incredibly sharp, but it really impressed us with the level of contrast and lack of motion blur.

The Note 10 Plus probably has the best phone screen on the market, excluding the 90Hz and 120Hz refresh rate screens being produced by companies such as OnePlus.

The screen also curves down at the sides, making the Note 10 Plus feel slightly smaller in the hand. However, we did find that we occasionally pressed the sides of the screen while trying to use the phone one-handed, or when holding it in landscape. Of course, this problem isn’t unique to the Note 10 Plus, it’s part-and-parcel of the curved screen experience — but it is still annoying. 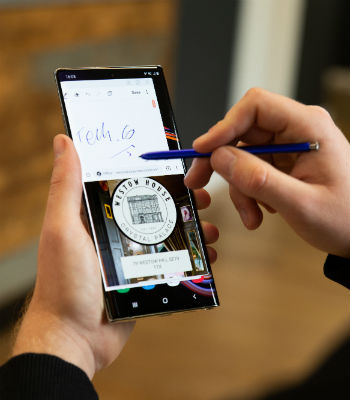 The Note 10 Plus – Performance

The Note 10 Plus is fast. Ridiculously fast, in fact.

It uses the latest Snapdragon 855 processor in the US (Europe and Latin America get Samsung’s own Exynos processor) and has a whopping 12GB of RAM. The latest iPhone 11 Pro Max, by contrast, has 4GB of RAM. That doesn’t necessarily guarantee that the Note 10 Plus is faster than the latest iPhones, but you’ll never experience any slowdown with the Note 10 Plus — the hardware simply won’t allow it.

However, we did find that the phone did warm up slightly under intensive use. If you’re planning to use the Note 10 Plus for lots of heavy gaming, this is something you might want to keep in mind.

The Note 10 Plus also has a crazy amount of storage. The standard model has 256GB, but you can also opt for a 512GB model. If that (somehow) isn’t enough space, it also accepts microSD cards.

The Note 10 Plus has four rear-mounted cameras: a 12Mp wide angle lens, a 12Mp telephoto lens for zoomed-in shots, a 16Mp ultra-wide angle camera for steady video and great landscape shots, and a time-of-flight lens for depth-measuring. But, do all these cameras actually make for good photos?

Generally, the images are sharp and packed with detail. However, they do sometimes lack some ‘pop’ — that’s not a technical photography term, but compared to some Google phones, for example, the images from the Note 10 Plus lack a little vibrancy. Take a look at the shots of London’s skyline below — you can pick out the individual buildings in the background, and make out the leaves on the trees. But the images just don’t quite wow you. 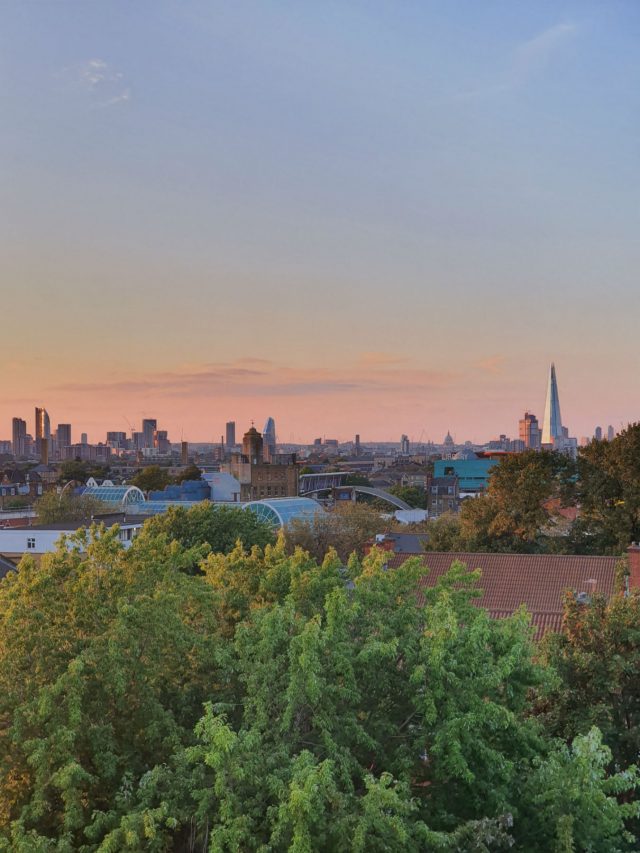 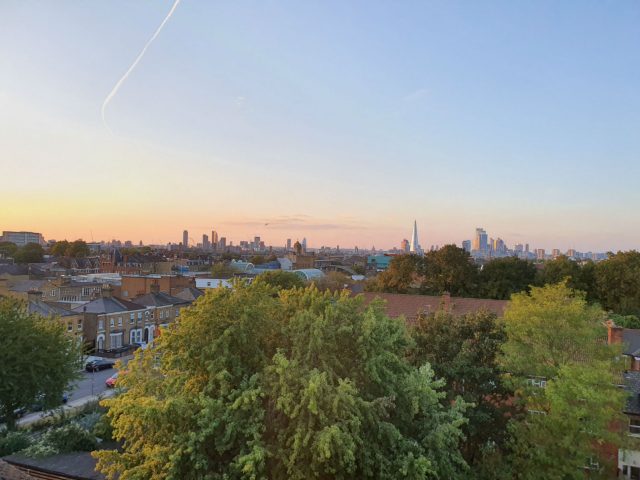 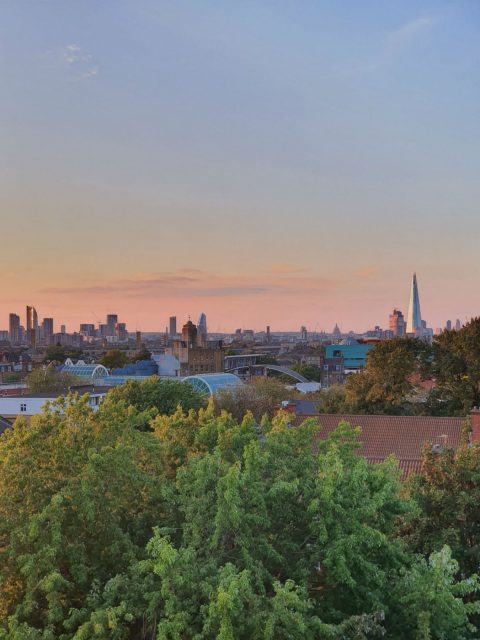 Closer shots certainly look great, on the other hand. The images are colorful and sharp. There’s a little bit of noise but nothing too untoward. The photos from the Note 10 Plus aren’t bad by any stretch – but in a highly competitive market, they’re not quite best.

The Note 10 Plus has a single 10Mp front camera and (stop us if you’ve heard this before) the images it takes are good. They’re well-lit, but can lack a little detail, meaning that images look slightly smoothed-out. But as the Note 10 Plus is a phone designed for professionals, we doubt you’ll be taking too many selfies anyway.

The Note 10 Plus also takes excellent videos. They’re stable (thanks to that ultra-wide lens) and, again, are packed with detail. It also has a range of interesting video modes — ranging from the portrait mode-like live focus video to hyperlapse which allows for time-lapse videos. If you’re after a phone to record high quality videos, you could do a lot worse than the Note 10 Plus. 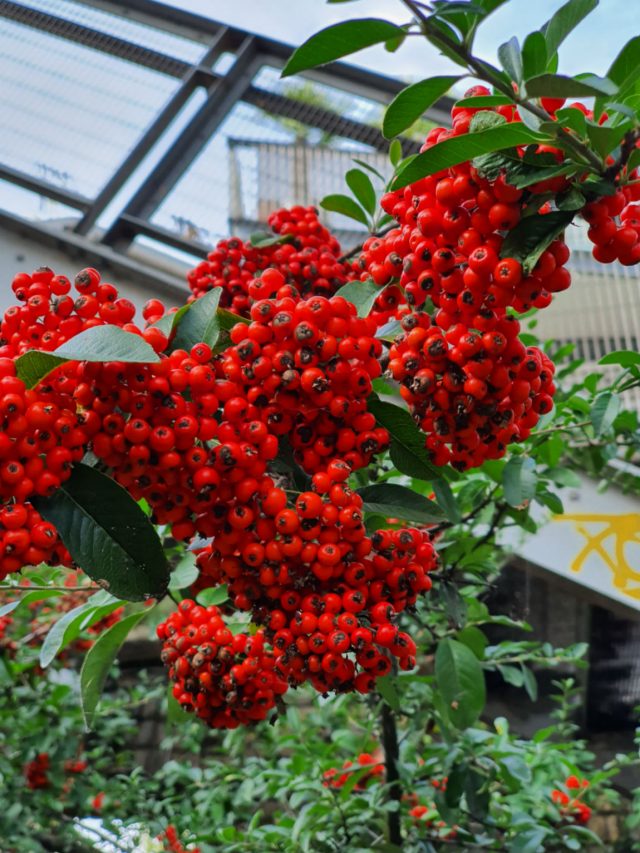 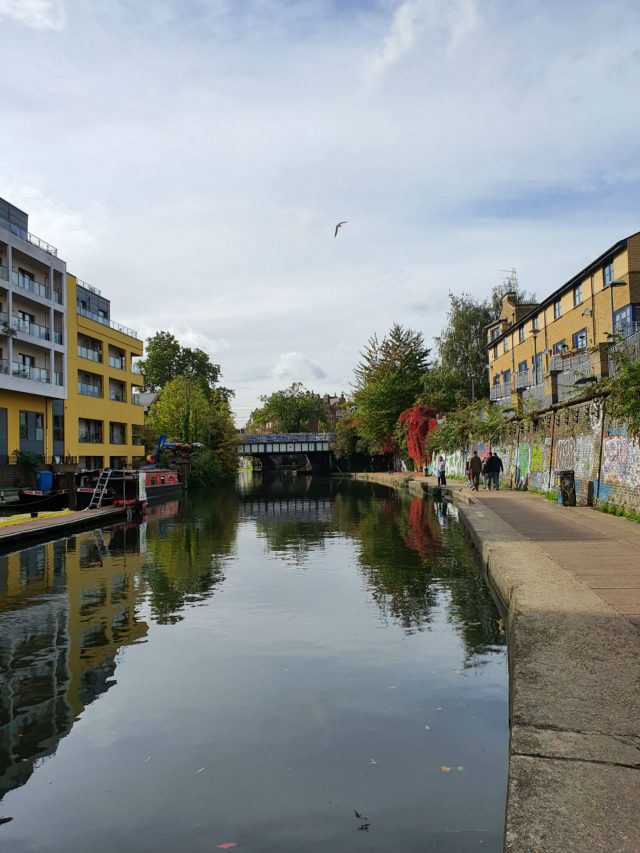 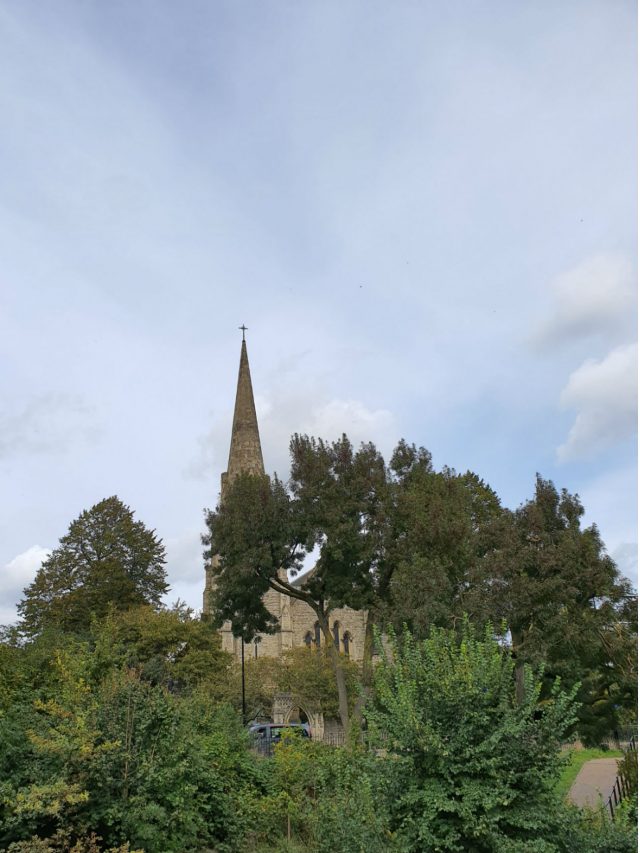 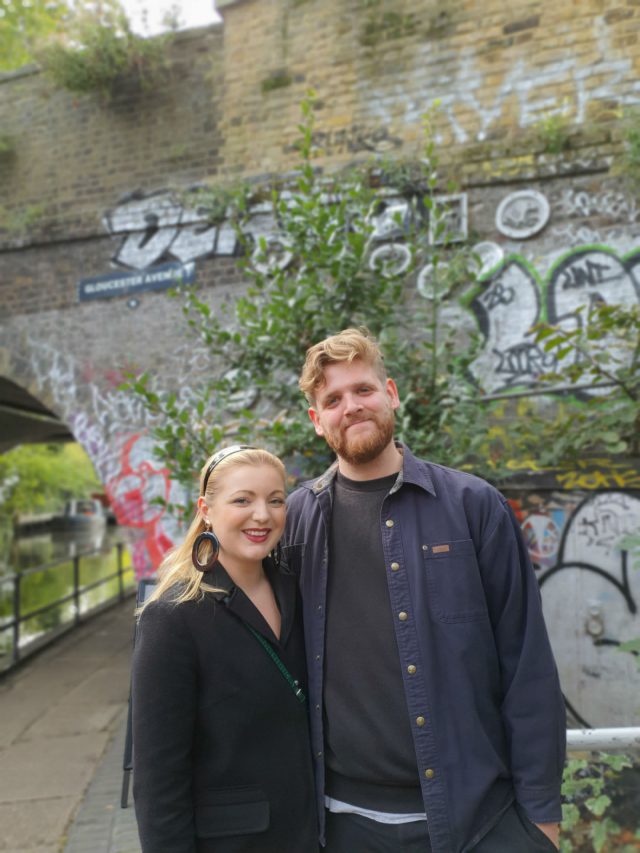 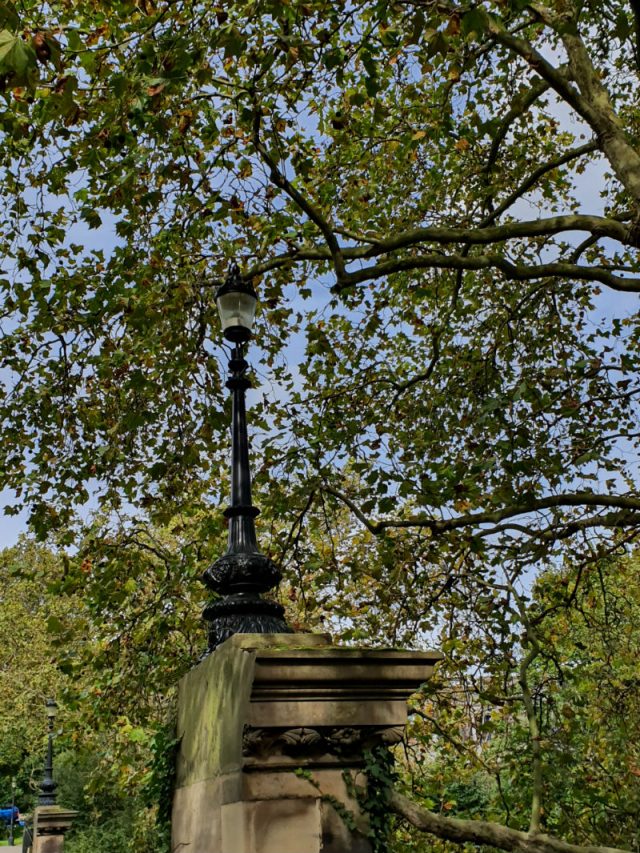 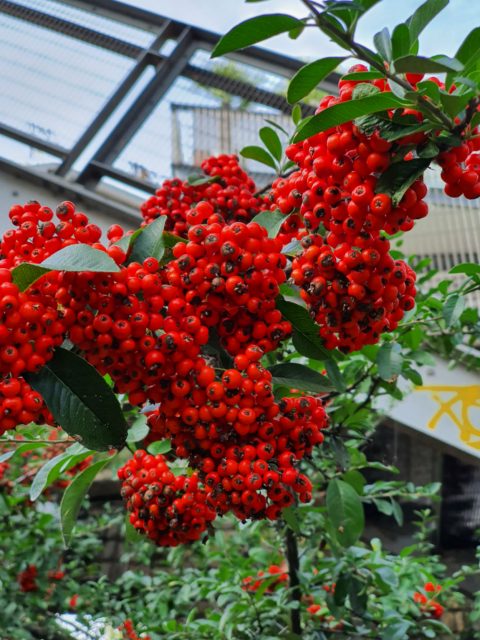 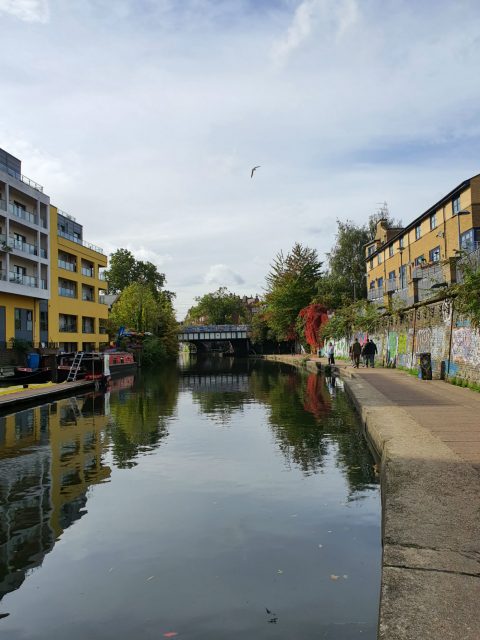 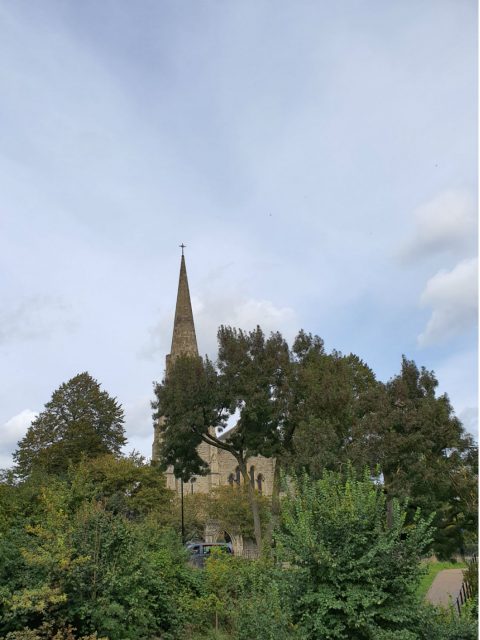 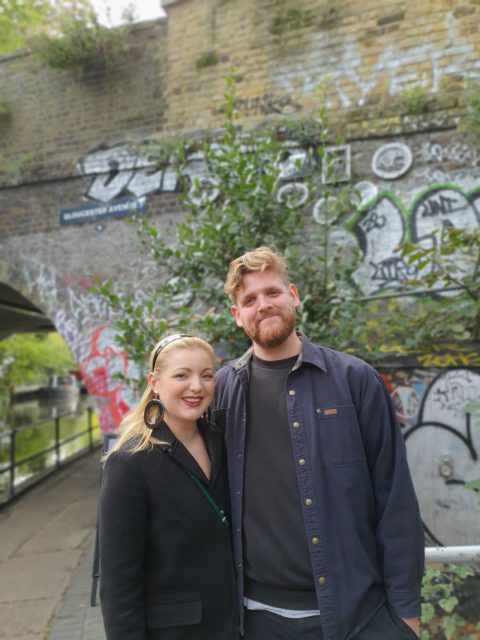 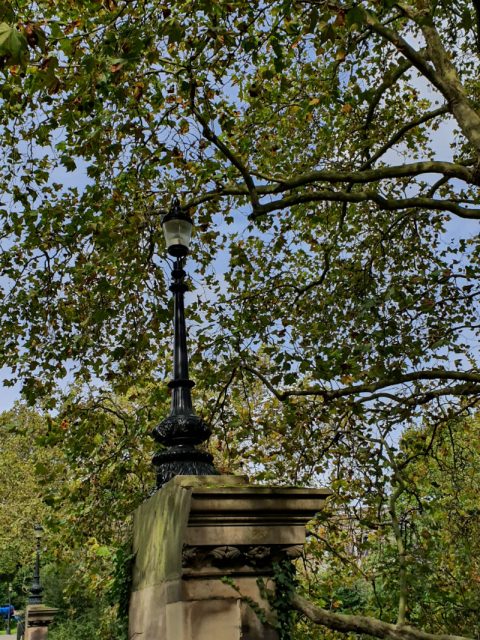 Samsung Galaxy Note 10 Plus – Ease of Use

Standing at almost 6.5 inches tall, the Note 10 Plus isn’t the handiest of devices. Reaching to the top corners of the screen can be a challenge with one hand, for example, while the curved screen can lead to some accidental tapping and swiping.

However, the Note 10 Plus is a phone designed to have a large screen and a stylus for productivity tasks. It was never meant to be a compact phone.

Perhaps the biggest issue with the Note 10 Plus is, sadly, the Samsung software. We’ve spoken about this before on Tech.co, but Samsung’s insistence on packaging its own versions of apps alongside perfectly good Google alternatives is frustrating. Do we really need Samsung’s Gallery app when we already have Google Photos?

Our biggest complaint, though, is the Bixby/lock button. Press it once and the phone locks; press and hold and you summon Bixby – and you may not have intended to.

Fortunately, you can remap the button but your options are limited. A press and hold can open the power off menu, while a double press can open an app of your choice (though not Google Assistant). It’s a minor irritant, but it’s still something we'd rather not deal with. 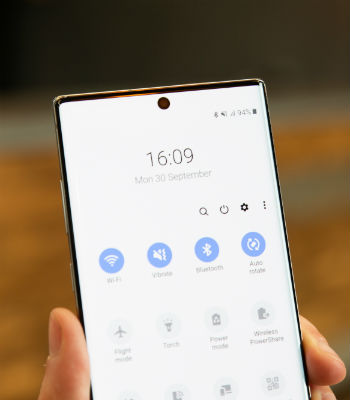 The Note 10 Plus – Battery Life

The Note 10 Plus’s battery life is, simply, phenomenal. It packs a 4,300 mAh battery, so this shouldn’t really be a surprise. But, we were regularly getting well over a day-and-a-half of battery life without really breaking a sweat.

If you’re concerned that battery life will be an issue with this phone, don’t be.

Samsung Galaxy Note 10 Plus – Cost and Value for Money

The screen is incredible, it’s well-built, performance is electric, the battery life is top-drawer, and the cameras are great. But, how does it compare to some of its rivals?

The S10 Plus remains our current favorite phone, but the Note 10 Plus pushes it very close for the title.

Overall, we prefer the S10 Plus because of its slightly smaller (but just as sharp) display, and the $100 saving. Sure, you don’t get the time-of-flight sensor rear camera, but you get a depth-sensing front camera. The S10 Plus battery is almost as large, at 4,100 mAh, and you’ll be unable to discern too much difference in performance.

All told, it’s difficult to pick between these two phones. But given that the Note 10 Plus is more expensive and its main selling points (the larger screen and stylus) don’t really get us off our feet, we’d pick the S10 Plus.

While the Note 10 Plus loses out to the S10 Plus, how does it fare against its smaller brother, the Note 10?

But what about the latest iPhones? The iPhone 11 Pro Max is slightly smaller at 6.5-inches, but promises even faster performance and similarly good (if not better photos).

Both phones start at exactly the same price — $1,099. On paper, at least then, it looks like the Samsung might be better value for money with the larger screen, bigger battery, extra rear camera, expandable storage, and stylus.

However, given the difficulty of swapping between Android and iPhone, we’d be tempted to advise iPhone users to go for the 11 Pro Max and point Android users to the Note 10 Plus. But really, neither of these phones would be a bad choice. 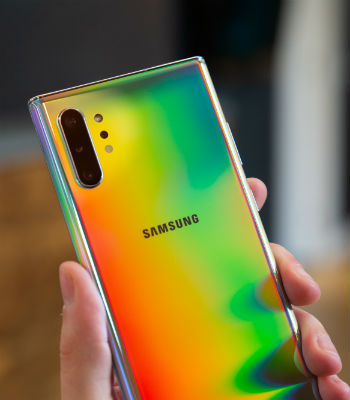 The Samsung Galaxy Note 10 Plus is a great phone. It’s expensive, sure, but as we said above, there are few phones that come as close to justifying the $1,099 price tag.

If you want a phone that can do everything — from watching films to playing games to managing spreadsheets and beyond, the Note 10 Plus is probably the best phone on the market. But it won’t be for everyone. The Note 10 Plus is large and heavy, so if you want a more traditional phone experience, we’d go for the cheaper S10 Plus.

Buy the Samsung Galaxy Note 10 Plus: