The S10 5G is Samsung’s first stab at a 5G phone – and the Korean company has decided that bigger is indeed better.

But does all that extra hardware make the S10 5G a good phone? And, if so, can it justify its enormous price tag? 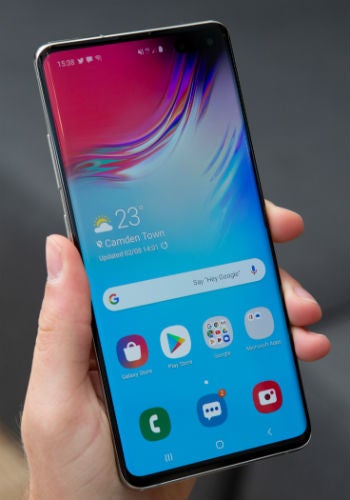 Samsung Galaxy S10 5G network speeds – Is 5G Worth It?

5G connectivity is the S10 5G’s biggest selling point. Having used the S10 5G for a week in and around London on the Vodafone network, we found the 5G network to be fast – and noticeably faster than 4G for more data-heavy tasks. Everything seemed so much easier.

However, the times where we actually had a 5G connection were infrequent, to say the least. Most of the time, we were stuck using a 4G or 4G+ connection – and when you’re looking down at your phone, knowing it could do better if it wasn’t being held back by the infrastructure, it feels disappointing.

The Samsung S10 5G is a great-looking phone. Its enormous 6.7-inch screen curves down beautifully towards the aluminum frame that runs around the sides. Both the front and rear panels are made from Gorilla Glass 6, the wonder material which promises to be incredibly difficult to shatter.

The rear case on our ‘Crown Silver’ sample looked fantastic. As light bounces across the surface, it changes from a blue-ish hue to a pink-ish one. Its long camera bump stretches across almost the entire rear panel, but provides a welcome symmetry when most other phones opt for camera bumps in the top corner of the rear case.

The screen itself has a brilliantly sharp 1440×3040 resolution, and with Samsung’s Dynamic AMOLED tech, it’s great for watching videos and films.

However, it’s not all perfect. While you do get a headphone jack, there’s no MicroSD card – something found on all other S10 models. Plus, the screen cutout for the front facing cameras is almost comically wide. Sure, it’s preferable to a notch, and houses a 10Mp snapper with a Time-of-Flight camera for superior depth sensing, but it’s still far too large. 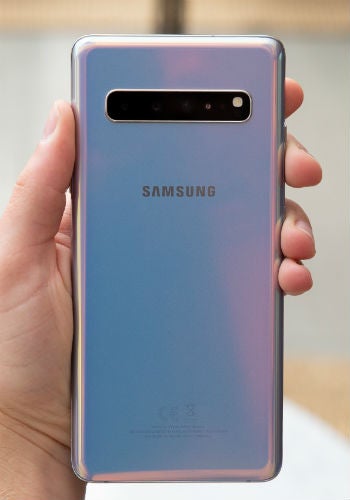 We’ve already touched on the S10 5G’s vast array of lenses – four on the rear and two on the front, making six in total. In theory, at least, the S10 5G should be equipped to deal with any situation you can think of. So, how does it fare in practice?

The rear cameras are great. Images are detailed, and contrast is strong. However, while the images are impressive, they’re not quite as eye-catching as those on found on Google’s repertoire of phones – and when the Pixel 4 comes along, it’s likely that the search giant will raise the bar again.

The front cameras are strong, though, particularly when taking Live Focus shots (similar to the Portrait Mode found on Apple’s phones). This is largely down to the S10 5G’s Time-of-Flight sensor, rather than the 10Mp wide angle lens that accompanies it. Time-of-Flight sensors work by measuring the time it takes for light to reach objects, giving the camera a much better idea of depth in photos. Apple and Google might have some strong algorithms, but neither of their front cameras can match the S10 5G for portrait photos. 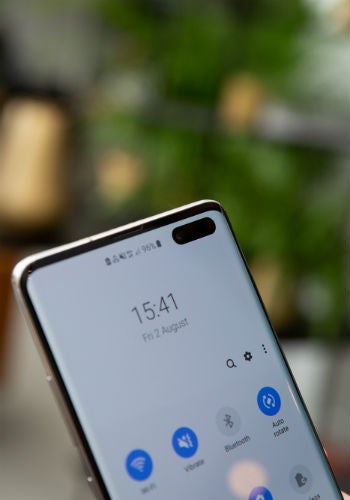 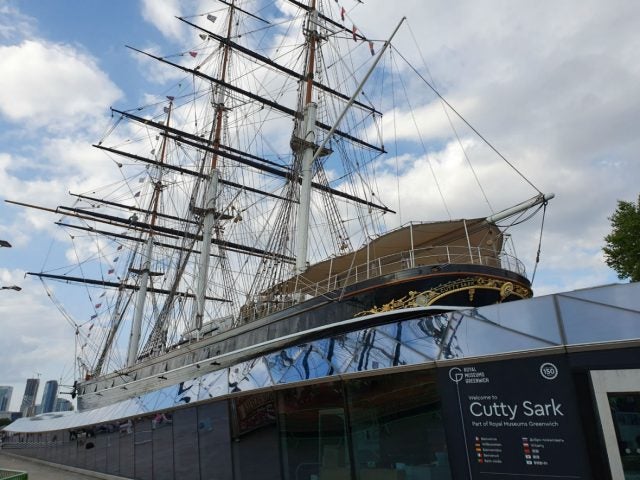 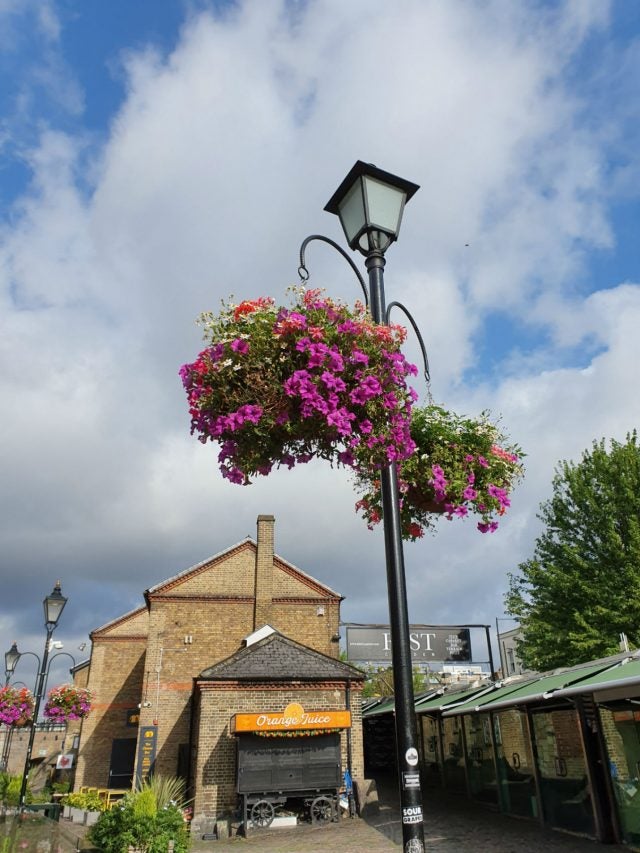 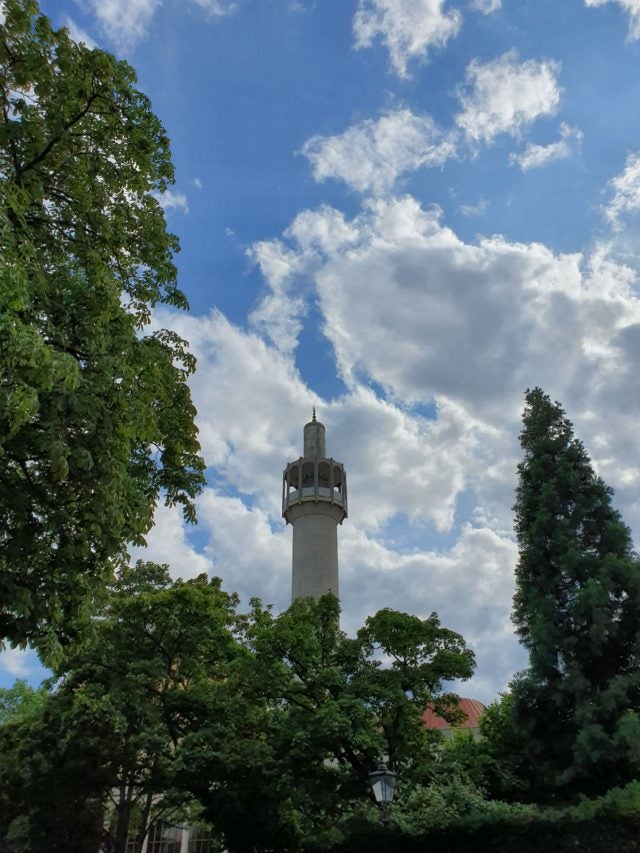 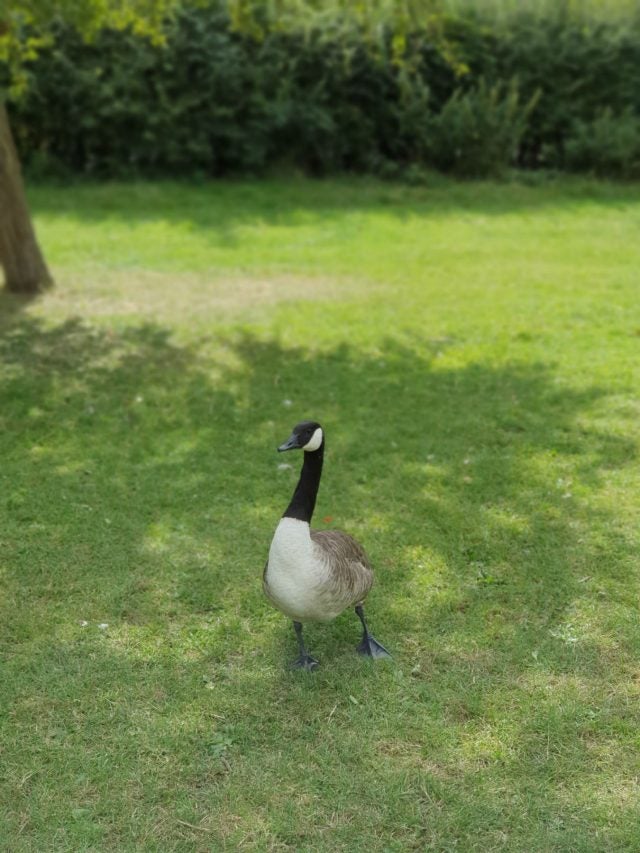 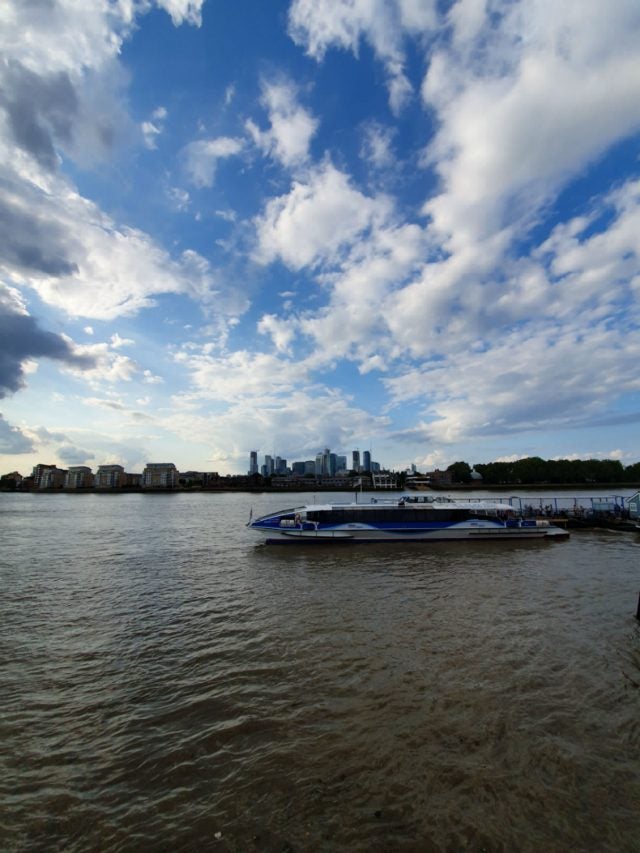 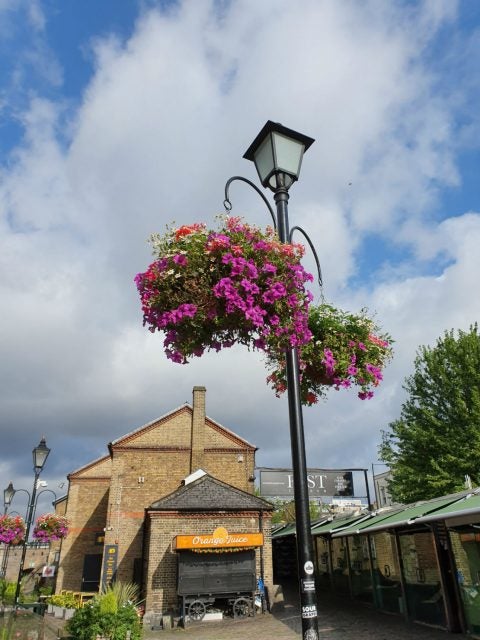 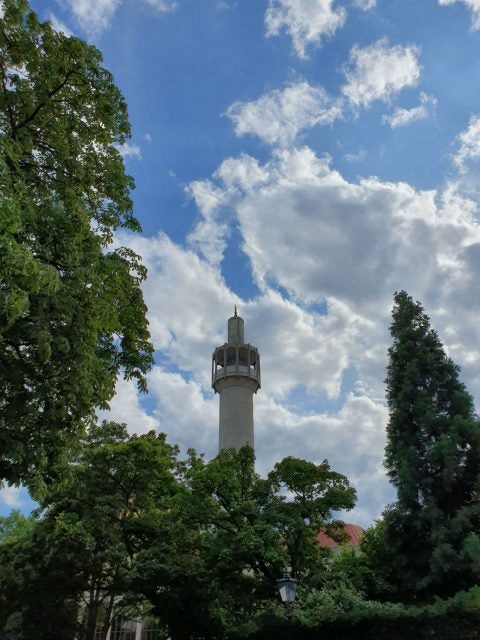 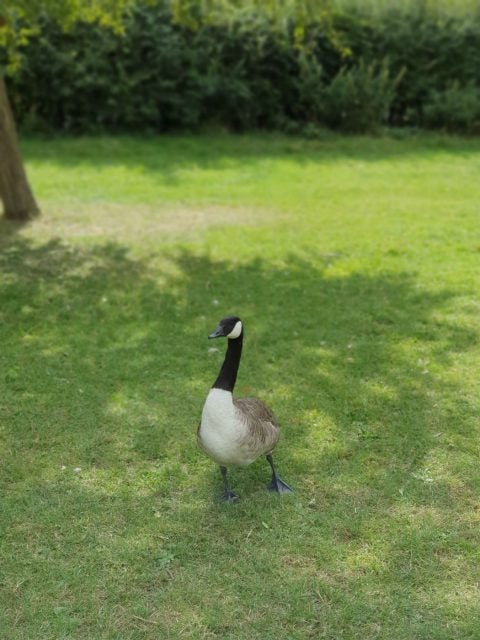 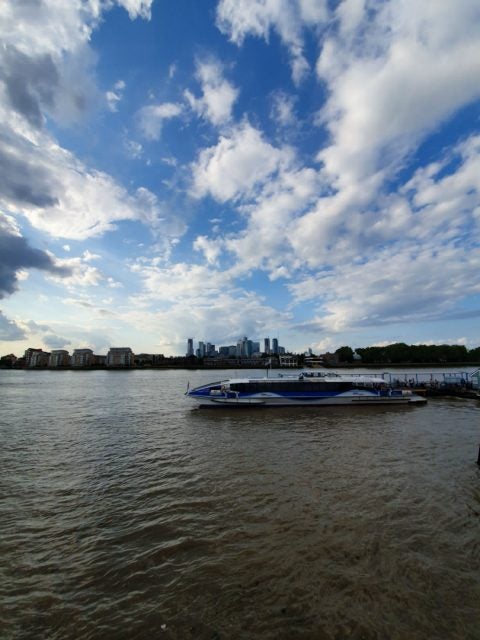 So, if you’re into photography, is the S10 5G a good choice? Undoubtedly.

Are its pictures as good as those taken on a Google Pixel? Almost.

The S10 5G also takes fantastic videos. They’re remarkably stable, with precious little blurring and plenty of color. It also has a feature called Live Focus Video, which as you can probably guess, allows you to blur the background of a video while keeping the foreground in focus – it’s a neat trick, and it works well.

Let’s cut to the chase – the S10 5G is a lightning fast phone that will power through pretty much anything you throw at it. Of course, we’d expect nothing less from a phone running a Snapdragon 855 processor with 8GB of RAM, but the S10 5G is still impressive.

Games run smoothly, with precious few frame rate drops or other hiccups, while swapping between apps or using them in split screen views is effortless.

Battery life from the S10 5G’s 4,500 mAh battery is impressive to say the least. We were typically getting well over a day, with a mix of playing games, perusing social media apps, and sending messages.

All told, the S10 5G is a real powerhouse of a phone – if you’re the kind of person who regularly pushes their phone to its maximum, you won’t be disappointed. However, if you’re not quite as demanding with your phone, the S10 5G will likely be overkill, and we’d recommend one of the cheaper models in the series.

Are you sitting down? Good.

The Samsung S10 5G will cost you $1,299.99. If you’re looking to get the phone through a network – and your choices are limited to Verizon and Sprint – you’re looking at at least $54 per month on a two-year contract. The S10 5G is not a cheap phone.

Can a phone that costs near enough $1,300 ever be worth it? The S10 5G makes a compelling case. The screen is huge and pin sharp, the processor is lightning fast, the battery life is impressive, and the cameras are outstanding. Oh, and you get access to 5G networks.

That being said, 5G networks are still patchy – even in big cities. If it were up to us, we’d wait until the infrastructure is in place before taking the plunge on a 5G phone. 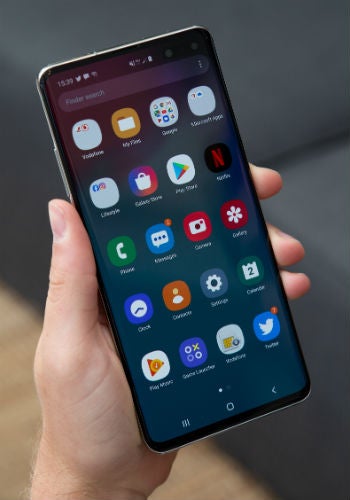 The Samsung Galaxy S10 5G costs $300 more than the S10 Plus, which itself is already an expensive phone.

While you do get some improved specs on the S10 5G compared to the S10 Plus – such as a bigger screen, an extra rear camera, and an improved Time-of-Flight front camera – we’re not sure those changes are worth an extra $300. What’s more, given the intermittent nature of 5G networks, you’re unlikely to notice those improved speeds regularly enough to make it worthwhile.

When you’re talking about phones that cost the wrong side of $1,000, the difference between prices can become distorted. After all, what’s $300 to someone who can already spend $1,000 on a phone anyway? However, you should bear in mind that, for just $399, you can get a Google Pixel 3a – a phone with a better rear camera.

If we were going to the store to buy a phone tomorrow, and we had a choice between the S10 5G and S10 Plus, we’d choose the S10 Plus and spend our extra $300 on a bumper data contract.

Buy the Samsung Galaxy S10 Plus from Verizon

The S10 5G is a great phone. In fact, it’s a step up from the S10 Plus (our current favorite phone) in every single way – including the price. But despite this, it’s surprisingly hard to recommend the S10 5G over the S10 Plus.

The improvements to the screen and cameras are there, but they don’t feel particularly compelling when compared to an already brilliant phone. With 5G network coverage so limited, the S10 5G’s most important feature isn’t available to you for most of the time. Save yourself some money and buy the S10 Plus – when 5G networks are properly up-and-running in a few years, you can then get yourself a 5G phone. 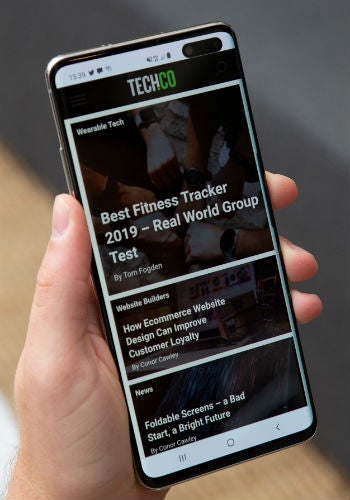