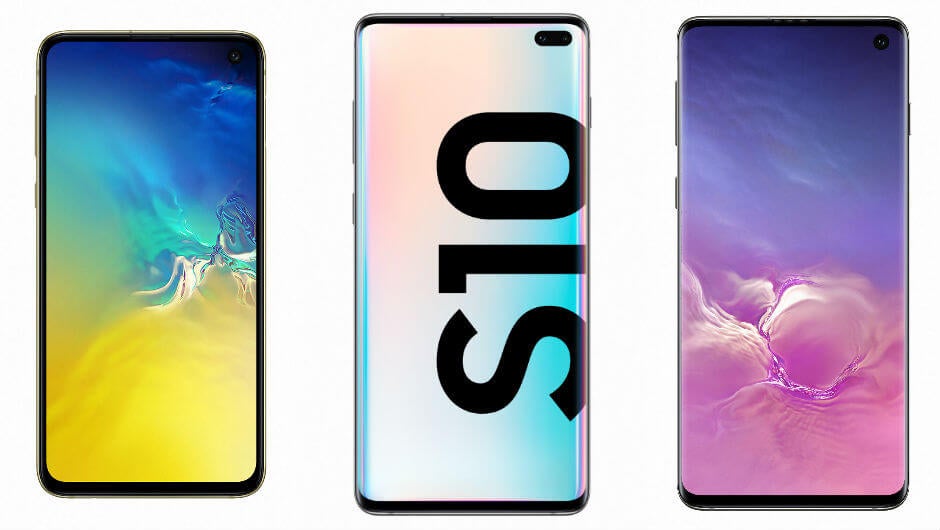 Samsung’s S10 range has some strong contenders for phone of the year, and network providers are making good with some tempting S10 deals.

The S10 and S10e, in particular, look set to be two of the best phones of 2019. They both feature bright screens, with the unique punchole front camera that makes the phone nearly all screen. Both have lightning-fast Snapdragon 855 processors and healthy RAM counts for snappy speeds, at 6GB and 8GB, respectively. And, crucially, both beat their main iPhone competitors when it comes to price.

If we were after a new phone, we’d be taking a very long and very hard look at the S10 lineup. So here are the best prepaid and pay monthly deals on all three of the latest Samsung phones.

Samsung is also running some limited-time deals to celebrate ten years of its Galaxy phone lineup — and there are some pretty tasty offers to be had:

Whether you’re looking to buy the S10 outright or on a pay-monthly plan, you’ll be pleased to hear that you’ve got loads of options.

As the new flagship Samsung phone, you’ll be able to get it on all the major networks. Plus, there are loads of stores to buy the phone from direct.

At the moment, the launch day price is holding firm no matter where you buy the S10 from. You can expect to pay the full $899.99 for the S10. Although, as we saw with the S8 and S9, we’d expect this price to drop after six months or so.

Your main choice, though, is which provider you go with. If you buy it from Samsung directly, you can also get a $130 voucher – which you could put towards some Galaxy Buds wireless earphones.

When it comes to pay monthly plans, though, there’s a lot more choice. And, there are already some deals emerging.

The S10e, as the cheapest phone in the new S10 range, looks to be the choice if you want some real bang-for-your-buck.

At the moment, when you pay for the S10e upfront you’ll likely be paying the same price wherever you go. However, at $749.99, the S10e is a great deal in and of itself – especially when compared to the iPhone XR.

You get the same wide-ranging carrier support with the S10e as you get with the S10. However, the monthly prices should be a bit lower, and we’re seeing some healthy competition already.

The S10 Plus is the priciest phone in the range, starting from $999.99. It’s the phone meant for the most demanding users – and those with the biggest pockets.

Just like the S10, you can get a free $130 voucher if you buy the S10 Plus from Samsung directly. It can only be used in the Samsung store, but, if you’re considering some Galaxy Buds or a new TV this year, it could be worthwhile. Again, we wouldn’t be surprised to see some price reductions in the next 6 months or so.

There are some pretty tasty deals about for the S10 Plus. But, there are some to watch out for. We’ve seen plans offering very nice opening data allowances for the first months, but then throttle the speed afterwards.

The three phones launched by Samsung a month ago sound similar, but they’re aimed at very different markets.

The S10, as the main flagship phone, is aimed squarely at users looking for a very premium phone experience. It costs just under a grand, at $899, and features a super-sharp curved display, triple rear cameras, and – just to rub it in Apple’s face – a headphone jack and memory card slot.

The S10e, on the other hand, is set to be the phone to get if you want value-for-money in 2019. It ditches the curved display for a still-sharp 1080×2240 resolution Dynamic AMOLED screen. It features triple rear cameras, a great range of color options, and it costs just $749.

The S10 Plus is basically a jacked-up S10. The display grows from an already big 6.1-inches to 6.4-inches. Plus, it gets dual front cameras, as well as the triple rear cameras found on the regular S10. It’s meant for the most demanding, and well-heeled users.

Find out more about the new Galaxy S10 range