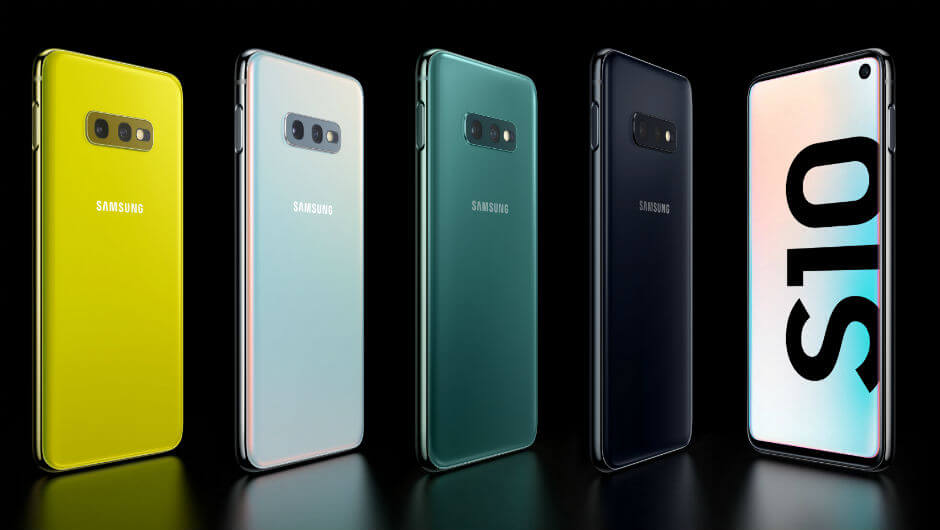 Samsung has just announced five new smartphones – the S10, S10 Plus, S10e, S10 5G and Samsung Galaxy Fold. Every phone brand hypes its products, but there’s a fair chance that these will indeed be the best phones of 2020.

There’s the new S10 lineup, with four models, including a cut-price S10e model and a new 5G version of the S10.

Samsung also announced a new folding phone, the first of its kind from a major smartphone manufacturer – with an asking price of just under $2k, though, you’ll have to pay big to be an early adopter.

So, which new Samsung phone is right for you? Let’s begin by comparing the specs:

The S10 is Samsung’s newest flagship phone, taking the baton from the excellent Galaxy S9. It has some big shoes to fill, but with an innovative punch hole design (more on that later) and new interface, the S10 looks like it’ll easily exceed its predecessor.

It’s also the first phone to support HDR10+. In practice, this means that you’ll get brighter colors, which look less blurred out, particularly when objects are moving on the screen.

The S10 is almost completely bezel-less, with only a small “chin” at the bottom of the phone. There’s no notch – instead, you get a small punch hole in the top right-hand corner of the display, which houses the camera. That punch hole doesn’t disappear, but isn’t intrusive, either. The camera within the punch hole is a 10Mp unit with an 80 degree field of view.

While the selfie camera doesn’t sound too groundbreaking, the rear cameras are set to stun. You get three rear lenses:

The S10’s cameras also have the benefit of some super-smart software to improve the picture capabilities. Samsung claims that it has used AI to analyse over a million professional photos – effectively teaching the S10 to give users tips for taking better photos.

For example, it can help you adjust the angle you’re taking the photo at if your phone isn’t straight. It can also help you master where to put your subject to get the best focus. It’s also capable of shooting HDR10+ video and has improved video stabilization, so you can take better videos on-the-go.

Samsung went big on gaming when it launched the Note 9, so it's no surprise to see the Korean company tooting its own horn about immersive gaming experiences with the S10, either.

It features a new 7 nanometer octa-core processor, and has a whopping 8GB of RAM — that’s more than some laptops. Samsung didn’t reveal exactly which chipset the S10 would be using, but we’d expect it to be Qualcomm’s new 855 chip, or a new version of Samsung’s own Exynos processors.

So, the big question. How much does it cost? The S10 will start at $899.99. And, that’s actually pretty good value. It’s cheaper than an iPhone XS (plus, on this first look, it would seem to knock Tim Cook’s phone out the park) and is a bit more expensive than a Google Pixel 3.

Should you buy it? If you’re already using a Samsung phone, yes. If not, it’s definitely worth considering. There aren’t this many phones that can offer such a complete package. 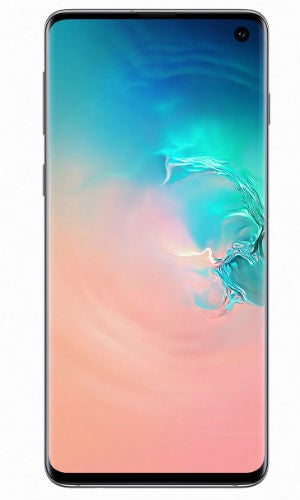 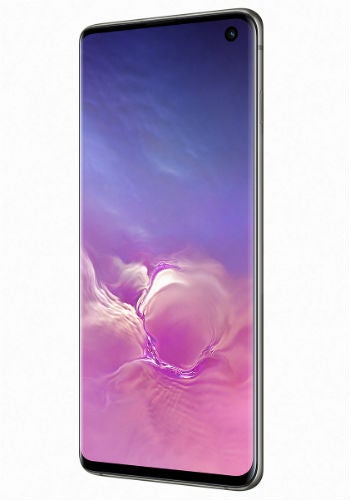 Samsung also announced a budget version of the S10 at its Unpacked event, the S10e.

However, unlike Apple’s cut-price iPhone XR, the S10e doesn’t feel like the ugly duckling of the range. You get a slightly smaller, lower resolution 5.8-inch screen compared to the S10. But, it uses the same Dynamic AMOLED tech as its bigger brothers.

It uses the same wide-angle and Ultra Wide Angle lenses from the S10, but loses the telephoto shooter, and it has the same 10Mp punch hole front camera, as well.

The S10e also comes with 6GB of RAM as standard, down from 8GB on the S10. But, if you opt for the 256GB version you can get an extra 2GB to keep it on parity with its bigger brother.

Beyond that, there’s precious little to choose between the S10 and S10e. The S10e will leave more money in your pocket, but there will be plenty of phone in there, too.

Should you buy it? Without getting the two phones in our hands yet for a direct comparison, it’s tricky to say exactly how the minor spec differences play out. However, the S10e looks like it’ll still be a great phone, and at $749.99, it’s a very enticing offer. 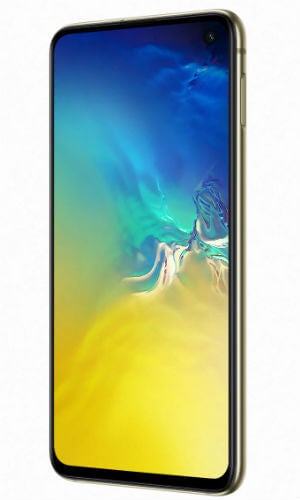 The S10 Plus takes the S10 and beefs-up the size and the specs. You get a chunky 6.4-inch Quad HD+ Dynamic AMOLED display, and the same triple rear cameras from the S10.

However, you get dual front cameras, including a 10Mp snapper and an 8Mp depth-sensing lens to help take better Live Focus selfies (which lets you blur the background and create other effects).

Should you buy it? It’s trickier to make the case for the S10 Plus, especially when comparing it directly to the S10. We’d probably save the extra $100 to spend on some Galaxy Buds. 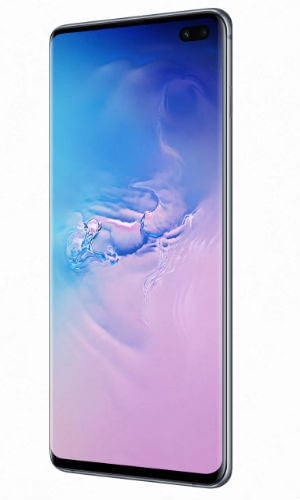 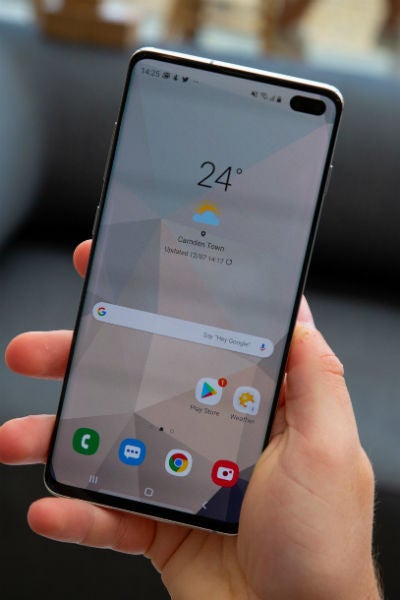 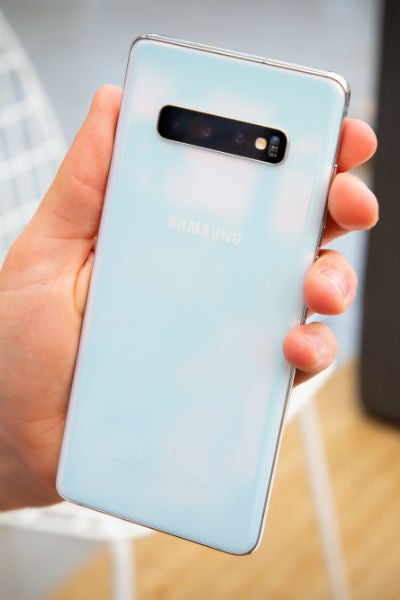 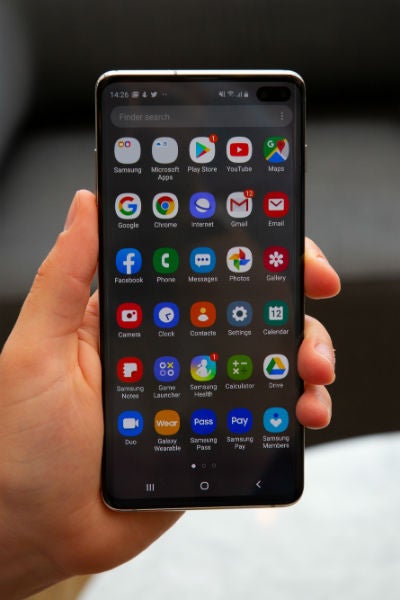 We’ve known that Samsung was going to be releasing a folding phone for ages, but we were still super-excited to finally get a proper look at it at the Unpacked event.

When folded-up, it features a small 4.6-inch HD+ display with a crazy tall 21:9 aspect ratio. However, when folded-out, you get an incredible 7.3-inch QXGA+ (somewhere around 2048×1536 resolution) Dynamic AMOLED display.

It features a 10Mp selfie camera when folded-up. But, when folded-out, you get three rear cameras and two front-facing cameras. It uses a whopping 12GB of RAM as standard and features the same 7 nanometer octa-core processor from the S10, so it should have plenty of power for multitasking, with as many as three apps.

However, we haven’t seen any dimensions yet and haven’t been able to get our hands on the Fold, either, so we’re not certain about how it’ll actually sit in our hands or pockets. Will it be too chunky for its own good when folded-up? We’ll have to wait and see.

Should you buy it? The real question here is can you buy it? The Galaxy Fold will hit the shelves in late April and will cost a crazy $1,980. Yep, that’s not a typo. And, don’t forget, this is first-generation tech. It’s likely that some apps might not be optimized to work with the folding screens, although core services such as Google Maps already are. We’d be tempted to hold fire until it starts to hit the shelves and you can try one out yourself. 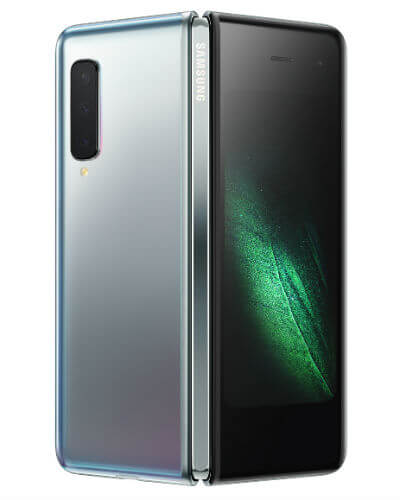 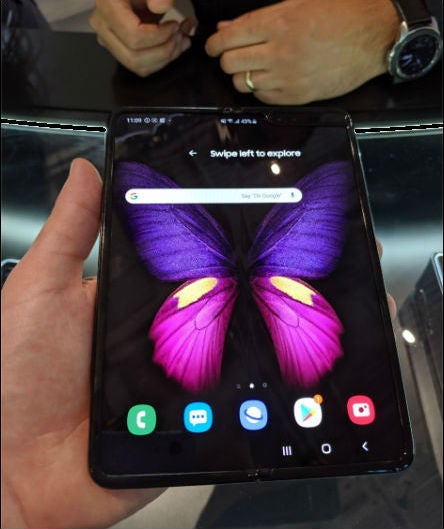 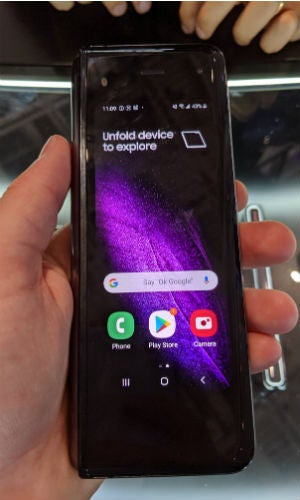 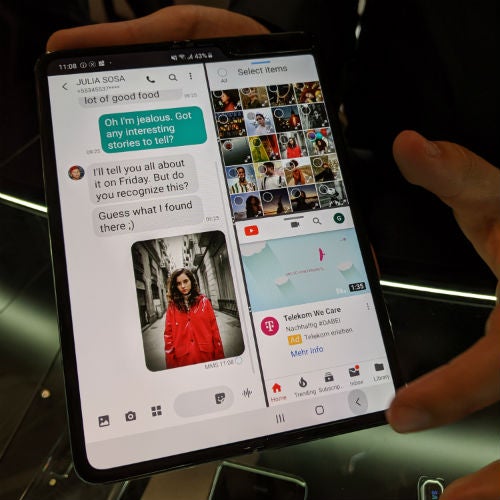 It sure did. Samsung announced a 5G version of the S10, with four rear cameras, a larger battery and improved fast charging.

However, you can’t buy it just yet – it’ll be released later this year. Even then, we’d hold off buying any 5G phone until the networks are properly set up — which will take at least another six months.

So, there you have it. Everything you need to know about the latest Samsung phones and whether you should drop a significant chunk of your hard-earned on one of these new phones. While none of them look bad, our highlights are definitely the S10 and S10e. The cheaper phone looks like it might be a genuine bargain, while the S10 might just be the best phone you can preorder right now. 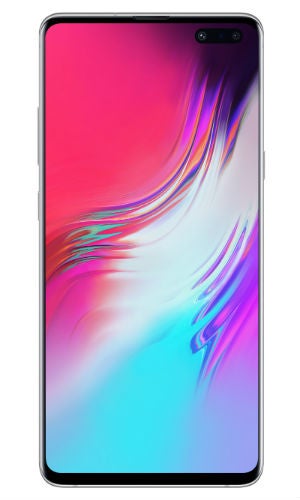