This content has not been updated since October 12, 2019. For more recent tech advice for your business, why not try our guide to today's best phone models and brands?

Samsung’s Galaxy S9 had big shoes to fill following the excellent S8. For the most part, it doesn’t disappoint. Its bright screen and slim bezels look great, and it speeds through tasks with aplomb. Almost a year old now, the S9 almost represents a value alternative to its rivals with recent price-drops. However, unique Samsung quirks make the experience clunkier than it should be.

The Samsung Galaxy S8 was a real game-changer in the world of flagship phones. Its nearly bezel-free design really put the heat on the Google and Apple competition, making the Pixel and iPhones look out-of-date in an instant. Not to mention it had a great camera, quality screen, and impressive battery life while remaining slim and wieldy. It wasn’t quite alchemy, but it was the next best thing.

Making a marked improvement on the S8 was going to be tough, and it seems like Samsung hasn’t tried to. Instead, it’s chosen to make a handful of tweaks here-and-there to improve the S9, without trying to push the boat out.

The S9 launched almost two years ago now, and it's starting to feel a bit long in the tooth, especially when compared to the Samsung S10 series. However, might the S9 be a very enticing bargain in 2021?

Simply put, the Samsung S9 is one of the best-looking phones on sale. The curved screen makes whatever is on screen cascade down the sides beautifully. In practice, it doesn’t give you much more in the way of extra screen size; all of your apps simply stay within the bounds of the flat screen. The curved screen does mean that you get access to a feature called Edge Panels, which resembles a little tray of select functions pinned to the side of screen. With it, you can contact your favorite people quickly, gain swift access to certain apps, take smart screenshots, and more. It’s a neat use of the curved screen, but not a game-changer. The rear of the S9 is constructed from glass, but it won’t slide around your hand or on angled surfaces thanks to a glossy finish. The rear glass panel also curves up towards the sides of phone, which helps the S9 fit neatly in hand. This makes it easier to reach the far-flung corners of the S9’s 5.8-inch screen.

Smartphone cameras are all the rage these days, and the S9’s camera is a peach. You heard us the first time, though: That’s camera, singular. Samsung decided to reserve dual-cameras for the bigger, pricier S9+. However, you shouldn’t feel too short-changed. The S9’s camera performs excellently across a variety of conditions. Well-lit daytime shots are crisp, packing tons of detail without suffering from the overexposure that haunts some phone cameras (we’re looking at you, iPhone XS).

The S9 also manages to capture shots in poor light brilliantly, seemingly drawing light out of the ether. Like many smartphones nowadays, the S9 also offers fancy software features which allow you to imitate functions seen on full-frame DSLRs. For example, the “Selective Focus mode” allows you to create the impression of changing the aperture size on a camera to blur or sharpen the background of a picture.

It works relatively well, and you can even edit the blurring after you’ve taken the picture. However, you only get three choices for the way your background is presented – blurry, less blurry and sharp. Apple’s similar Portrait Mode, on the other hand, offers a slider to adjust the ‘aperture’, giving users greater control over the aperture effects in their photos. Another oversight is that while the Selective Focus mode is available on the front camera – known as Selfie Focus mode – you cannot edit the degree of blurring either pre- or post-shot.

The quality of features on the S9 represent something of a mixed bag. Some work brilliantly, and genuinely benefit the user. Some of its features, however, are simply confounding. AR Emoji Samsung’s answer to Apple’s Animoji. It works just as well as its Apple counterpart, but as it focuses on cartoony likenesses of the user, it doesn’t feel quite as irreverent as Apple’s use of emoji and animals. Always-on Display Samsung phones have had always-on displays for a while now, and the tech is certainly no longer groundbreaking. However, it’s still a very useful feature. Dolby Atmos The Samsung Galaxy S9 supports Dolby’s latest surround sound technology, Atmos. Atmos essentially creates more targeted sound waves, leading to the impression of having speakers to your sides and behind you. We tried it out on the Samsung S9 and, while the effect on the phone’s speakers was noticeable – the sound definitely seemed to be more targeted based to different sides of our body – the practical applications feel limited. Netflix and YouTube, for example, don’t support Atmos, and really, if you want proper surround sound, you should do it at home. Bixby Poor old Bixby. Samsung seems determined to persist with its ill-fated smart assistant, even in the face of the increasingly powerful Google Assistant and Amazon’s popular Alexa. The phone even includes a dedicated button on its side to wake Bixby, but fortunately, you can change the function of this button to something more beneficial. You can also change the default smart assistant to either Google Assistant or Alexa. And you definitely should. Intelligent Scan Pick up an S9, and you’ll likely see a red dot in the left-hand corner of the top bezel. That’s Samsung Intelligent Scan in action – a face recognition and iris scan technology which you can use to unlock your phone, and even operate some apps that require extra authentication (banking apps, for example). In practice, it works well. The phone unlocks quickly and typically at the first go. It’s sometimes flummoxed by glasses and hats; considering it uses an iris scanner, this is slightly disappointing. The rear-mounted fingerprint scanner is still a fine alternative, though. Expandable memory A real trump card for the S9 is that it can support micro-SD cards. These can upgrade the storage on your phone at a stroke by up to 400GB, making the unlimited photo storage on the Google Pixel 3 less of a deal-breaker and the paltry standard storage option on the iPhone XS seem behind-the-times. 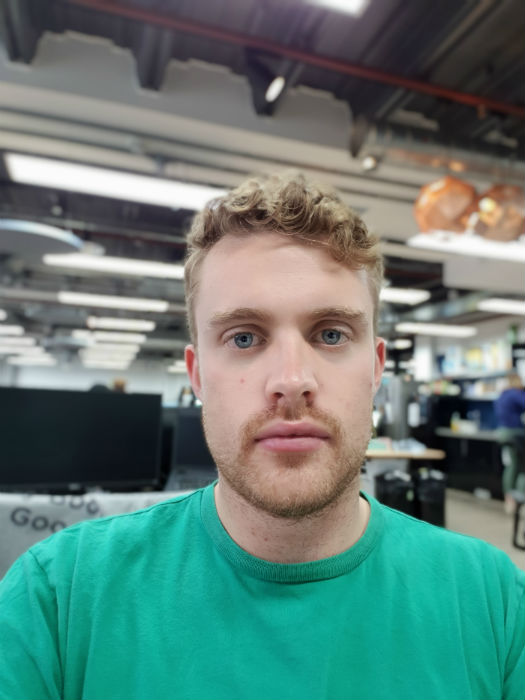 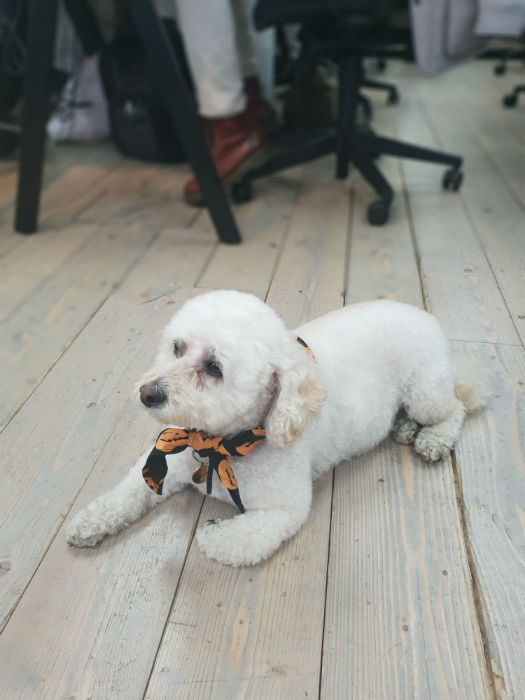 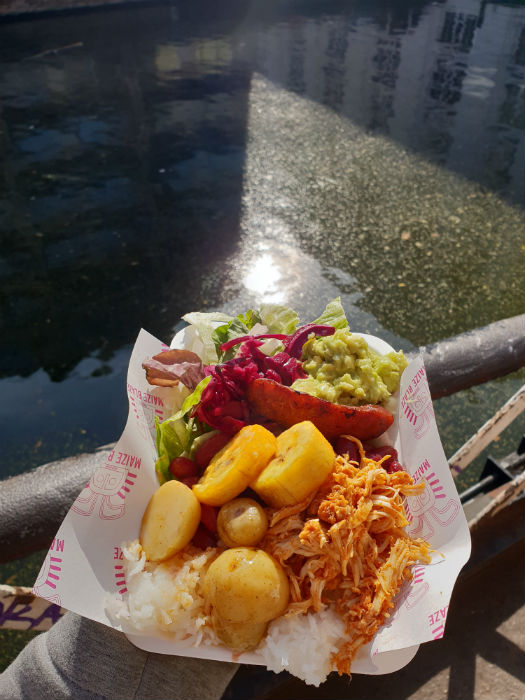 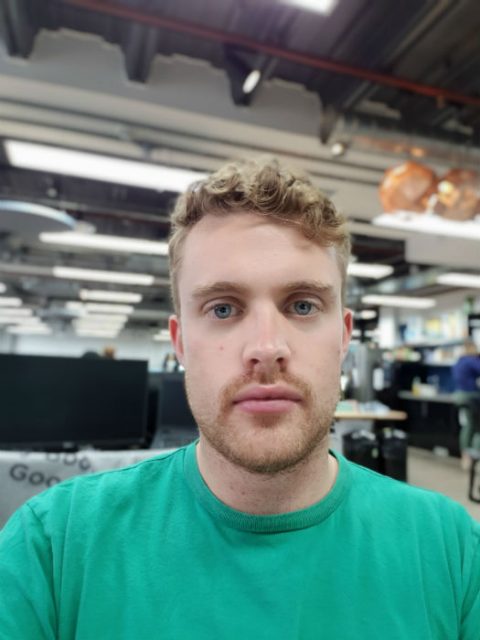 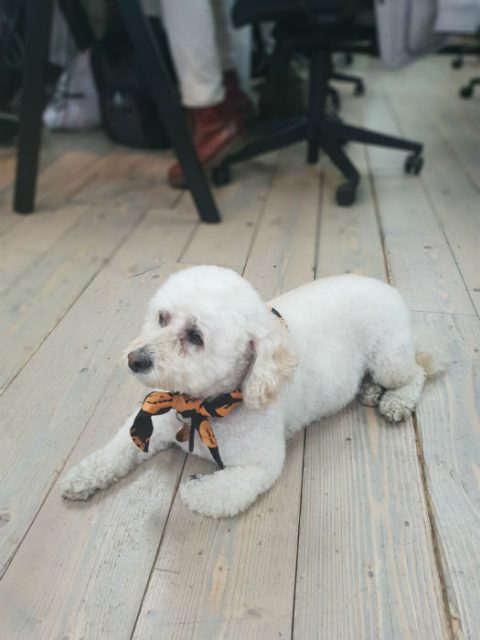 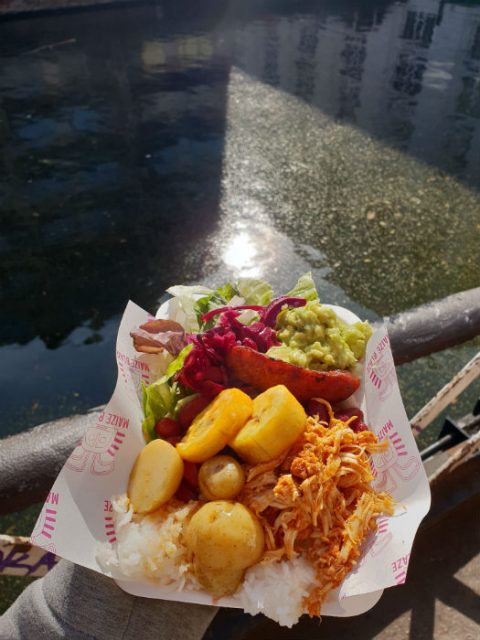 The Galaxy S9 packs a 3,000mAh battery, which is fairly middling for modern flagship smartphones. With the top-of-the-line Snapdragon 845 processor and the big screen, this translates to a claimed 31 hours of talk time, 17 hours of video playback, and up to 14 hours of internet usage. Again, these are middling figures. However, the power save mode can manage to extract many more hours from the device by turning off the always-on display, Bixby, and app refreshing. Unlike iPhone competitors, you get an extra layer of control over the S9’s power save mode, allowing you to select exactly which parts to turn off.

As we mentioned above, the S9 is not a brand-new phone any more. Consequently, it’s started to see some discounts. Pick one up unlocked from Samsung or Amazon and you’ll be looking at a price tag of $620, about $100 less than launch. Now that the iPhone X and Google Pixel 2 have been replaced, the iPhone XS and Pixel 3 stack up as the S9’s main rivals. These start from $999 and $739, respectively. Within Samsung’s own stable of phones, there’s the Note 9, which costs $999. At its reduced price, the S9 does look like a bit of a bargain, given its features, performance and looks.

Now, while it’s unlikely that either set of devoted fans will be overly-willing to jump ship from Apple to Samsung, it’s always worth comparing the Seoul and San Fran competitors to see who is pushing the game forward more. First things first, both phones look and feel amazing. The S9 has its beautiful curved screen and slim bezels, while the XS has its sturdy-feeling glass and steel construction along with the excellent screen. When it comes to cameras, we think the XS is better – but only just. Despite issues with overexposure, the S9 can’t quite match the detail generated by the XS. Blame Samsung’s lack of dual-cameras and the iPhone’s extra nine months in development. How the XS stands up to the S10 when it arrives will be a much more interesting fight. The S9 manages to pull one back when it comes to features. Its close integration with Android and Google means that it has access to the Google Assistant, which still outshines Siri for its sheer usefulness. The S9 also features Dolby Atmos, which works well considering the small speakers inherent to smartphones. Oh, and the Samsung costs nearly $300 less.

The Samsung Galaxy S9 is one of the best phones on the market. It’s an exceptional example of industrial design, with the glass panels on the front and back curving beautifully to make for a slimmer, handier user experience. It’s also speedy, handling a multitude of tasks with ease. It has one of the best cameras available, along with a glut of features which make the S9 a more useful and interesting phone. However, some of the longstanding quirks of Samsung phones remain: Doubling-up with Google apps and the unnecessary presence of Bixby, for example. All told, though, it’s a great phone. It’s much better value than the iPhone XS, and it makes even the new Pixel 3 look a bit behind-the-times.