This content has not been updated since March 2019. For more recent tech advice for your business, have a look at our article about 2021's best phones.

The Samsung Galaxy S10e is the cheapest phone in the newly-announced Samsung S10 family. Compared to its S10 and S10 Plus bigger brothers, the S10e is a bit smaller, a bit less powerful and a fair bit cheaper. It’s also a major competitor to Apple’s ‘budget-premium’ iPhone XR.

Despite being the cheapest S10 model, the S10e still has a very enticing set of features. These include an OLED display, brand new processor and dual cameras. For all this, you’ll have to part with $750 which is, conveniently enough, the same price as Apple’s cut-price iPhone XR.

On paper, at least, it looks like the S10e should have the XR licked. The S10e has a sharper screen, more impressive design, better cameras and more storage. So, is the S10e the best “cheap flagship” phone on the market?

Let’s take a look at the S10e and the XR’s specs head-to-head:

Samsung S10e vs iPhone XR – Which Phone is Best?

Let’s cut to the chase – neither of these phones are bad. However, the S10e is, undoubtedly, the better option for the exact same amount of money.

While we’re fans of both the S10e and the iPhone XR, the S10e offers better specs across the board – from its screen to its cameras to its storage.

What’s more, both phones cost about the same, making the S10e far better value for money. Also, we’d expect the iPhone XR price to remain the same throughout this year, whereas the S10e will certainly come down from its launch price.

However, whenever you’re comparing Android and Apple phones, it’s always worth remembering the extra hassle involved in changing from platform to platform. Moving from iPhone to Android, for example, can be particularly involved. If you already own a lot of Apple products, integrating a Samsung phone into your mix might be a bit fiddly.

Launched alongside the S10, S10 Plus, S10 5G, and Galaxy Fold, you’d be forgiven for thinking that the S10e would be the forgotten phone of the range. However, its remarkably reasonable price tag of $750 makes it one of the highlights of Samsung’s new range.

For that price, you get the same impressive Dynamic AMOLED screen tech from the bigger phones, the same on-trend punch hole front camera, dual rear cameras and, the latest Snapdragon 855 processor.

You also get a fairly large 3,100 mAh battery. With Samsung’s great power save feature, this should see you through a day-and-a-half of use without any problems. What’s more, the S10e also comes with 6GB of RAM – twice as much as the XR – so multitasking shouldn’t be an issue.

The iPhone XR, while also costing $750, represents far less bang-for-buck when compared to the S10e. It has a lower resolution, less detailed and cheaper-feeling LCD display. On top of that, it only has one rear camera, and there’s no way to expand the phone’s storage.

It still has some redeeming features, though. For example, you get the same impressive 7Mp TrueDepth selfie camera from the more expensive iPhones (XS and XS Max), and you get the same A12 Bionic processor, which makes gaming and AR functions a breeze.

The XR is a good-looking phone, as well. With glass adorning the front and rear of the phone, it feels thoroughly premium and its wide range of colors make it stand out in a sea of monochromatic flagship phones.

There’s no real competition, here. Samsung’s been on a roll with its smartphone displays for a while now. With its newest phones, it seems to have pushed the game on again.

The XR’s screen, by contrast, is a more old-fashioned LCD unit. This means it isn't as sharp and lacks the contrast the S10e's display can provide. It may be 0.3-inches taller than the S10e, but the XR screen has a lower resolution and significantly lower pixels-per-inch rating. 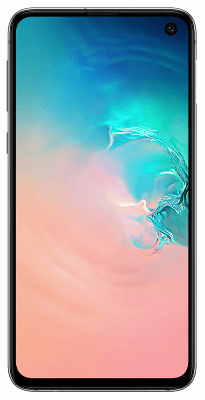 While the iPhone XR’s front-facing TrueDepth camera is a pretty impressive unit, its lack of dual rear cameras hands this category to the Samsung S10e.

It’s not a bad camera, but when compared with the dual lenses found on the S10e, you’ll find that the XR’s camera just isn’t up to the same standard. 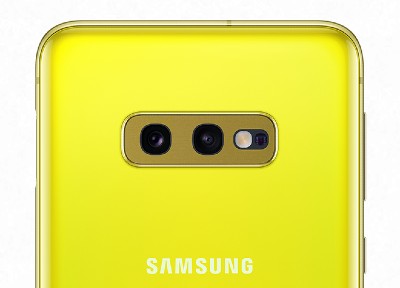 Yet again, the S10e has the iPhone XR well beaten. The S10e has a larger battery than the XR – 3,100 mAh versus 2,948 mAg, respectively. What’s more, the XR’s larger LCD screen is more power-hungry than the S10e’s smaller, energy-efficient AMOLED.

Another feather in Samsung’s battery cap is its excellent power saving features. When we tested Samsung’s S9 and Note 9, for example, we were able to eke out three hours whilst only on 3% charge.

The iPhone XR is finally able to notch a win in this head-to-head against the S10e, thanks to Apple’s incredible A12 Bionic processor.

It is, arguably, the fastest mobile processor on the market and makes everything from playing AR games to multitasking easy. What’s more, as it’s an Apple-made chip, it works perfectly with the rest of the iPhone package, meaning that the XR can get away with only 3GB of RAM.

The A12 Bionic chip also has an advanced neural engine, which gets smarter as you use the phone. This should lead to better pictures and more efficient process-handling.

The S10e, on the other hand, uses Qualcomm’s latest and greatest Snapdragon 855 chip. Again, this is no slouch – it should make gaming and multitasking straightforward and slick. But, it doesn’t have the same raw power as the A12 Bionic. 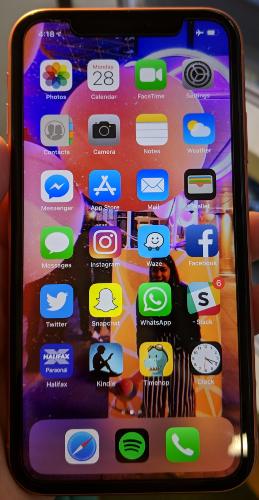 While they both cost $750, the S10e offers far better value for money than the iPhone XR.

The S10e offers better components, from its sharper screen to its better cameras. The S10e also comes with cheaper storage options. There’s no 128GB version, but the entry-level 256GB version of the S10e is $50 cheaper than the equivalent iPhone XR. If that’s not enough, it also offers micro-SD card storage and a headphone jack.

The other thing to remember is that while Apple sticks to its iPhone pricing (until newer models arrive), the S10e definitely will come down further from the $750 launch price. That means it’s only going to become better value when compared to the XR.

All told, it’s hard to compare these two phones and not come to the conclusion that the S10e is the better bit of kit.

The two phones may be priced the same, but the S10e has a far more rounded set of features, with dual cameras, a larger 256GB of storage, and an OLED display. These should be expected at this price point, but the iPhone XR misses out.

The XR is only likely to curry favor among die-hard Apple fans that want a new phone, but don’t want to fork out for the more expensive XS. Even then, we’d argue that there’s never been a better time to ditch Apple in favor of Android due to the variety and quality of phones on offer.