This content has not been updated since May 2019. For more recent tech advice for your business, why not take a look at the 2021's top phones.

Sony’s new Xperia 10 Plus is a big phone – both literally and figuratively. It’s large, with a 6.5-inch screen, and boasts an unusual 21:9 aspect ratio – making the display three times taller than it is wide. It’s also a big phone for Sony, and we’ll come on to why in a minute. But for now, all you need to know is that while the Xperia 10 Plus is one of the most interesting phones of 2019, it remains far from perfect.

Both phones are important for Sony. Its mobile division has been struggling for a while, and it needs these phones to strike a chord with consumers. So, will the Xperia 10 Plus perform?

Sadly, it probably won’t. The Xperia 10 Plus is an unusual phone, and that might put people off. However, that doesn’t mean it isn’t without merit. There’s a lot to like about the Xperia 10 Plus, but unfortunately, it’s hampered by its biggest selling point – that 21:9 aspect ratio display. 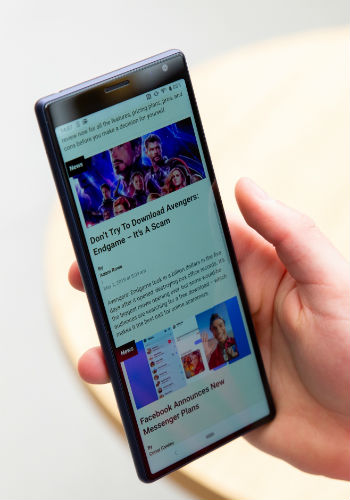 The Xperia 10 Plus, from a design point of view, is very unusual.

Its 6.5-inch, 21:9 aspect ratio display makes the phone simply too tall for one-handed use. In fact, it is (un)comfortably taller than even the Samsung Galaxy Note 9, a phone which we described as being “daunting” in size.

While Sony will protest that the Xperia 10’s tall-but-skinny design makes one-handed use viable, we just can’t imagine it feeling natural for most users.

However, we also found that we preferred the larger 10 Plus to the smaller 10. In a roundabout way, the 10 Plus’ extra size meant that we were more judicious with the way we used it. It wasn’t a phone that we could just pull out and send a quick message with – using it was a decidedly deliberate act. The smaller 10, on the other hand, was just tall enough to be irritating, though without being unusable.

As with the Xperia 10, though, the side-mounted fingerprint sensor, volume rocker, and power button on the Xperia 10 Plus are all located far too close to the bottom of the phone for easy use.

Fortunately, the Xperia 10 Plus does away with some of Sony’s long-held design themes. It has a blocky design, with almost sharp corners, and a large top bezel. However, the slim bottom and side bezels – along with the rounded, single piece case – are big improvements. Our review unit also came in a particularly nice navy blue, which almost turned to purple when reflecting light. 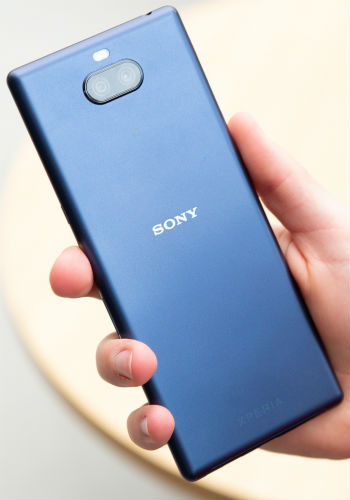 The screen is, without a doubt, the single most important aspect of the Xperia 10 Plus. It’s one of only three phones to use the 21:9 aspect ratio – the other two also being Sony phones – and it makes for some of the best gaming and video-watching experiences on the market.

It’s sharp, with a 1080×2520 resolution, although it isn’t quite as bright as we’d like. When watching a video or playing a game, you’ll wonder why more phones don’t use the 21:9 aspect ratio – it’s immersive in a way that other phones simply can’t be.

However, when you turn the phone back around to its normal portrait setting, you realise why most phones stick with a 16:9 or 18:9 aspect ratio.

While you can fit a lot of stuff onto the display, it can occasionally cause problems. Instagram, for example, will often start playing the video below the photo or video you’re trying to look at. That’s not Sony’s fault – the app simply isn’t optimized to work with this type of phone screen. But it is indicative of some of the quirks you’ll have to live with if you buy an Xperia 10 Plus.

The Xperia 10 Plus has an objectively good display that, on occasion, can blow you away. But, most of the time, it just doesn’t feel quite right.

The Sony Xperia 10 Plus uses a Snapdragon 636 processor with 4GB of Ram. In practice, this means that it won’t be troubling phones at the top end of the market – think Google Pixel 3 XL, and definitely iPhone XS – but it is more than enough for most people.

There is a slight delay in opening apps, but nothing unseemly. In fact, only the people used to the blistering speed of most flagship phones will notice anything untoward in the Xperia 10 Plus’ performance.

It can also run graphically-intensive games well enough, but it’s not a truly viable option for serious mobile gamers. The games do look good on the wide screen, though.

Buy the Sony Xperia 10 Plus from Amazon

Let’s start with the rear cameras. The Xperia 10 Plus has two of them, mounted at the top of the rear case – no weird middle-mounted lenses, as has been the case on Sony phones of old.

One of the rear cameras has a 12Mp wide-angle lens, which does most of the heavy lifting when it comes to taking photos. The other is an 8Mp telephoto lens, meant for zoomed-in shots.

The photos it takes are solid, if not spectacular. The cameras can struggle with the contrast between light and shadows, and the final pictures often look a bit muted. You can jazz this up with some Google Photos trickery, but you’ll never be able to truly escape the overall mediocrity of the Xperia 10 Plus’ rear cameras.

The front camera, though, is nowhere near as strong. The shots from its 8Mp lens, mounted high in the top right-hand corner of the phone, come out soft and lacking detail. It’s not a great camera, if we’re honest. 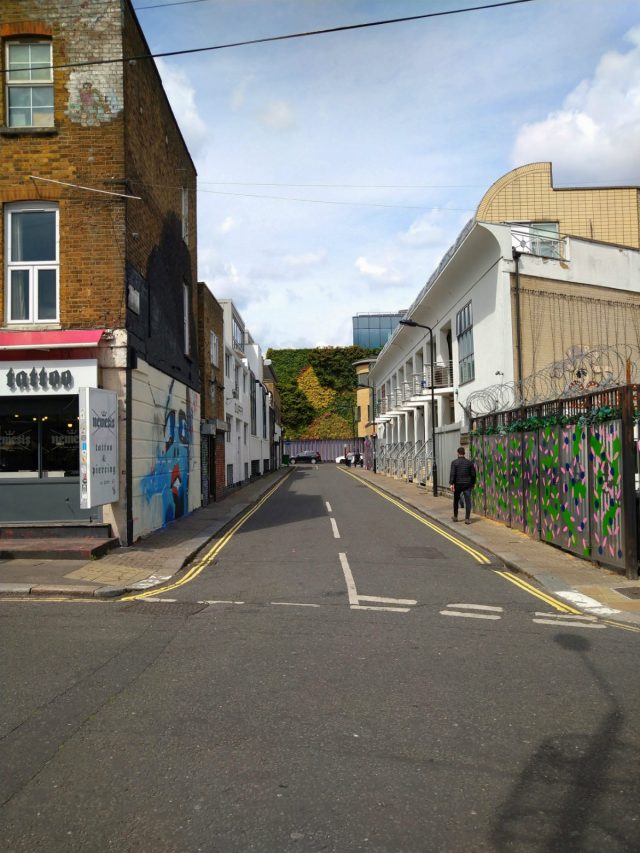 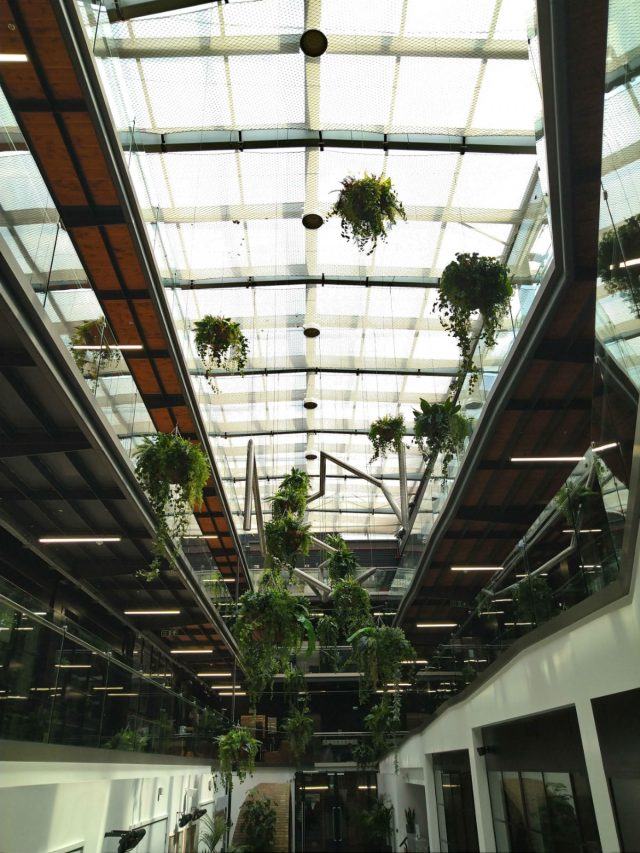 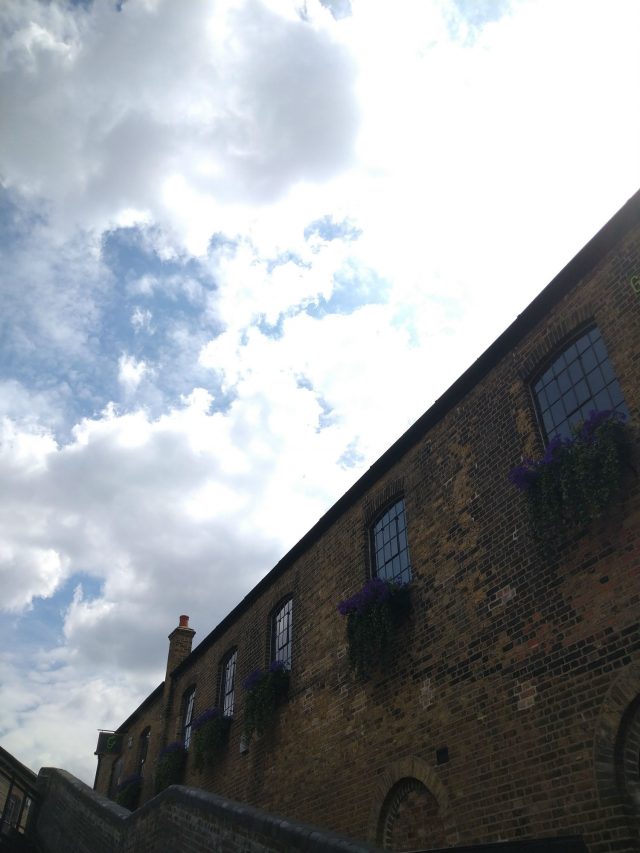 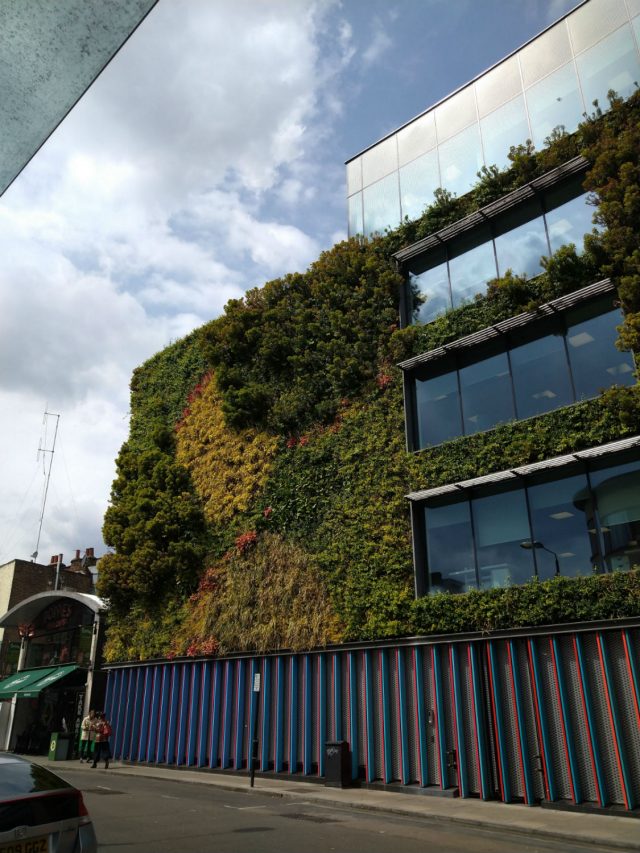 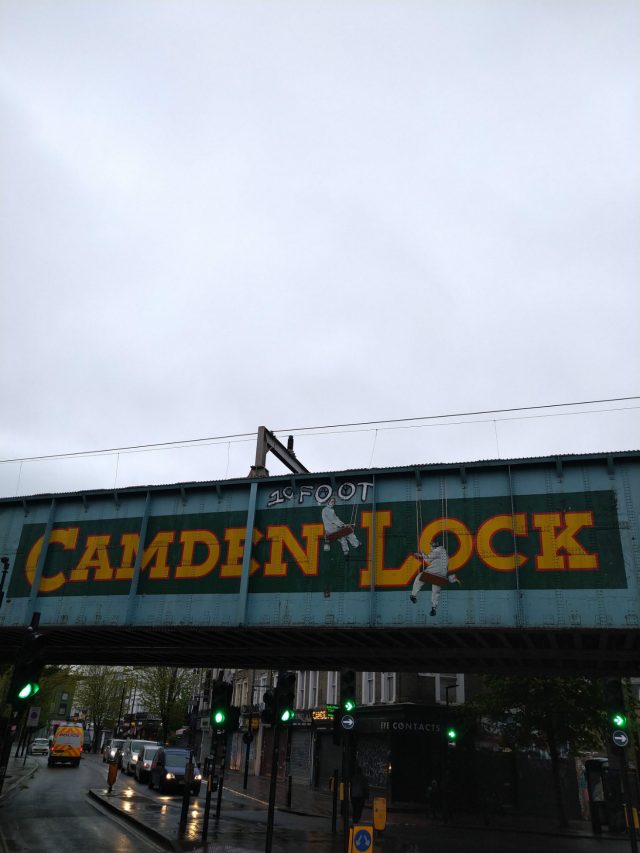 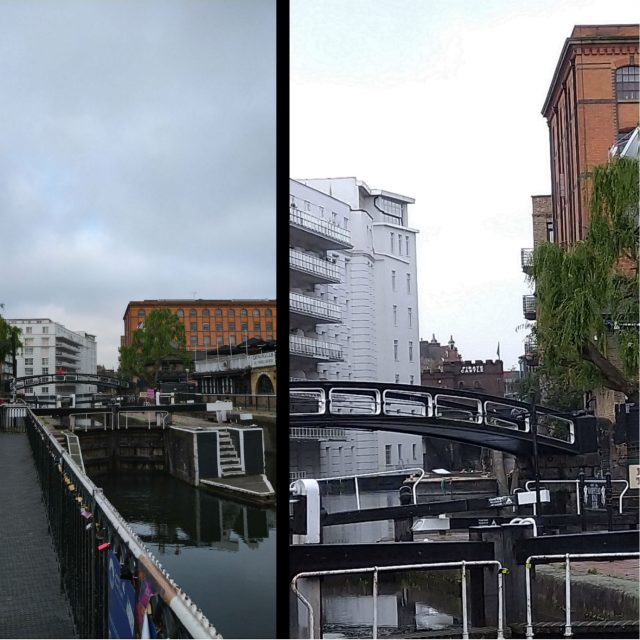 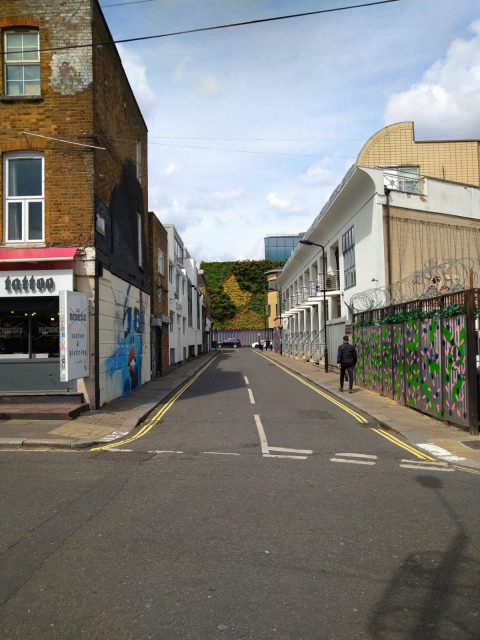 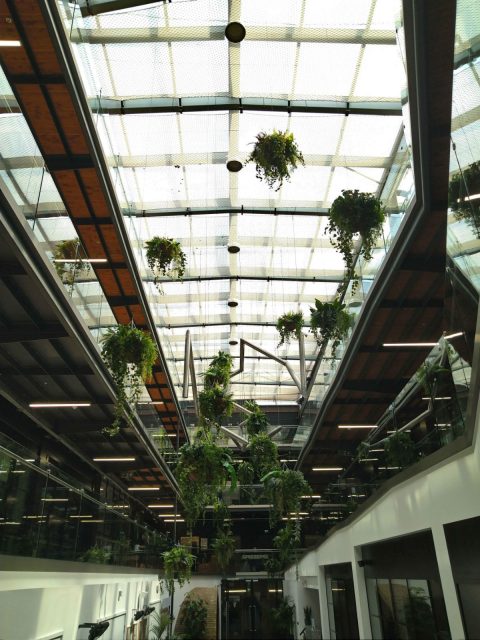 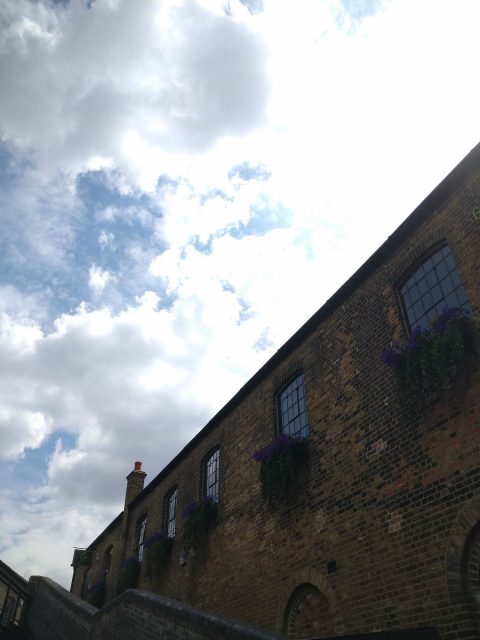 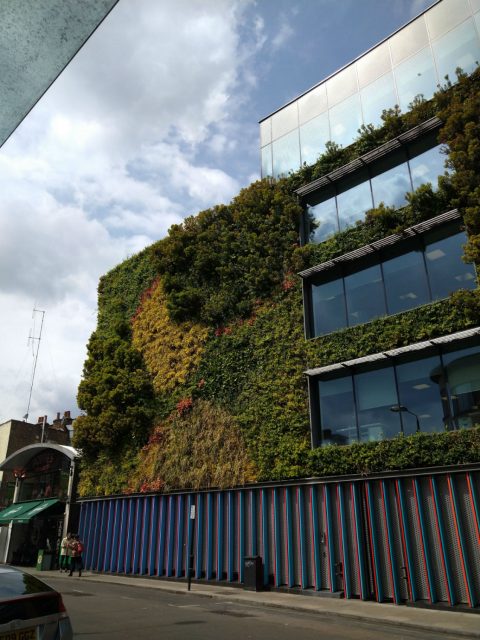 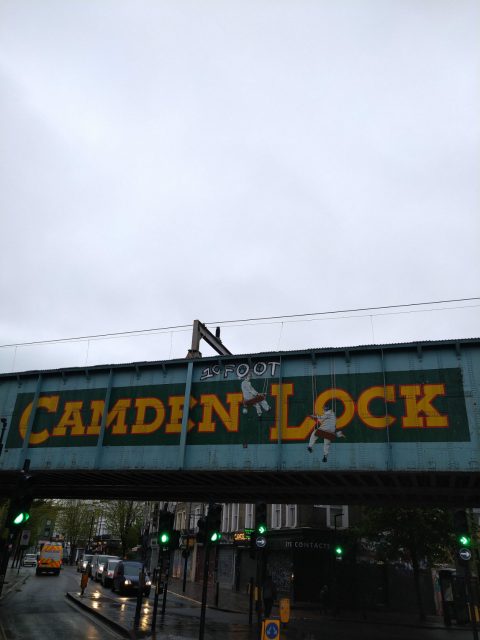 The Xperia 10 Plus has a 3,000 mAh battery. For a phone of this size, that’s a little disappointing – especially when you consider the 5,000 mAh battery in the Moto g7 Power.

However, in practice, the Xperia 10 Plus has a perfectly usable battery life. You can typically expect the battery to last you a day of moderate use.

The phone does have an Ultra Stamina battery saving mode, which strips back features to the bare minimum in order to extend battery life. This requires a restart to activate, but will get you out of most tight spots.

Sony Xperia 10 Plus cost and value for money

Prior to the announcement of the Google Pixel 3a, we’d have said that the Xperia 10 Plus was pretty good value for money.

At $429, the Xperia 10 Plus isn’t bad value. It’s well built, has a decent range of features including a particularly strong screen, and is fast enough for most people.

However, we’d still be put off by the overall size of the phone. And, when the Pixel 3a costs less, has a better camera, provides similar performance, and feature fewer weird ergonomic issues, we’d get the Google phone.

Sony Xperia 10 Plus – The Verdict

The Xperia 10 Plus isn’t a bad phone. It’s quick, well built, and has a nice screen, and decent cameras. It’s a better effort from Sony compared to many of its recent phones.

But would we buy it? On balance, probably not. The sheer size of the phone – a direct result of the 21:9 aspect ratio – is enough to put us off. But, if Sony can get this same tech into a smaller, more orthodox phone, we’d be very interested.

Buy the Sony Xperia 10 Plus from Amazon