Jira – in its barebones state – is easy to understand and simple to use, though arguably less pretty than Asana. Web developers and digital teams tend to prefer using Jira – indeed, it's an essential tool to list on your CV as a tech architect or web designer.

In our full guide to Asana vs Jira, we explain the merits of each, and help guide you to decide on the best tool for your own needs.

Asana vs Jira – Which is Best?

While both Asana and Jira are capable project management platforms, Asana is the better option in most scenarios, with the all-important exception of software or web development teams, who should definitely stick with Jira. For more general project management scenarios, Asana is a great choice, and it has a free tier that's ideal for personal projects, and can be used for up to 15 people, too.

That's our quick rundown of reasons to choose Asana or Jira. But before you make your mind up, let us guide you through each of these project management software brands in a little more detail, below.

Here's a pretty key reason to like Asana over Jira – you can use Asana for free, unlike Jira, which is paid-for from the most basic plan up.

Now, the free version of Asana won't exactly set your business up for growth. It's an excellent taster which may just suit individuals or very small teams, but in most cases, you'll need to reach into your wallet for the Premium version. of Asana. This is still great value – Asana Premium can cost as little as $6.25 per user, per month, while most companies will pay around $19.99 per user, per month.

We look at all the Asana price tiers in our table, below:

0 out of 0
Try Asana Free for yourself Try Asana

Aside from their free tier, Jira offers three pricing plan options. The first is the Standard tier ($7 per user per month), which, as expected, offers a pretty minimalistic set of features and limits. This is the same as the free tier, with highlights being great data visualization options and project workflow creation.

Next is the Premium tier ($14 per user per month), which allows for resource management features and unlimited data storage.

Finally, the Enterprise tier, which has a minimum requirement of 801 users, will cost a minimum of $122,250 per year. This will unlock unlimited automations, live chat support, and phone line support.

Developed by Atlassian, the main appeal of Jira is its simplicity. Each task is represented by a card, with these cards then placed under different categories – To Do, In Progress, and Done.  Jira's task cards support task titles, descriptions, attachments, checklists, linking between cards, and linking to Confluence Pages (documents).

Jira's basic service is also paired with Confluence, which adds document creation for keeping meeting notes, marketing plans, blog posts, and anything else you might need a document for. Confluence documents also support features such as “at mentions”, for keeping team members informed when something requires their attention. In addition to the add-ons for Jira, there are around 874 third-party integrations for Confluence.

A popular tool for managing software development projects
In Short

One of the most appealing aspects of Asana is how distinctly modern it feels. The interface is very easy to read and understand, which is particularly helpful once you start loading up Asana with tasks for each team member.

Individual tasks support attachments, sub-tasks, dependencies, and tags. Team members can also mark certain tasks as milestones, and use Asana's Portfolios feature to track the status of each project.

Asana supports all sorts of features, but what you get depends on how much you pay. One downside of the platform is that many important features are locked behind higher pricing tiers – milestones, task dependencies and timelines, for example, are restricted to the Premium tier ($10 per user, per month). For Portfolios, meanwhile, you’ll need the Business tier.

The Portfolios feature is nice, but not necessarily a must-have. Milestones and dependencies, however, are key components for managing an effective project.  That means choosing one of Asana's paid services is often preferable. Still, if you need a free service, Asana is fairly capable – it offers task basics, board and calendar views, assignees and due dates, and the ability to collaborate with up to 15 teammates.

A popular software suite, with a clean interface and lots of integrations
In Short

For small teams that need to get up and running without much fanfare, Asana is a great choice. It has some good basics, as we detailed above, while dependencies and milestones will set you back $9.99 per user, per month. That's about average pricing for project management software. The first paid tier also comes with reports, custom templates, and the ability to create private teams and projects.

Asana offers multiple views depending on what your team requires. If you need the Kanban-style card-and-board interface, that's available to all users from the minute they login. For those who'd rather have a list of tasks and mark them as they go, then the list view will suit. There's also a calendar view to get an overview of the project.

Asana doesn't have its own time tracking feature, but integrates with the time tracking service Harvest by default. For those who need it, Harvest can be enabled in the workspace settings. 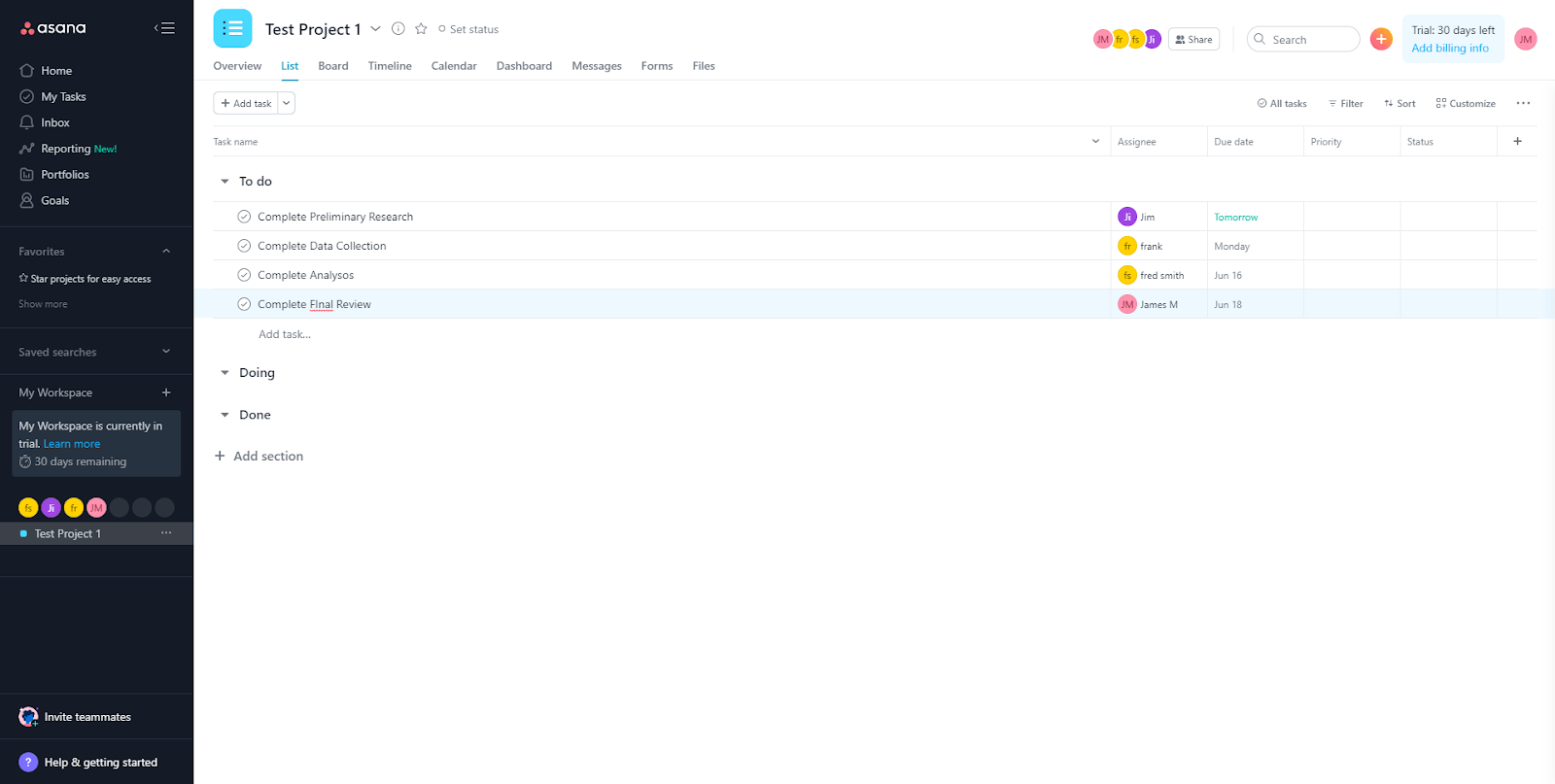 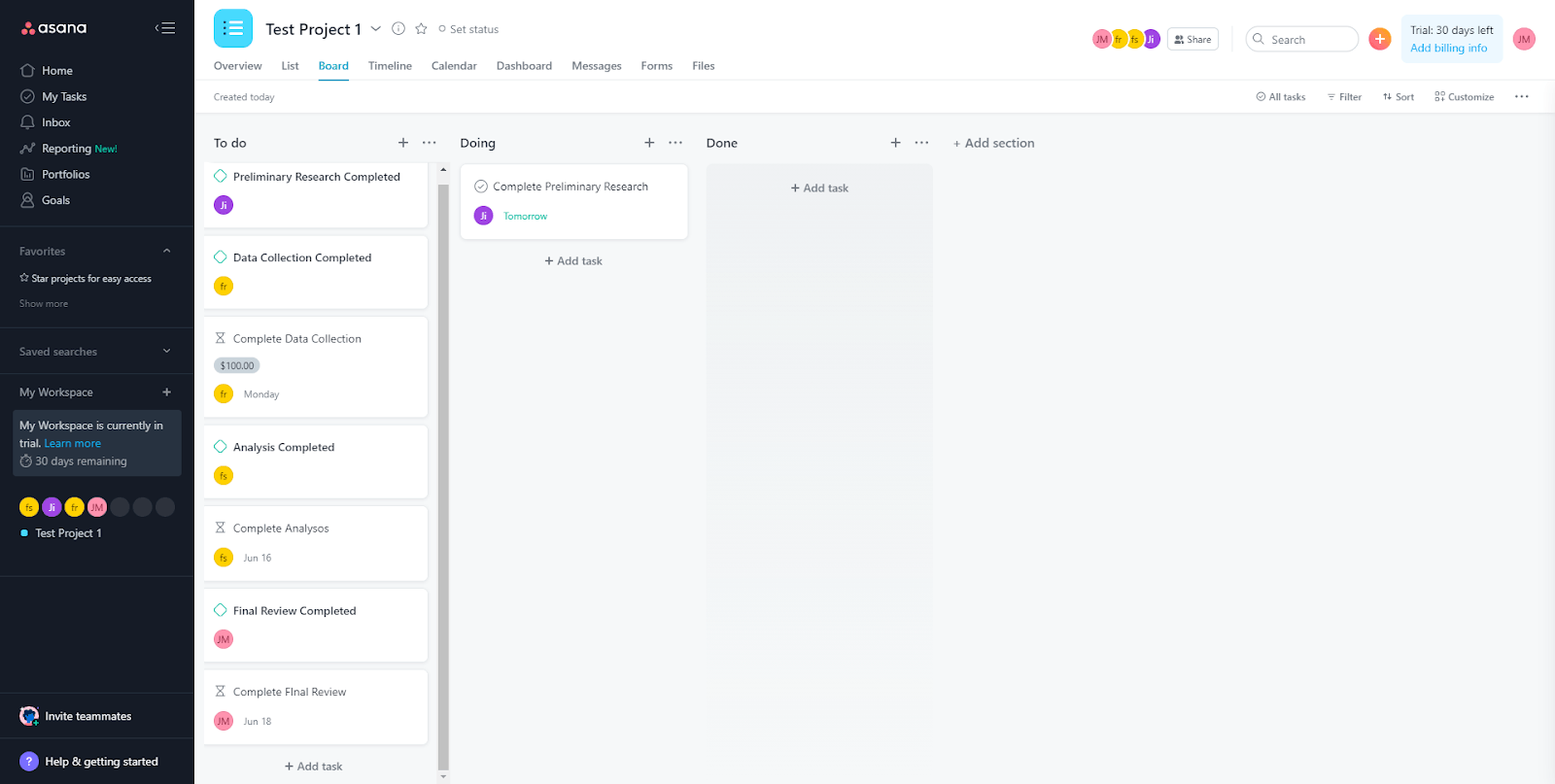 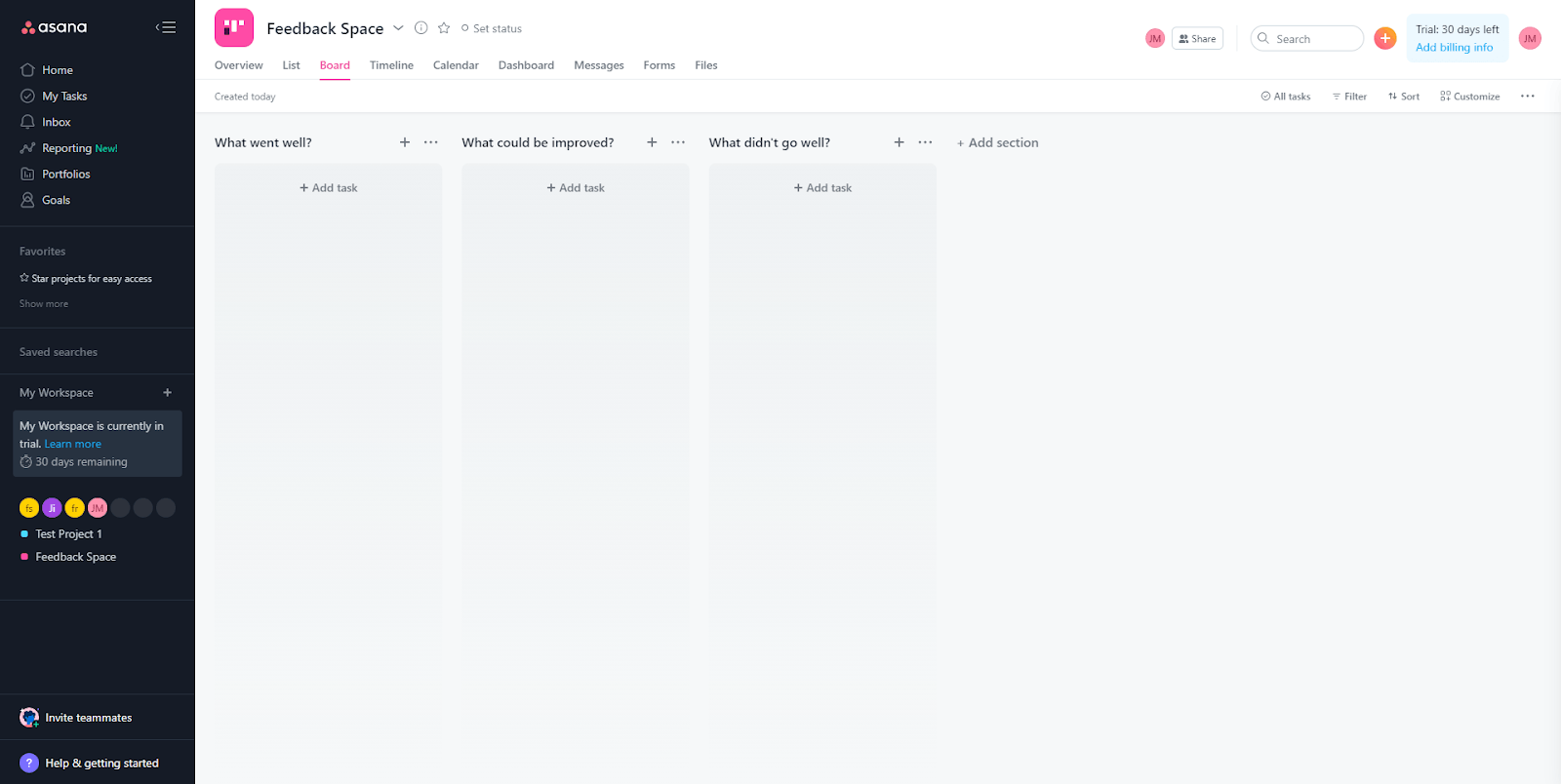 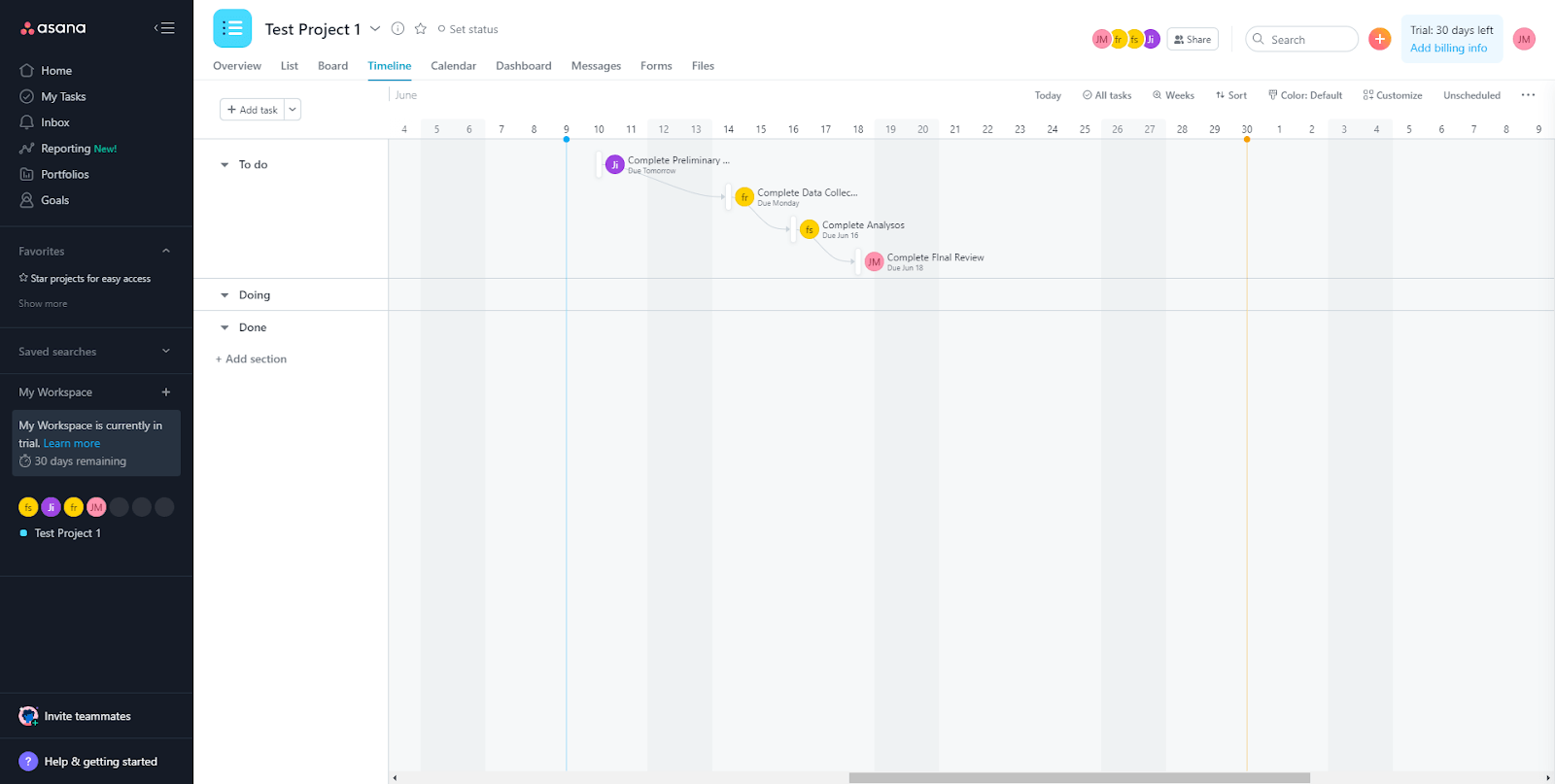 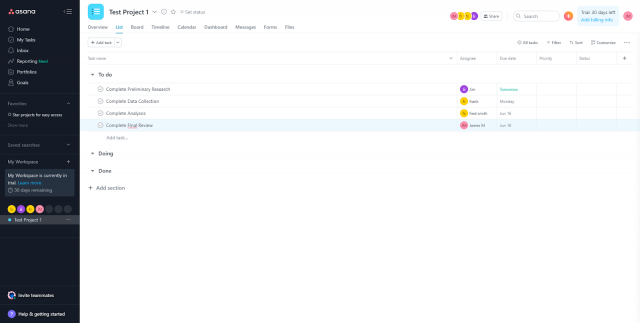 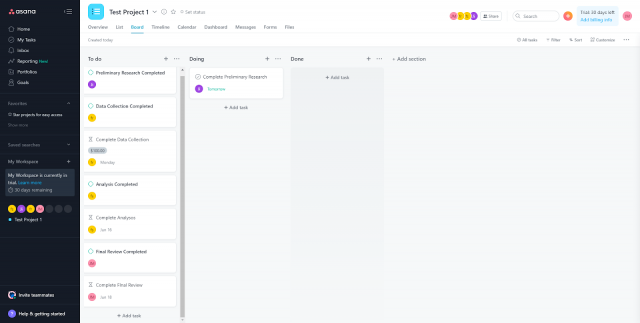 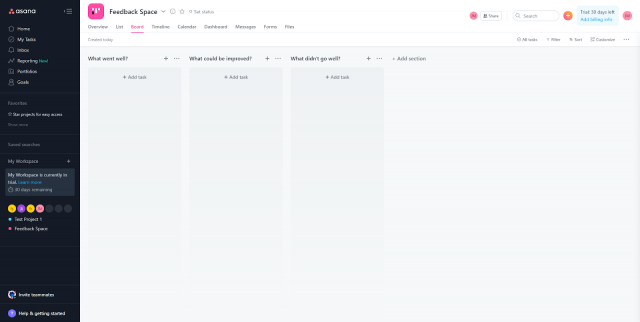 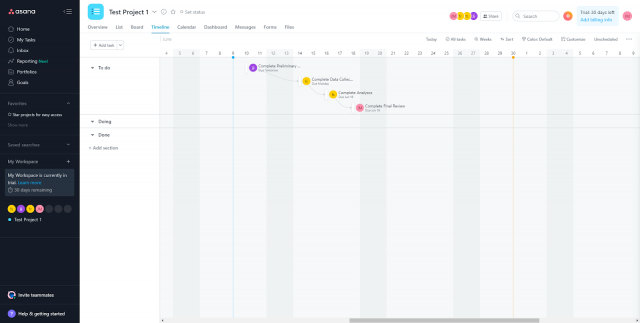 If the Enterprise tier is too expensive for your large team, the Business tier may suffice. Asana Business boasts Portfolios (to get a top level view of ongoing projects), as well as support for forms and proofing.

Asana also provides communication features, such as comments and “at mentions.” There's also Slack integration for receiving notifications about tasks, and for taking actions inside said notifications (such as changing assignees or due dates).

Best for Teams on a Tight Budget – Jira

While we prefer Asana as the top choice between the two, Jira does have one thing going for it that Asana can't compete with – rock bottom pricing. For those with a small team under 10 members, Jira will charge $10 per month flat for Jira Core, Jira Software, and Confluence.

That's $10 total, every month, for the full experience. Compare that to Asana, where a number of key features require at least a $9.99 per user, per month commitment. If you had a full 10-member team, for example, that would mean Asana would cost at least 10 times more than Jira.

Money isn't everything, of course – but when Asana's free tier won't do, Jira deserves a hard look at such an affordable price. 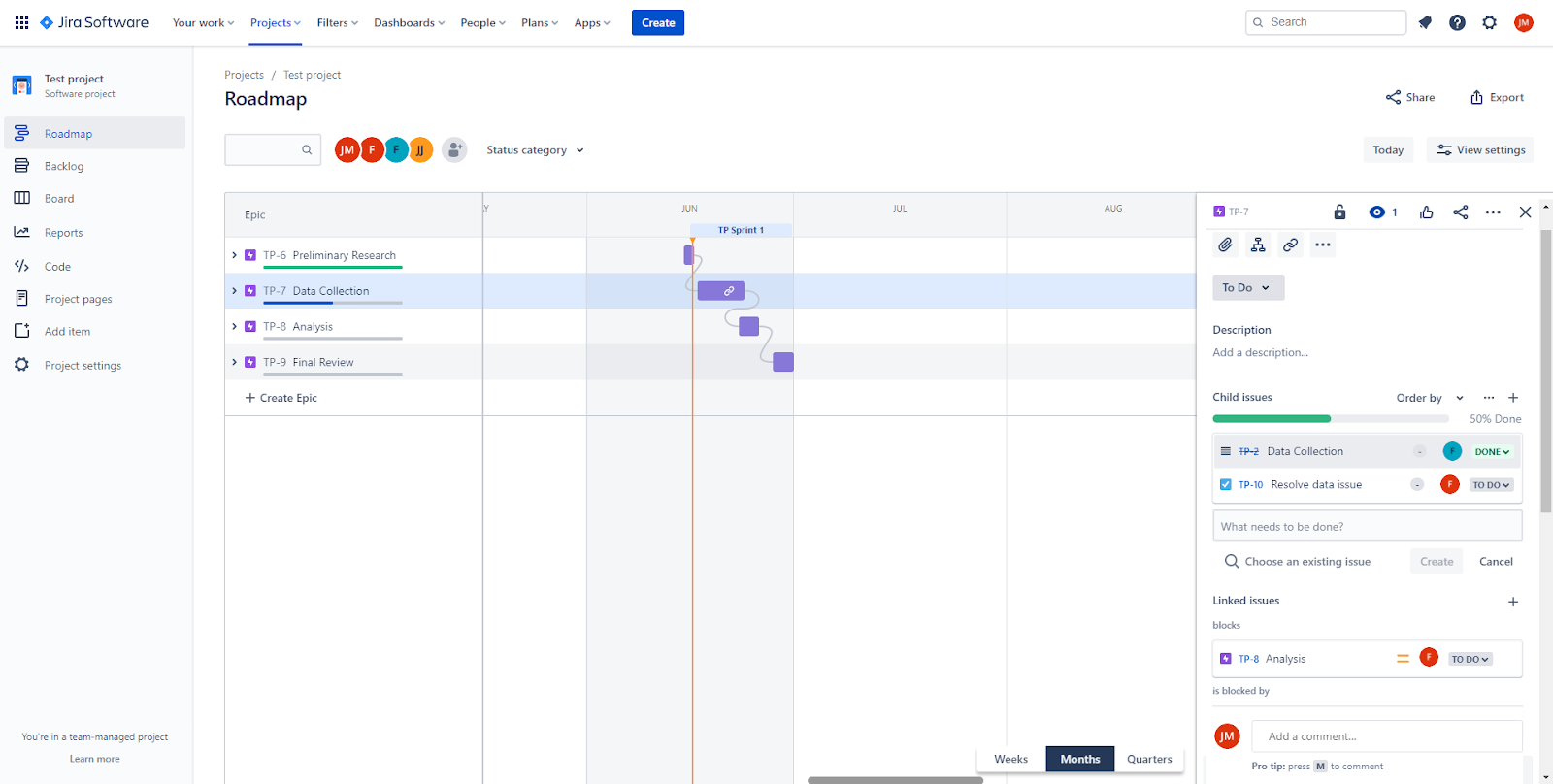 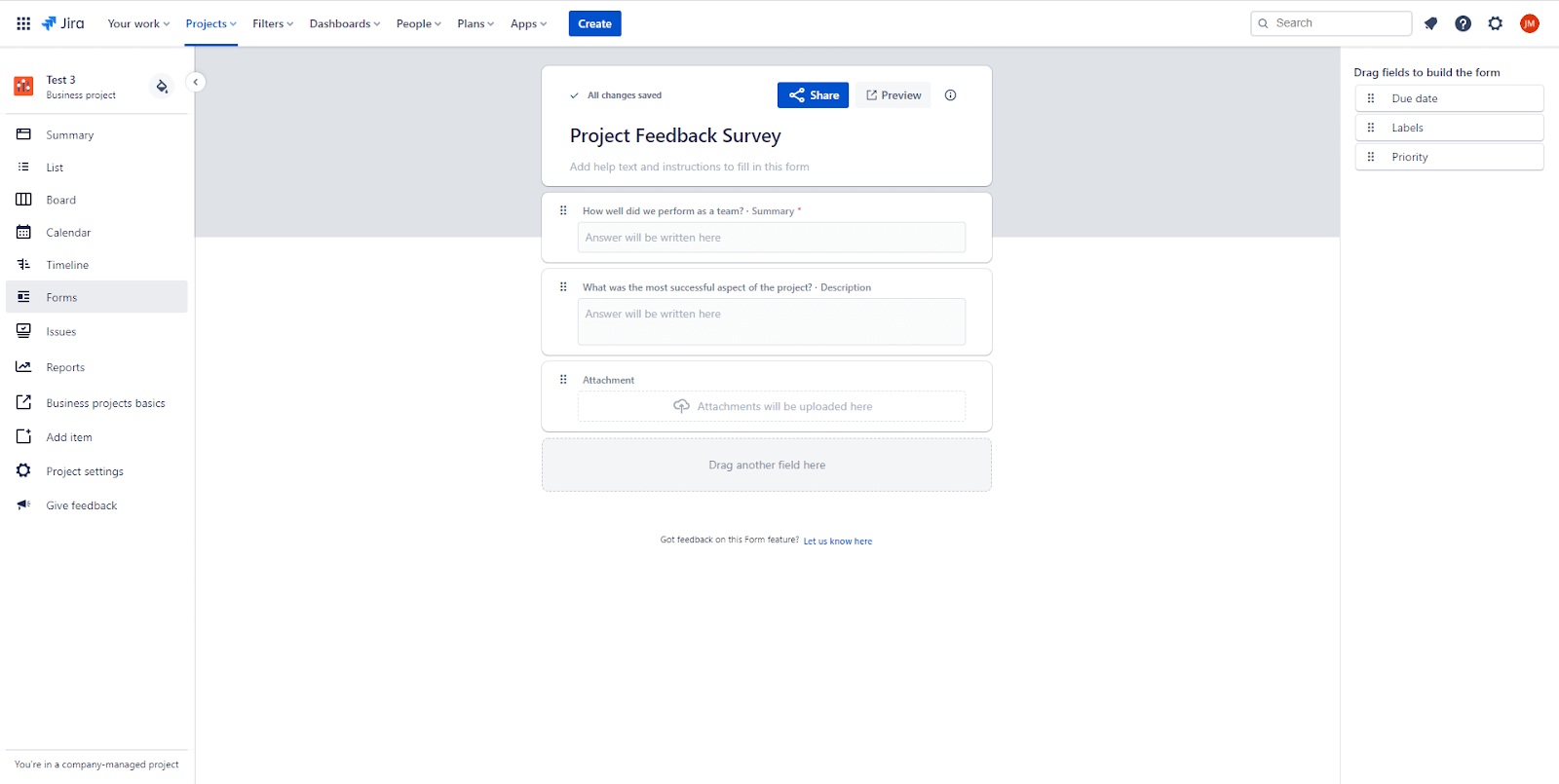 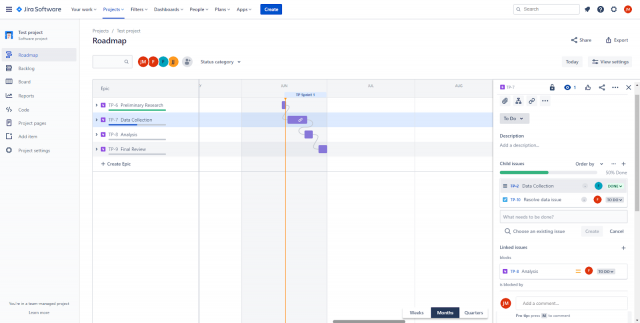 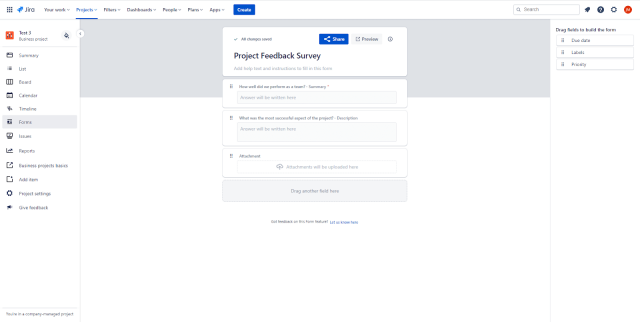 While this rule doesn't always hold true, many individual freelancers have relatively simple needs for staying organized. They usually know what's going on and what needs to be done, but having a project management solution makes it easier to stay on track.

Asana's free tier is ideal for people in this situation. It has multiple views, and creating tasks and adding attachments when necessary is easy enough. Every now and then, freelancers also need to bring on colleagues or clients to work together, which is where Asana's 15-person team limit comes in handy.

Asana works on the web, but there are also very good mobile apps to keep track of everything. It would be nice if free users had the timeline view, but when you're not paying, you can't expect everything.

One of the most important aspects of a software is its ease of use, and Asana tops Jira in this regard. A lot of tasks that can be lightning fast in Asana took a lot of menu navigation in Jira, which took longer and was a lot more mentally taxing.

Due to Jira's leaning toward the world of software development, a lot of the signposting might be more confusing for other types of teams. For example, ‘tasks' are called ‘issues.'

And while both have very similar automation builders, the test found Jira’s to be trickier to use, and less fully fledge, as it was unable to do things that Asana could do easily.

Finally, unlike Asana, Jira doesn't allow guest access, which can lead to a bit of a hassle if you ever want outsider input, or to show the workflow to stakeholders.

If these two platforms aren't doing it for you, that's ok! We've done the research and found a wide range of other tools that can help you keep track of your team's productivity. Take a look at a few of them below:

Verdict: Which is better, Asana or Jira?

Overall, Asana is the best choice project management software for most people. It offers multiple views, and all the basics you need for creating tasks.

If you need the Timeline feature, milestones, and task dependencies, then it'll cost you, but Asana's pricing at the Premium tier is nothing out of the ordinary. It would be nicer if there was a clear explanation of all available discounts – which Atlassian offers for Jira – but Asana is still pretty useful for smaller teams or individual projects.

When it comes to the interface and ease of use, there's no question in our mind that Asana is the best choice. The main exception would be for those who work in software or web development.