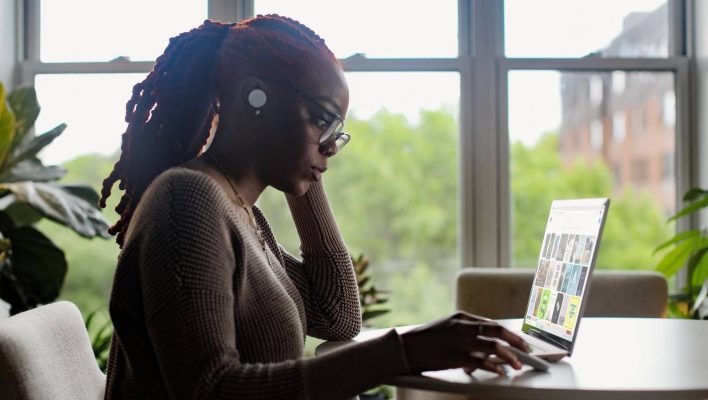 A survey of two hundred C-Suite executives has revealed that a significant number believe permanently remote employees are at a disadvantage when compared with their in-office counterparts and almost half agreed they are less likely to be considered for promotions.

The survey also showed that engagement among remote employees was a major concern to senior leadership figures, despite more faith in employees’ ability to set up and use remote working tech like video conferencing software.

Fortunately, however, executives seem to have a number of ideas up their sleeve that can be utilized to increase employee engagement and at least go some way to leveling the playing field between employees in and out of the office.

Vyopta’s 2022 Survey, “The Challenges of Hybrid Work”, queried 200 U.S. executives with the minimum seniority of Vice President on a variety of questions relating to the state of their workforces, which include remote and non-remote employees.

Some of the most surprising results detail how executive staff feel remote working affects the career progression of their employees. A huge 41% of survey respondents said remote employees would be less likely to be considered for promotion.

Why is this? Well, it can in part be explained by the fact that 43% of executives surveyed agreed that remote employees are less wired in to a company’s culture, whilst just over half (52%) felt employees working from home or elsewhere were “overly reliant on others to be able to collaborate remotely”.

A mere 4% of respondents considered their remote employees as “not disadvantaged” in at least some way when compared to their peers that come into the office.

Although it’s clear that there’s a widespread feeling that working remotely doesn’t quite give you the same leg up in your career as coming into the office, it seems executives now have more faith that their employees can get their remote collaboration technology working.

When Vyopta ran a similar survey in 2021, only 30% of executives fully trusted more than three-quarters of their staff to correctly navigate the remote collaboration technology required to make remote working a success, whereas now that number is 46%.

However, this hasn’t helped ease fears about engagement among remote workforces. For instance, 44% of executives surveyed strongly agreed with the phrase “The frustrations of working remotely are causing some employees to become less engaged on virtual calls” whilst a further 49% somewhat agreed.

One interesting finding is the perception from some that keeping the microphone or camera off during meetings meant the individual was not engaged.

A huge 94% of executives either strongly or somewhat agreed with the idea that employees that do not show their faces are more often than not the ones that are not engaged. 91% also somewhat or strongly agreed that employees that regularly go on mute and don’t turn their camera on won’t progress in the company.

How to Keep Staff Involved Outside of the Office

Although executive views on the disadvantages of working from home are negative, they’ve still taken significant steps to mitigate some of the pitfalls of being away from the office.

49% of respondents said “highlighting individual performance publicly such as through awards or promotions” was the best way to keep staff engaged, whereas 48% focused on giving direct, individual feedback. Virtual activities and meet-ups also scored highly (43%).

However, none of this can be achieved without the technology needed to do so – so it isn’t a shock that investment in collaboration tools like video conferencing software scored highly (42%). 37% also referenced fixing existing problems with collaboration software.

So, equipping staff and praising them regularly seems to be the way to stave off some of the negative by-products of working from home. But others, it seems, are inevitable – at least in the eyes of Execs – which means we could soon be seeing major disparities in the career pathways taken by remote and non-remote employees.