The new year is almost upon us, and it looks like the most important number, at least in the cameraphone world, will be 48. Why? That’s the latest milestone we’ve reached in cameraphone megapixel counts.

Honor has announced that next year’s Honor View 20 phone will use Sony’s IMX586 CMOS sensor, which will enable images at 48 megapixels. There are also hints from fellow Chinese brand Xiaomi that it has a similar spec phone in the pipeline.

In short, the megapixel wars have never been hotter. The question is, when it comes to megapixel counts, does bigger mean better? And why should we care about megapixels anyway?

There's been an arms race in the digital photography space for years when it comes to megapixels. While the ‘Mp' count can feel like a good indicator for how good you can expect a camera to be, it simply doesn’t tell the whole story.

The earliest consumer digital cameras had tiny pixel counts, and produced images that were blocky, grainy and generally pretty poor. But it was a different time, and the fact that it could be done at all seemed like witchcraft to most.

When the first cameraphones emerged, the picture quality wasn’t there, but the convenience made up for it. By the end of 2003, 80 million had been sold worldwide. Models like the Sprint PM-8920, with its impressive (for the time) 1.3Mp camera, helped sell the cameraphone as the must-have accessory.

The initial fervour for the cameraphone was soon replaced with higher expectations for better picture quality.

Yes, a grainy photo of your cat was fun on your 2-inch mobile screen, but the problem came when you tried to print it out. Even blown up to a standard photo size of 6×4, it looked atrocious. Remember, we’re talking about a time before social media had a stranglehold on our images, and people were used to owning physical copies of snaps they’d taken.

Enter our old friend, Mr Megapixel. It was true, initially, that the more megapixels, the higher the quality. And this message was conveyed to the public through advertising. Soon enough, even your Gran knew what a megapixel was and that you wanted a bigger number of them. 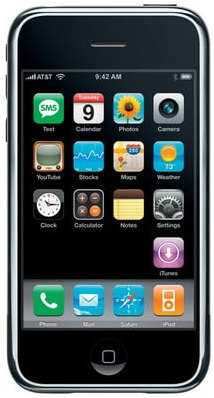 Incidentally, we’re talking the rear camera here. The front-facing selfie camera traditionally has a much lower pixel count. There's an entirely separate arms race going on when it comes to selfie cameras. 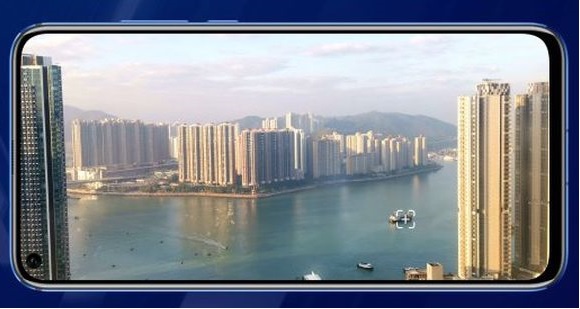 While megapixels mean, in theory, more detail, there’s a lot more to consider. A photo with a high megapixel count will let you digitally crop and zoom, or print to a large size without sacrificing detail. But there's a lot more to image quality than this.

More important than the megapixel count is a decent quality lens, a large sensor, wide aperture, physical zoom, image processing…there’s a myriad number of features that all work together to bring you that perfect holiday snap.

The quality of the sensor really can’t be overstated. It’s the sensor’s job to capture the light in your photo. The bigger the sensor, the more light it's able to absorb, leading to clear, noise-free images (even in low light). The size of the sensor itself is important – as they’re collecting light, the bigger the better.

Interestingly, cramming more megapixels into a camera can actually have an adverse effect on the amount of light that the sensor is able to capture. This leads to situations where a camera with fewer megapixels can actually beat one with more.

From an advertising perspective, it’s not hard to see why megapixels are promoted so prominently. The average consumer has little point of reference for sensor size, while megapixels have a clear number value.

What More Megapixels Let You Do

For sharing on social media, you simply don’t need a megapixel monster. Most platforms automatically reduce the image quality when you upload files. This saves on bandwidth and site loading time.

If you’re looking to print out your pic, accepted wisdom is that an 8Mp camera will produce good quality photos at A4 size. Even most budget phones surpass these specs, so you can rest assured that the bar for quality isn’t crazy high.

If you’re looking to print out billboard-sized images, or display them on a large screen, then you’ll need more of those megapixels, admittedly. This is also true if you want to make use of your phone's zoom feature. Traditionally, this is defined as optical or digital zoom. The former is a physical movement of the lens itself (rare on phones), while the latter essentially crops the image smaller.

The more megapixels you have to play with, the more you can use a digital zoom to crop into your image.

One further downside to vast megapixel counts? Huge file sizes. This can make them a pain to store or transfer, and you'll certainly need an extra memory card.

For most of us, more megapixels is simply overkill, and shouldn’t be the prime concern when considering a phone camera.

Want proof? Some of the best cameras we’ve seen on phones this year have a megapixel count way below the 48Mp of the Honor 20. We’ve been blown away by the images from the Google Pixel XL 3, despite the fact that it ‘only’ has a 12Mp camera. Its success lies in the excellent lens and sensor, and first-class image-processing software.

Then there’s the Samsung S9, with its 12Mp rear camera. Again, it produces stunning shots that will impress, and doesn’t rely on a bloated megapixel count to do so.

Lastly, there’s Apple’s iPhone XS, which also has a 12Mp rear camera (two, actually). Yet again, it produces pictures of a stunning caliber, in a variety of light conditions.

Megapixels are important, don’t doubt that. But don’t get caught up in the numbers.

A good camera phone relies on a number of components and shouldn't try to distract you with one headline stat. How Honor and Xiaomi's phones stack up remains to be seen in the new year. But, in our opinion, they've a fight on their hands if they want to topple the Pixel XLs and S9s of the world.

And it's a battle that will be won with results, not numbers.