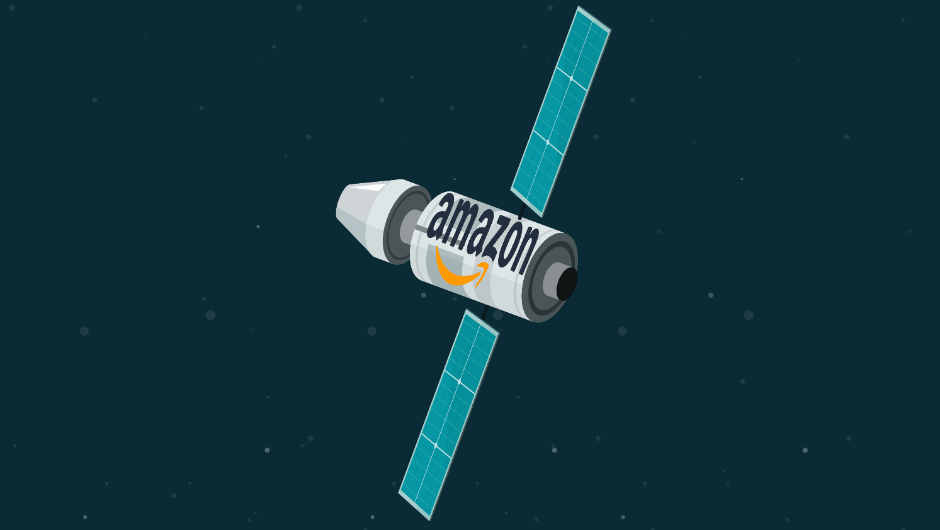 Amazon is planning to send 3,236 satellites into orbit to create a new satellite-based internet service provider.

The company asked the FCC back in April whether it could launch the satellites, and its plan has now been approved.

The plan is known within Amazon as ‘Project Kuiper,’ named for a region of the solar system that exists beyond the eight major planets, and will give “unserved and underserved” communities access to the internet.

While this cause may seem noble, the company’s move into internet service provision should raise some concerns.

Space is surprisingly crowded — there are nearly 2,000 satellites circling the Earth at the moment, and that number is increasing rapidly. Some satellites in lower orbits are travelling at more than 17,000 mph, making it collisions with even small pieces of debris potentially fatal, and Amazon’s internet satellites would be fired straight into this melee.

Scientists are expressing concern about the growing number of satellites in orbit:
“The number of satellites is projected to grow into the tens of thousands over the next several years, creating the potential for substantial adverse impacts to ground- and space-based astronomy. These impacts could include significant disruption of optical and near-infrared observations by direct detection of satellites in reflected and emitted light; contamination of radio astronomical observations by electromagnetic radiation in satellite communication bands; and collision with space-based observatories.”

NASA is also worried about the amount of satellites and space junk in orbit, saying that there are more than 20,000 pieces of space debris larger than a softball in orbit, and 500,000 larger than the size of a marble.

Amazon’s plan also raises concerns about companies controlling access to public services and the services themselves — stop us if you've heard this before.

With a satellite-based internet serving customers with little to no option for changing supplier, Amazon would almost have a captive market. If Amazon raised the prices for internet provision, would customers have anywhere else to turn?

Or what if Amazon decides that it will give sites hosted on its own web servers a speed advantage? This isn’t unheard of as Google, allegedly, gave YouTube a speed bump on Chrome, whilst slowing the video site down on Firefox.

Or what if Amazon decided that Project Kuiper wasn’t sustainable? Would those unserved and underserved communities simply go back to an internet-free life? And what would happen to the satellites — would they become more space debris?

We must also ask why Amazon is launching large-scale infrastructure projects without the assistance or permission of local governments. With a satellite-based internet service, there would be no need for any government involvement, all Amazon would have to do is turn on the internet.

But, if a country wanted to increase corporation tax, for example, could Amazon threaten to remove the internet from some of its population?

Space might be the final frontier, but it needs to be controlled before it turns into a wild west.