We’re roughly three months out from the next versions of Apple’s iOS and Google’s Android operating systems being released into the wild.

At the moment, the companies are testing beta versions of their respective mobile operating systems with groups of enthusiastic users, who are willing to put up with some teething problems.

But, which operating system is actually doing the most to push the game forward? Is Apple driving forward with its close control over hardware and software? Or is Android’s ubiquity giving it a wider range of devices to try new things ?

There are four big features that Apple is making a fuss about with iOS 13: Dark Mode, revamped Photos, Sign In with Apple, and a new version of Apple Maps. However, there are a few others worth knowing about. 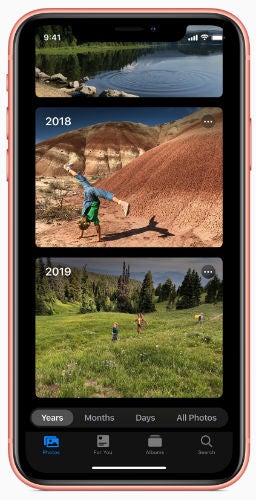 Pretty much as you'd expect, Dark Mode will turn all the white bits of iOS black or a dark grey. It’s a feature already present on MacOS, and promises reduced eye strain — particularly at night.

Beyond that, though, Dark Mode is really just a visual change. But, thanks to Apple’s closed operating system, it means that more apps are likely to support Dark Mode as well.

The Photos app has been through a few iterations since the iPhone debuted some twelve years ago. However, on iOS 13, Apple is promising a range of improvements.

Apparently, your iPhone’s AI will be able to curate your entire photo library, hiding clutter and similar photos to showcase more significant events from the past day, month, or year. No word on exactly how it’ll do that, but we suspect geotagging will play an important part, as it already does in the memories section of the Photos app.

There are also some new and improved editing tools in Photos. Photo effects (think Instagram filters and you’re not far off) can be turned up and down with a swipe. You’ll also be able to crop, rotate, and apply filters to videos, which is handy. There are also improvements to post-shot editing of portrait mode photos, including the ability to virtually move the light source in a photo around, or create a monochromatic background (some Android phones have been able to do the latter for a while, though). 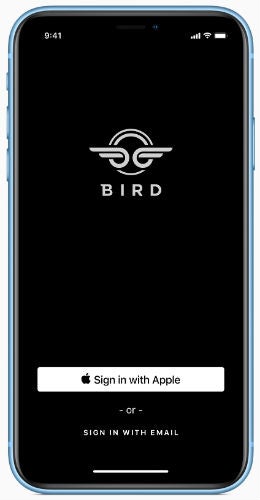 One of the most unexpected and controversial announcements for iOS 13 was Sign In with Apple.

It works just like Sign In with Google or Facebook, but uses your Apple ID instead. However, Apple has been quite stringent with its developer guidelines. For example, Sign In with Apple must be listed above other options on sign in menus and, even if an app asks for an email address to sign in, iOS 13 users will be able to use a unique, randomized email generated by Apple instead.

It will likely prove quite popular, given the convenience of signing in with FaceID and TouchID. But it will also keep users more tightly bound to the Apple ecosystem.

Poor Apple Maps, forever in Google Maps’ shadow. However, Apple promises — it really does — that its new additions will be enough to make you start using it again.

Apple states that , new street level imagery will make Maps look better, and a new collections feature will make it easy to share restaurant, shopping, and travel recommendations with friends — all of whom will obviously be using Apple Maps as well.

A few other bits. Apple’s updated its Location Services utility to give you more choice with how you share your location data with apps, including a one-time location option and more information on which apps are using your location in the background.

CarPlay gets a big visual update, so you can see music, maps, and more in a single view. When you’re not looking at the road, that is. There’s also QuickPath, a new swipe to type keyboard which in typical Apple fashion brings old hat tech and makes it look new.

Android updates tend to feel a bit broader than those on iOS, given how many different devices the operating system runs on. However, with Android Q, there are some interesting dedicated features coming.

Stop us if you’ve heard this one before. Android Q will bring a system-wide Dark Mode, and can be used by third-party apps, as well. This, according to Google, will help improve battery life for phones with OLED screens and reduce eye strain.

Google has also said that you’ll be able to dip into the settings menu and select any apps that you don’t want to use Dark Mode on.

If you use Gmail, you’re probably familiar with Smart Reply. Basically, on-device machine learning predicts what you’re going to say and suggests three responses to the last message you’ve received.

And now with Android Q, Smart Reply is coming to all messaging apps — including Whatsapp, Facebook Messenger.

This one is actually pretty cool, from a tech point of view at least. Live Captions will work with any video or audio and will use machine learning to display the audio as subtitles instead.

It sounds pretty straightforward, but the tech at play here is super complex, especially considering that it doesn’t need a network connection, either.

It will work with almost any app, which is pretty impressive. There are obviously huge benefits for people who may be hard of hearing, but also for people who have forgotten their headphones.

Focus Mode brings extended digital wellbeing controls to Android Q. With a single tap, you’ll be able hide notifications and some apps will be temporarily unavailable to you.

This should help people put down their phones and get on with more important things such as working or spending time with friends and family.

Support for Foldable and 5G Phones

Also, 5G is coming, you just have to believe us. Anyway, Android Q is bringing 5G support to existing apps and APIs to get developers ready to make the most of that sweet new latency-free standard.

It really depends what you’re looking for. Apple has made a big effort on privacy and security with the new Sign In with Apple function and location services. Beyond that, though, it’s largely improvements on existing tech.

Android, on the other hand, has to service many more developers and device manufacturers, so you often get a handful of really big new features. Device-wide Smart Reply and Live Captions might not be the most headline-grabbing features but they demonstrate Google’s superior software and machine learning chops, compared to Apple, at least.

It is interesting, though, that both companies have seen fit to offer system-wide dark modes. But, as Apple and Google both make devices with OLED screens, it perhaps shouldn’t be that surprising given the potential battery life benefits.

How Can I Get the Betas?

If you’re own any iPhone newer than an iPhone 6s, you can get it! All you have to do is join the Apple Beta Software Program with, surprise, your Apple ID.

The Android Q Beta is a bit more complicated, however. For a start, it’s only available on these devices:

With a Pixel phone, you can get the Beta over the air — just like a regular software update once you’ve enrolled here.

If you’ve got one of the above non-Pixel devices, you’ll have to visit each manufacturers’ site to find out how to join the beta.

You can also run an Android Q Beta emulator if you don’t have a compatible device. But, if we’re honest, it’s probably not worth the hassle.

Remember, though, when you’re using Beta software, there are going to be bugs and issues. For example, some Android Q Beta users recently found themselves stuck in a bootloop thanks to a bug — basically bricking their phones. If that’s not a risk you want to take, wait for the official release.