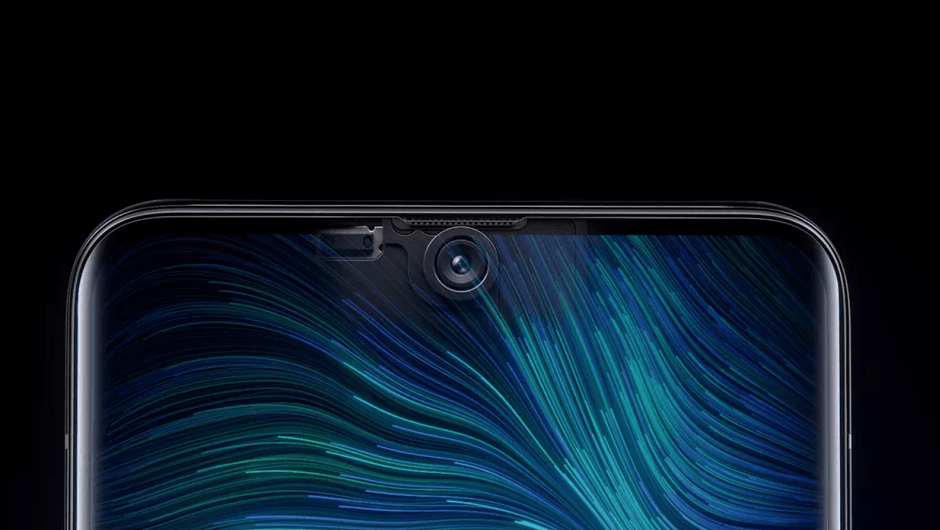 Chinese Smartphone company Oppo has just debuted a first look at their new innovation: a phone with a forward-facing camera embedded underneath its screen.

The race for the bezel-less phone has been a fierce one, with the camera being a stubborn problem that designers have struggled to solve. Have Oppo finally cracked it?

The question is,  just how well does it work, and when can we get our grubby hands on it?

Oppo explained the tech at MWC Shanghai this week: The phone apparently uses a “custom transparent material,” The Verge reports, to ensure that enough light reaches the camera that lives underneath the top of the phone screen.

The sensor has an above-average aperture lens width. Some reports indicate that the camera might be noticeable from certain angles, but the screen above it will still function as a display and as a touchscreen.

You can see how the phone's camera operates in this earlier video showing off the new tech:

For those seeking the perfect, notchless smartphone screen experience – prepare to be amazed. 📲

You are taking a very Gallery at our under-display selfie camera technology. RT! 🤯 pic.twitter.com/FrqB6RiJaY

The average smartphone owner will take 25,000 selfies across their lifetime, by some estimates. With Oppo's new tech, the camera that takes them will be (almost) invisible.

Evolution of the Selfie Camera

The selfie camera's attempts to blend in easily on the face of a smartphone have taken many forms over the years. Notches have gotten rapidly smaller as each smartphone company tries to out-do the last.

Just take a look at how bezels have shrunk on the flagship offerings from phone giants Apple and Samsung within the past decade:

The new under-screen camera is far from Oppo's first crack at reducing the bezel significantly — it debuted a minuscule notch on its F9 phone last year — and even got rid of the bezel entirely, when it unveiled a pop-up camera. This iteration of the selfie camera, featured on the Oppo Find X, pops up from the housing of the phone when needed for a photo before retracting back into the top of the phone when finished.

Tech.co called the pop-up design “a somewhat Rube Goldberg approach.” Assuming the under-screen selfie still takes a high-quality pic, it's likely the most appealing way to avoid a phone bezel.

When Is It Coming?

The best official information we have from Oppo is that they're aiming to bring the under-screen selfie camera to market “in the near future.”

The mobile industry's headlong scramble for a truly innovative smartphone experience doesn't always turn out well for the fastest innovators, as the Samsung Fold's penchant for snapping in half indicates. Oppo might be wise not to rush their release. But for early adopters, the first-ever under-screen selfie camera can't come soon enough.