Despite being announced in September 2017, the AirPower hasn’t been mentioned since by the company. In fact, the only references to the product on Apple’s website are a handful of lines in its iPhone press releases from 2017, plus tucked away within a list of trademarks.

ChargerLAB cites what it calls a “credible source” within Apple’s supply chain who claims that it’ll start the manufacturing process next week. So, what do these leaks reveal about the AirPower, and when can we finally get to buy it?

AirPower Leaks – Everything You Need to Know

This new information from ChargerLAB doesn’t give us a whole lot of specifics about the AirPower. For a long time, though, we weren’t sure whether the AirPower would even see the light of day, so even this news is quite significant.

ChargerLAB revealed that two China-based companies are going to be manufacturing the AirPower – Luxshare Precision and Pegatron. Both companies already manufacture Apple components, including charging cables and AirPods.

ChargerLAB claimed in another tweet that it expects the AirPower to cost “at least $150.”

Unfortunately, I think it will be at least $150. https://t.co/sKAJr5yQzt

However, it didn’t share any new images of the AirPower. Instead, the post reused the images that accompanied Apple’s original 2017 announcement.

Why Has Apple Taken So Long to Release the AirPower?

Apple is somewhat accustomed to product delays. The AirPod earphones and HomePod smart speaker both missed their planned release dates, for example. However, nothing has come close to the 14-month delay on the AirPower.

What makes the delay even stranger is that, during the intervening period, Apple has been happily selling wireless chargers from third-party companies such as Mophie and Belkin. 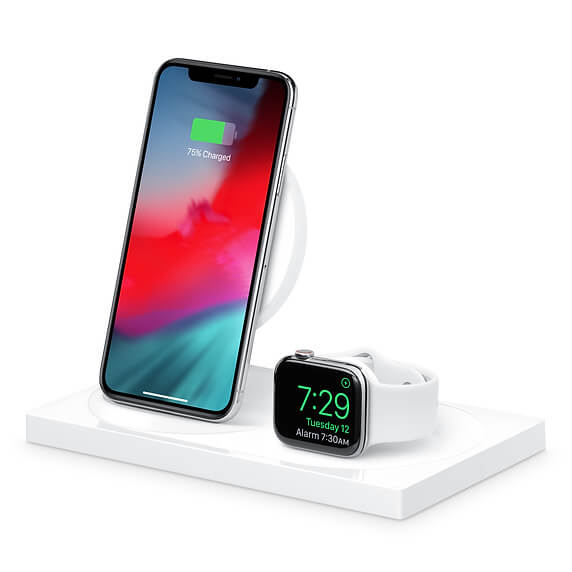 A Belkin wireless charging stand on sale at Apple

Unlike most wireless chargers, which are designed to charge one device, the AirPower was supposed to charge three, or even four, devices at one. This extra power requirement might have been responsible for some of the delays, as releasing a product that couldn’t safely handle the power might have been a disaster.

Either way, if and when the AirPower finally hits the shelves, we’ll be very interested to see whether it was worth the wait.