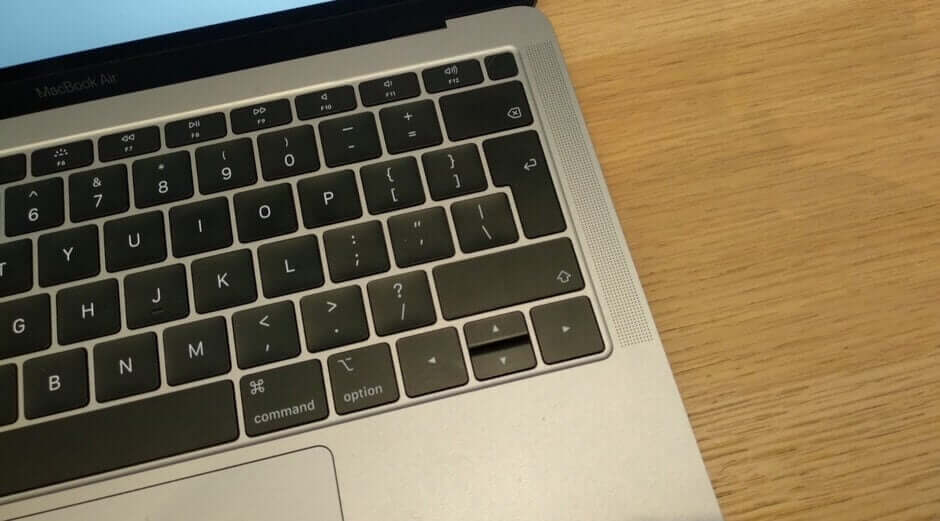 You could be forgiven for thinking that Apple had given up on the Air. Once held up as its thinnest, lightest laptop ever, Apple hasn’t given the Air a meaningful upgrade in a few years, instead introducing an even slimmer 12-inch MacBook to its line up.

With the previous Air packing a tired 5th gen Intel processor (we’re now on the verge of 9th gen chips), it was well overdue an update. Apple provided this with the 2018 model, and did so in spades. The 2018 MacBook Air has had plenty of major updates, plus quality of life changes that really do make it sing. The new Air is arguably the best consumer laptop Apple sells.

Thanks to this leg-up in the specs department, the Air has now pretty much surpassed the 12-inch MacBook. Okay, so it can’t compete with the Pro models, but unless you want to take on some real heavy duty work, the Air can provide you with everything you need.

There’s one small area that Apple has been a little less than generous in, and that’s ports. While you do now get two USB-C ports, the Thunderbolt 2 and Magsafe powerport have been removed. While you now power the Air via the USB-C, it does leave you with just one port to play with while charging. The SD card slot is gone too.

Throughout its history, Apple has been well regarded for its design. Whether it’s the original compact design of the Macintosh Plus, or the Jolly Rancher-inspired luminous bubble that is the Mac G3, Apple makes things that stand out and are visually appealing. Its become harder for them in recent years, with other manufacturers aping their style, and yet the 2018 MacBook Air still retains its crown as an impeccably designed laptop.

This is no more true than when you have the thing in your hands. It’s begging to be picked up and played with, and that’s even truer now with the introduction of the Touch ID, which has trickled down from the MacBook Pro model. While you don’t get the fancy Touch Bar here, you do get a single, unassuming black pad that will read your fingerprint, and is used for logging in, confirming purchases, and pretending you’re Ethan Hunt.

Elsewhere, Apple has somehow made the Air even thinner and lighter, while taking design points from the Pro. The end result is the best of both worlds, as the 2018 Air retains the tapered keyboard of the 2017 Air model, over the chunky base of the Pro, which keen typists can attest is burden on the wrists during long sessions. The trackpad has also been made larger too, which adds to the comfort.

It’s lost a little fat too compared to the 2017 model, shaving off 10 grams to bring it down to just 1.25kg. Yes, the 12-inch MacBook is still the lightest at 0.92kg, but it’s still impressive how Apple manage to make something so light, yet feel solid and robust at the same time.

Then there’s the screen. Pro owners were gifted Apple’s infamous, ultra-clear Retina display in 2012; the 12-inch MacBook, 2015. It’s taken until 2018 for the Air to catch up, and now it’s here, we’re over the moon. The 13.3-inch screen on the Air looked good before, but now it’s gorgeous, boasting bright, vibrant colors and detail that will make you want to throw yourself into your creative work (or simply watch some Netflix – we won’t judge).

Just as important as the visuals is sound. With the redesigned Air, Apple has moved the speakers to the sides of the keyboard – as it did with the Pro – whereas the previous model had them placed under the keyboard. You can hear the difference too, with meatier bass and generally louder sound coming from the 2018 model compared to the 2017.

If you’re eyeing up the MacBook Air as the ultimate travel companion, then you’ll want to know about battery life. As you’d expect, Apple has delivered here, with the Air racking up around 12 hours for browsing over Wi-Fi, and 13 for watching movies.

It will also last around 30 days in standby mode, so you can pick up where you left off without worrying about the battery having died on you. This is another area that Apple always delivers on, and the Air is no exception. In fact, the 2018 Air lasts an extra hour over the 2017 when watching video.

This means is a great all day device, whether you're looking for a laptop for college or simply for work.

With its 2018 incarnation, the Air gets an upgrade to its processor, finally catching everyone else up and getting an 8th gen Intel Core chip. That’s not to say that that the 2017 model was sluggish, despite using an older Intel processor – one of the things that Apple has always excelled at is its ability to utilize hardware to achieve the best results, thanks in part to that super smooth MacOS.

Still, the 8th gen Intel processor is a more than welcome sight, and it means that the Air is snappier than ever before. The Air can now switch between applications with ease, helped by the 8GB Ram and SSD.

While the Air doesn’t have the necessary grunt for serious labor, such as 3D rendering or editing a massive 4K video, it’s still an excellent everyday machine for most. If you need more raw power, check out our laptop suggestions for designers.

Apps and general use won’t faze it in the slightest, and you can even push it to do some light editing work without too much worry. However, when you start to throw too much at the Air at once, it will feel the pressure.

Cost and Value For Money

So, we know that the MacBook Air is a fantastic laptop, and easy to recommend. That’s a given. Then we come to the price.

Firstly, the good news: The Air is still Apple’s cheapest MacBook. It starts at $1,199, compared to the $1,299 price tag of the 12-inch MacBook. That’s great value, especially considering the latter doesn’t match it spec-wise.

The bad news is that this represents a $200 price increase over the last model, but you are getting more bang for your buck. Incidentally, last year’s Air is still available on the official Apple site at $999. Don’t be tempted. Splash out the extra $200 for this and get yourself a much more modern machine.

Granted, you could pick up a Windows laptop of similar spec for the same price, if not cheaper – but one of the things we really rate Apple products for is their longevity. Unlike Windows machines, the operating systems are kept clean, not suffering the bloat and tiredness that a traditional PC can so often fall foul of.

If you invest in an Apple product, it will serve you well until you want to upgrade, rather than slowing to a halt and forcing you to get one. That's why we think it's one of the best laptop brands.

With the pricing now so close (at least, between the MacBook Air and the 13-inch MacBook Pro without a Touchbar), you may be wondering which to choose. Neither will disappoint by a long shot, of course, but you may not need the extra power of the Pro:

The MacBook Air is best for: Everyday users who want a moderately powerful laptop experience and don’t mind paying for a product that will last them a good few years. A great everyday machine with excellent battery life that can prove a capable companion.

The MacBook Pro is best for: Those that want all of the above, but also require some serious firepower under the hood and don’t mind paying for it. Graphic designers, image editors, and those looking to do some serious 3D rendering will all make full use of the Pro’s abilities.

Still stuck? Check out our expert guide, Which MacBook Should I Buy?

Whether you’ve been an Apple fan for years, or this is your first foray into the brand, the Air is Apple’s best laptop for almost everyone, and an easy one to recommend. It’s fast, it looks lovely, and everything about it makes you just want to get stuck in.

Okay, it doesn’t have the sheer power of the Pro range, but unless you’re running demanding software or doing a stack of intense image editing, you don’t need it.

The price is the only fly in the ointment. Apple has put the price up compared to the 2017 model – reflecting the much-improved internal hardware. However, pick up the new Air and you can be confident it’ll last you a damn long time.