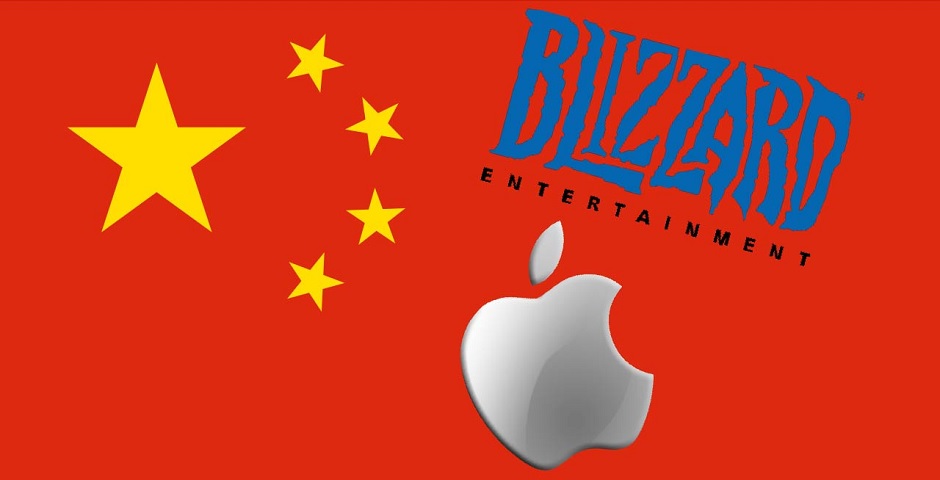 Senators from both the Republican and Democratic parties have come together to address what they see as the problematic way that some US companies are yielding to demand from Chinese authorities.

In open letters to both Apple and Blizzard, which have taken actions to remove or silence pro-Hong Kong liberation materials and statements, the Senators ask the companies to reconsider their actions, with a stern warning that profits should not trump personal liberty.

Both companies have seen plenty of criticism from their own communities in the last few weeks, but the attention of lawmakers is bound to add an extra level of weight to the accusations. Here's what's gone down so far.

Why Are Apple and Blizzard in the Firing Line?

Hong Kong has seen weeks of civil unrest, as China battles local demonstrators on the street. Both Apple and Blizzard have been attracting ire for their positions in relation to this volatile situation.

Apple came in for criticism earlier in the month, after it took the decision to remove the HKmap.live from the Apple store, at the request of Hong Kong's Cybersecurity and Technology Crime Bureau. The crowd-sourced app mapped out police locations and closed streets, and had been utilised by protesters to arrange demonstrations. However, according to Apple, it had received reports that users were deliberately using the app to target police locations with the intention of assaulting them. This claim was strongly denied by the app's developers.

Blizzard have also felt the chill of public disapproval this month, after stripping a Hearthstone player (a popular online card game made by Blizzard) of his winning title and prize money, after he shouted ‘Liberate Hong Kong!' in a post-match interview. Blizzard took the decision to ban Ng ‘Blitzchung' Wai Chung from competitive playing for a year, and withdrew his $10,000 winnings. The company also fired the two interviewers who he had been speaking to.

Commentators have been quick to point out that Chinese company TenCent owns a 5% share of Blizzard's parent company, Activision Blizzard.

While a huge online backlash against Blizzard has had some effect, in causing the company to return the money and reduce the ban to six months, this still isn't enough for some, who want the penalties fully undone.

What Have the Senators Said?

On Friday, a group of senators across both Republican and Democratic parties, including the unlikely coupling of Ted Cruz and Alexandria Ocasio-Cortez, issued open letters on Twitter to raise awareness of practices by both Apple and Blizzard. In its letter to Tim Cook, the group turned the Apple CEO's own words against him:

‘Late last year, you were widely quoted as saying “At Apple, we're not afraid to say that our values drive our curation decision!”  For those of us who support the promotion of basic human rights and dignity, it was refreshing to hear a tech titan say that priorities are more important than profits. So you can imagine our disappointment to read that Apple had removed HKmap, a crowdsourced mapping app widely used by Hong Kong residents.

The letter continues to accuse Apple have having removed over 2,200 apps from its Chinese store, including VPNs and Tibetan-focused apps,  at the request of the Chinese government. The letter ends asking Cook to reevaluate the decision and to ‘stand with the brave men and women fighting for basic human rights and dignity in Hong Kong'.

A second letter to Blizzard was thematically similar. Addressed to Activision Blizzard CEO, Bobby Kotick, it urged the company to do right by Ng ‘Blitzchung' Wai Chung and fully remove his punishment. It also once again uses the company's own words to make its point:

‘Your company claims to stand by “one's right to express individual thoughts and opinions,” yet many of your own employees believe that Activision Blizzard's decision to punish Mr Chung runs counter to those values.'

How Have Apple and Blizzard Responded?

While neither Apple nor Blizzard have yet responded to the group, both have addressed the criticism received from the press and public. Apple has stuck with its explanation that the HKmap app was endangering human lives:

‘We have learned than an app, HKmap.live, has been used in ways that endanger law enforcement and residents in Hong Kong. This app violates our guidelines and local laws, and we have removed it from the App Store.'

Blizzard on the other hand, has insisted that its motives were not informed by any outside influence, in a blog post by the president of Blizzard Entertainment, which has since been deleted:

‘The specific views expressed by blitzchung were NOT a factor in the decision we made. I want to be clear: Our relationships in China had no influence on our decision. If this had been the opposing viewpoint delivered in the same divisive and deliberate way, we would have felt and acted the same.'

Witnessing the huge backlash against the company, other game platforms and publishers have also stepped in to make their point. Tim Sweeney, CEO of Epic Games (the people behind Fortnite) took to Twitter to state that Blizzard's actions would ‘not happen on my watch'. Considering the 40% share that TenCent owns in Epic, this could well be put to the test sooner rather than later.