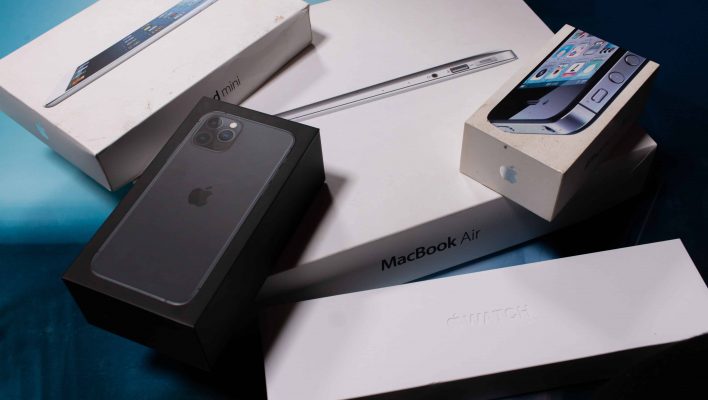 Yesterday Apple announced it was halting all product sales to Russia, as well as banning state broadcasters from the App store.

CEO Tim Cook has also circulated an email to all Apple employees, which includes the pledge to match their donations to Ukraine by a ratio of 2:1.

Apple joins Facebook, Microsoft, and a host of other tech companies that have already pulled out of Russia provided assistance to Ukraine, and/or banned Russian media from their platforms.

Effective immediately, Apple has paused sales of all of its products to Russia, building on the company’s decision last week to stop exporting new products into the company’s sales channels.

Apple doesn’t actually have any physical stores in the country, but millions of Apple products are shipped to the country every year via online stores.

Although such exports have now been stopped, software updates will reportedly still be available for download for Russians with iPhones, Macs,  iPads, and other Apple products.

The company's relationship with the Russian government was tense even before the invasion began – the company is currently suing the country's Federal Antimonopoly Service after it was fined for not complying with a ruling to let app developers advise users on alternative ways to pay (other than Apple's payment mechanism) whilst using apps.

The company’s decision to enforce a ban on shipping to Russia comes after Ukraine’s Minister of Digital Transformation, Mikhail Fedorov, lobbied Tim Cook from his personal Twitter account:

Now @tim_cook let's finish the job and block @AppStore access in Russia. They kill our children, now kill their access!

This wasn’t the first Tech mogul Fedorov has called to Ukraine’s aid since the crisis began –  a tweet directed at Elon Musk on February 26 led to the SpaceX chief activating his Starlink satellites above Ukraine, giving the government a Plan B should Russia try to disrupt internet connectivity in the country.

An email sent out to Apple employees by Tim Cook this week was made public today, with the Apple CEO decrying the humanitarian crisis unleashed by the Russian invasion of the country.

“I know I speak for everyone at Apple in expressing our concern for all of those affected by the violence,” Cook said in the email.

“This moment calls for unity, it calls for courage, and it reminds us that we must never lose sight of the humanity we all share” – Tim Cook, Apple CEO.

He continued, “With each new image of families fleeing their homes and brave citizens fighting for their lives, we see how important it is for people around the world to come together to advance the cause of peace.”

Cook also confirmed that the company have made contact with every Apple employee currently stationed in Ukraine, and said Apple is assisting their families “in any way we can”.

Apple has taken other measures as a show of support to Ukraine. Moscow-backed broadcasters Russia Today and Sputnik have been banned from the app store, closely following Facebook’s decision to ban the same two media entities in the EU.

Apple has also joined Google in disabling live traffic incident updates in its mapping technology, and pre-existing financial sanctions enforced at the start of the invasion have prevented many Russians from using Apple Pay.

What Are Other Companies Doing?

Yesterday, Tech.co reported that Walt Disney and various other companies have halted sales in Russia, whilst Airbnb has offered support to Ukrainian refugees. But there's now a raft of other US businesses enforcing their own bans and sanctions.

Alongside Apple, Sportswear giant Nike and car manufacturer Volvo are two of the bigger names to pull sales in Russia over the last 24 hours. Fellow automobile company Ford has informed its Russian manufacturing partner that operations in the country will be suspended, whilst Harley Davidson has taken similar steps.

Like other social media platforms that reach millions of people in Europe and the USA, TikTok has also banned Kremlin-backed Russian media.

On top of economic sanctions, private sector companies banning sales of their products will likely plunge Russia into a deep recession that will be catastrophic for the country's citizens. Whether that will deter Putin in his brutal attempt to take Ukraine by force, however, is another story.