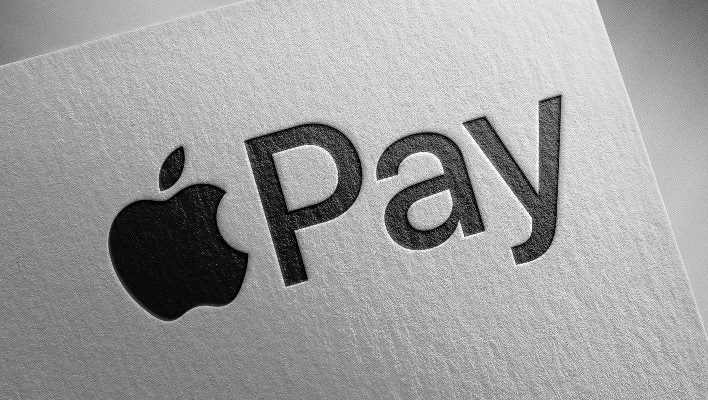 Apple is back in the firing line once again, this time accused of profiting up to $1 billion a year in Tap to Pay card issuer fees, by barring all rival digital payment apps to Apple Pay from its iOS devices.

The proposed class-action lawsuit accuses Apple of illegally monopolizing contactless payments on the iPhone, and forcing payment card issuers to pay a supracompetitive fee for its NFC tap-to-pay functionality— something which is free on other competitor devices.

If successful, the claim could reimburse card issuers, and open up other digital wallet options to iPhone users.

A new legal complaint against Apple, filed this week by Affinity Credit Union, and represented by Hagens Berman, claims that the company has been abusing its power by excluding rival digital mobile wallets from Apple devices.

In the complaint, the legal team point out that NFC-based tap and pay technology pre-dates Apple Pay, and that Android devices offer options from multiple mobile wallet competitors. In contrast, Apple links its mobile devices and Apple Pay wallet, forcing users to exclusively use Apple Pay and closing off rival options. It then charges card issuers Apple Pay fees when payments are made, profiting from the monopoly.

“Having barred all competitors from its devices, Apple charges payment card issuers fees that no other mobile wallet ventures to impose… These fees generated a reported $1 billion for Apple in 2019, and this revenue stream—earned from card issuers—is predicted to quadruple by 2023… issuers pay $0 to Google when their cardholders use Android wallets.” — Affinity Credit Union's Class Action Complaint

The document argues that this arrangement is a violation of federal antitrust law and demands that Apple reimburse payment card issuers who've been charged fees, as well as that an injunction is put in place to ends its exclusionary practices.

Payment Card Issuers Have Had Enough

The crux of the issue at hand is that Apple are charging card issuers to accept payments from customers, where they could be making the same sales, in the exact same way, for free.

“When you compare the functionality of Apple Pay to mobile wallets available on Android devices – Google Pay, Samsung Pay – you’re essentially holding up a mirror; they are essentially identical,” said Steve Berman, co-founder and managing partner of Hagens Berman. “And yet, the same service on Android that card issuers pay absolutely nothing for costs them a collective $1 billion annually through Apple Pay.”

When Apple first announced Tap to Pay it sent ripples through the POS market, impacting players like Shopify POS – and shares of Block (better known as POS market leader Square) – which fell by more than 3% after it was announced.

With the announcement of this latest lawsuit, it's clear that Square POS wasn't the only business provider impacted by Apple Tap to Pay. Still, if Square and Apple were able to find a resolution, will Apple be able to do it again?

According to Business Wire, this isn’t the first time that Hagen Berman has come after Apple for antitrust violations; securing a combined $560 million settlement against Apple and publishing companies in 2015, and again in 2022, securing a $100 million settlement on behalf of iOS developers impacted by Apple’s App Store policies.

Given the changes in EU law, and data violation fines Apple faces in Russia, it’s fair to question whether or not this is a fight that Apple will win. Hagen Berman doesn’t think so.

As a firm with a long history of antitrust successes, we’re no stranger to Apple’s monopolistic behavior,” Berman said. “We’re hoping for a hat-trick and we believe the economic evidence our team has amassed against Apple in this case is frankly undeniable. We look forward to fighting for this case.”

It may not be long, then, until Apple is forced to open the door to Samsung, Google, and others. Although, we bet most iPhone users won't notice.