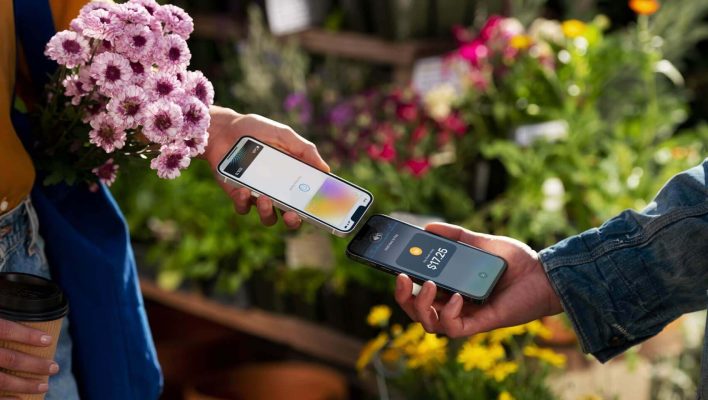 Square is teaming up with Apple to enable the ‘Tap to Pay' iPhone functionality within the Square Point of Sale app.

With it, customers can quickly use contactless payment, giving consumers an easier shopping experience while helping sellers use the Square system with even less friction.

Tap to Pay will be available to all Square sellers sometime this year, with an Early Access Program coming this summer to let sellers tip their toe in the concept first.

This team-up didn't happen immediately: When Apple first revealed its Tap to Pay feature in February 2022, some media outlets called it the “Square-killer,” and Square's stock did indeed dip by 3%. At the time, Apple's Tap to Pay feature worked with a big Square competitor, Stripe, but not Square.

Now, though, the companies both seem to agree that they'll turn larger profits by teaming up — even if it might mean a slowdown in Square's hardware sales in the long term.

Contactless Payments May Not Take Over Retail

Granted, the new functionality won't immediately reshape how people check out their purchases. For one thing, Tap to Pay is only available to those with iPhone model XS and later.

It remains to be how successful the Tap to Pay feature will be. Even if it takes off, given how slow new tech adaptation tends to happen, we can safely assume we'll still be using plenty of Square hardware like its familar white dongle for years to come.

But the news another sign of the innovation, consolidation, and power-jockeying happening in the payments service business. Square debuted an upgraded next-gen version of its Square Stand POS system last month, while Stripe is adding Buy Now, Pay Later functionality to its own payments service.

Should Your Business Get Tap to Pay?

If your own business is in a place to buy a brand new iPhone, the Tap to Pay feature is worth activating — but given how many customers will pay with a non-contactless card or phone anyway, you'll still need a card reader to avoid missing out on sales.

We've detailed the prices and features to know in our guide to all of Square POS's account plans. Their system genuinely is top of the class for any small business, so it's worth considering with or without Tap to Pay. And if you need to know the other options, check out our roundups of the best retail POS systems and the best restaurant POS systems to see which one might be the perfect fit for your specific needs.