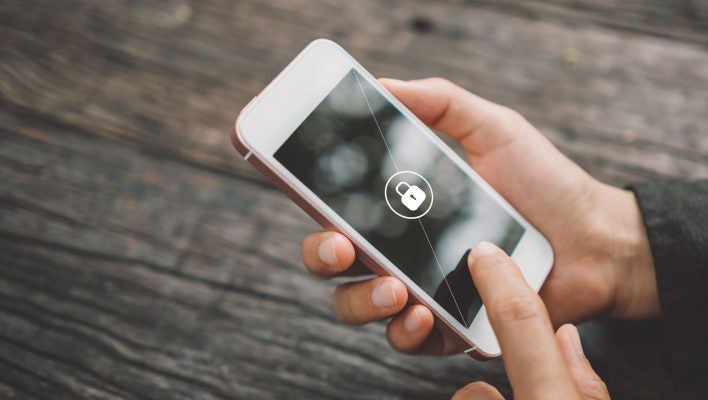 Apple's newest iOS update apparently has some serious security holes, as the company is rolling out a patch that you really need to download as soon as possible.

The tech giant launched its iOS 14.5 update just a week ago, and everyone was itching to get it installed. With advanced Siri controls, new emojis, Apple Podcasts support, and the ability to unlock your iPhone with your Apple Watch, the update proved to be one of the more substantial upgrades in recent memory. It even added some heavy duty privacy controls that allow you to control which apps can track your data.

Unfortunately, those privacy controls appear to be causing some problems, as Apple has dropped another update to keep hackers out of your device.

What's the deal with the new iOS update?

In a support blog post from Apple about the security updates, the company noted that “Processing maliciously crafted web content may lead to arbitrary code execution.” And, unfortunately for iPhone users that downloaded the update right away, this threat as far from hypothetical.

“Apple is aware of a report that this issue may have been actively exploited.”

In human terms, this means that hackers can gain access to your device and run commands, essentially giving them complete access to your personal data. The vulnerabilities affect all smartphones from the iPhone 6 and all iPad models currently in operation.

How do I update my iPhone or iPad?

While the threat of this security vulnerability is very real and the “active” nature of the threat is kind of scary, the good news is that updating your iPhone or your iPad to prevent any significant damage is incredibly easy. If your device hasn't done it on its own, all you have to do is follow these steps to update your device immediately.

Yes, it's that easy. You'll then be asked to actually install the update, which you should obviously do. Once you've downloaded and installed the update, you may be required to restart your device, but only in some cases. As soon as your device is back up and running, you'll be 100% safe and secure from this security snafu!

How can I further protect myself online?

As you've likely noticed in recent years, the online world is riddled with security threats and cyber criminals. Scams come in all forms, from email to text, and hackers around the world are constantly after your personal information. Fortunately, outside of this small Apple update, there are lots of ways you can protect yourself online to mitigate the risk while surfing the web.

Password managers are a great place to start. These handy tools not only take the guess work out of securing your accounts, but they also help you substantially protect your personal information with encrypted system that keeps your data safe. You can also try out a VPN, which is a great way to keep your web traffic hidden from anyone that may be watching. Our top-rated provider is NordVPN, which offers some of the best protection on the market. Finally, antivirus software may seem unnecessary for Apple devices, but the reality is that they can really make a difference, particularly when it comes to these security vulnerabilities that pop up from time to time.

All in all, the best way to make sure you're safe online is to stay vigilant. Most scams and security vulnerabilities are pretty obvious if you take the time to analyze them, so make sure you aren't rushing to input your credit card information anywhere that could lead to some nefarious behavior.