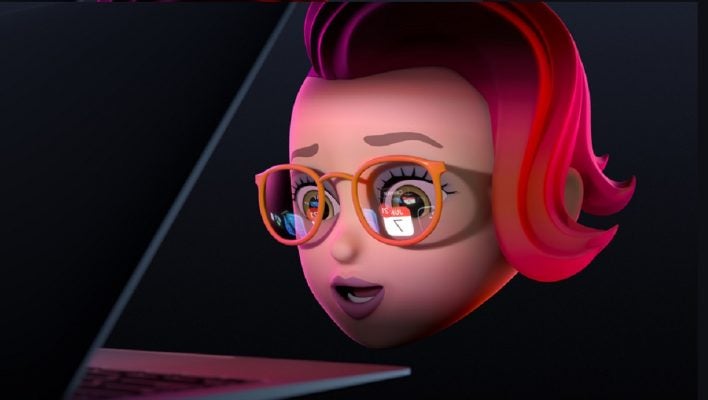 Apple's annual worldwide developers conference is following in the footsteps of its 2020 event, and again, happening entirely online.

We've seen many events replace the physical space with the virtual one in the last year, and for a company that prides itself on cutting edge tech innovation, it's no surprise to see Apple make the decision.

With rumors of new hardware, and new software updates, it'll definitely be one to watch (virtually).

Announced via a press release on Apple's site, the online WWDC21 doesn't give much away in terms of what to expect, although the accompanying single graphic of an emoji looking at a calendar is bound to have already been forensically deconstructed by enthusiasts.

What we do know is that the event is due to take place between the 7th and 11th of June, and like last year, will be entirely online. Listed as being covered are “announcements from the keynote and State of the Union stages, online sessions, 1:1 labs offering technical guidance, and new ways for developers to interact with Apple.”

We are working to make WWDC21 our biggest and best yet, and are excited to offer Apple developers new tools to support them as they create apps that change the way we live, work, and play. –  Susan Prescott, Apple’s vice president of Worldwide Developer Relations and Enterprise and Education Marketing

WWDC is Apple's platform for updates about its latest OS software, and we don't expect WWDC21 to be any different. Last year, we saw the iOS 14 update, which was a big one, bringing many new features to the iPhone, including a wealth of new privacy settings, and health and wellbeing applications. It also did a number on some users' batteries, but lets not dwell on that.

It's too early to know what to expect from iOS 15, and whether it can deliver the huge volume of changes that came with iOS 14, although rumors suggest that it could be quite a demanding one, and may not run on phones older than the iPhone 7.

Before you get too excited about the prospect of getting to play with iOS 15 in June, remember that while it will almost certainly be announced at WWDC21, most users will need to wait a few months until they have access to it. You can expect developers to get a hands-on with it first, before any issues are ironed out and it's made more widely available.

If we're using last year's WWDC as a potential blueprint, then alongside iOS 15, we'd also expect to see iPadOS 15, given that 14 was announced at the same event last year. The iPad hasn't had it's own dedicated OS for very long – until 2019 it was powered by iOS. However, recent iPadOS has really brought the device into its own, and features such as being able to make the iPad compatible with a mouse have justified it as a potential laptop replacement.

We'd also expect to see updates to MacOS, tvOS and watchOS too – basically, if you own an Apple device, you can probably expect a major update coming at some point this year (as long as it's not too old, that is…).

This one gets a little trickier – while we'd bet the farm on new OS updates this June (they're an integral part of the WWDC DNA), hardware isn't quite as certain. While we have seen some hardware announced at the event in the past, they tend to be few and far between. At last year's event for example, the only hardware announcement was that Apple was moving away from Intel processors to ARM-based ones instead. A huge move for the company, but not one that would excited your average consumer.

There were rumors flying around that March would see some new hardware announcements, although clearly no such event has transpired.  You can't blame people for expecting it; Apple usually has some sort of hardware event around this time, and we're seeing some serious signs that something is afoot. Firstly, a selection of products have been discounted by Apple in the last few weeks, namely the HomePod, and the iMac Pro. Is this a sign that they're being replaced, or just that Apple doesn't want to support them anymore?

Then there's the potential of a new iPad. There has been some sort of iPad launch every March since 2016, but this year, nothing. However, we're pretty certain that Apple is currently cooking something up, thanks to a number of leaks, most interesting of which was a new iPad case found out in the wild that was designed for the ‘New iPad 2021.” Needless to say, this product doesn't yet exist.

As for a new iPhone, it's unlikely. Apple tends to announce these in the fall, so although you'll get some insight into the OS the latest phones will carry, you won't get to see them in the flesh.

Whatever we can expect from WWDC21, you can bet that Apple will serve up a few curveballs. We'll be covering the event live as it happens, so make sure to come back in June.