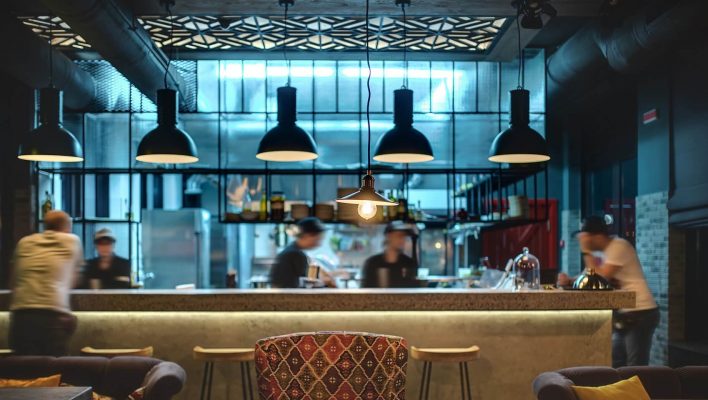 Countries around the globe have stuttered to a halt in a stop-and-start wave of pandemic lockdowns. Across the past two weeks, the US started reversing the process, reopening on a county-by-county basis with just as little oversight as it had locked down with.

For restaurants, bars, and any other business with a bottom line that relies on someone removing their face mask in a public space, reopening poses one big question: can their customers stay safe?

Services that allow contactless ordering and payments may have the answer. But, even these new technologies can present further challenges.

Many restaurants are taking a range of precautions, such as delivering sanitary utensils with the food, rather than setting them out ahead of time; reducing capacity to 50% to allow for better social distancing, and, in some cases, building new outdoor patios to keep customers out of enclosed spaces.

Contactless tech is a further big step towards reducing the potential for virus transmission. One company, BeerBoard, offers a contactless menu and ordering platform called SmartMenus.

Regardless of their tech-savvy, restaurants can easily upgrade to it (BeerBoard is even waiving its normal $200 setup fee as part of its pandemic response). It allows customers to scan a simple QR code to access the menu on their phones.

Point of Sale software services, which have long served as essential software for restaurants, have debuted their own contactless solutions. Toast POS, for instance, has Toast Tap, which lets guests tap or swipe their cards quickly to pay for their meal.

In recent years, the general public has been getting increasingly wary of the ways apps and websites use their personal data. Facebook is a big offender, thanks to its 2018 Cambridge Analytica scandal, while Google is facing billions in fines from the EU.

Restaurants can collect personal data, just like any other institution, and the in-person data collected from contactless tech apps adds up to a greater potential exposure. When things go wrong, the fallout can be severe. UK pub chain Wetherspoons, for example, suffered a data breach in 2015, and later went so far as to fully delete its mailing list of over 700,000 email addresses amid tightening data usage regulations.

Thanks to public backlash over the past few years, tech companies are tamping down their data collection habits. The biggest names are even leading on this – Apple's new iOS 14 and iPadOS 14 updates focus on on-device implementation as a way to avoid collecting as much data as in the past.

Do the restaurant industry's problems go beyond tech?

Ironically, one study has already crunched a vast swathe of in-person restaurant customer data to come to the conclusion that people maybe shouldn't be going out to restaurants at all right now.

JPMorgan combed through the data of 30 million Chase cardholders and paired it with Johns Hopkins University’s case tracker data to uncover a connection. Higher restaurant spending in a given state correlated with a rise in COVID-19 infections three weeks afterwards.

On top of this, in states where shoppers opted for supermarkets rather than restaurants, the virus spread slower. While the study didn't include any stats on the use of contactless tech, these findings don't do a lot to inspire customers to head out to their favorite bar.

Even following the widely recommended social distancing measures to a T won't keep a customer one hundred percent safe. Smaller droplets of aerosol-sized virus particles can use air currents to travel 20 feet, or even farther, scientists have found.

Plus, confined spaces ⁠— such as indoor seating at restaurants ⁠— boost the odds even further.

The most immediate problem restaurants should be thinking about is states re-implementing lockdowns following the rapid rise of coronavirus cases. The sad reality is, this could come immediately after their much-anticipated re-openings.

Texas has already taken the lead, closing all its bars as of today, while officially limiting dine-in restaurants to 50% capacity. Given the rising tide of cases across the nation, it's more than likely other states will follow suit.

That's bad news for restaurants, particularly any independently-owned operations. But, it doesn't mean contactless tech services will lose their momentum. They'll just have to bide their time.

Restaurants will eventually reopen, whether it's in 2020 or later on. And even after the pandemic is over, there's going to be a renewed interest in avoiding any potential germs by opting for a streamlined, digital path towards ordering and paying for food and drink. When the time comes, contactless tech will be there to help.